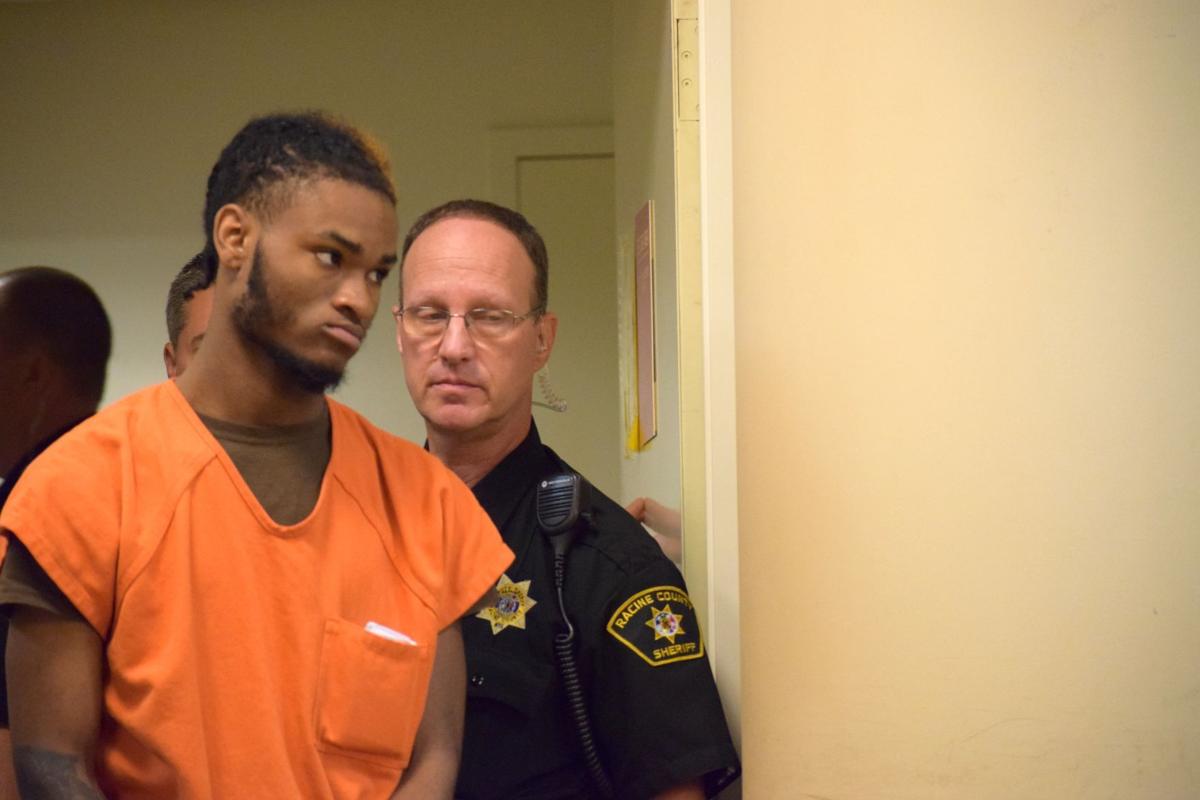 George K. Pearson-Robb, 19, of Milwaukee, appears in court. At his hearing Friday, Pearson-Robb pushed for a his case to go to a jury trial against the advice of his counsel. 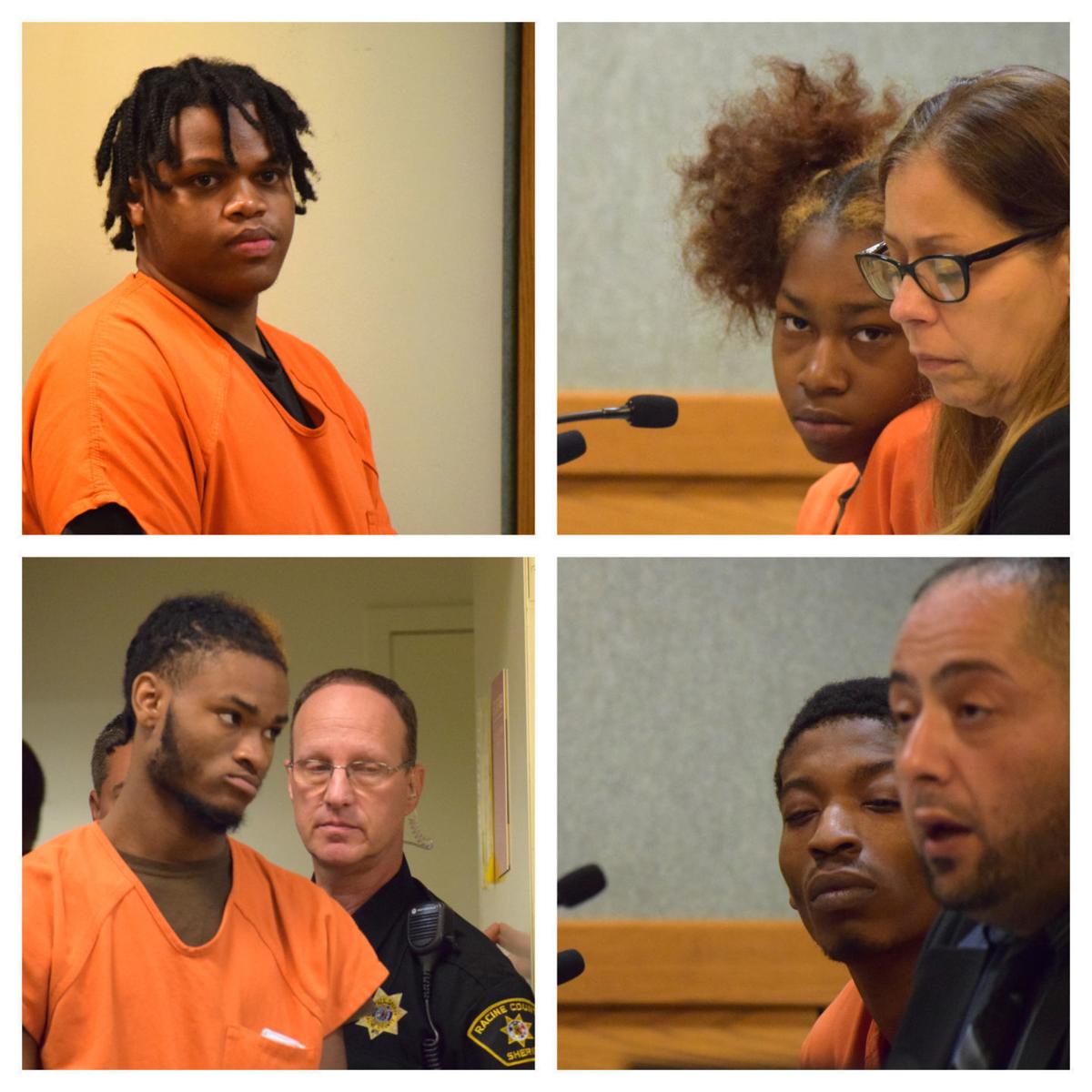 RACINE — One of the four suspects charged in last year’s alleged kidnapping of a Kenosha woman and her children and subsequent robbery of a Racine Wells Fargo Bank, asserted that he wants his case to be heard before a jury, against his counsel’s advice.

George K. Pearson-Robb, 20, of Milwaukee is accused, along with two others, of following a Racine Wells Fargo employee to her home and kidnapping the woman and her two children. The three allegedly drove her and her 2- and 5-year-old daughters to Milwaukee and held them overnight in a basement. The next morning they allegedly went to the Racine bank to rob it before it opened.

At Pearson-Robb’s plea hearing on Friday, his attorney, Odalo Joseph Ohiku, stated that his client wanted to proceed with a jury trial despite Ohiku’s advice to take the state’s offer of a plea deal.

Assistant District Attorney Thomas J. Coaty stated that if Pearson-Robb proceeds with a trial, the state’s offer of a 30-year plea would be withdrawn.

Flancher read to Pearson-Robb all of the charges he is facing and the penalties he could face should he be convicted. He faces one charge of armed robbery with threat of force, three charges of kidnapping and one charge of robbery of a financial institution.

William Q. Howell, 20, and Donterious L. Robb, 24, also are accused of the kidnapping and robbery. A fourth defendant, Lamarra Powell, 19, is charged as a party to the crime since she reportedly was aware of the kidnapping. At one point, Powell allegedly went down to the basement during the night to give the woman and her children blankets and cushions while they were held captive.

Howell had a plea and sentencing hearing on June 8 where, according to court records, the defendant rejected the state’s plea offer of 30 years. His attorney, Laura Ann Walker, withdrew as his counsel.

As of a status hearing on July 21, Howell had not been appointed new counsel. His final pre-trial and jury trial dates set to be scheduled once Howell is appointed a new attorney.

Robb had plea hearings scheduled for April 24 and then July 10, both of which were rescheduled. On July 7, the defense filed a request for adjudication, which would allow the judge to reach a decision based on the evidence presented. His next plea hearing is scheduled for 10 a.m. on Aug. 14.

At a plea hearing on June 12 conducted via ZOOM, Powell’s attorney, Julius Andriusis, requested another date be scheduled for the hearing. Coaty, again representing the state, did not object. No plea offer had been finalized. Powell’s next hearing is a status conference scheduled for 8:30 a.m. on Aug. 3.

Damien D Bell, 1200 block of Franklin Street, Racine, possession of a firearm by a felon, obstructing an officer.

One man was reportedly shot during the July 19 incident.

STURTEVANT — A Mount Pleasant man allegedly tried selling pills while on probation, then reportedly lied to police about having COVID-19.

RACINE — A Racine man allegedly assaulted staff members at Ascension All Saints Hospital, 3801 Spring St., while being treated for intoxication.

RACINE — A Racine man allegedly sexually assaulted a child under the age of 10.

Person hit in Save A Lot parking lot in serious condition

RACINE — A person who was hit in the parking lot Friday afternoon at Save A Lot on State Street was left with serious injuries, according to R…

Sturtevant man allegedly strikes pedestrian with pickup and flees; reportedly under the influence

RACINE — A Sturtevant man allegedly struck a pedestrian with his pickup while under the influence and fled the scene, prosecutors contend.

UPDATE: A judge could order vandal to pay to fix damaged grave markers at Mound Cemetery

At least 13 headstones were damaged, knocked over, cracked or destroyed last night at Mound Cemetery.

George K. Pearson-Robb, 19, of Milwaukee, appears in court. At his hearing Friday, Pearson-Robb pushed for a his case to go to a jury trial against the advice of his counsel.