YORKVILLE — A building on the County Fairgrounds nearing its 100th anniversary is set to be renovated on time for the 100th fair this coming July.

The county received its rebate from the Miller Park stadium tax and put that in a separate account “knowing someday something really good would come along that we could use that money for,” District 11 Supervisor Robert Miller said. “I’m sure you’ve been to the fair, you’ve seen it, it’s a beautiful building, and it’s going to be put back into service with the partnership and these funds.”

Racine County is approved to give $50,000 from the Miller Park tax refund account. The total cost of the project is $100,000 with the remainder being fundraised by the community.

Four resolutions, including this resolution, were approved at the same time with a unanimous vote, 18-0. Supervisors Thomas Pringle, Tom Hincz and Melissa Kaprelian were absent.

“This is an opportunity to partner with some of our citizens who are concerned about a very historic, very beautiful building that we own,” Miller said.

The organization is made up of people from Kiwanis groups, Lions Club groups, history groups and members of the county. These people have donated money and will be donating labor as well to get the project done.

Racine Mercantile Hall was built in 1927 by merchants in the City of Racine so they could display their goods. The building hasn’t been open to the public for at least a handful of years, Moyer said. Currently, the building stores picnic tables.

It’s a 126-by-28-foot raised roof barn with wooden sides, paneled wood sheeting inside the walls and a poured concrete foundation and floor.

The building features two overhead doors on each end and 40 single-pane windows. A new shingled roof was installed in 2019.

The building was originally half dark green, half light gray. The renovation is set to return the building to the original colors along with lettering on the north and south sides in gray, black and gold — however, the lettering colors haven’t been completely determined, Moyer said.

The entire foundation will additionally be redone so the building will be raised and more stable than before. Currently, the floor is cracked and the building is leaning to the side, so with updates to make the floor a smooth surface, fairgoers will be safer, Moyer said.

The goal is to finish the project by June 1 of next year.

Photos: Animals, food, games and more at the 2021 Racine County Fair in Yorkville

Cactus on display in flower competition at Racine County Fair

Family enjoys picnic in the grass at the Racine County Fair

Ilana McCormick, 2, of Racine, rides a pony at the Racine County Fair

Kids on carnival ride at the Racine County Fair 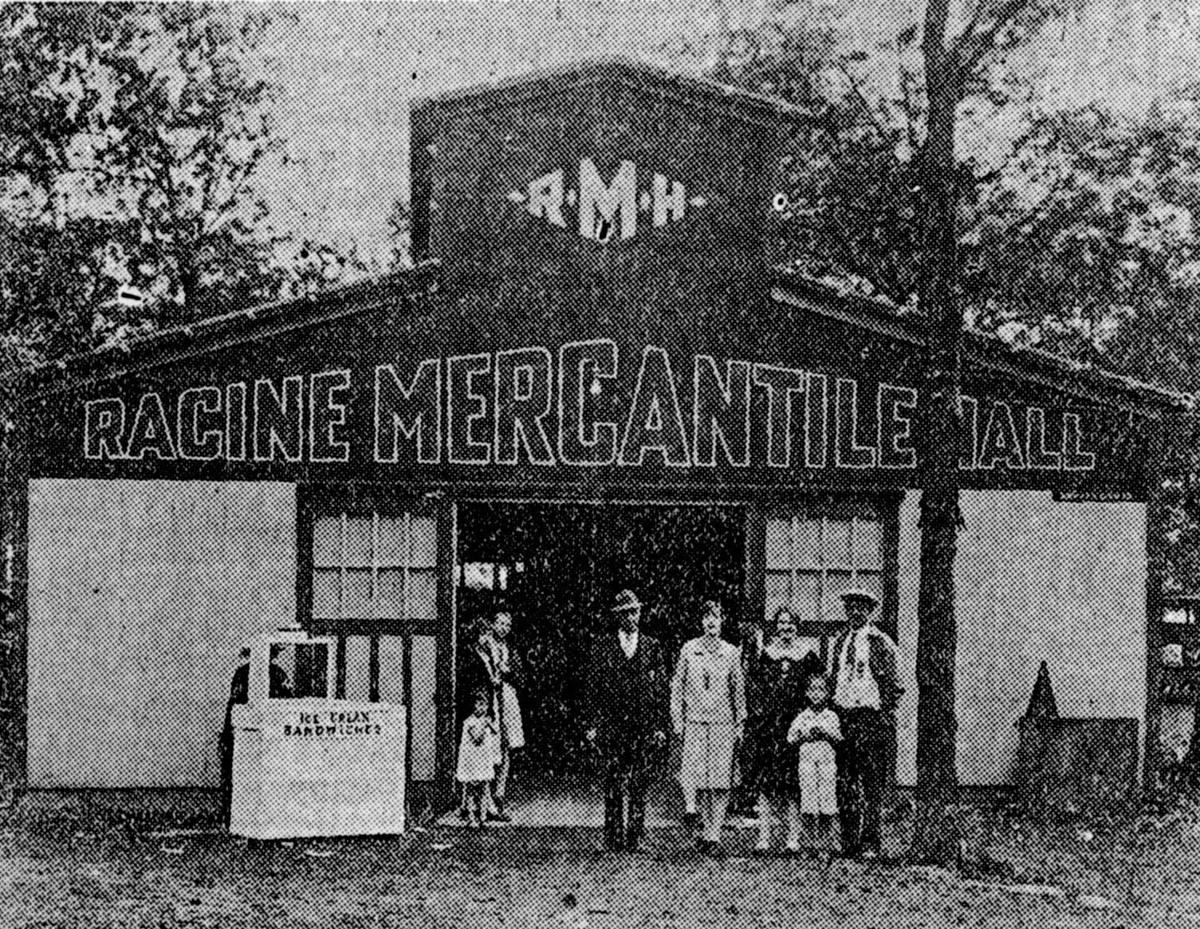 Pictured is an older version of Racine Mercantile Hall. The hall was built in 1927 by merchants in the City of Racine so they could display their goods. 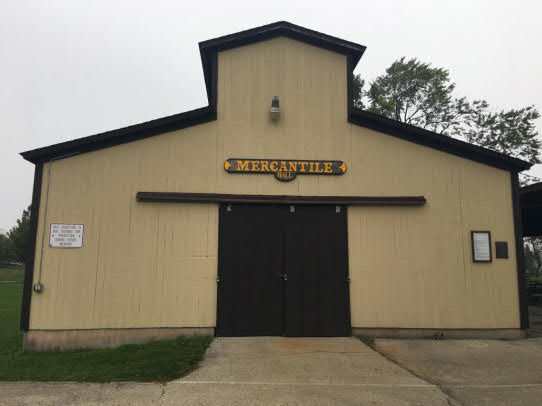 Pictured is the current version of Racine Mercantile Hall, a 126- by 28-foot raised roof barn with wooden sides, paneled wood sheeting inside the walls and a poured concrete foundation and floor. The renovation approved by the Racine County Board of Supervisors is set to return the building to its original green and light gray colors, along with lettering on the north and south sides in gray, black and gold — however, the lettering colors haven’t been finalized.