Become a Member
Read Today's E-edition
Share This
Could this be Burlington's future? Nearby city reflects on removal of dam and loss of popular waterway
0 Comments
Share this
SCOTT WILLIAMS

DELAFIELD — If residents around Echo Lake in Burlington want a glimpse of the future, they might find a crystal ball outside Sally Weber’s house along the Bark River.

Where a dam once impounded the river into a scenic 12-acre body of water, the pond has been drained following a long and contentious fight among neighbors in this Waukesha County community.

The circumstances surrounding the demise of Delafield’s pond about 10 years ago bear a strong resemblance to Burlington’s dilemma today: Invest millions to save the body of water, or remove an aging dam and let it vanish into the history books.

About 30 miles north of Burlington, the spot where Delafield’s pond once stood is today filled in with trees, wildlife and other natural beauty. The Bark River, now unobstructed by the dam, flows on past, attracting kayakers and fishing enthusiasts.

Weber, whose mother, Margaret Zerwekh, owned the dam and fought successfully to remove it, says her now-deceased mother was delighted with how the landscape restored itself after the pond was drained.

Zerwekh died in 2018, about six years after the dam was removed.

“She was very happy that the river was running free,” Weber said. “She always said: ‘Now the river is doing what it’s supposed to do.’ “

But neighbors who tried to save the pond — much like some Burlington residents hope to keep Echo Lake — are unhappy with how the area has changed since the pond disappeared.

Not only have those neighbors lost the eye-catching views and waterfront fun that comes from having a pond in your backyard, the resale value of their property has declined, in some cases as much as nearly 30%.

Neil Mooers, one of the neighbors who tried to stop the dam removal, said his backyard was much more enjoyable — and valuable — when the pond was there. County tax records show that Mooers’ property value has dropped $14,000, or about 5%.

The vacant space behind his house now is filled with tall plants and frequently becomes overrun by swarms of mosquitoes.

“It doesn’t look horrible,” Mooers said. “But it’s not what it was.”

Other neighbors have welcomed the transformation that has occurred since the dam was removed.

Joe and Cindy Dauer, who live upstream of where the pond existed, say the water quality had deteriorated into a “cesspool.” The couple opted not to join other neighbors in waging battle against Zerwekh to prevent her from taking down her dam.

Since the pond was drained, the Dauers say, the Bark River is running more smoothly, the water has receded to a more manageable depth, and more fish can be seen swimming by.

The Dauers have installed a deck overlooking the river from their backyard. They enjoy the trees and other natural growth that has sprung up where the pond once stood.

“You would never even know it was there,” Joe Dauer said of the pond. “Everything just grew right up.”

Burlington has faced a similar decision looming on Echo Lake since 2015, when state regulators determined that Burlington’s old dam was inadequate. Just like Delafield, Burlington must decide whether to upgrade the dam or remove it and let the lake drain into the White River.

Both dams originated as sources of energy during Wisconsin’s industrial pioneer days in the 19th century.

Unlike Zerwekh’s privately owned dam, the dam at Echo Lake is owned by the city. That means Burlington taxpayers are directly responsible for the cost of whatever strategy the city chooses.

An engineering firm has already calculated that dredging Echo Lake would cost $2.5 million to remove decades of sediment and pollution. A study expected to be released in November will outline options and costs for improving or replacing the dam.

The Burlington City Council plans to make a decision by February.

Echo Lake, which is located near the center of town, has been a popular spot for fishing, boating and other activities. The adjacent Veterans Terrace conference center hosts weddings and other events drawn to the picturesque waterfront setting.

At 70 acres, Burlington’s lake is significantly larger than the 12-acre pond that existed on Delafield’s Bark River.

Cost-benefit and a jury

State regulators in the late 1990s told Zerwekh that her dam — officially known as the Nemahin Roller Mill Dam — was substandard. She later discovered that upgrading the dam would cost $750,000, while removing it would cost just $75,000. What is more, the state Department of Natural Resources had a funding source that would pay the removal costs.

Michelle Hase, a state engineer who worked with Zerwekh on the project, said the property owner decided to remove the dam and let nature take its course on the Bark River and the surrounding acreage, without the intrusion of a manmade barrier.

“It became about restoring the river,” Hase said. “She felt very passionate about that.”

Neighbors, however, were not going to give up their pond without a fight.

A half-dozen neighbors joined forces and hired lawyers. They tried to purchase Zerwekh’s land. Then they approached the City of Delafield about condemning the property. Finally, they filed a lawsuit and argued that draining the pond would hurt their property values and their quality of life.

A jury in 2012 ruled in Zerwekh’s favor, reasoning that she had a right to do what she wanted with her private property.

The neighbor who led the unsuccessful challenge, Gayle Gaborsky, declines to comment these days about the long-ago battle.

Paul Kent, an attorney who represented the neighbors, said the drained lake in 2012 created a muddy mess. But the area has since sprouted many trees and other natural growth.

“I’m sure it looks better (now) than it did for a while,” Kent said.

Delafield City Administrator Tom Hafner said city officials stood behind Zerwekh’s rights as a property owner, and he still believes it was the correct decision.

Hafner said he has heard no complaints about nuisances or other problems where the pond once existed. In fact, the city is working on a nearby recreational path that would allow bicyclists and pedestrians to enjoy the newly restored riverfront.

“It looks rather nice,” he said.

Of the Burlington residents who are working to save Echo Lake, Hafner said he offers one word of advice: “Even if it does go away, it might not look so bad.”

Photos: From industry to recreation, Burlington's beloved Echo Lake through the years

Man standing on dam at Echo Lake in Burlington in 1900

Locomotive roars past the Echo Lake dam in Burlington circa 1890

Low-water conditions on Echo Lake in 1904

Spectators watch boat races on Echo Lake in the year 2003 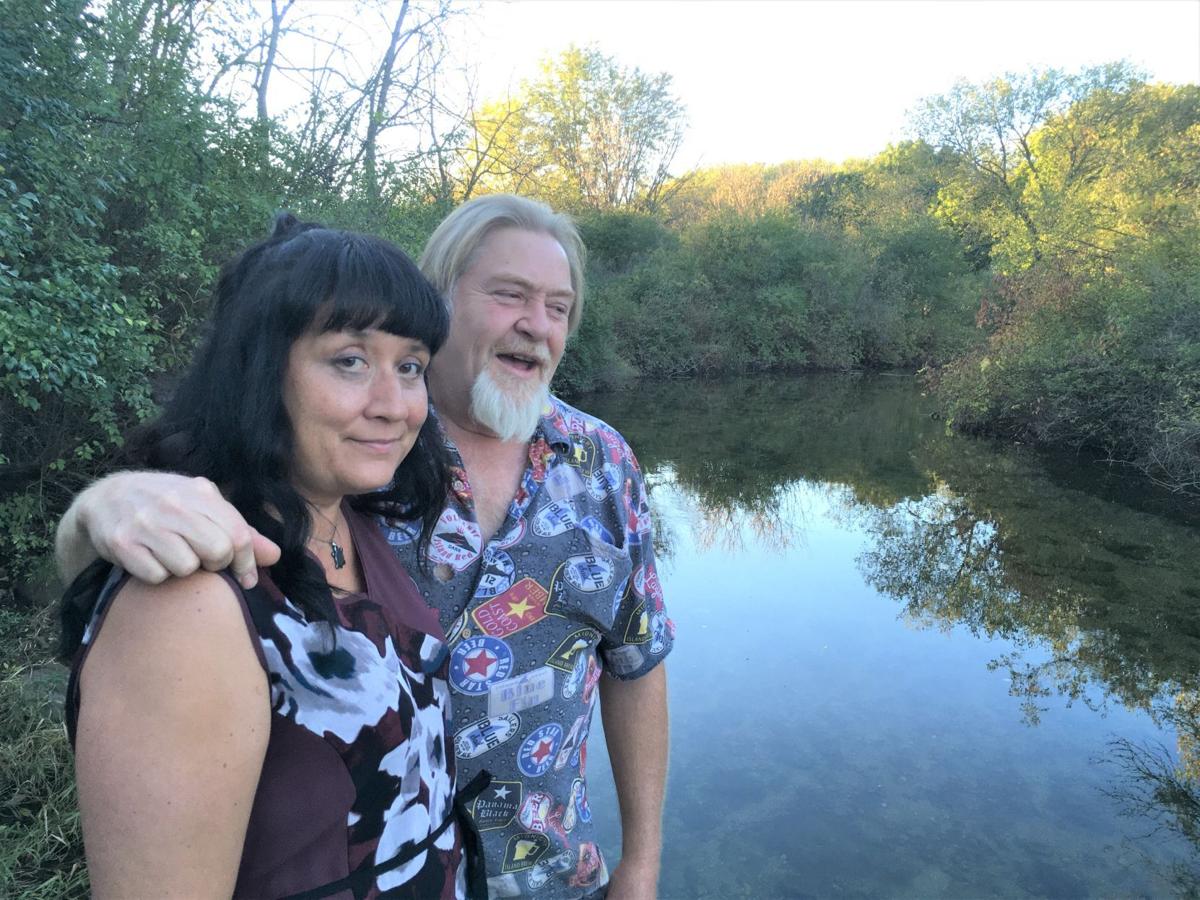 Cindy Dauer, left, and her husband, Joe Dauer, pose on their property along the Bark River in Delafield. They say life on the river is better now that a nearby dam has been removed and a pond was drained. 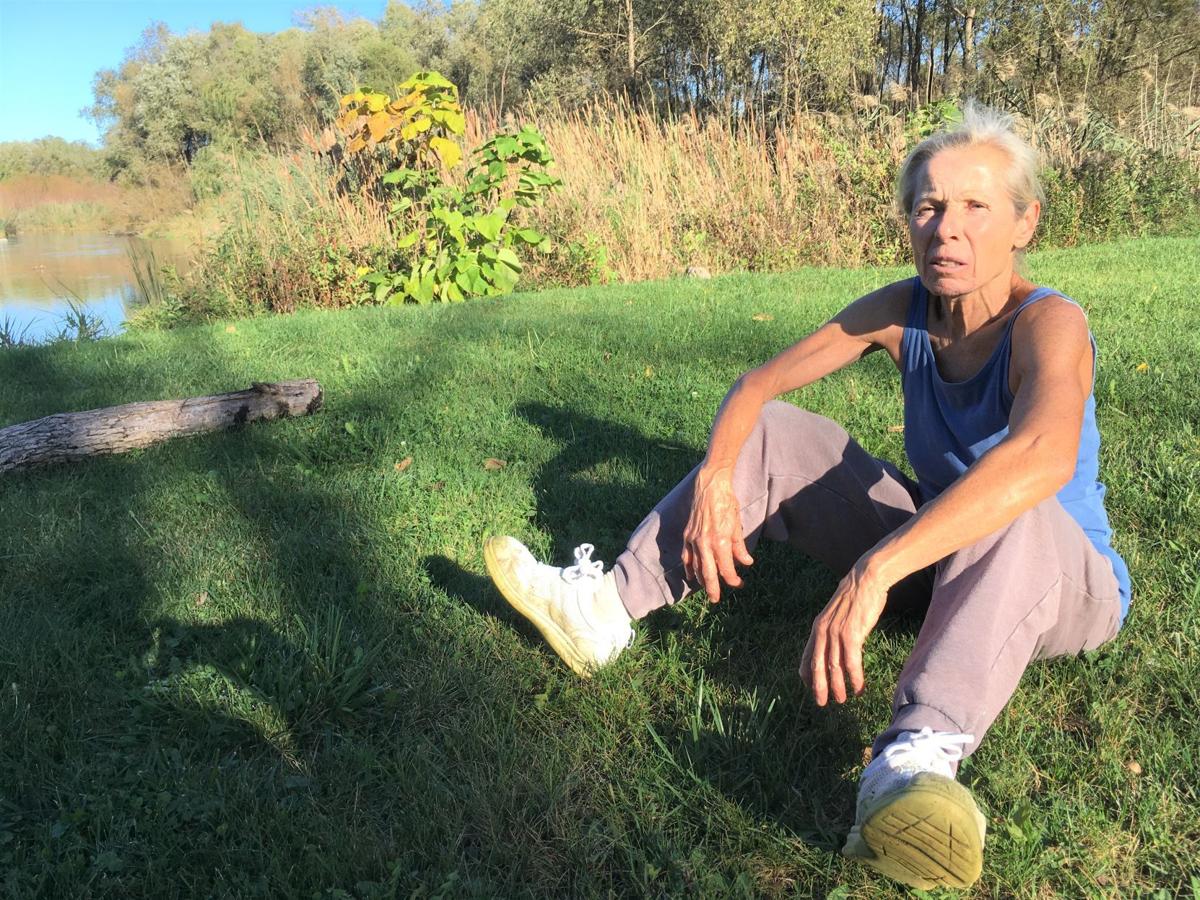 Sally Weber relaxes in the grass outside her Delafield home — her mother's former home — surrounded by trees and other plants that have grown since a dam was removed and a pond drained into the Bark River, shown on the left. 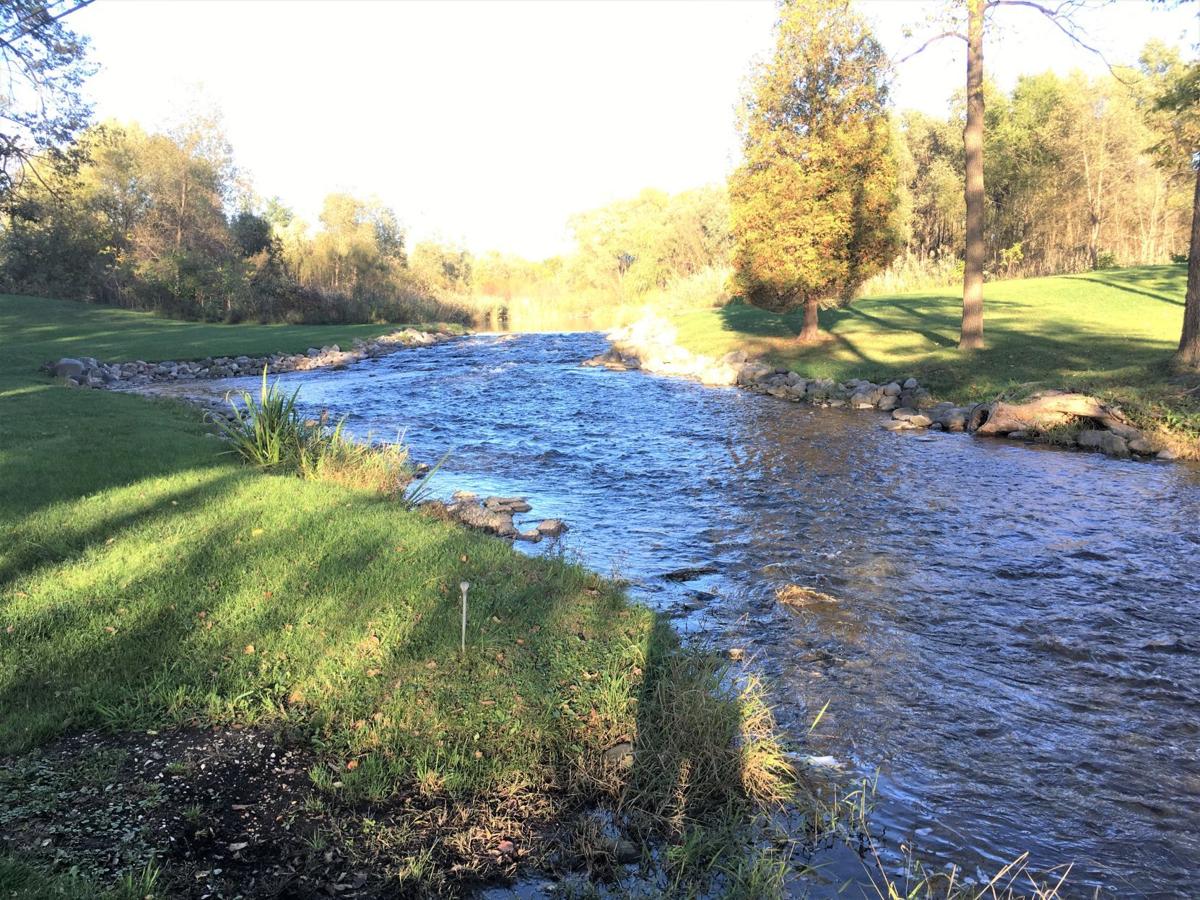 In a spot where a 12-acre pond once existed, the Bark River flows through the Waukesha County city of Delafield, surrounded by trees and other plants that have grown naturally. 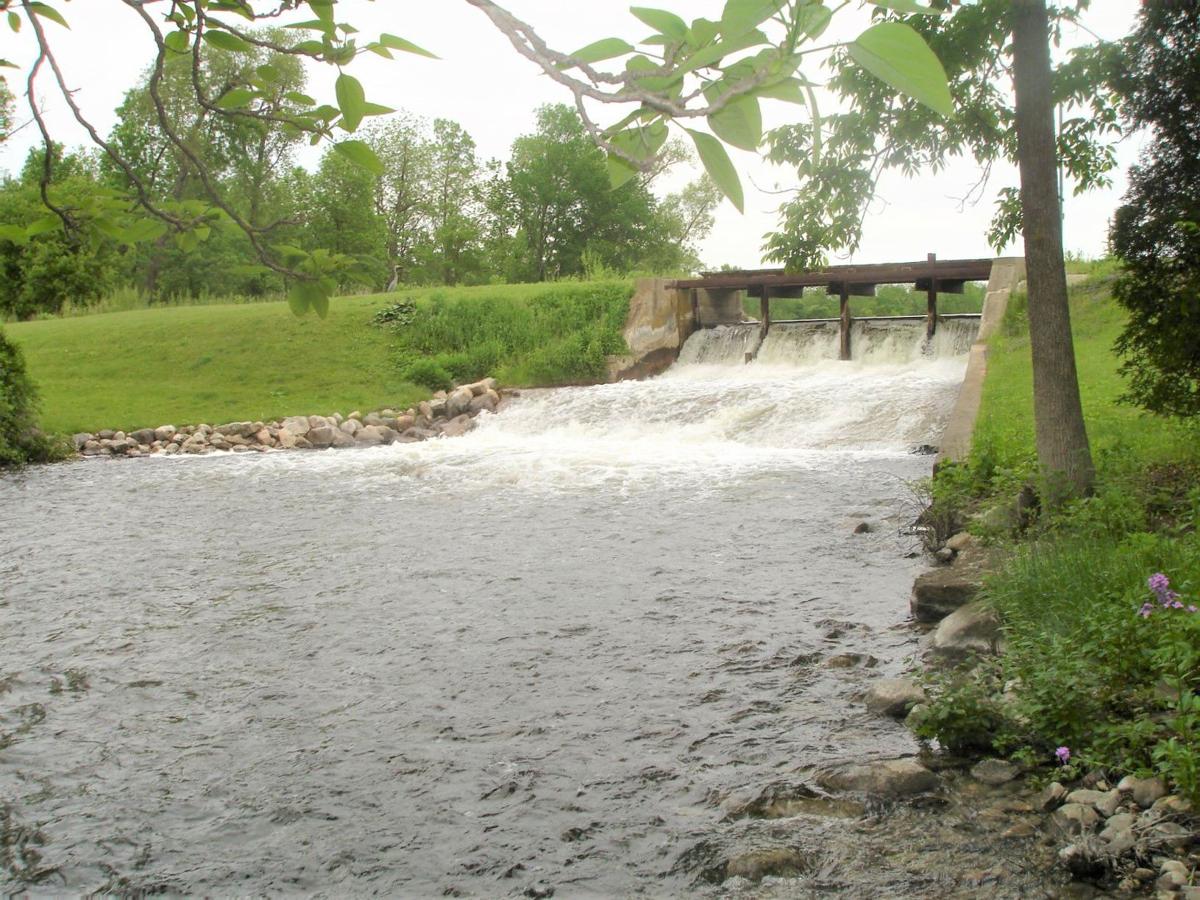 In an image provided by the Wisconsin Department of Natural Resources, the Nemahbin Roller Mill Dam is shown on the Bark River in Delafield before the owner, Margaret Zerwekh, removed the dam and restored the river's natural flow. 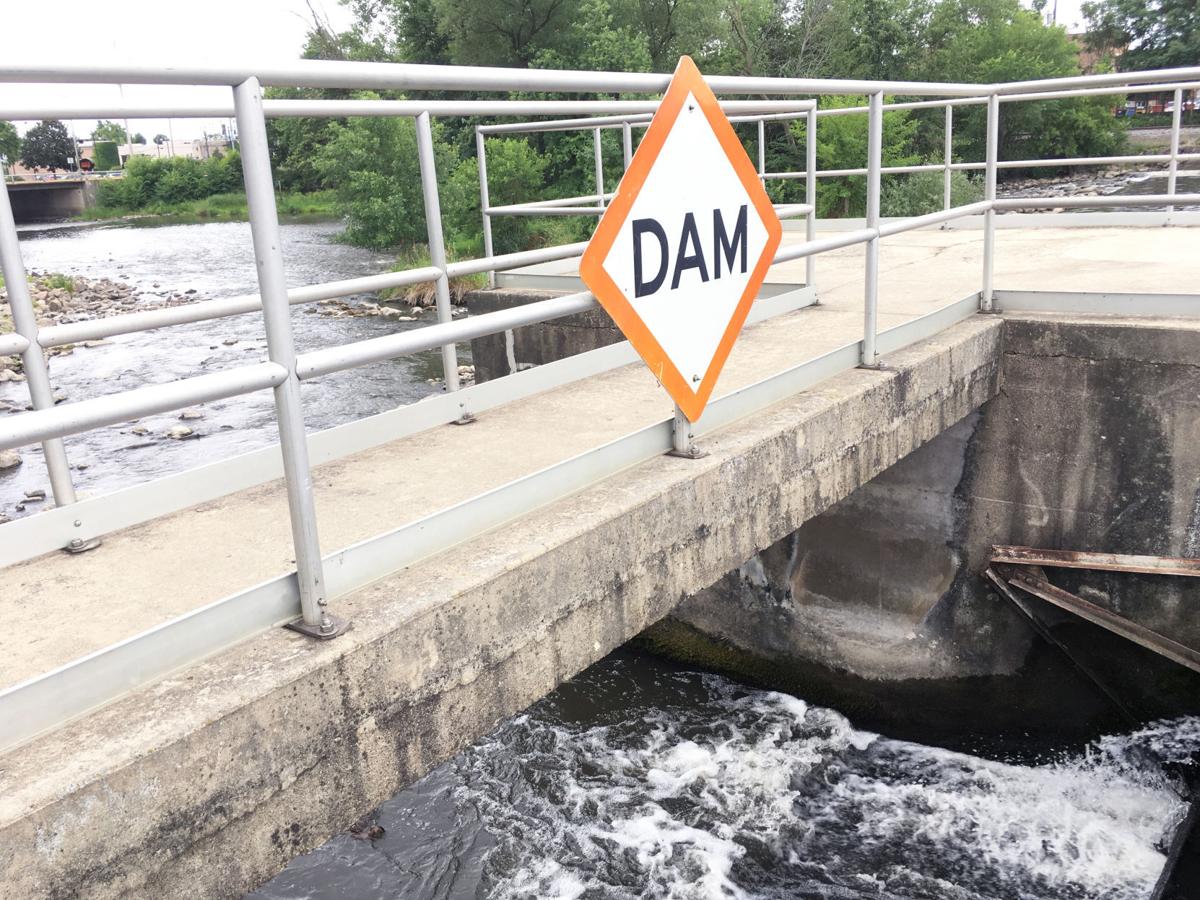 Believed to be more than 50 years old, the concrete dam at Echo Lake in Burlington no longer meets state standards and has been ordered improved or removed by 2025.