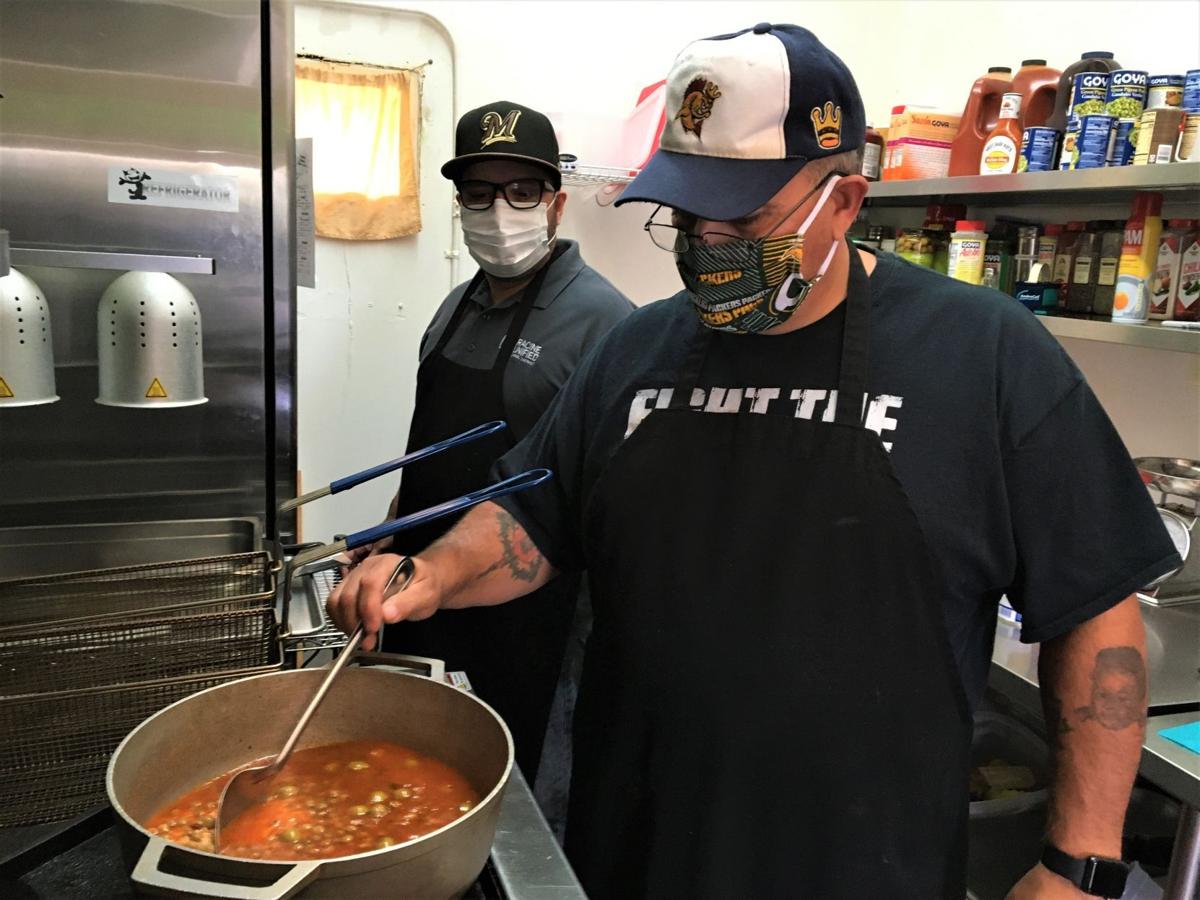 Restaurateur brothers José, background, and Art Felix, born of Puerto Rican ancestry, are living out a longtime dream with their Aug. 15 opening of Gato’s at 301 Hamilton St., Racine, near North Beach, Downtown Racine and the Reefpoint Marina. 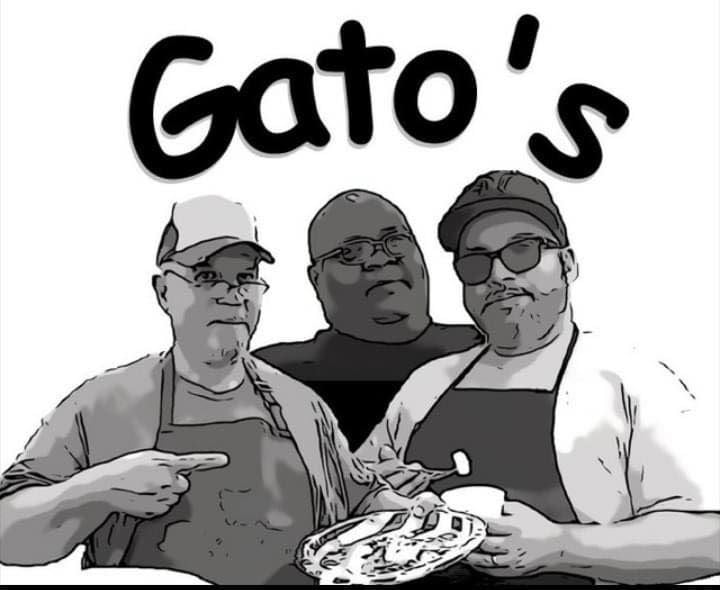 The name of Gato’s Restaurant pays tribute in part to co-owner José’ Felix's lifelong best friend, the late Jermaine LaVale Martin, nicknamed “Gato Negro” (Black Cat) by his friends. Martin is pictured at the center of the restaurant’s logo between Art Felix, left, and José.

RACINE — When asked how they’re doing at work, a lot of people will sarcastically reply: “Living the dream.”

But when you ask brothers José and Art Felix how they’re doing these days, they really mean it when they say they’re “living the dream” following the late-summer opening of their dream restaurant, Gato’s, at 301 Hamilton St., one block east of Main Street.

Born of Puerto Rican ancestry, Art and José shared a longtime dream of someday opening a restaurant together and offering their family favorite ethnic foods to the community.

The brothers operate Gato’s with the help of their business-partner spouses — Art’s wife, Diana, and José’s wife, Maria — who are both of Mexican ancestry.

Art and José work their culinary artistry in the long, narrow galley-styled kitchen alongside their sister, Sandra Moreno, a veteran food-service worker at UW-Parkside and St. Catherine High School. Jose’s daughter Mercedes works the front of the house.

No stranger to food service, José and Maria had been partners at Fat Flaco’s on High Street in Racine before the business partnership dissolved. Diana and Art, meanwhile, had been involved with fundraiser food sales for nonprofits and charitable causes, including Puerto Rico hurricane relief efforts.

When the 29-seat former Cliff’s Boathouse Café became available after its 31-year run, the brothers jumped at the opportunity, a giant leap of faith in the face of the various pandemic-related restrictions. The location offered Art and José everything they had been looking for – a small dining room and kitchen, a “great location” near popular North Beach, and close proximity to all the Downtown Racine and Reefpoint Marina action.

Siblings José, Art and Sandra come by their shared love for cooking honestly, inspired and mentored in the culinary arts by their mother, who came to the Midwest with her husband from Guayana, Puerto Rico, in search of better opportunities for their growing family, which eventually numbered 17 children.

“All the Felix family celebrations … revolved around food,” José said. “Every Sunday, Mom would have all the siblings over with the grandchildren and cook a big meal for the whole family — and it was a real big family. And holidays, too. She’d cook all day for the holidays – she’d start early in the morning and people would show up in the evening for dinner. She just loved to cook — and that’s where we got it from. I’d watch her cook. That’s how you learn – sitting in the kitchen watching Mom.”

The name of the restaurant has personal meaning to the brothers. Gato, which means “cat” in Spanish, is a nod to the family name Felix in reference to the “Felix the Cat” animated cartoon. The name also pays tribute to José’s lifelong best friend Jermaine LaVale Martin, nicknamed “Gato Negro” (Black Cat) by his friends. Martin, a good friend of the extended Felix family and a longtime cook at the now closed De’Pizza Chef in Downtown Racine, died unexpectedly on May 7 at age 49.

“He’s here with us every day,” said José of Martin as he motioned skyward. Martin is pictured in the restaurant’s logo between Art and José: “He’ll always be a part of it.”

The brothers say the Latin American restaurant has enjoyed “an awesome welcoming from the Racine community,” who learned about Gato’s through Facebook and the invaluable word-of-mouth advertising provided by family and friends.

José said Gato’s has been doing “pretty decent” business despite the various COVID-19 restrictions; Art said the restaurant has “a lot of repeaters.”

The menu at Gato’s brings together Puerto Rican, Mexican and American food.

“We’ve got something for everybody,” said Diana of Gato’s menu.

José agreed, noting that it’s not unusual for orders to include a mélange of American, Mexican and Puerto Rican selections.

“Most everything we do is made to order — it takes a little while to get your food but it’s fresh food,” Art says as he dotes over a steaming pot of slow-cooked Puerto Rican rice, confessing a personal love for the crispy, crunchy, dark “pegao” that inevitably builds up on the bottom of the pan during the cooking process, his confessed breakfast of choice most days.

Out of an abundance of concern for both staff and customers, Gato’s dining room is closed, with the restaurant currently only offering carry-out, curbside pick-up and DoorDash delivery through Menufy.

For more information or to place an order, call Gato’s at 262-456-7081. More information is also available online at www.gatosracine.com or on Facebook @GatosRestaurantRacine.

Restaurateur brothers José, background, and Art Felix, born of Puerto Rican ancestry, are living out a longtime dream with their Aug. 15 opening of Gato’s at 301 Hamilton St., Racine, near North Beach, Downtown Racine and the Reefpoint Marina.

The name of Gato’s Restaurant pays tribute in part to co-owner José’ Felix's lifelong best friend, the late Jermaine LaVale Martin, nicknamed “Gato Negro” (Black Cat) by his friends. Martin is pictured at the center of the restaurant’s logo between Art Felix, left, and José.