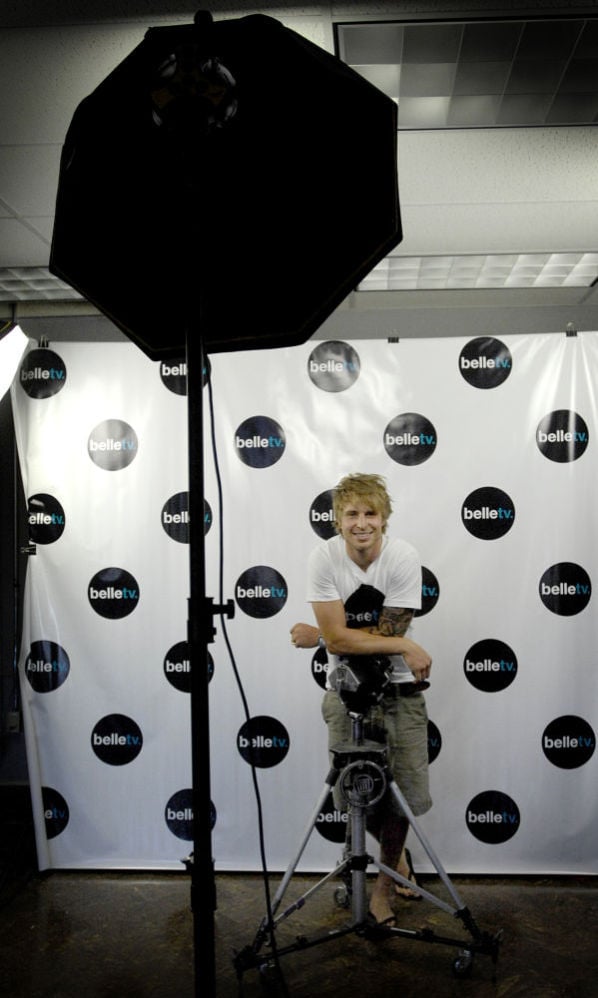 Dom Kegel is the new station station program director for the former CAR25, which is now called BelleTV. Photographed on July 12, 2013. / Gregory Shaver gregory.shaver@journaltimes.com Buy this photo at jtreprints.com 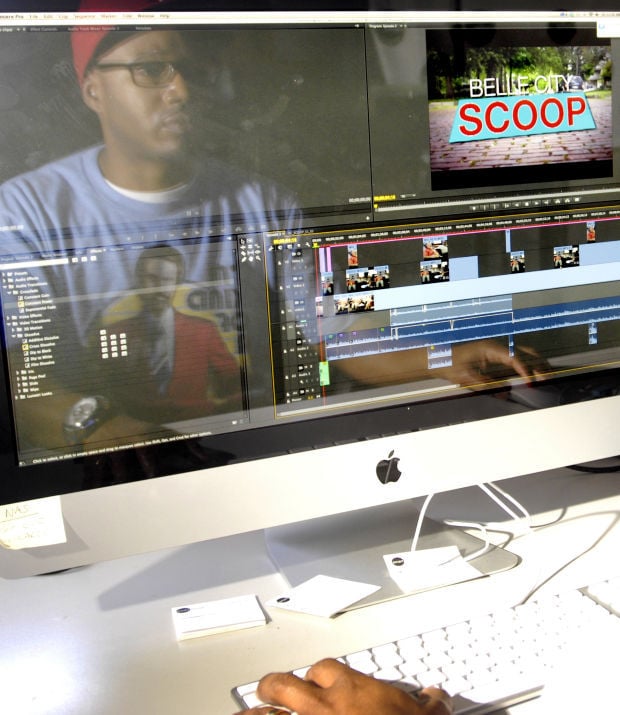 RACINE — Skies Fall Media Group, the private contractor hired this spring to run CAR25, has embarked on an ambitious re-branding of the channel, and it has started with a new name and logo.

Call up the studio — still nestled on the third floor of the City Hall Annex building, 800 Center St. — and the greeting you’ll hear is: “Hello, BelleTV.”

Re-branding the channel is something the company knew it wanted to do as soon as it took over the reins, Skies Fall owner Ben Kasica said recently.

The company decided on BelleTV, because it harkened back to the city’s old nickname “Belle City of the Lake,” Kasica said.

“(We were) trying to think of something that featured both the heritage and history of Racine, and that did it in a new, fresh way,” he said.

“We wanted it to be something that if you were not from Racine, and you happened to browse it online, you wouldn’t be immediately turned off by the name or number,” he said.

But the name isn’t the only thing at the former CAR25 that has been changed or updated.

The channel also has a new website, belletv.tv, and even a few new shows.

The site isn’t finished yet, but it has a landing page where visitors can watch via a live video stream showing what is being broadcast on the actual channel — something that wasn’t possible on the outgoing CAR25 site, Kasica said.

The full site should be finished and linked to the city’s website by the end of July or August, Kasica said.

Having a high quality site is important, he said, mainly because it opens up the channel’s content to everyone, not just those people who live in Racine County and have cable.

It’s been about five months since the City Council voted to give City Hall permission to contract with Skies Fall — a move that followed months of wrangling among the administration, aldermen and city employees who ran CAR25 over the process used to search for and select a contractor.

Although the council ultimately voted to let the administration contract with the company, some aldermen wondered whether Skies Fall, which at that point had never run a cable access channel but did have production experience, could do the job, especially for what the city would pay.

Kasica said that “small budget” has meant that Skies Fall, which pays a station manager and part-time employee to run the day-to-day operations at the channel, has had to take things a bit more slowly than it would like. But, he says, the company is “making do.”

To generate more revenue that it can use to produce more shows, Kasica said the company is now focusing on getting a good business model in place so it can start soliciting businesses to see if they want to advertise on the channel. They also will be looking at ways “to build relationships with businesses and look for sponsorships,” he said.

In the meantime, Kasica said Skies Fall and channel staff are already working on developing new shows and producing other content as their budget allows.

So far they have a new public affairs show called “Belle City Scoop,” and they just shot the first episode of “Bring Your Hammer,” which Kasica described as a home improvement program show with a comic twist. The company is also looking at broadcasting Racine Raiders games.

Working at the station on Friday, as their part-time employee and an intern sat editing video, Station Program Director Dom Kegel talked gleefully about the efforts Skies Fall was making to improve the channel.

Playing part of a short — but glossy — video of FourthFest highlights, Kegel said the modern, almost music video-like quality of the film is what Skies Fall feels “the city deserves.”

“There are so many fun and interesting things going on in Racine,” he said. “That is why we want to do quality work.”

RACINE — When Mayor John Dickert began pushing to hire a contractor to run the city’s cable access channel, one of the key reasons he gave for…

Dom Kegel is the new station station program director for the former CAR25, which is now called BelleTV. Photographed on July 12, 2013. / Gregory Shaver gregory.shaver@journaltimes.com Buy this photo at jtreprints.com