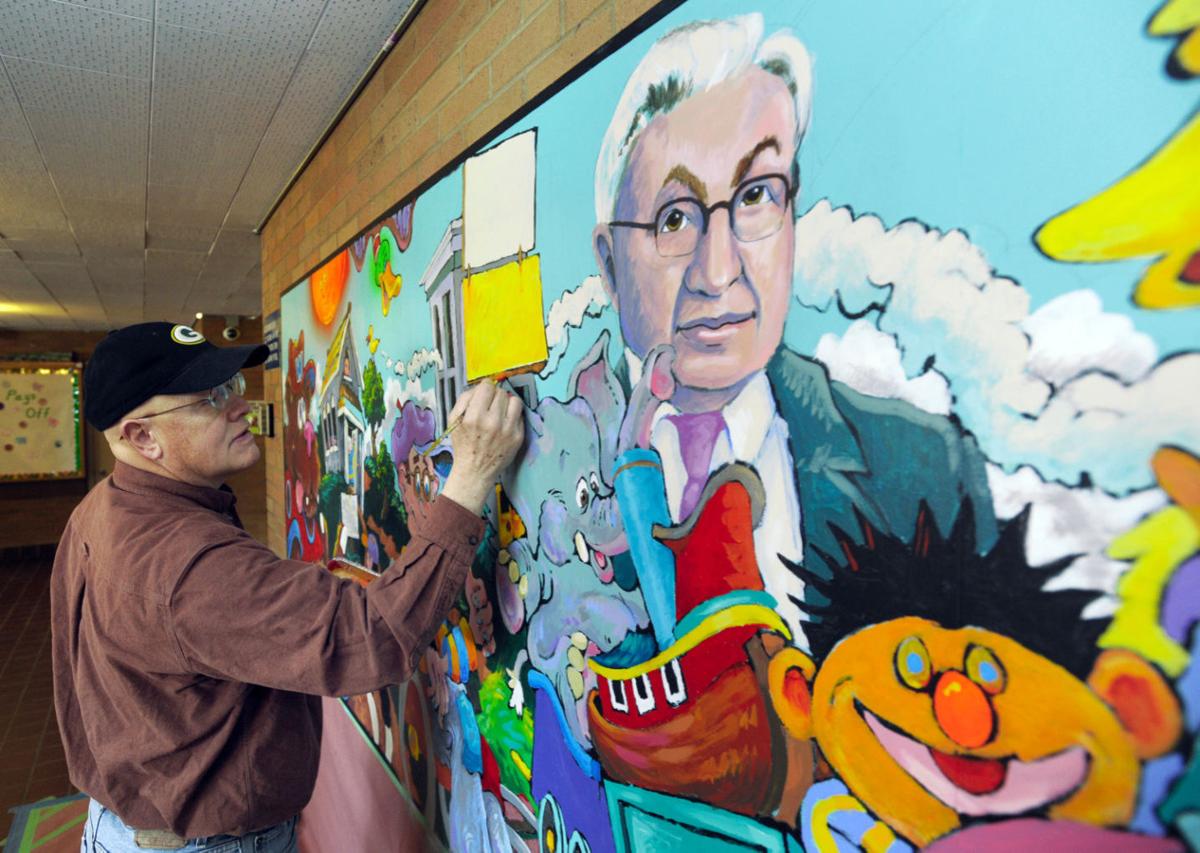 David Holmes, a professor emeritus in visual arts from the University of Wisconsin-Parkside, paints a mural of the history of Wadewitz inside the main hallway at Wadewitz School, 2700 Yout St., on March 30, 2011. Holmes, who died Saturday at the age of 69, painted colorful murals on numerous area school and church walls. 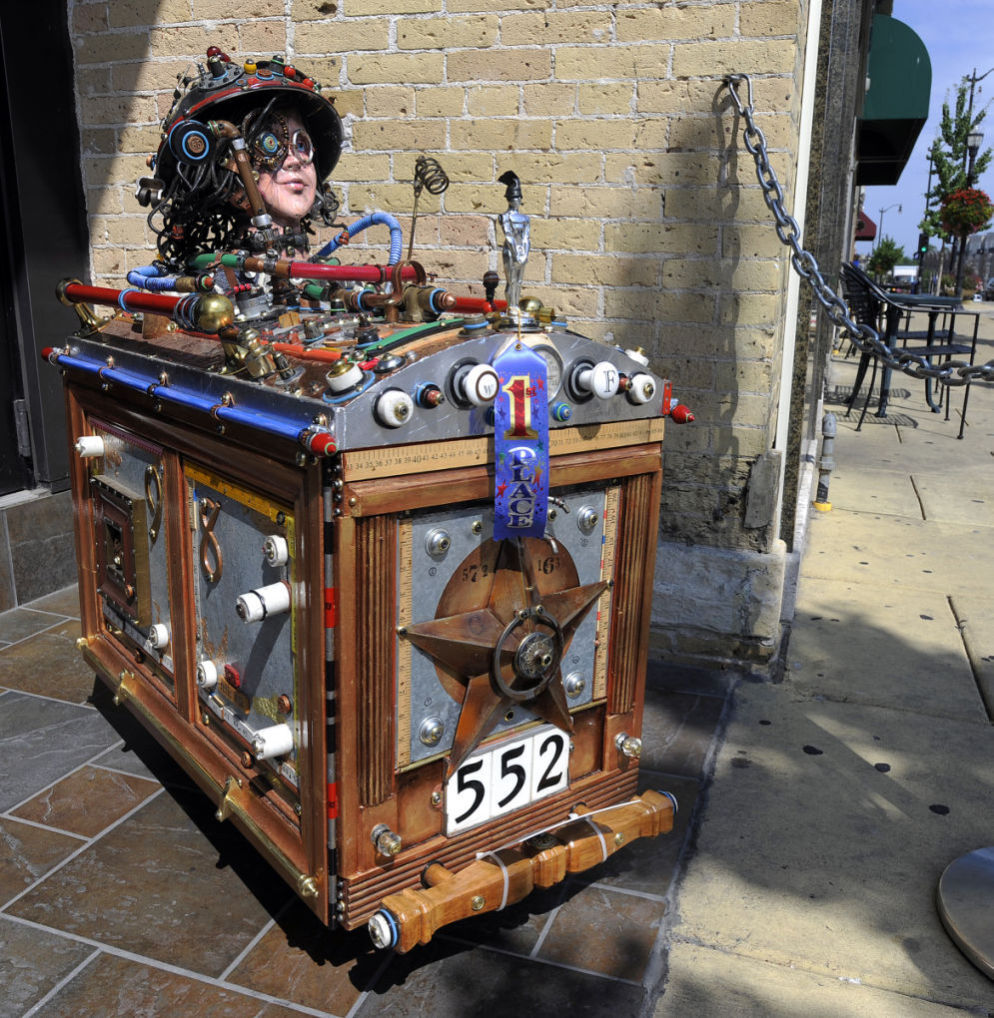 RACINE — When David Holmes died Saturday, he left behind many creative and inspirational treasures throughout this community and beyond.

The 69-year-old artist, whose work has been shown in museums across the country, left his mark here in colorful murals painted on numerous school and church walls. Other Holmes paintings, drawings and constructions are often seen in area exhibitions, as well as on city sidewalks during Downtown’s public art displays.

Yet, his own creations are just part of Holmes’ visual art legacy in southeastern Wisconsin. As an award-winning art professor at the University of Wisconsin-Parkside for more than 30 years, Holmes was an educator, mentor and friend to students of all ages.

“He was an encouraging teacher and he really loved the act of sharing what he’d learned with others,” Cathleen said. “He was a facilitator of creativity for other people.”

Tina Niemi Johnson, a former student of Holmes’, described him as “the kind of person you don’t come across very often.”

“He tailored his teaching to bring out the best in you,” said Johnson, now an art teacher at Kenosha’s Bradford High School. “To get that kind of support and encouragement from someone who was so incredibly talented was just amazing. I hope he knew that everybody felt that way about him.”

Holmes was also active in the art community on local, regional and national levels for many years, according to Bruce Pepich, executive director of the Racine Art Museum. “And all of those levels were important to him,” Pepich said. “His loss has been a terrible blow to all of us.”

Pepich described Holmes as a “very, very accomplished and talented artist” who worked well in a variety of mediums and styles. He also was a really handy person, who could just look at objects — even those which others might consider garbage — and figure out how to create art with them, Pepich said.

“David was very imaginative and his work was beautifully crafted, whether he was working with paint, metal or wood.”

Holmes also was known for his “delightful sense of humor,” which he incorporated into his artwork in both playful and intellectual ways, Pepich said. His pieces would often bring viewers into them “with a smile” and, after further viewing, reveal the deep thought behind them, Pepich said.

Her husband was also the first one to laugh at himself, said Cathleen, who shared her life with David for 43 years. He was a very generous man who cared about the community he lived in, she said, and a “really good dad.”

Holmes enjoyed making everything from wooden toys and dollhouses to bedroom murals for his three children, and was very involved in their lives, Cathleen said. He also loved spending summers in northern Wisconsin with his family, hiking and going on adventures.

“He was kind of a magical dad,” she said.

A summer memorial service for Holmes, who died after a brief illness, is planned at the Homestead Cabin in northern Wisconsin, with the date yet to be announced. An art scholarship in his name has been established at Educators Credit Union in Racine for those wishing to contribute to a memorial.

Holmes, 69, was a renowned local artist.

For more about Holmes and his artwork, go to: http://homepages.uwp.edu/holmes/index.html.

Racine County residents we lost in 2014

Remembering prominent Racine County residents and others who died this year.

David Holmes, a professor emeritus in visual arts from the University of Wisconsin-Parkside, paints a mural of the history of Wadewitz inside the main hallway at Wadewitz School, 2700 Yout St., on March 30, 2011. Holmes, who died Saturday at the age of 69, painted colorful murals on numerous area school and church walls.