BURLINGTON — For a girl or young woman trying to decide whether to continue an unplanned pregnancy, sometimes seeing makes all the difference.

Life Choices, a pregnancy counseling center, soon will make it possible for a client to see inside her uterus using a newly acquired ultrasound machine.

Operators of the church-supported center at 324 N. Pine St. hope that ultrasound images of a fetus will persuade clients to continue with unplanned pregnancies and not get abortions.

Renee Meinholz, executive director of the center, said the ultrasound equipment will be a valuable tool in trying to discourage abortions.

“People don’t realize the miracle that is happening inside,” Meinholz said. “When we show them that, it is a life-changing experience.”

The new equipment purchase was made possible with a $38,000 donation from the Knights of Columbus, a service club associated with the Catholic church.

Knights of Columbus has been funding Life Choices for years, including donations that are allowing the pregnancy center to expand from part-time to full-time operating hours.

The center counsels about 100 girls and young women each year, generally between the ages of 14 and 29.

Chad Novasic, grand knight of the Knights of Columbus Council 15665 in Burlington, said the ultrasound machine will help the pregnancy center counsel young people who are sometimes distraught over unplanned pregnancies.

If a couple is considering aborting a pregnancy, Novasic said, seeing an image of a fetus may convince them to continue the pregnancy.

“It helps them make decisions and feel comfortable with that,” he said.

The three-dimensional ultrasound device, delivered Wednesday, is similar to equipment used in hospitals and clinics for medical care. At Life Choices, it will be used strictly for counseling clients on family-planning decisions.

The center is not a clinic, but offers parenting classes, adoption referrals, pregnancy testing and other services. All services are free of charge.

Through a national faith-based organization called Care Net, the Burlington facility is affiliated with other Life Choices centers in Kenosha, Elkhorn and Delavan. Some of the other centers have ultrasound equipment already.

The Burlington center plans to begin offering ultrasound services by March, after a nurse has been hired and trained to operate the machine.

Meinholz, who has been executive director for eight years, said the Knights of Columbus donation will allow the center to reach a new level of community service.

The Scheidts and company on horseback

The Scheidts and friends on the water

The Scheidts and others at a campfire

Caroline Scheidt and her prehistoric friend

There are no abortion clinics in Racine County. What effect could overturning Roe v. Wade have here?

Almost all abortions could soon become illegal in Wisconsin after a leaked majority opinion draft, published by Politico, showed the U.S. Supr… 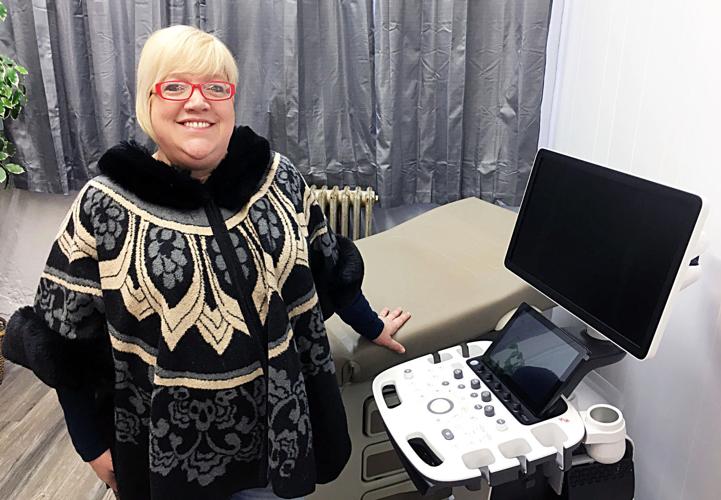 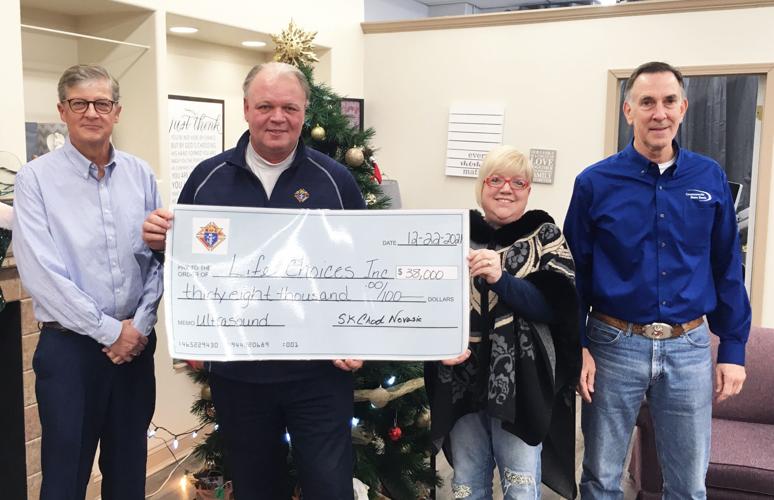 Celebrating a $38,000 donation to Life Choices pregnancy counseling center in Burlington are, from left, Curt Stang and Chad Novasic, both of the Knights of Columbus Council 15665, and Renee Meinholz and Keith Pollek, both of Life Choices.