CALEDONIA — The report that designated the greater Racine area as the second-worst metropolitan area in the U.S. for black people has generated a lot of discussion over the last week.

It was discussed at a Racine Area Manufacturers and Commerce legislative breakfast on Thursday, a Racine City Council meeting on Tuesday as well as at a Caledonia meeting Wednesday.

Caledonia Village Board trustees, none of whom are black, weighed in with varied opinions.

Former State Rep. Tom Weatherston, who rejoined the Village Board this year, questioned the validity of 24/7 Wall Street’s recently released study. That study — which looked at Census data about income, poverty, education attainment, homeownership and unemployment — concluded that the greater Racine area was the second-worst metro for African Americans in the U.S.

Milwaukee was the only area in the country with a worse ranking.

The study also showed that four black people in the Racine-area are four times more likely to live in poverty than white people, and that the unemployment rate for black residents is almost triple that of white residents.

Weatherston also said he was confused by how Racine could be ranked so poorly with racial inequality, but then was showed such improvement regarding LGBT issues; last month, the national gay rights advocacy group Human Rights Campaign raised the City of Racine’s Municipal Equality Index score from a relatively low 41 up to 86.

“I don’t know how we can be great in one area and not in another area,” Weatherston concluded.

Trustee Fran Martin quickly countered Weatherston and accused him of being blind to discrimination.

“It’s perfectly possible for a city to be a great place for the LGBT community and a very difficult place for African Americans. And I will say that when you’re a member of the OWG club — the Old White Guy club (referring to Weatherston) — you’ve never faced discrimination,” Martin said. “It (discrimination) is invisible if you haven’t experienced it. It is there.”

Weatherston said he would like to see a more in-depth study of race in the greater Racine area. “I’d love it if someone else were to do that same investigation and tell us if there really is an issue in town,” he said.

“I don’t buy it,” Dobbs said, sharing a similar opinion to Weatherston: that the situation of racial inequality might not be as bad as 24/7 Wall Street made it out to be.

A possible block to collaboration

The focus of Wednesday’s Village Board meeting was on the Wisconsin Policy Forum’s study of possible consolidation between the Caledonia, Racine and South Shore fire departments.

And before Martin and Weatherston weighed in during Wednesday’s meeting, Trustee Kevin Wanggaard took some time to voice issues he had with a commentary written by Racine Mayor Cory Mason that was published in The Journal Times on Nov. 14.

In that commentary, Mason wrote that the analysis from 24/7 Wall Street: “only helps to reinforce arguments that I have been making since I first took office — disparities between the City of Racine and our surrounding villages and towns are problematic, inequitable, and continue to grow.”

Wanggaard said Caledonia shouldn’t be asked to “support the City of Racine,” as he felt Mason was requesting. Wanggaard continued by saying Mason’s commentary makes it more difficult for municipalities like Caledonia to work with Racine.

“I was kind of taken back by that article,” Wanggaard said, referring to Mason’s commentary. “That does nothing to help our footing to help us consolidate with anybody.”

After violent incidents, Racinians show optimism at National Night Out

RACINE — Racinians have faced their share of violent tragedies in the past three months.

To reduce crime, one of the antidotes city leaders and residents have proposed is getting residents to know each other better and look out for each other.

That’s one of the main goals of the Neighborhood Watch’s National Night Out event, which saw nearly 6,000 people participate in almost 60 citywide gatherings Tuesday evening. Worldwide, some 38 million people participated in 16,000 communities.

For 28 years, Smith has hosted a party on National Night Out, getting friends, family and neighbors together to have fun peacefully, catering food and offering school supplies to families in the neighborhood. Tuesday just so happened to also be Smith’s 75th birthday, and her family surprised her with an even bigger party for National Night Out.

Local leaders hope that that connectivity will drive down crime and violence.

“While one night is certainly not the answer to crime, drugs and violence, National Night Out represents the kind of spirit, energy and determination needed to help make communities safer year-round,” Charlie French, Racine Neighborhood Watch’s executive director, said.

U.S. Rep. Bryan Steil, R-Wis., who also spoke at the event, said: “It’s been a really tough year for the Racine Police Department, and I know everybody’s thoughts and prayers are with you guys. You guys have been on the front line keeping our community safe ... To have that relationship back in the community (between residents and first responders) is essential.”

Racine County District Attorney Tricia Hanson had a call to action for Racinians: “We need each and every one of you, and each and every one of the neighbors, to watch out for each others’ kids, to watch out for each others’ property, to make sure we cooperate when law enforcement does show up in those unfortunate times when something tragic happens in the neighborhood.”

As French said, National Night Out was only “one night.” To make change and reduce violence, the city’s leaders say there need to be more people like Smith — bringing everyone together.

“I was knocking on doors this afternoon in Racine,” Neubauer said, “and we certainly have work to do in this community, but also folks are really positive about the community-building, the conversations that are happening right now. And (I am) so grateful to everybody here who has been a critical part of that relationship building.”

“I still do feel pretty safe living here. There’s a lot of violence, but our police department is out there and on top of things really quickly.”

What’s one thing you wish you could change? “A reduction in gun violence, if there’s anything we can do about it.”

Matthew Olson, 42, lives on the south side

“I’ve never been a firsthand witness to violence here, thankfully. But it’s an issue we all need to be thinking about and aware of … I’d love to see more positive experiences for our teenagers and young adults; places for them to go … We need more people plugged in.”

“We need to get more people on Nextdoor.com. It’s like a Neighborhood Facebook. You can tell each other about things you saw, somebody you saw lurking around, stuff life that … I think that’s valuable. Everyone is using technology, so I think that would be one really great thing.”

“While one night is certainly not the answer to crime, drugs and violence, National Night Out represents the kind of spirit, energy and determination needed to help make communities safer year-round … We really do have this community partnership with law enforcement — whether it be police, sheriff’s, state patrol. They’re all out there tonight, going into the communities, showing the citizens what it’s all about. And they’re learning about what’s going on in the different neighborhoods.”

“I was knocking on doors this afternoon in Racine, and we certainly have work to do in this community, but also folks are really positive about the community-building, the conversations that are happening right now. And (I am) so grateful to everybody here who has been a critical part of that relationship building.”

National Night Out “is a celebration of community-oriented policing, which is not something that we do one night a year. It’s something our police department does day after day after day, often under difficult circumstances. I want to acknowledge that long-standing commitment. It really is about our police department and our law enforcement working with the community and solving problems together.”

“To our law enforcement and our first responders, your job becomes more important every day in our community. I wanted to acknowledge that and give a big thank you there … The county is only as strong as its nonprofits and faith-based entities, and that includes Neighborhood Watch.”

“I grew up in the Lincoln School area, and I can tell you today that if were to go down the block I could tell you who lived in every house. We’ve lost a little bit of that … I’m going to tell you, there’s no way that we in law enforcement can do this job alone. We need each and every one of you, and each and every one of the neighbors, to watch out for each others’ kids, to watch out for each others’ property, to make sure we cooperate when law enforcement does show up in those unfortunate times when something tragic happens in the neighborhood.”

“On a serious note, tough year for our department. But I can stand here before you with a great amount of humility mixed with pride that the people who you see here from the police department and the sheriff’s department, they still go to work every day. They are a resilient people. They do what they do not because they make a lot of money. They do what they because it’s a calling.”

To read more on the 24/7 report and ongoing discussions go to JournalTimes.com and search for the 24/7 Wall Street report.

Squabbles between Waterford-area fire agencies have ‘potential to cause harm’

Interdepartmental squabbles and clashing egos are getting in the way of public safety, a Journal Times investigation found.

Call logs and after-call reports demonstrate how deep the divide has gotten: First responders from the Tichigan and Rochester departments have repeatedly called more distant fire departments for backup despite a Waterford ambulance being mere minutes away.

'Restoring our community, one family at a time' — The Main Project is ready for launch

RACINE — Deontrae Mayfield is making a metaphor about “Donkey Kong.”

How did we get here? A look back at redlining in Racine County

RACINE — Earlier this month, 24/7 Wall St. released a study that ranked the Racine area as the second-worst metro area for black Americans to … 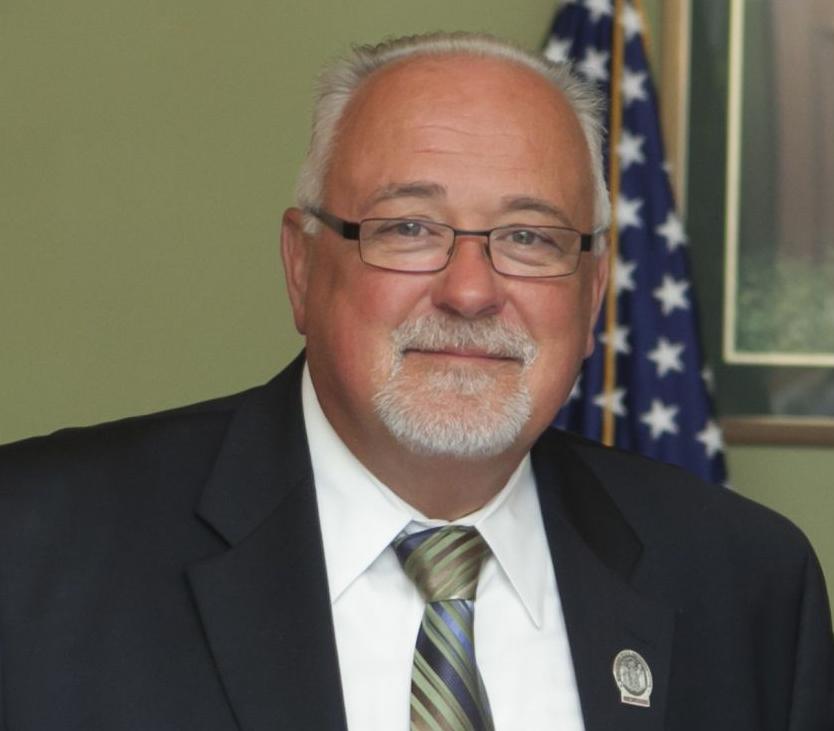 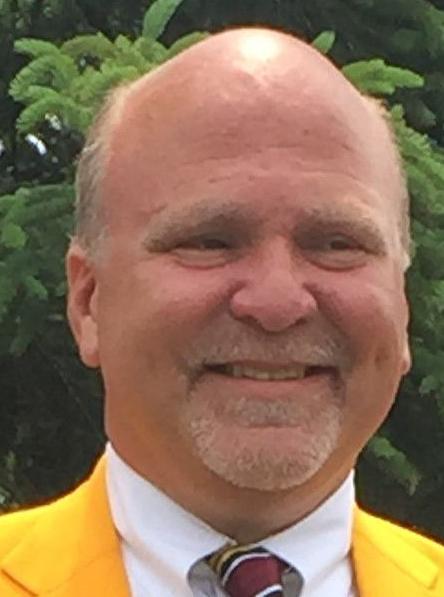