CALEDONIA — While police officers are typically best known for enforcing the law, arresting criminals, and detecting and preventing crimes, they typically aren’t known for making up for damage as a result of crime.

The Caledonia Police Department helped a woman in need last week by providing something she needed and was going to buy anyway — but she didn’t have the necessary funds for after she was the victim of a scam.

Barry visited the woman’s residence located in the Crestview subdivision and noticed it was extremely hot. The woman said some of the money she lost due to the fraud was going to be for a new air conditioning unit.

“We all become police officers to help people,” Larsen said. “It’s nice when you see a need, you have the ability to take care of it, and you take care of it. I’d say within less than an hour, we had the money to give her an AC unit.”

On Friday, Barry, the second-shift members and the CPD detective bureau presented the portable air conditioning unit to the woman, who was teary-eyed. Barry gave her a hug.

Caledonia Police Officer Myles Barry gives a woman a hug Friday after presenting her with a portable air conditioning unit. The woman did not …

The woman did not want to be identified, but did say that she was very grateful to the CPD. Barry’s hug was the first hug she received in over a year, amidst the COVID-19 pandemic.

“That meant a lot to her,” Larsen said. “She was very appreciative.”

The unit doesn’t need to be mounted to a window; the woman can move it anywhere in her house she wants.

Larsen said as a supervisor, he is very proud of the officers: “That speaks a lot to their character. I’m very impressed with the officers we have here and where their hearts are at. They’re in the right place.”

Pages from the past, June 23: Racine youths start on tour to circle globe 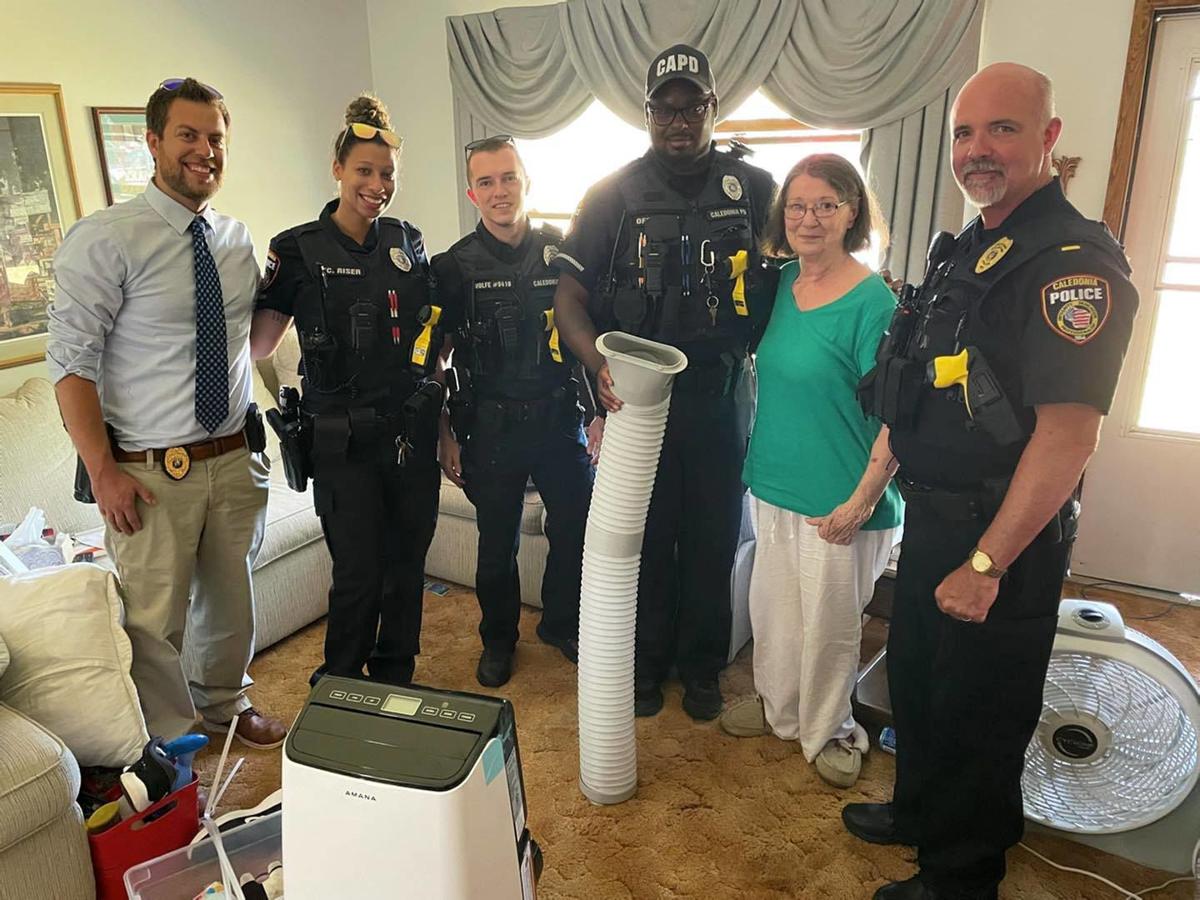 From left, Detective Chad Zoltak, Officer Kiara Riser, Officer Sam Wolfe, Officer Myles Barry, the Caledonia resident and Lt. Gary Larsen pose for a photo Friday after the CPD presented the resident with an AC unit after she was the victim of a fraud. The resident did not wish to be identified. 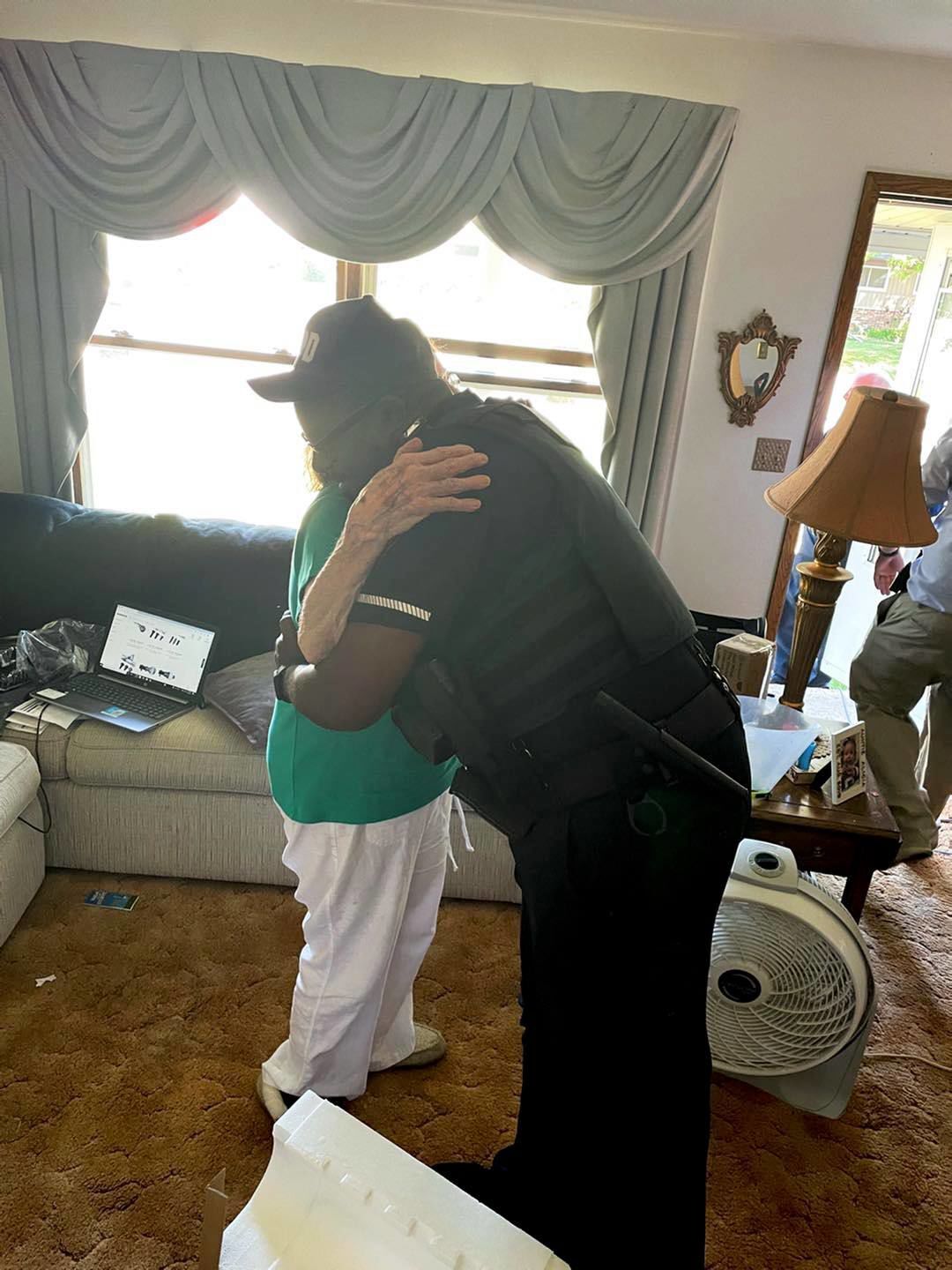 Caledonia Police Officer Myles Barry gives a woman a hug Friday after presenting her with a portable air conditioning unit. The woman did not want to be identified, but did say that she was very grateful and that the hug was the first hug she received in over a year, amidst the COVID-19 pandemic.