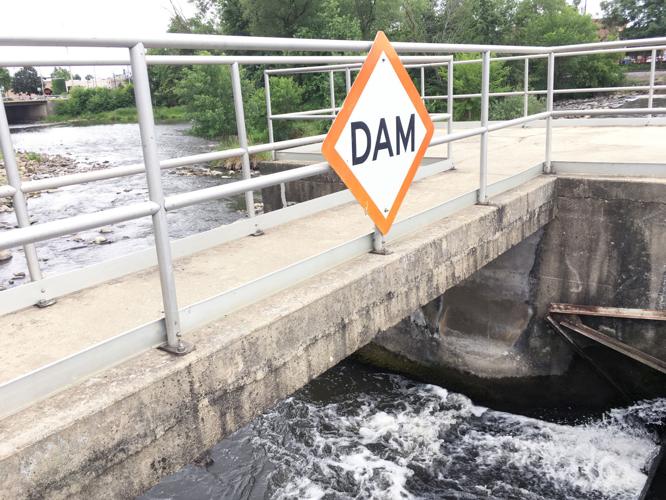 The concrete dam at Echo Lake in Burlington no longer meets state standards and must either be improved or removed — a dilemma that is stirring strong emotions in the community. 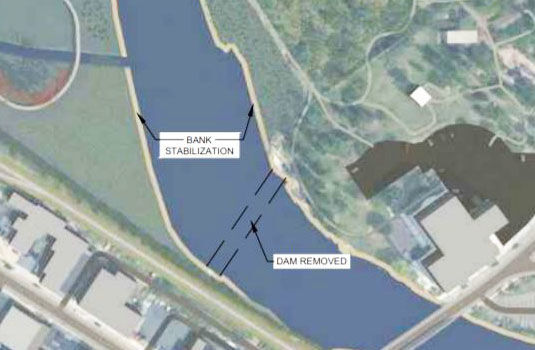 A rendering provided by engineers at Ayres Associates Inc. shows an image of the White River in Burlington, including Veterans Terrace on the right, if the city removes the dam and drains Echo Lake, allowing the river to reclaim its natural flow. 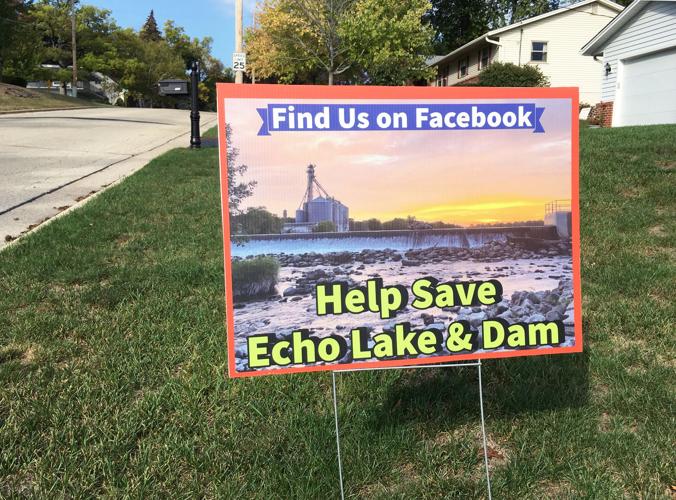 A group known as Save Echo Lake & Dam has posted yard signs in Burlington, urging city leaders to maintain the lake, a project that could cost more than $5 million.

BURLINGTON — Burlington Park Board members voted Thursday night for the removal of the Echo Lake dam and draining of the lake, a once-popular recreation site now seen by many as a polluted mess and a safety hazard.

The Park Board recommendation, on a 6-1 vote, goes next before the Burlington City Council for a final decision, expected next month, on an emotional issue about the future of a deteriorated community resource.

The advisory board’s action advances a strategy designed to save taxpayers the cost of rebuilding the Echo Lake dam, while also opening up options for new recreational development along a restored White River, which would replace the manmade lake.

The City Council is scheduled in February to consider the matter, based largely on the fate of an aging city-owned dam that state regulators have deemed unsafe.

Park Board President Patricia Hoffman said it was a tough decision for her and the other board members to urge removal of the dam and draining of Echo Lake. But she hopes aldermen on the City Council give serious consideration to the board’s recommendation.

“Environmentally, and for the long term, it’s the right thing to do,” she said.

One in favor of salvage

Board member Clay Brandt cast the only vote in favor of repairing the dam, arguing in a memo to his board colleagues that the lake remains a popular site for weddings and other gatherings.

“Many in Burlington do not accept change very well,” he wrote, “and removing the dam, and the changes that it would bring, would be very painful to the community.”

Joining Hoffman in voting for removal of the dam and draining of the lake were board members Marilee Hoffman, Sara Spencer, Cassie Quist, Annie Roebke and Steve Rauch, an aldermanic representative on the board.

The vote followed another effort by Echo Lake boosters to persuade Park Board members to support making the estimated $5 million investment needed to keep the lake.

Spencer said later she decided that trying to rebuild and recreate the dam could open up taxpayers to unforeseen future expenses. Draining the lake, she said, allows more opportunities for the community to build something new.

Saying she hopes the City Council supports the recommendation, Spencer predicted that people in Burlington would be happy with the results, even if they oppose the move now.

“People don’t like change,” she said. “Change is hard.”

DNR approval to be sought

The City Council plans to make a decision in February and then seek approval from the Wisconsin Department of Natural Resources.

State environmental regulators have notified the city that the dam at Echo Lake no longer meets safety standards. The dam must either be upgraded and expanded, or it must be dismantled.

The issue has divided Burlington residents, some of whom see the lake as a valued community resource worth saving, and others who see it as a nuisance that should go.

The lake was created in the 19th century, when entrepreneurs built a dam on the White River to power a mill. The White River continues to feed the lake and, if the lake were drained, would flow through a 70-acre site that could either be restored naturally or be redeveloped with new amenities such as boardwalks and fishing docks.

City officials hope to secure state grants, but they also have released projections showing how much the Echo Lake project could cost Burlington taxpayers.

If the city borrowed $5 million to save the lake, property taxes for the average homeowner would increase $68 a year over 20 years, for a total of $1,368. By comparison, borrowing $1.5 million to drain the lake would cost the same homeowner $20 a year, or a total of $409.

Adding boardwalks or other amenities would require additional spending to be decided separately by the city.

Rauch told his fellow Park Board members Thursday that the city could take several years to decide on future redevelopment ideas for the former lake site.

“Everything doesn’t have to be done at once,” he said.

Lake would need some draining either way

If the city elects to try keeping Echo Lake, the lake still will have to be drained partially and temporarily to allow for dam construction and lake-bottom dredging.

Engineers have estimated that 500,000 pounds of phosphorus pollutants would need to be removed through dredging.

The dam expansion project also would require construction of a new above-ground retaining wall that would extend about 200 feet into nearby Veterans Park, encroaching on a hiking path.

Members and supporters of the Save Echo Lake group urged Park Board members to get behind salvaging what many people in the community regard as a treasured resource.

“It would be an absolute crime to let this go,” supporter Matthew Snorek said.

Another supporter, A.J. Schkeryantz, compared Echo Lake to a diamond ring that has gotten dirty. Rather than discard the entire ring, he said, just clean up the diamond.

“Please don’t throw out our diamond,” he added.

The concrete dam at Echo Lake in Burlington no longer meets state standards and must either be improved or removed — a dilemma that is stirring strong emotions in the community.

A rendering provided by engineers at Ayres Associates Inc. shows an image of the White River in Burlington, including Veterans Terrace on the right, if the city removes the dam and drains Echo Lake, allowing the river to reclaim its natural flow.

A group known as Save Echo Lake & Dam has posted yard signs in Burlington, urging city leaders to maintain the lake, a project that could cost more than $5 million. 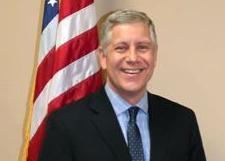