The redevelopment of 233 Lake Avenue is to include 200 apartments, some with views of Lake Michigan or the harbor. 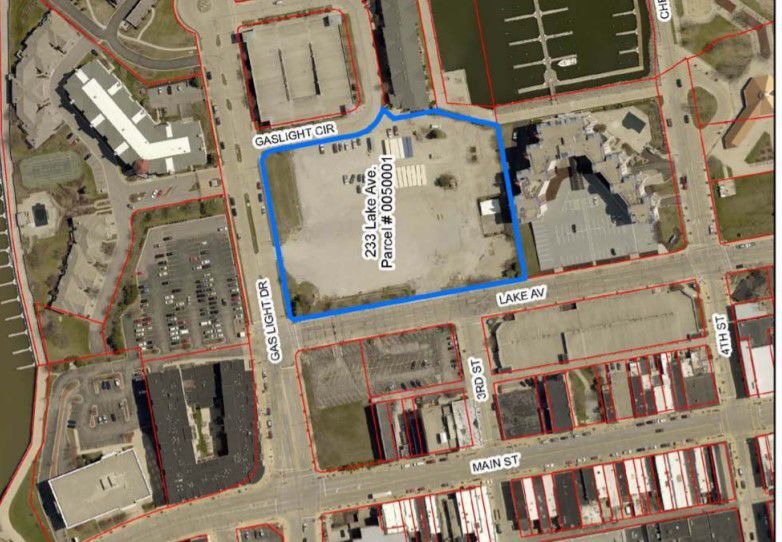 An aerial view of TID #21, which the parcel Hovde Properties of Madison proposes to redevelop outlined in blue. 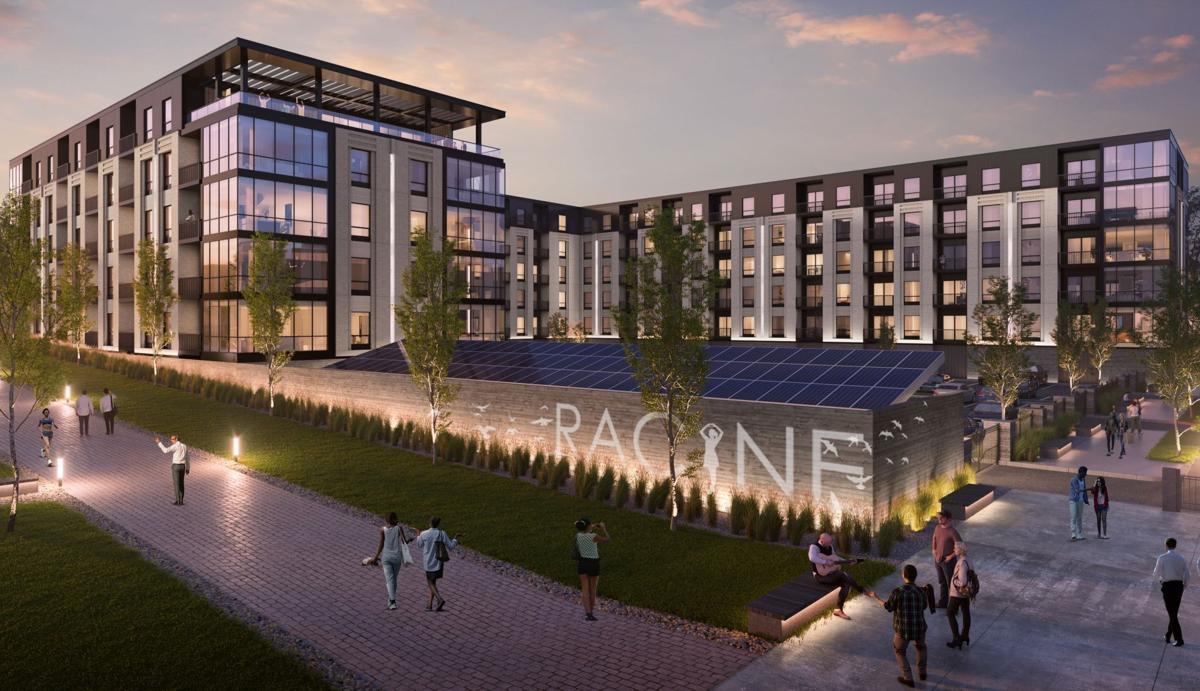 RACINE — There is once again movement on the long-discussed redevelopment of property at the intersection of Lake Avenue and Gaslight Drive — albeit a bit scaled back from the plan proposed two years ago.

The property at 233 Lake Ave. was once a gas manufacturing plant, but could become the home of 200 market-rate housing units with lake and/or harbor views.

The City Council voted unanimously on Tuesday to enter into a development agreement with Hovde Properties of Madison, which plans a $28 million redevelopment for the site.

The development agreement will obligate the city to provide certain incentives, which the developer will then leverage to obtain outside funding for the project.

The city has agreed to provide a $2.6 million developer grant in addition to a developer-funded, 17-year incentive paid through TID #21.

TID #21 was created in 2018 in anticipation of redevelopment of the site.

A TID earns money in the following way: The city sets a base value when the TID is created. As the property value increases due to the development, the difference between the base value and increased value will be set aside for the developer.

The developer may then pledge the TID funds as security for additional financing.

The development agreement includes the caveat that the “Racine Works” ordinance will be in place, which will require construction work hours to include 20% for qualified and eligible low-income city residents.

Additionally, the developer will be required to incorporate LEED energy efficiency improvements and obtain at least a Silver certification for the final structure.

Hovde Properties has had its eye on the site for some time.

On May 3, 2019, Hovde entered into an offer-to-purchase agreement with the city’s development authority for the purposes of acquiring a 98-year lease of the site.

At that time, Hovde’s proposed $40 million development of the site included the construction of two mid-rise, market-rate residential apartment buildings totaling at least 180 units, and a limited-service hotel encompassing approximately 100 guest rooms and a small restaurant with a bar.

Two years and one pandemic later, the newest proposal does not include a hotel, but the multifamily units have expanded.

The latest proposal intends 200 market-rate rental housing with community space and a fitness center for residents, among the amenities.

The 3.5-acre city-owned tract was formerly owned by We Energies and was acquired in 2014 from Wispark LLC, which is the development arm of We Energies.

Before the city acquired the property, We Energies demolished existing structures and undertook environmental remediation on the site.

An Agenda Briefing Memorandum outlined the extensive environmental issues connected with the property.

Because there had been a gas manufacturing plant on the site, there were three gas tanks, four coal tanks, and coke bins on the property.

The ABM indicated there have been two phases of environmental remediation at the site and contamination mitigation is ongoing.

Despite the mitigation, the first floor above ground level can only be utilized for non-residential space.

The Wisconsin Department of Natural Resources may mandate additional conditions in the future, which could likely lead to increased costs to the developer, according to the ABM.

These robots are made from biological tissues and can self-replicate

These robots are made from biological tissues and can self-replicate

The redevelopment of 233 Lake Avenue is to include 200 apartments, some with views of Lake Michigan or the harbor.

An aerial view of TID #21, which the parcel Hovde Properties of Madison proposes to redevelop outlined in blue.