A Kenosha pastor and Racine’s state representative were invited to the White House this week to celebrate the passing of the Inflation Reduction Act, which includes legislation some herald as a turning point for U.S. policy on climate change, joining thousands on the South Lawn Tuesday afternoon.

The Rev. Jonathan Barker, who had just recently been in Washington D.C. along with several other protestors calling for action to combat climate change, said he received the invitation in August, much to his surprise.

“I thought it was spam at first,” Barker said, laughing. “Then I read it, and I thought ‘wow, this is real.’”

Barker expressed his excitement about the impact the legislation would have, especially when it came to climate action. Barker said he’s always preached about making a “livable future” for the next generation.

“There’s been people throughout Kenosha praying for our leaders to take action, this feels like such an answer to those prayers,” Barker said.

“I just feel so humbled to be here on this day, celebrating one of the most important pieces of legislation in our country’s history to start combating climate change,” Barker said shortly after the event.

Prior to his departure, Barker’s congregation took every banner and poster from years of climate protests and hung them throughout Grace Lutheran Church to celebrate the passing of the legislation and as a sendoff for Barker.

“I’m just humbled by it, by the community, and I’m thrilled beyond words,” Barker said.

Wisconsin Assembly Minority Leader Greta Neubauer, D-Racine, tweeted on her birthday, Tuesday, Sept. 13 “Thanks for the birthday wishes, everyone! Early morning cake on the way to the airport and made it to D.C. for the signing of the #InflationReductionAct this afternoon! A pretty great day.” followed by two photos of her birthday cake and a selfie outside the Capitol building.

What happens to a landfill when it stops accepting trash? Reporter Alex Rodriguez found out.

Racine man accused of assaulting and kidnapping a woman

The suspect was given a $100,000 cash bond in Racine County Circuit Court on Tuesday.

A reported pursuit lasted 2.1 miles, and the suspect's vehicle was seen going at speeds ranging from 66 mph to over 75 mph.

The mother already had four drug dealing and drug possession cases opened against her within the past 19 months, prior to her arrest last week. 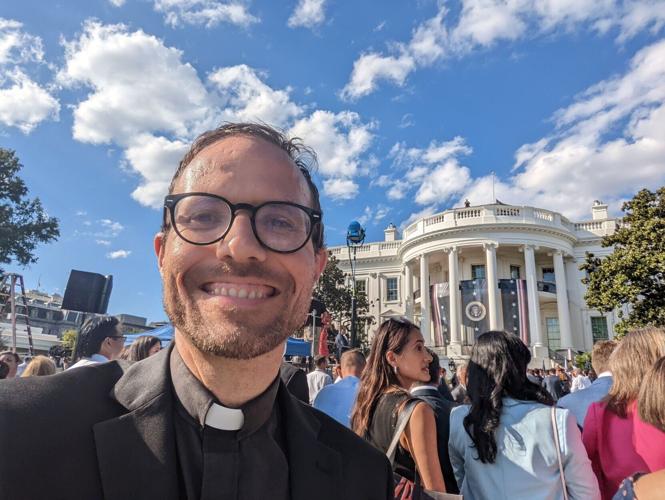 The Rev. Jonathan Barker stands on the lawn of the White House during Tuesday’s celebration. Barker was invited to the White House in August to celebrate the passing of the Inflation Reduction Act. 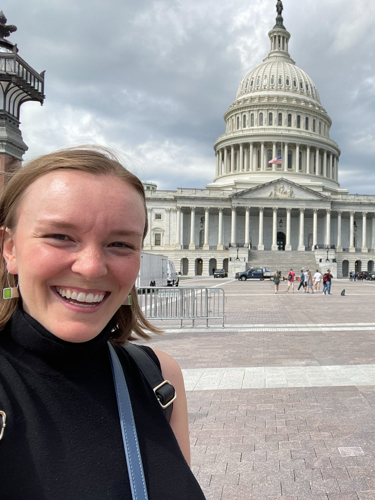