RACINE — By now, just about every Facebook-using new mom has probably seen at least one of the homemade recipes for baby formula that have been making the rounds on the internet. One of them calls for giving your baby tea, something no self-respecting pediatrician would suggest.

Dr. Margaret Hennessy, chair of the Pediatrics Department at Ascension All Saints Hospital in Racine, advised families not to turn to these recipes during the formula shortage.

“I can’t stress enough how dangerous homemade recipes can be,” she said.

Times have changed and physicians no longer recommend juice before the age of 1-year-old because of the high sugar content and low nutritional value.

It’s difficult for Hennessy to believe anyone ever recommended tea for an infant. “Years ago, we didn’t know as much as we now know,” Hennessy said, adding that formulas and needs of babies have been extensively studied and advanced since the 1950s.

Why is there a baby formula shortage?

Ongoing supply disruptions have combined with a recent safety recall to leave many pharmacy and supermarket shelves bare.

The problems began last year as the COVID-19 pandemic led to disruptions in labor, transportation and raw materials — economy-wide issues that didn't spare the formula industry. Inventory was further squeezed by parents stockpiling during COVID-19 lockdowns.

Then in February, Abbott Nutrition recalled several major brands of powdered formula and shut down its Sturgis, Michigan, factory when federal officials began investigating four babies who suffered bacterial infections after consuming formula from the facility.

As Food Safety News reported Saturday, "The FDA received four complaints of cronobacter infections in infants beginning on Sept. 20, 2021, and running through Jan. 11, 2022. Two of the infected babies died. Parents of all four infants reported having fed their children formula produced by Abbott Nutrition before they became ill."

Abbott is one of only a handful of companies that produce the vast majority of the U.S. formula supply, so their recall wiped out a large segment of the market.

Even though it has become a challenge to obtain, Hennessy encourages people to stick with formula.

“It’s the type of proteins that are in formulas, the concentration of protein, you can’t manufacture that yourself,” she said, while noting the dangers of trying to produce formula in an environment that is not sterile.

A baby has a delicate system, she said, and people must consider how small their blood volume is compared to an adults.

Homemade recipes that contain cow or goat milk can be problematic and Hennessy advised parents to avoid giving their babies either — along with the non-dairy alternatives soy and oat milk.

Too much or too little protein can impact kidneys and development in addition to the fact cow milk is too hard for an infant’s body to absorb and digest. In some situations, cow milk can lead to bloody diarrhea.

Goat’s milk was once seen as a somehow healthier alternative, Hennessy continued, but it has nutritional deficiencies, as well.

“Trying to make your own with these combinations of things you find in a grocery store, it’s dangerous,” she said.

A homemade recipe can be harmful, but parents should also avoid thinning out the baby formula by watering it down in an attempt to make their reserve of formula last longer.

“A little bit of extra water can actually mess with the electrolytes in their system, and that can cause seizures or death,” she said.

Hennessy explained electrolytes are things like salt and calcium in the body. When an imbalance reaches a certain level, it can be deadly.

For adults, a little extra water can be absorbed, but no so in infants.

While there is a long list of recommended do nots, there are also recommendations for getting through the baby formula shortage, for which there’s no end in sight.

Those who are able to breastfeed should consider maximizing their ability to breastfeed with a consultation, either with a lactation expert or their physician, Hennessy advised. By maximizing breastfeeding, mothers can rely less on formula.

Parents who have specialized formula may consider reaching out to their pediatrician.

While Abbott was the company subject to the recall in February that started the formula shortage, not all of its products were recalled, and not all of its formulas were made in the plant that was temporarily closed, in Sturgis, Michigan.

Hennessy encouraged parents to use “store brands.” Companies like Walmart and Amazon distribute baby formulas under their own brand that are manufactured by Perrigo, but there are others.

“These are not inferior products,” she said of supposedly “off-brand” formulas. To learn more about those formulas, storebrandformula.com is a good resource; the website is run by Perrigo.

“The store-brand formulas, or the generic versions, are wonderful and can be used instead of the name-brand formulas,” said Dr. Lindsay Geier, a pediatrician with SSM Health, noting the more abundant generics face the same level of federal regulation as brand varieties.

It is also OK for the baby to consume different brands. If you have a product from one company one day and a different company the next, that does not represent a problem.

Still, there are sometimes differences in taste and even babies can be sensitive or particular to taste, she said with a laugh.

However, Hennessy cannot recommend people purchase formula on the internet from overseas companies because she does not know what kind of oversight other countries provide in the manufacturing.

In the U.S., she advised, the FDA provides strict oversight — right down to the packaging.

Hennessy said one of the important things she wants families to know is: you’re not on your own.

If you have questions about what is safe, reach out to your pediatrician.

She said at Ascension All Saints they use the smartphone and computer application MyChart, which allows patients to communicate electronically with their doctors, and other hospitals — including those affiliated with Advocate Aurora — might use LiveWell.

The apps have been popular with younger families, she said.

The important thing is people do not have to call the hospital to get help; they can send a note with questions to their physician and get a response.

For example, a baby 11 months old might be able to make the switch to toddler formulas. To find out if that is right for the baby, ask.

One thing Hennessy would like to see is more intervention, particularly from the government.

The FDA has said it will announce a plan for boosting the nation’s formula supply soon.

Additionally, the administration says it will be looking to cut some red tape to ensure formula gets to the shelves in an expedited manner.

Reporting from David Wahlberg and Emilie Heidemann of Lee Newspapers is included in this report.

Photos: Scenes from a Ukrainian maternity hospital struck by a Russian airstrike

Most Congressional Republicans, including all five from Wisconsin, voted against spending $28 million on the FDA this week, in resistance of expanding government "bureaucracy."

This fluffy wild sheep has received a new lease on life

This fluffy wild sheep has received a new lease on life 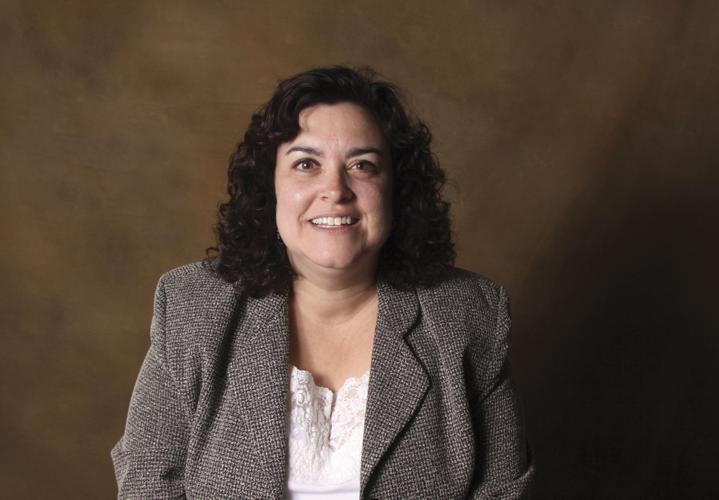 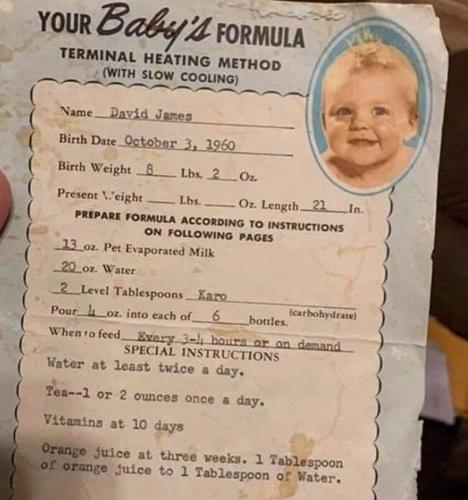 This formula for homemade baby formula has been circulating the internet. While it may be cute and funny, doctors are recommending parents not try this at home.