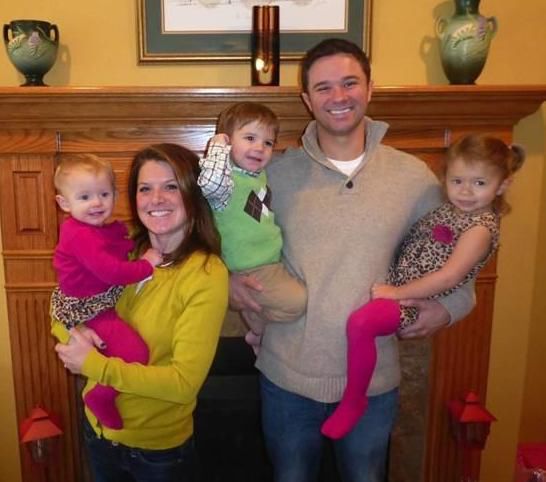 of the Town of Burlington are shown holding their children, from left, Lauryn, Jackson and Addison. Jennifer Libbey died Aug. 14, 2014, of cardiac arrest after years of battling an eating disorder. 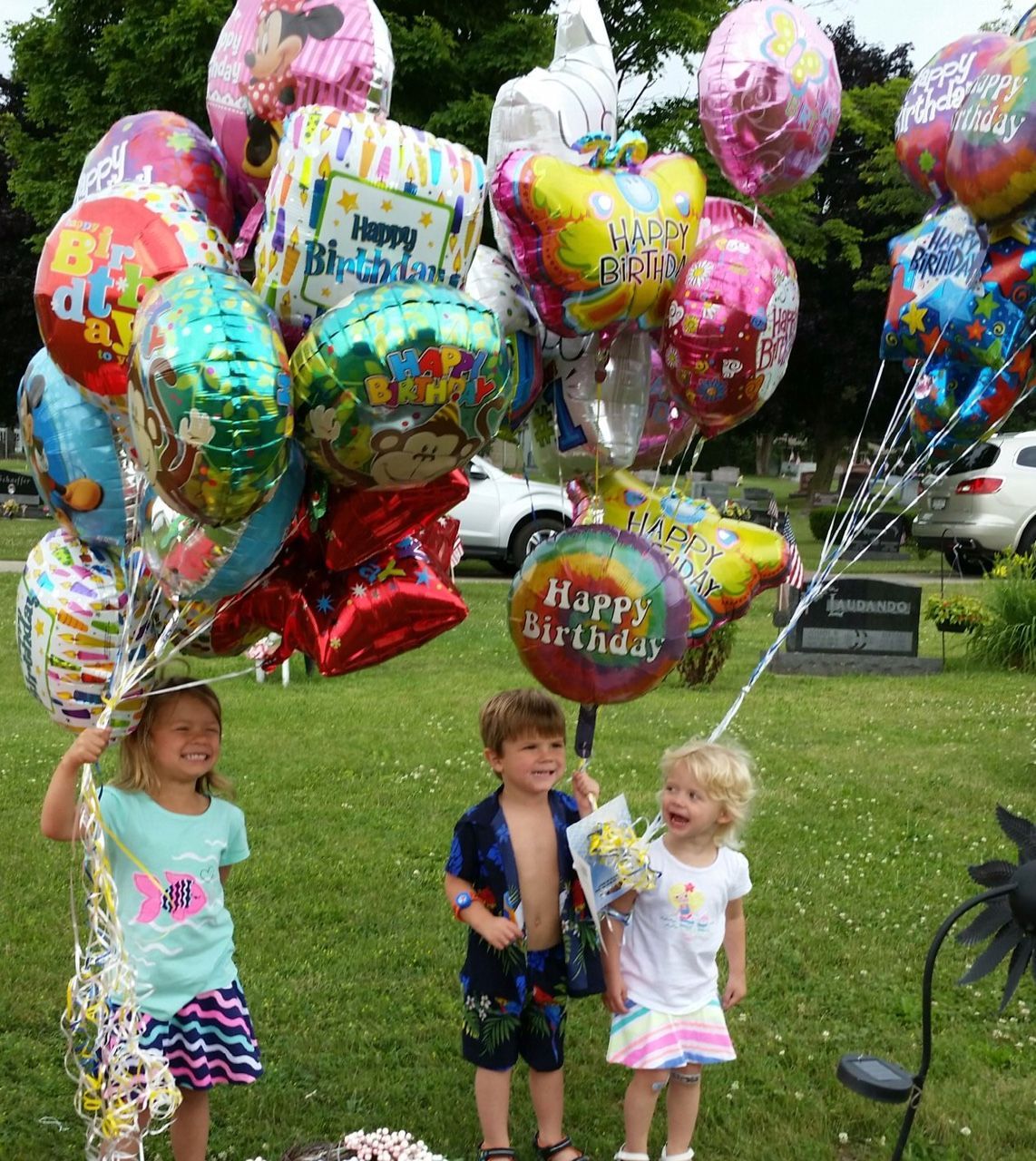 gather at their mother’s grave on her birthday last year. Jennifer Libbey died in 2014 after suffering from an eating disorder for many years. Her husband, Nathan, is lobbying for legislation aiming to improve education, diagnosis and prevention of eating disorders.

BURLINGTON — On the outside, Jennifer Libbey looked like a normal, healthy person, a kindergarten teacher with three children and a loving husband.

The inside, however, was a different story, and one that no one heard until it was too late.

After suffering from bulimia for some 15 years, Libbey died in 2014 of cardiac arrest at just 35 years old. The eating disorder had caused extensive, yet unseen, damage. Earlier that year, she even went to the emergency room for a blood-related problem but was sent away, told she was healthy and that she should go home.

Her husband, Nathan, is trying to make sure others don’t suffer the same fate, lobbying for a bill called the Anna Westin Act. The legislation, co-sponsored by U.S. Sen. Tammy Baldwin, D-Wis., would use existing grant funds to train school personnel, health care providers and others on how to identify eating disorders and how to intervene.

Libbey says more education and less stigma around eating disorders would have helped his late wife.

“She would go to the doctor, they would say she’s healthy. She had children, she held a job. She didn’t look like a stereotypical eating disorder patient,” he said.

“But being bulimic, you purge yourself of electrolytes on a daily basis, and eventually it just rots away your insides. And no one knew it.”

Jennifer Libbey, who taught kindergarten in the Burlington Area School District, officially died of cardiac arrest, but that doesn’t tell the full story. As a result of purging behavior, her potassium levels got so low it threw her heart out of rhythm.

She died Aug. 14, 2014, while attending a conference in Wisconsin Rapids, without any warning signs her health was that dire.

Jennifer Libbey was in treatment off and on through the years, but she often felt like a burden after people learned she suffered from an eating disorder, her husband said.

That had much to do with stigma surrounding eating disorders and mental health, which he hopes diminishes over time.

Someday, Libbey hopes those recovering from eating disorders can be looked at the same as recovering alcoholics, who count the days, months and years they have remained sober.

“But we’re nowhere near that,” he said.

Case in point: Some people have reached out to Libbey about how they sought help because of his wife’s story.

In the next breath, they’ll ask he not tell anybody about it.

After his wife’s death, Nathan contacted the Eating Disorders Coalition, which invited him to a lobbying day in Washington D.C. Bucking negative perceptions of lobbying, he said he was impressed with progress made and support of lawmakers.

The Anna Westin Act was introduced last year. It’s named after a Minnesota girl who struggled with anorexia and committed suicide at age 21.

“Nathan’s advocacy and tireless devotion in promoting greater public awareness about eating disorders is truly inspiring. With Nathan’s help, I am proud to fight for bipartisan legislation to improve health insurance coverage of treatment and to help health professionals and school personnel better recognize and understand eating disorders,” Baldwin said in a statement to The Journal Times.

Libbey is 33, a district manager at Nestle and engaged to be married again.

He’ll someday tell his children, who are now 3, 4 and 6, the full story of what happened to their mother.

It won’t be a shameful story. And he hopes he’ll also talk about changes he helped create.

“I’d like to say … ‘This is what the people that we told about it (are) doing to help you and your generation,’ ” he said. “I really believe in that.”

Most popular stories of the week: March 13-19

Check out our most-read stories from the week ending March 19, 2016.

Slideshow: The most-read stories of March

Take a look back at the most read stories on journaltimes.com

BURLINGTON — A Town of Burlington man who planned to spend the rest of his life with his wife instead has had to learn how to plan her funeral.

RACINE — Doug and Lana DeVinny watched their daughter Alex struggle with an eating disorder for more than 10 years.

BURLINGTON — Tuesday was a day of elation mixed with sorrow for Burlington’s Nathan Libbey.

of the Town of Burlington are shown holding their children, from left, Lauryn, Jackson and Addison. Jennifer Libbey died Aug. 14, 2014, of cardiac arrest after years of battling an eating disorder.

gather at their mother’s grave on her birthday last year. Jennifer Libbey died in 2014 after suffering from an eating disorder for many years. Her husband, Nathan, is lobbying for legislation aiming to improve education, diagnosis and prevention of eating disorders. 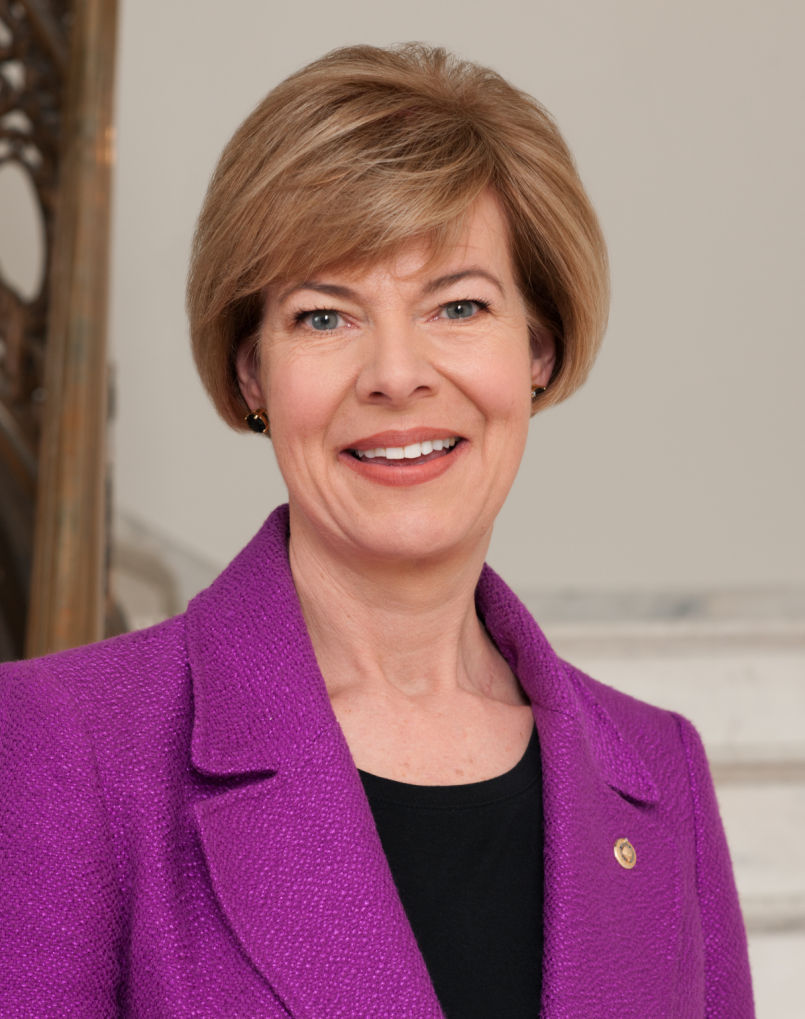