This year’s smaller-bottled spirits at AEppelTreow Winery and Distillery in Brighton will have a different look, but that’s not because the owners wanted a change.

Charles McGonegal, owner of the winery along with his wife Melissa, said he had to switch the bottle design out of necessity. “I don’t have a choice. It was this, or lose 20% of my revenue for a good chunk of the year,” McGonegal said.

Melissa and Charles McGonegal pose in October 2017 at their AEppelTreow Winery and Distillery in Kenosha County.

The reason he switched was because his normal supplier was out of his typical 375 milliliter bottle design, an indirect result of sand shortages during the pandemic.

The unprecedented COVID-19 vaccine rollout has sucked up international supplies of sand, a key ingredient in creating the glass vials where vaccines can be stored. As such, vaccine production, along with how the coronavirus and Texas’ deadly winter storms affected supply lines, is creating an unexpected problem for wineries, distilleries and breweries: They can’t get glass bottles as easily as they could before.

There are less than 1,000 sand mines in the U.S., the London newspaper, Daily Mail, reported in March. That could hurt the construction industry, which uses up to 50 billion tons of sand a year. Since 2015, there’s been a global shortage of glass that’s only worsening as vials are needed for vaccine rollout. Experts say demand for glass vials will rise by 2 billion over the next two years.

Some brands have made moves to lessen their glass usage, such as Snapple Beverage Corporation, which has switched from glass bottles to 100% recycled plastic bottles that use 80% less packaging material.

McGonegal speculated his normal spirit bottle supplier, Imperial Packaging Corporation, based in Northbrook, Illinois, might be one of the distributors of vaccine bottles, hence the shortage of the bottles he needed.

Shown are a 750 milliliter- and a 375 milliliter bottle of AEppelTreow's Wisconsin Apple Brandy from last summer. These bottles are from AEppe…

Imperial Packaging Corporation declined to comment on this story.

McGonegal was told the 375 milliliter bottle design wouldn’t be available until at least August, he said.

That wasn’t going to be an option: “I need them now,” McGonegal said.

He panicked. He described the situation as “stunning” and a reaction he had was “Oh my God.”

“It was a day or two of great worry until we figured out plan B,” McGonegal said.

Luckily, his second supplier Waterloo Container, based in Waterloo, New York, came to his rescue. McGonegal had been using Waterloo as his primary distributor for wine and champagne bottles, but not spirit bottles.

Bobbi Stebbins, marketing director for Waterloo Container, said the company has so much stock inventory, it has been able to help customers like McGonegal.

“We are definitely reaping the benefits of that right now,” Stebbins said, noting customers from across the country as well as Canada have been reaching out to Waterloo with the same issues.

However, it hasn’t been the smoothest sailing. “With the national glass shortage, we are feeling the pain of that as well.”

Waterloo has seen delays in stock productions, and some products the company was expecting in March or April have been postponed until November, Stebbins said. The company was additionally told other products are not going to be made this year.

She speculated the glass shortage may have occurred as COVID caused more people to be home, leaving more small business spirit companies with more time to produce products. In addition, many factories were shut down for months during times of social distancing, which paused production. Some factories are still not operating at 100% employee capacity. February’s ice storms in Texas also played a role in the slowing of production, Stebbins said.

Waterloo has been offering customers the best product options possible, even if that may mean a similarly priced option with a slightly different design.

“That’s what makes us different,” Stebbins said. “We supply to small wineries, small distilleries and large, national brands. We try to treat them all the same. We’re well prepared to handle this type of crisis because we have so much stock available and ready to ship.”

The company has 97 different liquor bottle molds, but is out of some of them.

“We may not be able to provide the exact bottle that someone’s looking for, but we’re well situated to solve almost any packaging dilemma,” Stebbins said.

The bottles AEppelTreow Winery and Distillery normally uses for spirits are more “square-shouldered” than the new Waterloo bottles, McGonegal said.

That meant everything he plans to bottle in the 375 milliliter bottles, including whiskey and brandy, will have to go into the round-top bottles. McGonegal said he luckily has enough of his typical 750 milliliter bottles already on hand, for the larger sizes of spirits the winery and distillery offers.

McGonegal said the fact he had to switch bottle shapes was a bother, overall: “It is mostly an annoyance because I was able to find an alternative,” he said. “It’s an aesthetic thing. It won’t hurt us with our established customers.”

The pre-printed labels he had ready-to-go don’t fit the new bottles perfectly, as the labels are made for a taller bottle shape. He wasn’t about to order more labels, though.

The glass additionally isn’t quite as clear as the typical bottles, making the spirit appear somewhat cloudy, he said. He is set for now and has his plan B, and hopefully next year the winery and distillery will be able to get back to its normal spirit bottles, he said.

Bernard Petersen, owner of The Runaway Micropub and Nanobrewery at 109 East Chestnut St. in Burlington, reported “longer than usual lead times” for ordering products but did not respond to further question clarifying for what. A lead time is the period between the initiation and completion of a process.

Randy Larson, owner and president of Spirits of Norway Vineyard, 22200 W. Six Mile Road in the Town of Norway, said he buys his bottles by the semi-load and his last shipment arrived in October, and avoided the current problem.

“I’m in good shape. And by buying in big quantity I have not needed to order any more,” Larson said in an email.

His supplier, Brick Packaging, was founded in Michigan and serves the Midwest. A search through the company’s website last week showed many of its products labeled as back ordered, especially spirit bottles.

The Journal Times reached out to several Racine County auto glass repair shops and other glass/window companies and did not receive responses.

“We buy our raw material and turn it into glass ourselves,” Paffrath said in a written statement. “We run into problems when we don’t plan ahead enough though as there is normally a 4-6 week wait time for our 2,000 batch order.”

Donna Fearing, an owner of Creative Spaces Studio, 318 East Main St. in Waterford, said in an email that her business was not as significantly impacted as the winery. However, there is a “noticeable slowness.”

“I had the darndest time ordering certain color rods for a few months,” she said, referring to material for making fused glass creations. “Also, I ordered a new kiln and those factories are running super slow/backed up. It’s been over a month and I still don’t know when I may receive it.”

Kilns are made with fire brick, and fire brick is made out of many materials, a major one being sand.

Fearing said white glass was the hardest color to find, causing her to be out of the color from spring 2020 to late fall and early winter.

The children in Florencia Garza-Bias’ Dual Language class at Dr. Jones Elementary School learned how to reduce, reuse, and recycle trash as pa… 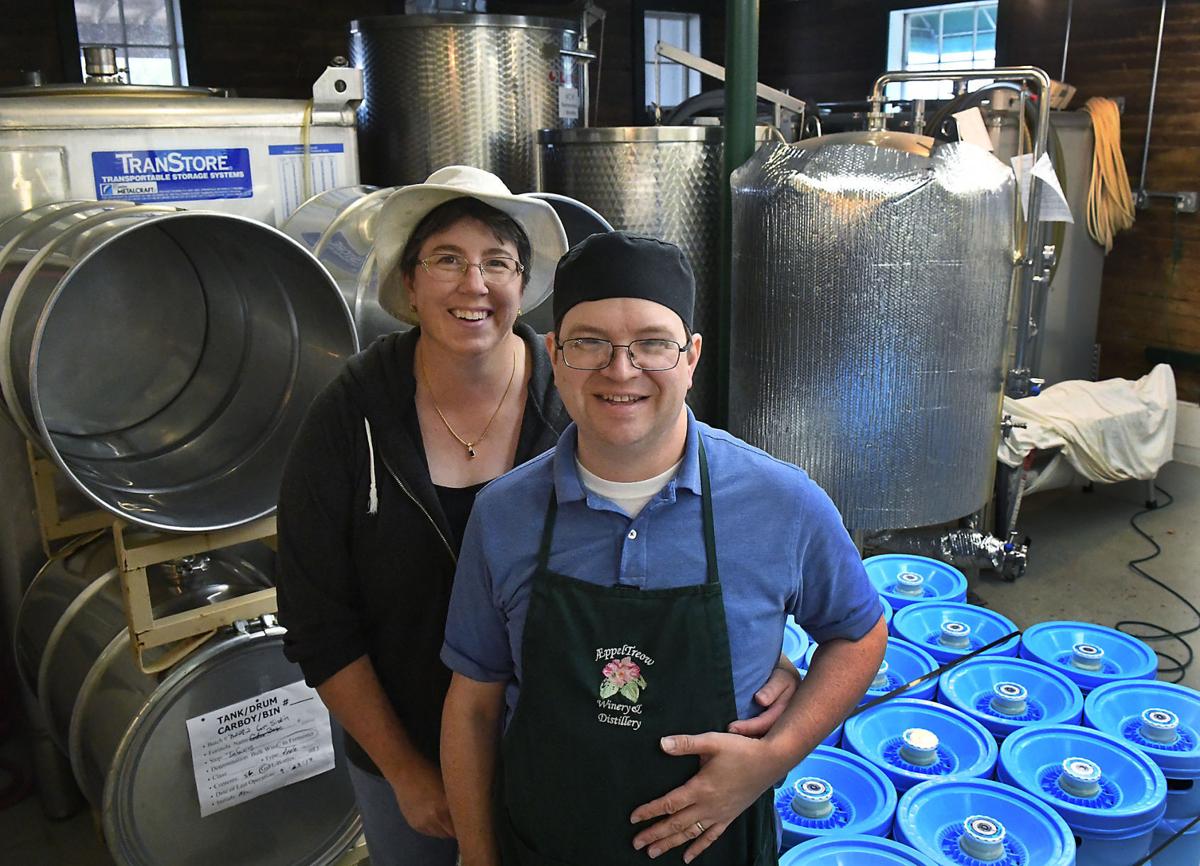 Melissa and Charles McGonegal pose in October 2017 at their AEppelTreow Winery and Distillery in Kenosha County. 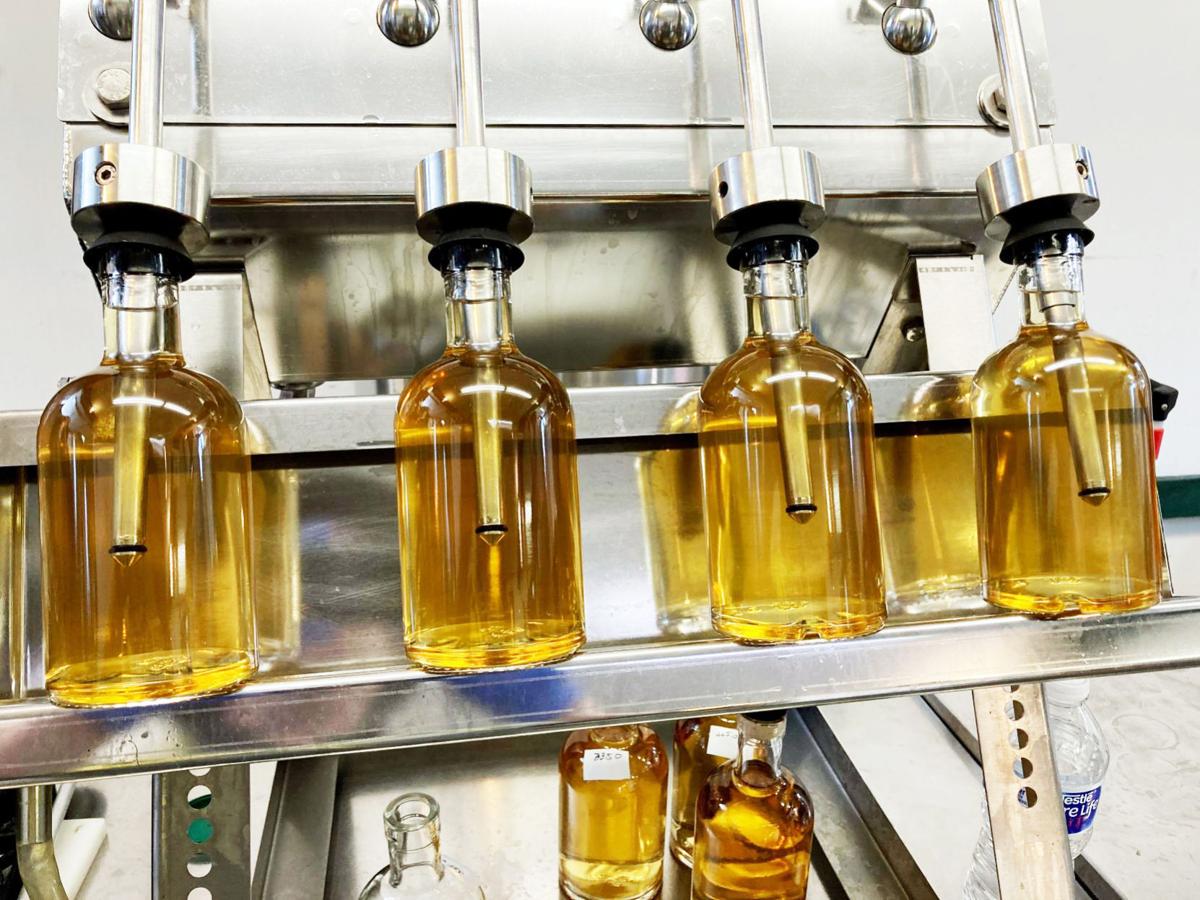 Bottles at AEppelTreow Winery and Distillery are filled with 375 milliliters worth of spirits in the business' new containers from Waterloo Container. AEppelTreow's normal spirit bottle supplier, Imperial Packaging Corporation, was out of the typical square-shouldered design. 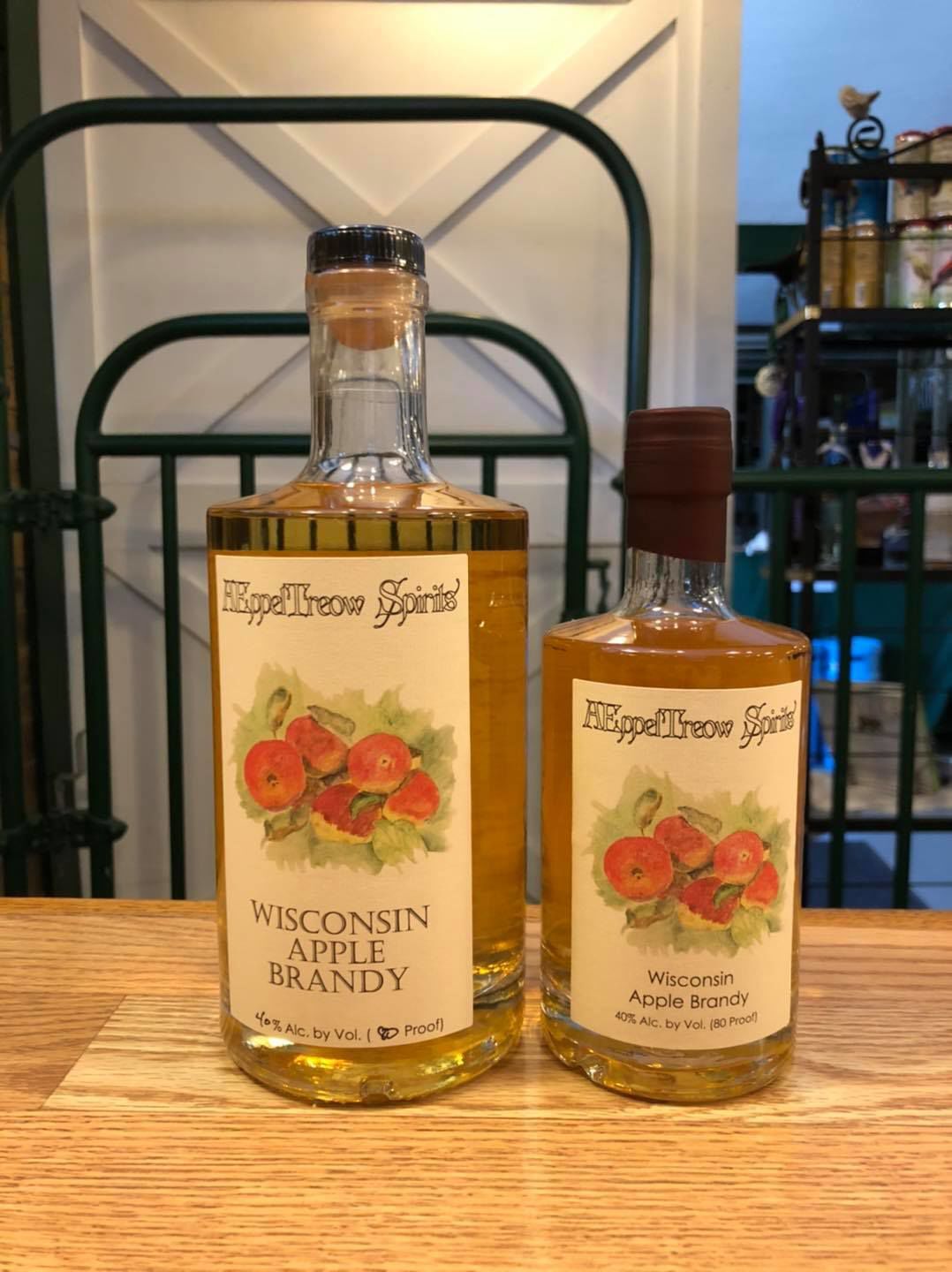 Shown are a 750 milliliter- and a 375 milliliter bottle of AEppelTreow's Wisconsin Apple Brandy from last summer. These bottles are from AEppelTreow's normal spirit bottle supplier, Imperial Packaging Corporation, which hasn't been able to fulfill its normal demand due to shortages of glass in-part caused by an international sand shortage. 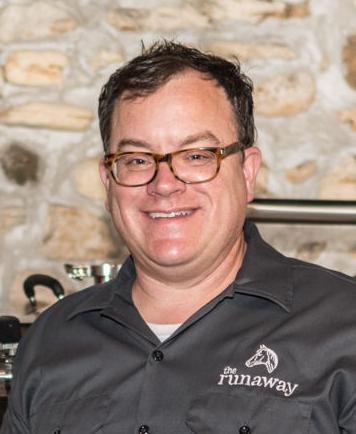 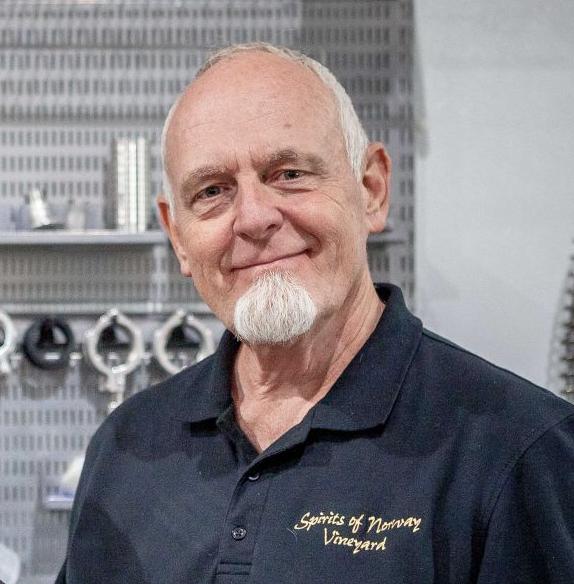 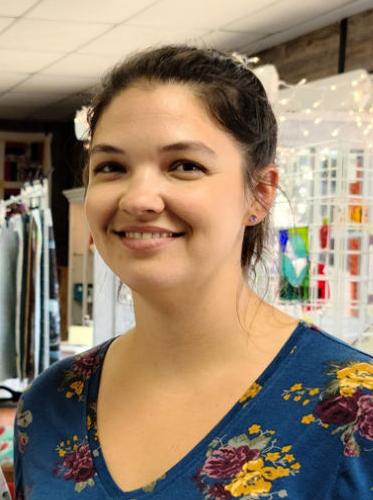