BURLINGTON — “I wanted to let people know what really happened. In 18 days, we lost 900 Marines and 2,000 Army brothers. It was so cold that your eyelids would freeze shut if you didn’t keep blinking.”

Marine Sgt. Robert “Bob” Boulden said that in a 2016 episode of the PBS documentary series “American Experience,” about the Battle of Chosin Reservoir in 1950 during the Korean War. During that battle, temperatures plunged to as low as negative-36 degrees Fahrenheit.

Boulden, named this week the Wisconsin 1st Congressional District’s Veteran of the Year, was 21 years old at the time of the battle. He had enlisted in the U.S. Marine Corps at age 18, and was in Korea for 13 months, making “three amphibious landings under fire,” he said.

In the war, he carried a box camera, documenting his experience in what became known as “Hell Fire Alley.”

The battle was pivotal in what would become the stalemate that is the Korean War: it occurred soon after Communist China shocked the world by committing forces to support North Korea against South Korea, which was bolstered by troops from the U.S. and United Nations.

Boulden said that the sacrifice of the soldiers enabled as many as 100,000 refugees to make it south and avoid falling under Chinese Communist rule.

The Americans and their allies were forced to retreat after the battle that took more than two weeks, with the survivors becoming known as “The Chosen Few.” The battle could’ve been far more tragic: an estimated more than 100,000 Chinese and North Korean troops encircled some 30,000 allied troops at one point, with the allies being able to break through and fight their way to safety.

Of the battle, “Next time you see an ant hill, stick your foot in and stir it up and see what happens. That’s what it was like,” Boulden told the Milwaukee Journal Sentinel in 2016.

“My hands and feet were froze ... I’m lucky to walk,” Boulden, now 91, said earlier this year of the battle.

Wisconsin’s First Congressional District includes all of Racine and Kenosha counties, and parts of the four surrounding counties.

“Bob’s commitment to service, excellence, and dedication was clear in our nomination process,” stated U.S. Rep. Bryan Steil, who picked Boulden to receive the award. “His distinguished career in the military and commitment to service in our veterans community is a shining example of leadership for all Americans.

“We cannot thank each of our veterans in Wisconsin enough for their service and sacrifice to our country. I remain committed to shining a light on heroes in our community working day in and day out to support our veterans. Thank you to everyone who submitted a nomination to our annual award.”

In a statement, Boulden said “I was overwhelmed to receive this award. I just like to do what I can for our veterans.”

Since returning stateside, Boulden has constantly volunteered with veterans groups, including previously serving as post commander at Burlington’s Veterans of Foreign Wars Post 2823. He also has been part of rifle squads for military funerals and holidays, American Legion Post 79, and the Marine Corps League.

In an interview published for Memorial Day earlier this year by Racine County Veterans Services Office, Boulden said of Memorial Day: “It’s not just picnics and parades and all that. It’s for our veterans that have fallen. You think about your buddies that we have lost.”

“I wanted to be a Marine from the time I was small ... it was everything the Marines stood for since the beginning of time,” he said in the interview, having grown up during World War II. “I could not wait until I was old enough to be a Marine.

Racine County Veterans Services Officer Zach Zdroik said of Boulden that his “heart and soul is the veteran community, without a doubt.”

With Congressional Recognitions of Service

According to U.S. Rep. Bryan Steil's office, 16 veterans were nominated for Veteran of the Year in his district.

Getting rid of Echo Lake wouldn't eliminate the waterfront amenities Burlington currently has. Among ideas proposed in a new report are a White River pedestrian bridge and fishing docks. City Council debate is to begin Tuesday. 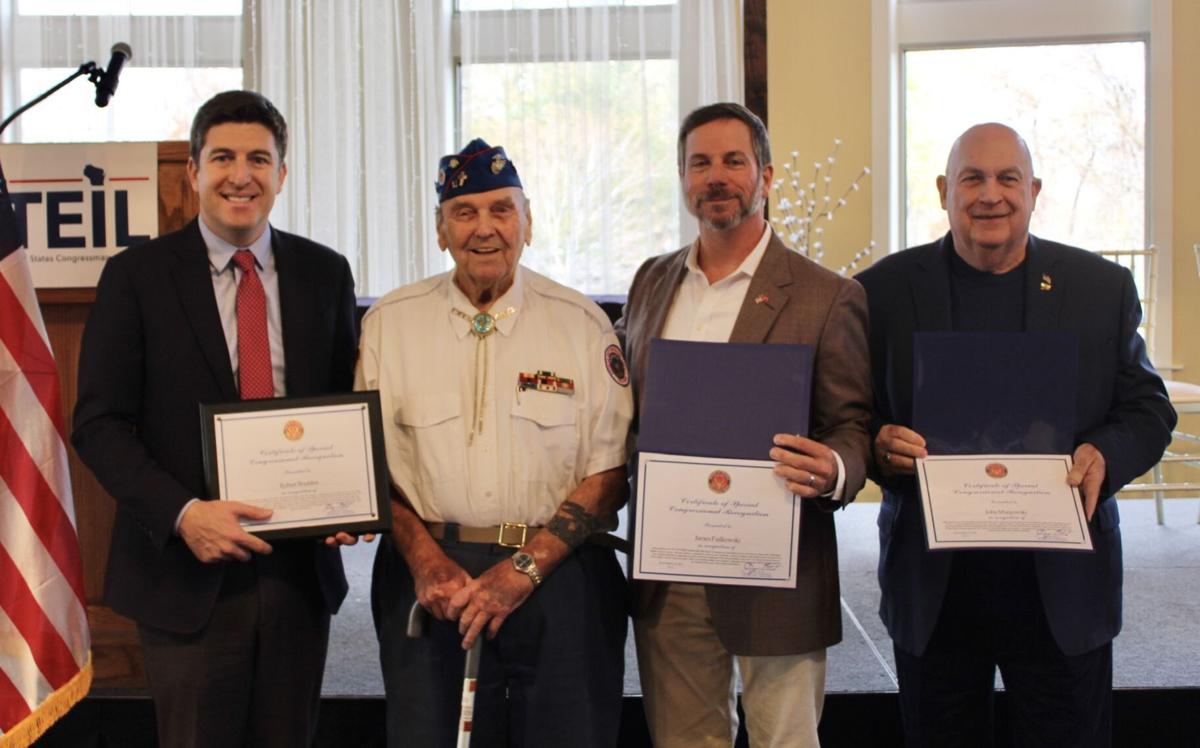 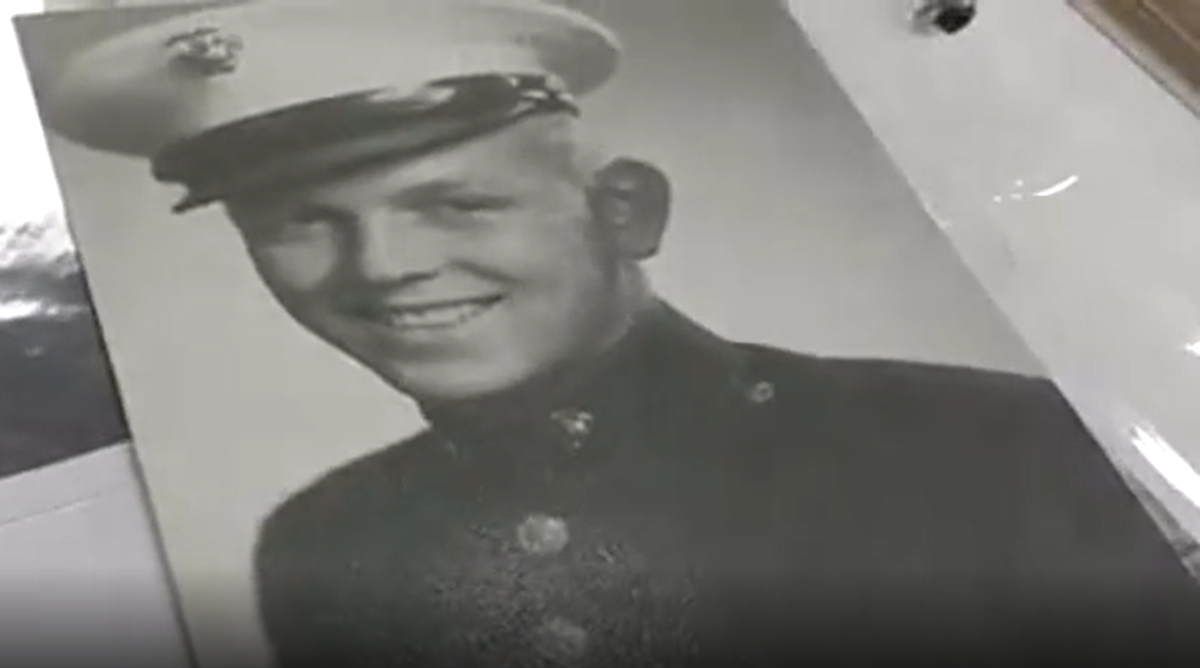 A photo of Robert "Bob" Boulden as a young Marine is shown here. 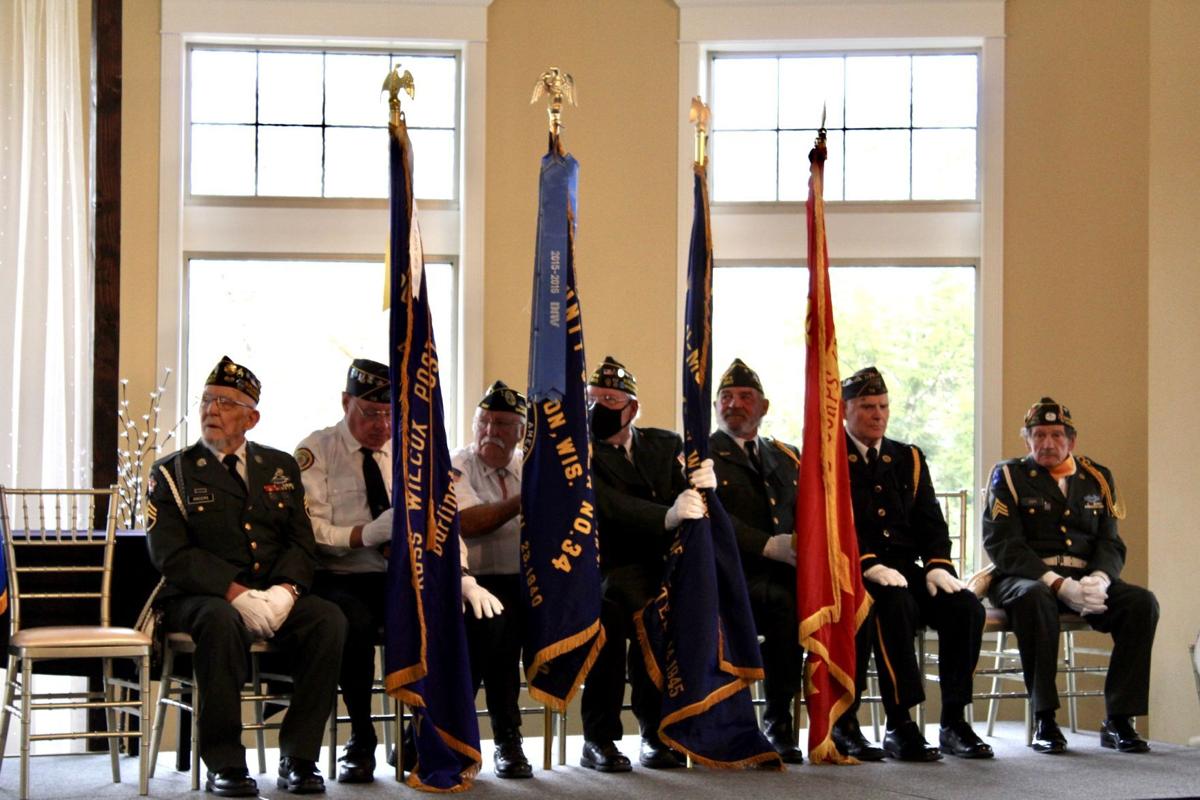 The color guard that was part of Wednesday's Veteran of the Year ceremony  in Burlington Wednesday honoring Marine Sgt. Robert Boulden is shown here.