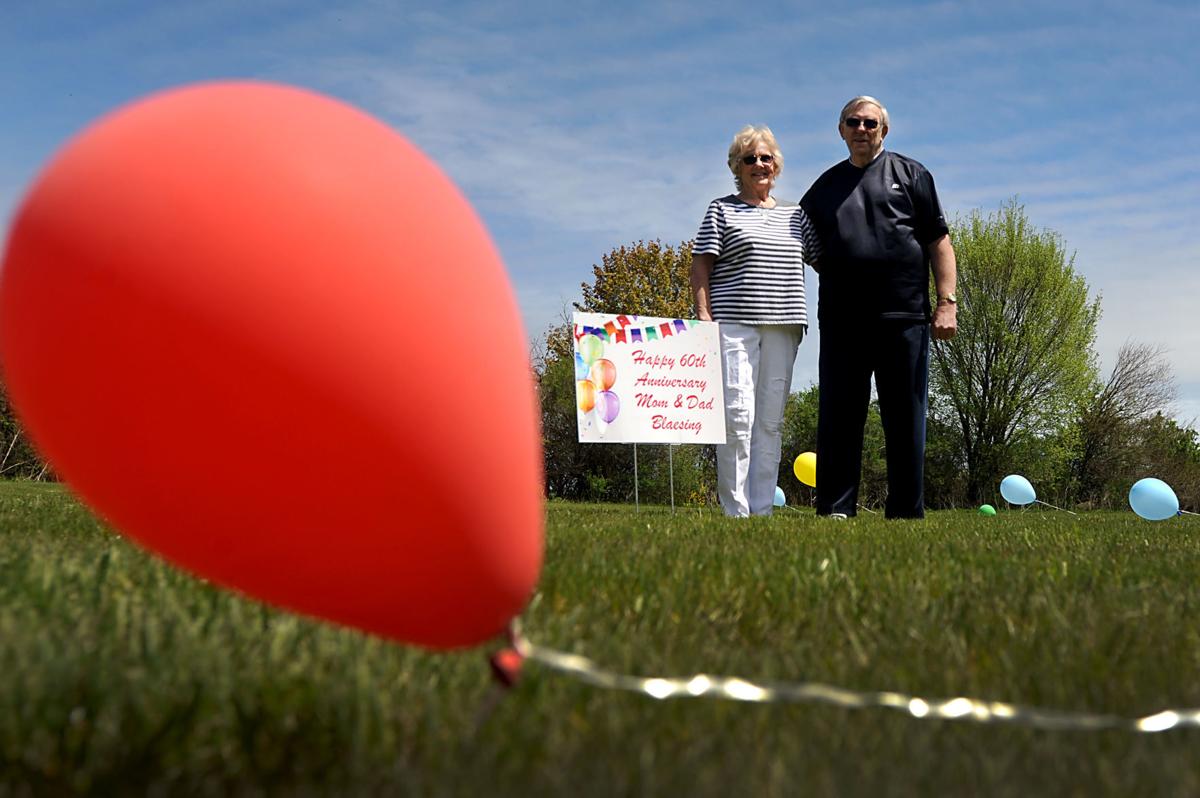 Tootie and Herm Blaesing celebrate their 60th wedding anniversary Thursday with a sign and 60 balloons in the field behind their apartment at Fountain Hills Apartments in Mount Pleasant The balloons and sign were a surprise from their children to recognize their anniversary. 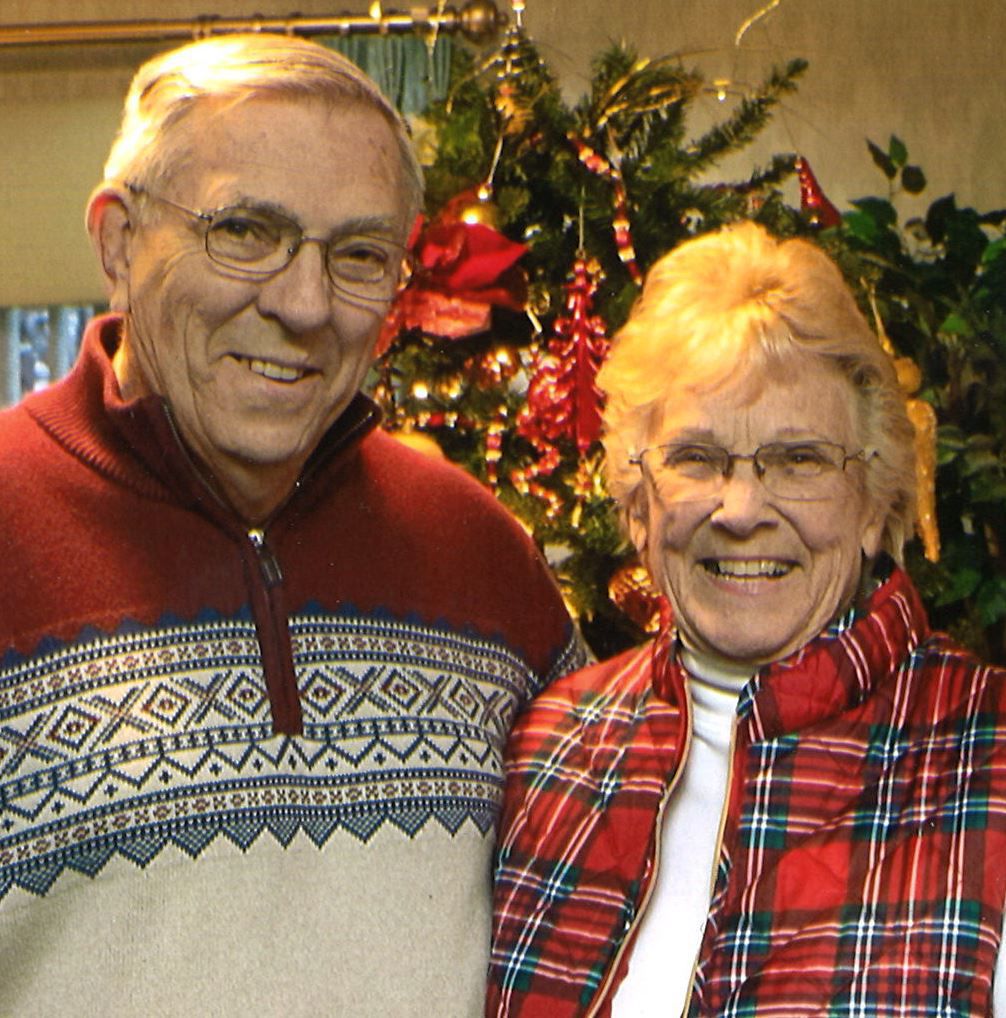 MOUNT PLEASANT — Mr. and Mrs. Herman “Herm” Blaesing celebrated their 60th wedding anniversary Thursday and were surprised by 60 balloons in their lawn.

According to the Hermans, their youngest son was tasked with the project.

“He got the responsibility of coming over here about 4:30 in the morning and setting all the balloons up with the sign — he enjoyed it immensely,” Herman said.

While the family cannot currently gather together due to COVID-19, they have planned a trip together in June at Northernaire Resort in Three Lakes. There they will be renting a pontoon and be touring 27 lakes in the area, according to Mr.Herman.

The couple has lived at Fountain Hills apartments, located just northeast of Washington Avenue and 90th Street, for six years, which Herman said has been wonderful because instead of having to take care of the outside, he now watches the lawn crew do it for him.

“I sit on the patio and watch the guy cut the grass yesterday, in fact,” Herman said. “It beats the heck out of riding around on the lawn mower all day, I’ll tell you.”

Blaesing and the former Virginia “Tootie” Rothe were married on May 21, 1960, at Trinity Lutheran Church in Caledonia. Virginia’s brother, the Rev. George Rothe, officiated.

The Racine natives were classmates at Racine Lutheran High School and started dating on the eve of graduation. They went to the Westgate Outdoor Theater for their first date.

Blaesing, 80, was employed as a lithographer at Western Publishing Co. Inc. for 40 years, retiring in 2000.

He enjoys boating, fishing and trips to Texas. Blaesing is a Lutheran High School Thrift Shop volunteer, a bingo caller at Fountain Hills and a supporter of several Indian reservations.

Mrs. Blaesing, 79, was a clerk/dispatcher at Tews Life & Cement, retiring in 2000. After retirement, she worked part time at Kohl’s department store.

She is a chief inspector at the voting polls, and enjoys coffee hour and happy hour gatherings and keeping her husband in line.

The Blaesings said their happiest moments together have been watching their children and grandchildren in their activities.

They have three children: Scott (Susan) of Dousman; Craig (Machelle) of Frisco, Texas; and Glenn of Racine. The couple has four grandchildren.

Their advice for young people getting married today: “Always care about the other person’s feelings. Be nice.”

STURTEVANT — In a swift and unexpected turn of events, Quebec, Canada-based BRP in a late Wednesday press release announced the immediate end …

While the mall reopened Tuesday, some chains remained closed.

'I forgot it’s not legal everywhere:' Illinois man allegedly caught with marijuana on I-94

RACINE — City police have arrested a suspect in the Thursday morning homicide that took place in the 1100 block of Racine Street.

The past four days in Racine have been deadly and dangerous

RACINE — The past several days in Racine have been dangerous and tragic.

Restaurants in Racine are open again, but dining out still doesn't feel normal

Although Tuesday marked one of the first incidences of the city’s Safer at Home order being loosened, the scenes at different city restaurants were still anything but normal. Several restaurants had social distancing mandates in place, but each establishment enforced rules differently.

Worker cleaning debris hit, killed on I-94 in Racine County

Tootie and Herm Blaesing celebrate their 60th wedding anniversary Thursday with a sign and 60 balloons in the field behind their apartment at Fountain Hills Apartments in Mount Pleasant The balloons and sign were a surprise from their children to recognize their anniversary.