RACINE — When Deejae Kober was signing her daughter Jordyn Harvey up as a Little Sister as a part of the Big Sisters of Greater Racine program, the application asked for suggestions of the type of Big Sister the applicant was seeking.

And while most applicants usually write traits such as “outgoing,” “kind,” “relaxed,” “patient” or “high energy,” Kober just put down a name: “Jennifer Zygmunt.”

“It was awesome,” said Big Sisters Director Susan Sandvick, who handles the matchmaking process. “I was like, ‘OK, done.’ Usually I have a big screening process and all this. So it was really nice to be able to be like, ‘And everything’s here.’”

Zygmunt was Kober’s former Big Sister, a match that dates back to 2007. The two got very close over the years and remained in touch even after Kober graduated from the program in 2015 — the same time of her high school graduation. And now that bond will continue, but in a different way, as Kober passes off the sisterhood to her daughter.

The need for Big Sisters

From March 2020 to June 2021, Big Sisters had to close 20 matches due to losing touch during the pandemic, which amounted to about 40% of total matches. Most of the closed matches resulted in the Little Sister placed on a waiting list to get a new Big Sister.

Right now, the organization is waiting for six Big Sisters. As the school year begins, more Little Sisters are likely to sign up as recommendations from school counselors come in. So, that means even more of a need for Big Sisters.

Additionally, PALS (People Assisting Little Sisters) are needed. PALS help out Big Sisters who are unable to attend events and girls on the waiting list by accompanying Little Sisters and unmatched littles to group activities and events.

The Big Sisters program accepts little sisters ages 5-14, and girls can stay in the program until age 18 or high school graduation. Big sisters must at least be 18.

Big Sisters was something both Kober and her biological sister Jaecee Kober joined — their mother signed them up.

Zygmunt said she enrolled in Big Sisters in 2007 because she wanted to help out an organization, and she had two sons.

“I just wanted to do things with girls,” Zygmunt said.

Zygmunt was matched with Little Sister Kober, both from Racine, when Kober was in fifth grade. That was Zygmunt’s first match, and she’s had one more Little Sister since then, who she is still working with.

Big Sisters hosts four optional events throughout the year where all the matches can get together. It’s pretty much up to the sisters what else they want to do.

Zygmunt and Kober went to a Milwaukee Bucks game, Apple Holler in Yorkville, watched “The Lion King,” cooked food, attended banquets, made crafts, sewed and played plenty of games while matched together.

Kober said some of her biggest, standout memories with Zygmunt were while sewing. Kober recalled making a leather jacket, a dress, a purse and other bags.

Now, Zygmunt is working on alterations for Kober’s wedding dress — plus her sister’s, her daughters’ and her mom’s dresses that they will wear to the wedding on Oct. 16.

Zygmunt said she doesn’t have an extensive background in sewing; she just knows how to do it.

“I learned a lot just from doing it with Deejae,” she said. “It actually improved my skills a lot.”

Sandvick checks over Big and Little Sister applications, performs background and reference checks, and looks at the Big Sisters’ driver’s licenses and car insurance. Then the Big Sisters attend orientation; there is no initiation ceremony or anything else like that.

Zygmunt said she plans to get to know Harvey, bring her to her home, have lunch and play games — just as she did with Kober.

“And then I try to figure out what her interests are,” Zygmunt said. Kober said Harvey’s interests include art.

When asked why Kober signed Harvey up for Big Sisters, she said it’s the same reason her mother initially signed her up.

“She’s very attached to me and she’s very, very quiet,” Kober said of Harvey. She’s planning on enrolling her other daughter Jaedyn Harvey, 2, for Big Sisters once she’s old enough. The Big Sisters program accepts girls as young as 5. But certain exceptions allow 4-year-olds in the program as well.

Kober said a large part of becoming more social was getting close with Zygmunt, Zygmunt’s sons and husband. At one point, Kober lived four doors down from Zygmunt and her family. This wasn’t planned, however. It was just where Kober’s mother found a place to live.

Zygmunt said she hasn’t spent much time with Harvey yet. She said she is looking forward to getting to know Harvey and seeing Kober more as a result of the match.

“This story was just so cool to me because of the generational effect,” Sandvick said. “I love this match.”

Out on the Town: Racine Big Sisters fashion show 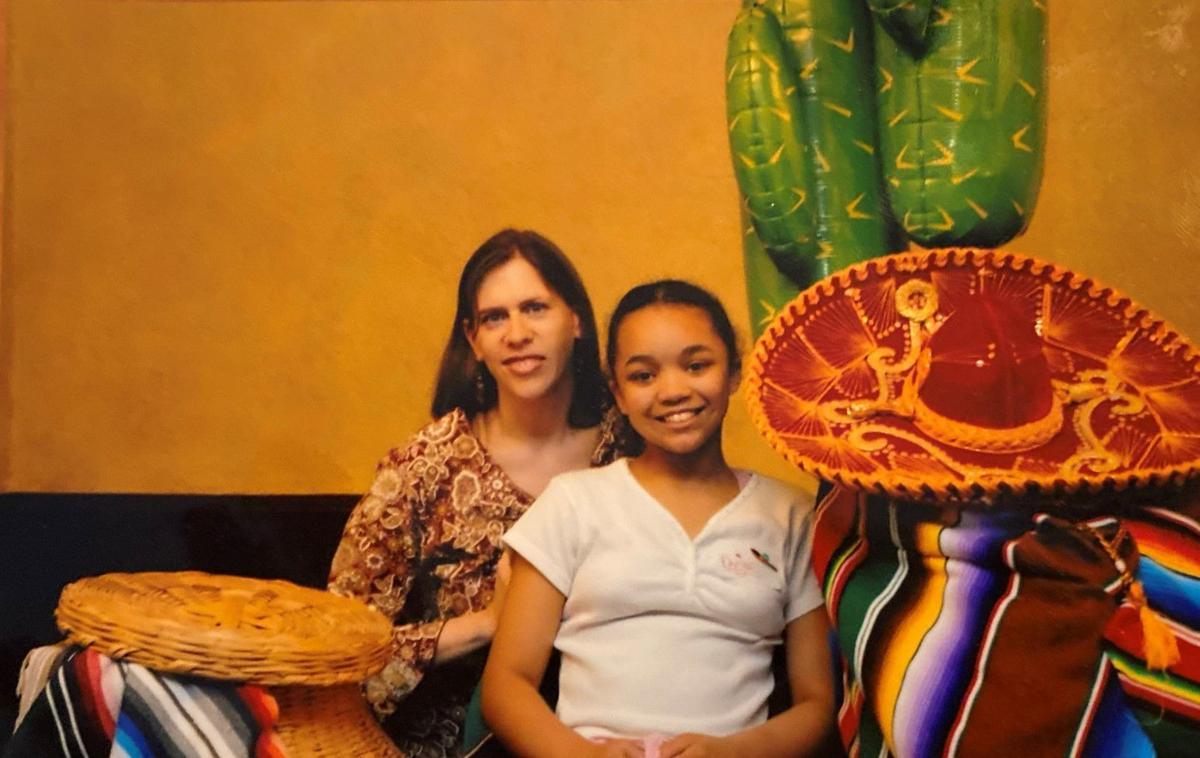 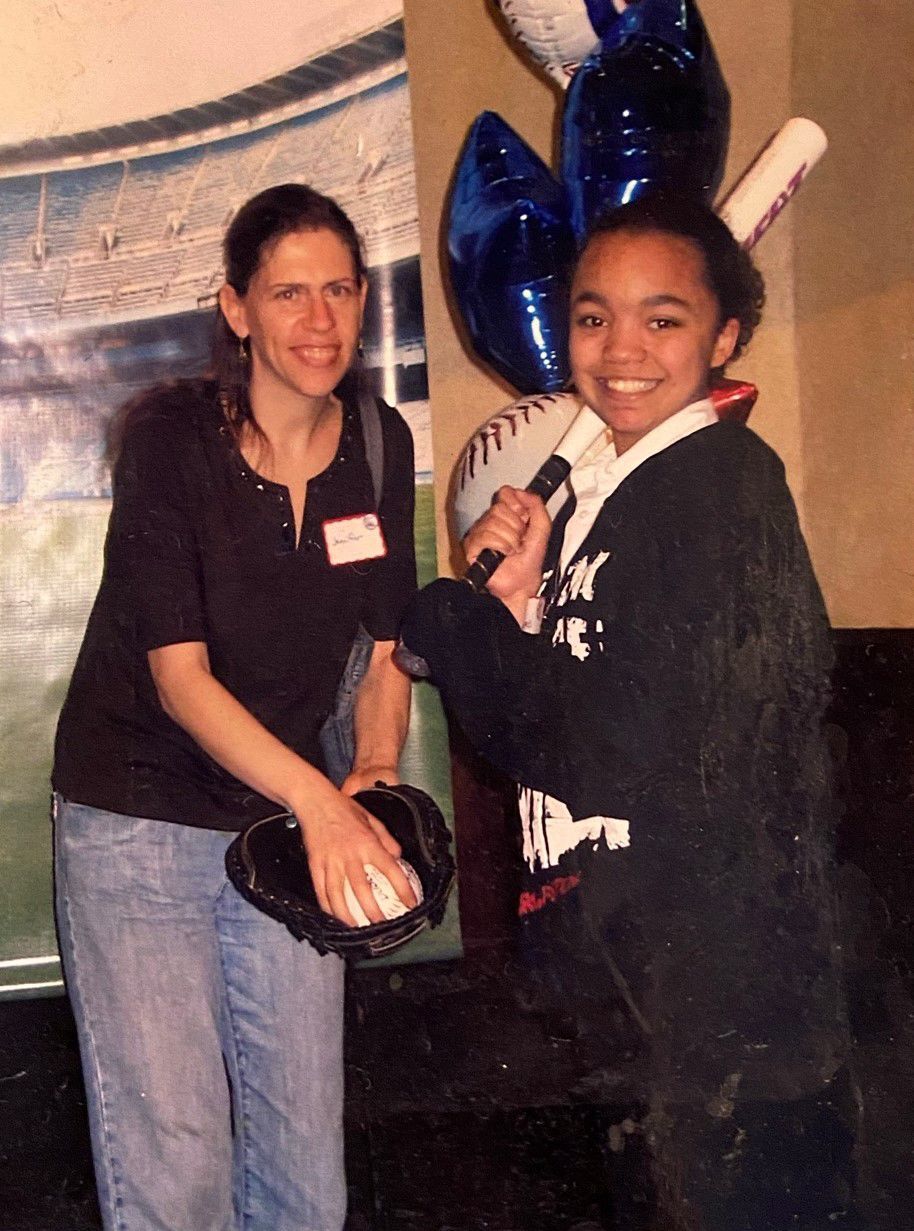 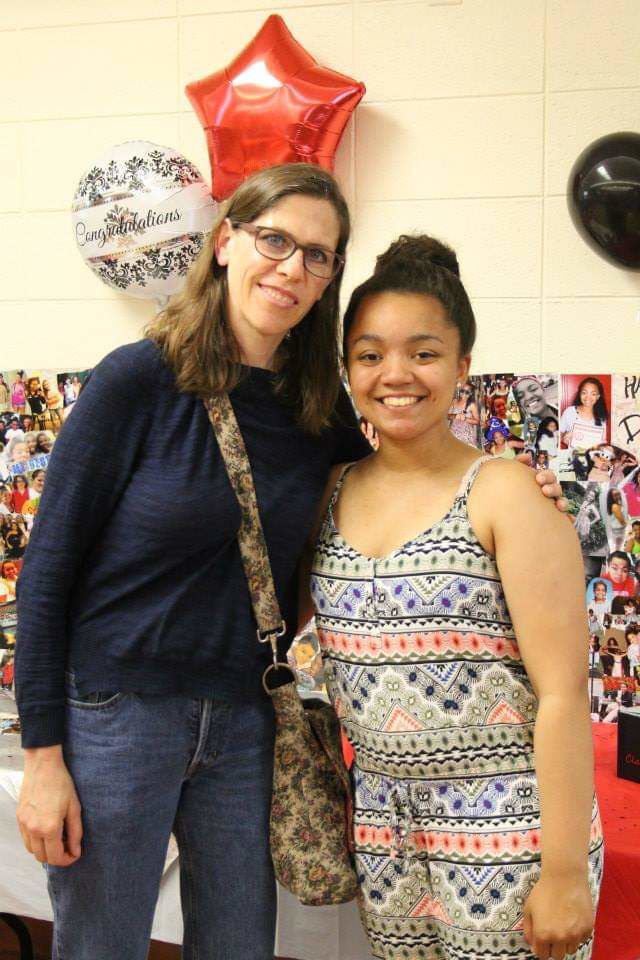 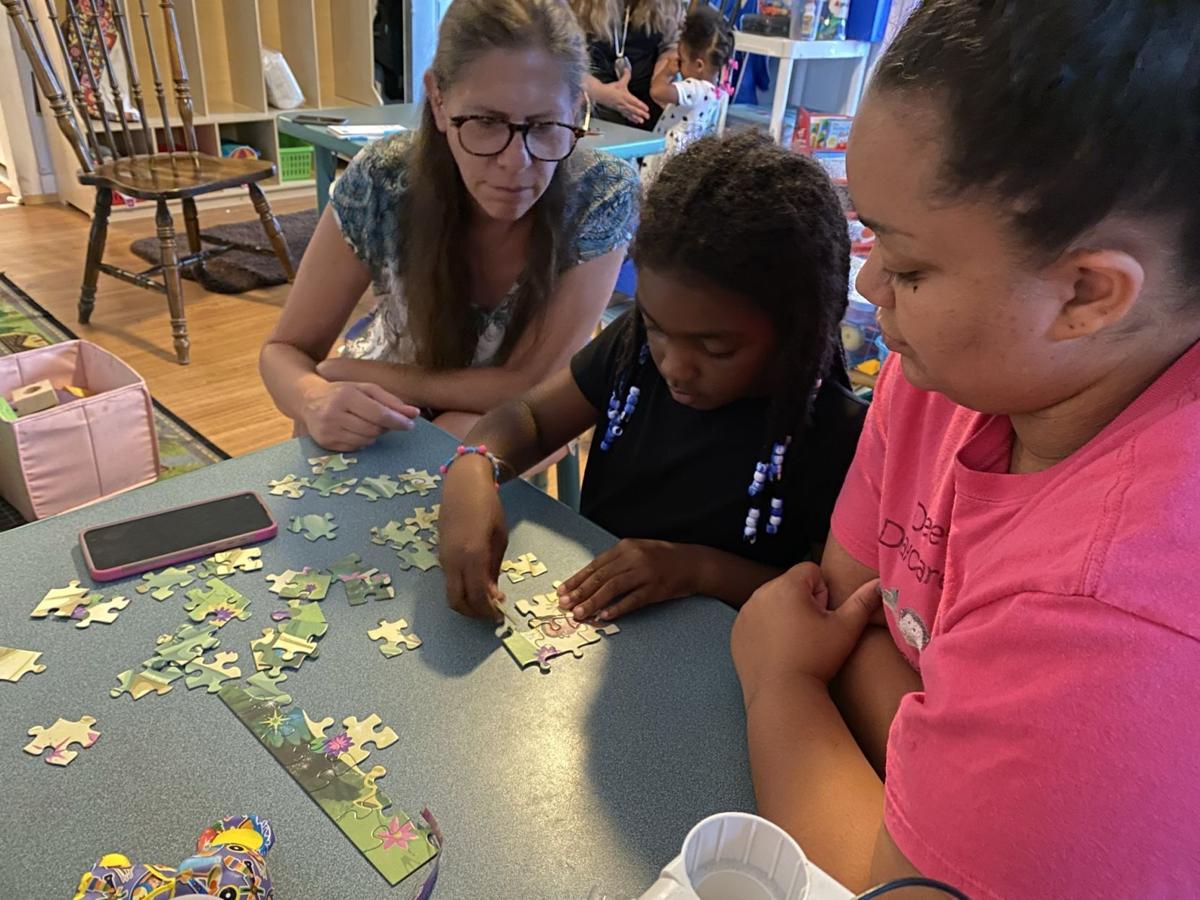 From left: Big sister Jennifer Zygmunt, little sister Jordyn Harvey and her mother Deejae Kober work on a puzzle with characters from Disney's The Princess and the Frog at Kober's home and daycare business located in the 3300 block of Lasalle Street. 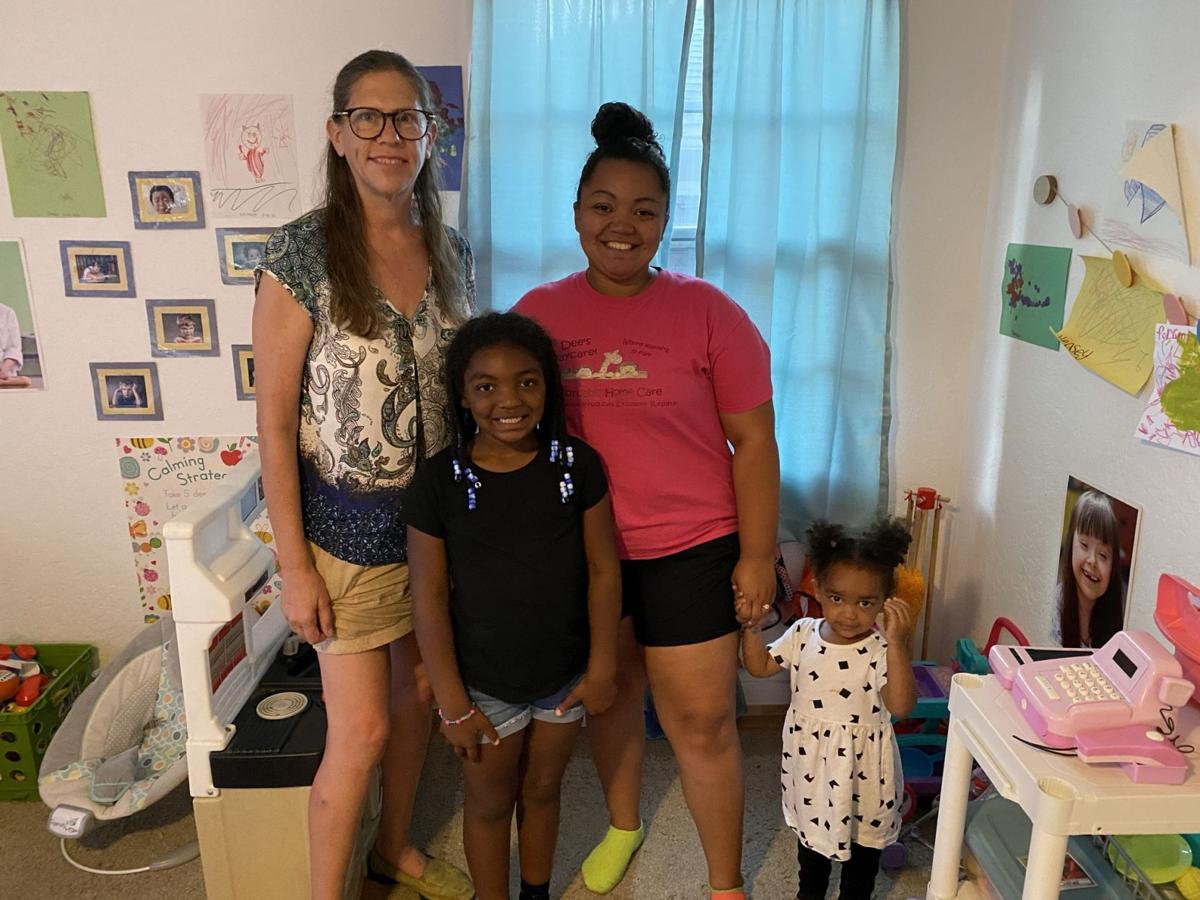