Become a Member
Read Today's E-edition
Share This
Call of the Wild: Husky found after 28-day mountain odyssey
0 Comments
Share this
1 of 3 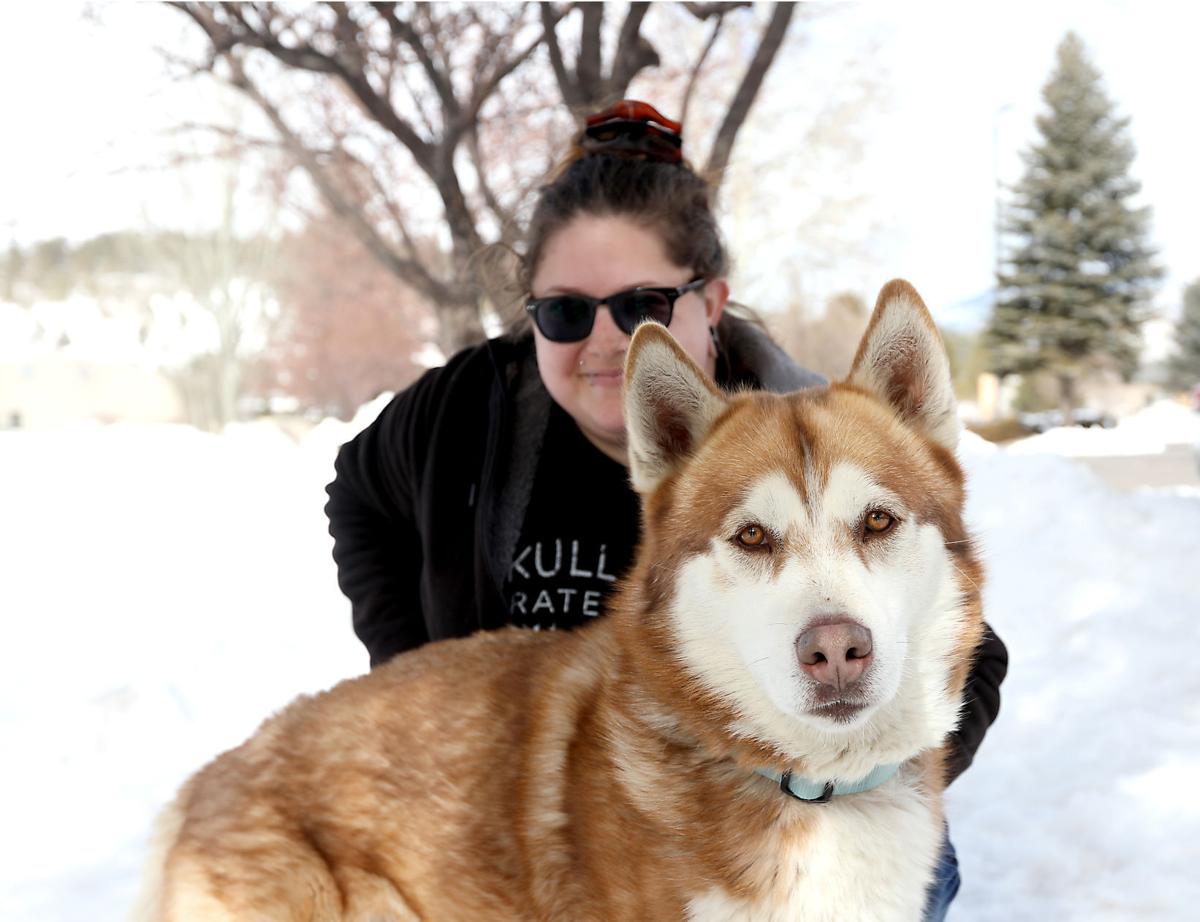 Kronk, a 5-year-old husky, acts a little skittish Monday morning and weighs in 40 pounds lighter than when he ran away from his family at Aspen Corner on Snowbowl Road nearly a month ago. Kronk spent 28 days on his own before being caught in a humane trap. 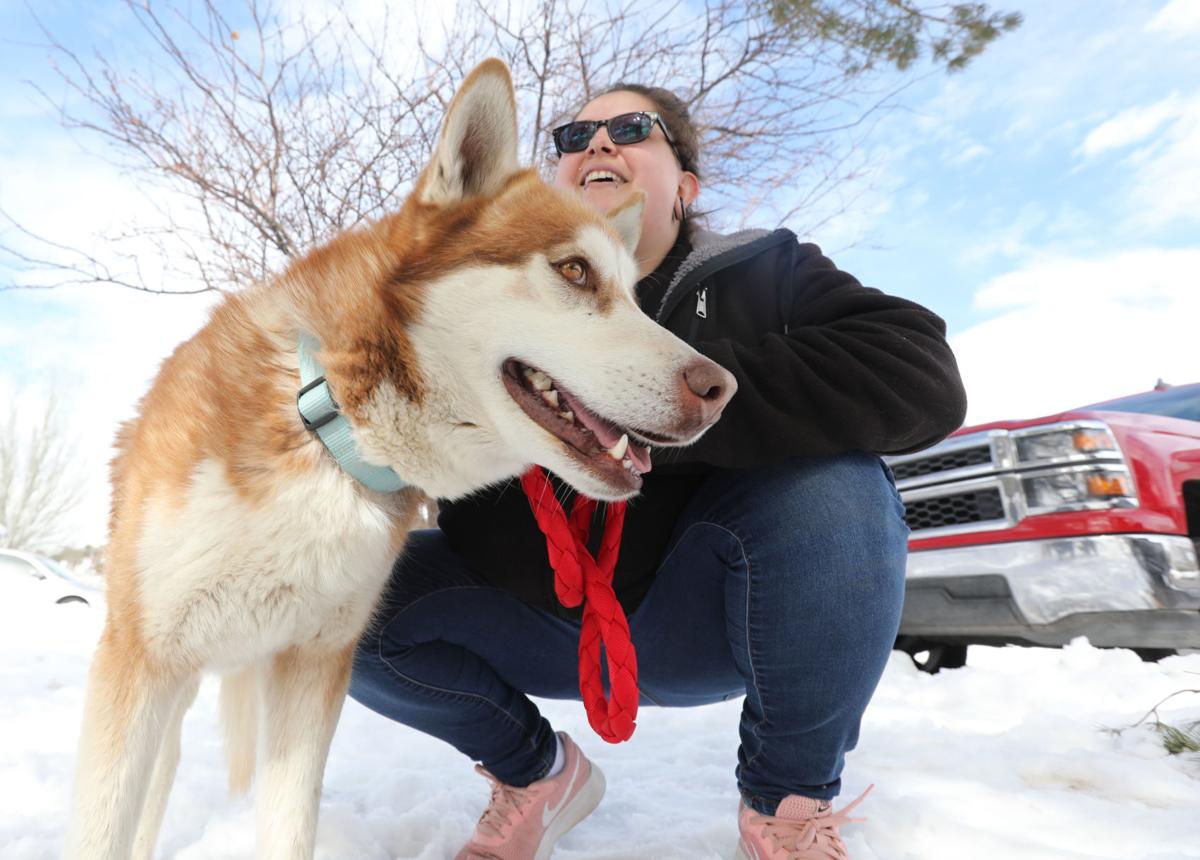 This Husky, believed to be named Kronk and originally identified as such by owner Andrea Hyler, is actually another lost dog, Daggo. The two look remarkably alike, except for one big difference. 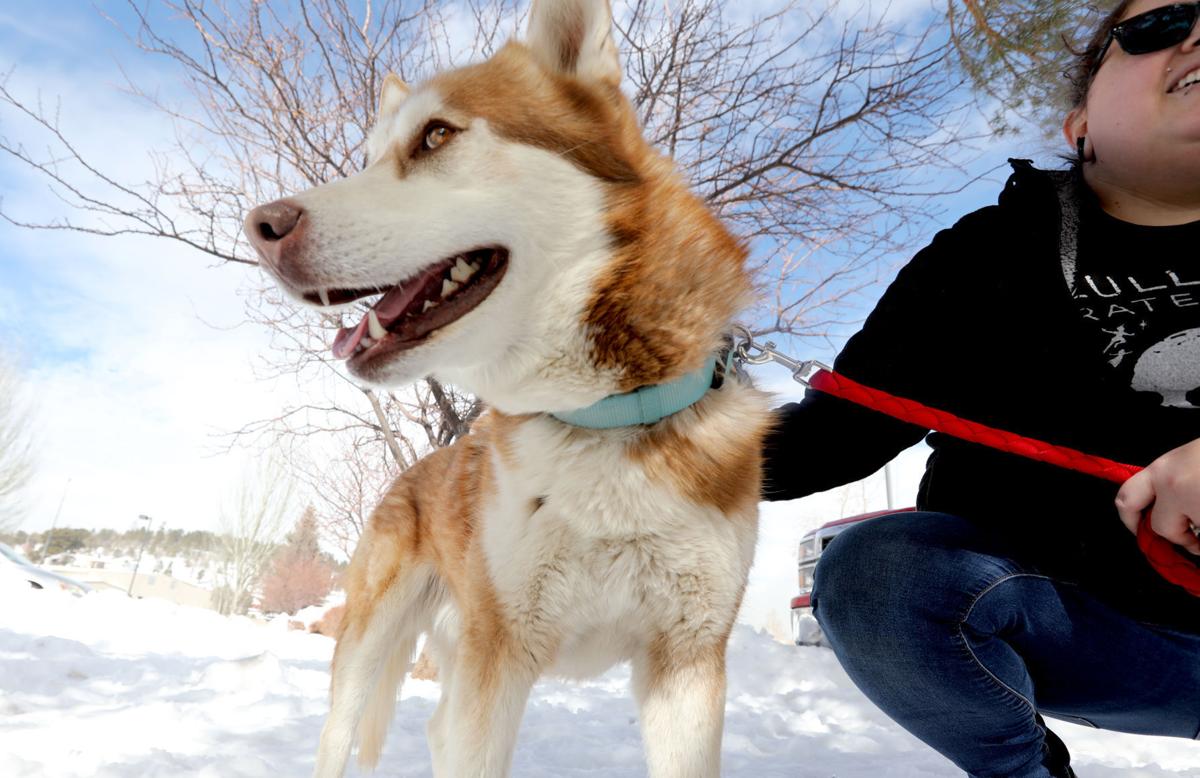 Kronk, 5, and owner Andrea Hyler pose for a photo.

Kronk the Husky, of course, cannot say what adventures came his way during his 28 days in the wilds of the San Francisco Peaks, but from accounts pieced together by his rescuers, this looks to be a tale worthy of a Jack London story.

A story with a happy ending, that is, thanks to the volunteers at the Northern Arizona Animal Search and Rescue, a nonprofit dedicated to finding stray pets. Early Monday morning, Kronk was found and trapped way over near Sunset Crater, a mighty long trek from Aspen Corner, and reunited with his owners, who immediately drove from their Buckeye home for a tearful reunion.

“I was absolutely in shock when I got the call,” owner Andrea Hyler said Monday, waiting at Midtown Animal Clinic for her 5-year-old husky to be checked by a veterinarian. “It’s been a roller coaster these past couple of weeks. We’ve had sightings and by the time they’d get someone out there, it’s gone. Every time you get hopeful, then you won’t hear another sighting again for a week.”

All indications are Kronk (named for the character in the Disney movie “The Emperor’s New Groove”) came out none the worse for wear after his odyssey in the wild, surviving two major storms that dumped several feet of snow in the mountains.

Sure, he lost some weight, an estimated 40 pounds, but let’s just say this husky was a tad husky before his epic walkabout. Kronk’s hair wasn’t matted, he suffered no wounds. He was a tad skittish, but obeyed commands. He’s his same happy self.

And now Kronk’s family has a great story to tell about the pooch's first experience in the snow.

Twenty-eight days ago, Kronk bounded into his family’s truck for a fun snow-weekend in Flagstaff, and when the gang arrived at Aspen Corner, near the Snowbowl, Kronk was raring to go. Hyler got the leash and harness secure, but Kronk kept pulling and yanking, champing at the bit. Eventually, he broke free and, in Hyler’s word, “ran up that mountain like nobody’s business.”

The family gave chase to no avail. Kronk’s paw and leash prints were all that remained. Andrea suffers from acute asthma, and the 9,000-foot elevation made her unable to trek through the snow for long. So she contacted Northern Arizona Animal Search and Rescue founder Teresa Schumann, who specializes in tracking down lost pets of nearly all species.

Schumann said she first instructed Hyler what to do over the phone.

“We said, ‘OK, get scent items out, get food out. If you see him, don’t chase him, just let him come to you,’” Schumann said. “The next morning, we asked if (Kronk) had come back. No. So we went up there and met them.”

Schumann said she and other volunteers followed the tracks, growing fainter, until they reached a cliff. They could go no farther. Scouting around, they found more tracks heading up the mountain. They left food in the area and, for two or three days, kept checking. The food was gone, the tracks remained, but no Kronk. Getting concerned, Schumann called in two professional animal trackers from Cottonwood, but they came up empty as well.

A week passed with no sign of the missing husky. Then Schumann got a call from a man living north of Camp Colton, well west of Aspen Corner.

“The guy says, ‘I just saw your dog,’” she said. “We raced up there with a drone operator I know. We looked at the tracks. The guy told us he thought at first he had a wolf on the property, but then it went away.”

No subsequent Kronk sightings for nearly two weeks. Hyler was  distraught. She and her family returned to Aspen Corner every weekend, looking, calling Kronk’s name. It was in vain.

Then, last week, just before the heavy snow storm hit, Schumann got a call from a man driving through the Sunset Crater area. The guy said he saw a husky that looked just like the photo of Kronk circulating. Schumann was incredulous.

“No,” she told the man, “that cannot be the same dog way over there.” But then she went out and saw fresh tracks in the newly fallen snow. “So we kept putting cameras out and food out but no sighting. Everyone in that neighborhood, Sacred Trail, had told us we haven’t seen a dog like this running loose.”

It looked hopeless, until Sunday afternoon when Schumann’s phone rang once more.

“My co-worker said her mom saw a husky on her porch,” she said. “So we put out a trap again. I called Sunday night before bed and no husky in the trap. Then, (Monday) morning, there he was.”

Schumann raced to the scene. It was, indeed, Kronk, acting skittish and scared. She tried to coax him out but “we had the owner’s scent items in there, so that’s probably why so kept going back in the trap.”

Eventually, Kronk obeyed. Three hours later, Hyler and her brother arrived, and there was a touching canine-human reunion.

“They’ve been incredible,” Hyler said of Schumann and the rescue organization. “Without them, I would’ve been completely hopeless and lost.”

As for Schumann, it was just another solved case. Granted, this one was special, because it was the longest successful search, and because of the great distance Kronk traversed.

And as for Kronk, he just lolled his tongue and jumped in the truck as if nothing had happened.

The saga of Kronk, the missing husky who has roamed and rambled up and down and all around the San Francisco Peaks for going on 42 days, has at last ended.

Kronk, a 5-year-old husky, acts a little skittish Monday morning and weighs in 40 pounds lighter than when he ran away from his family at Aspen Corner on Snowbowl Road nearly a month ago. Kronk spent 28 days on his own before being caught in a humane trap.

This Husky, believed to be named Kronk and originally identified as such by owner Andrea Hyler, is actually another lost dog, Daggo. The two look remarkably alike, except for one big difference.

Kronk, 5, and owner Andrea Hyler pose for a photo.