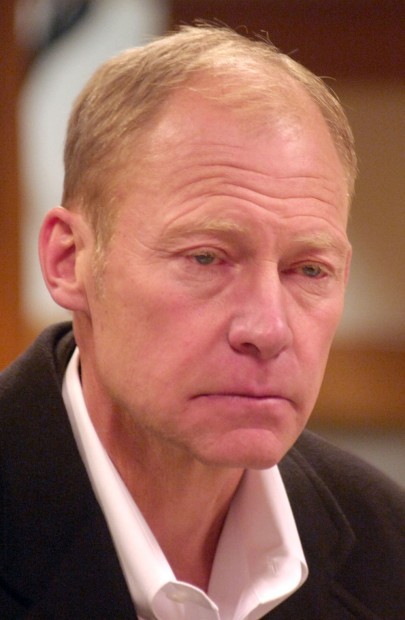 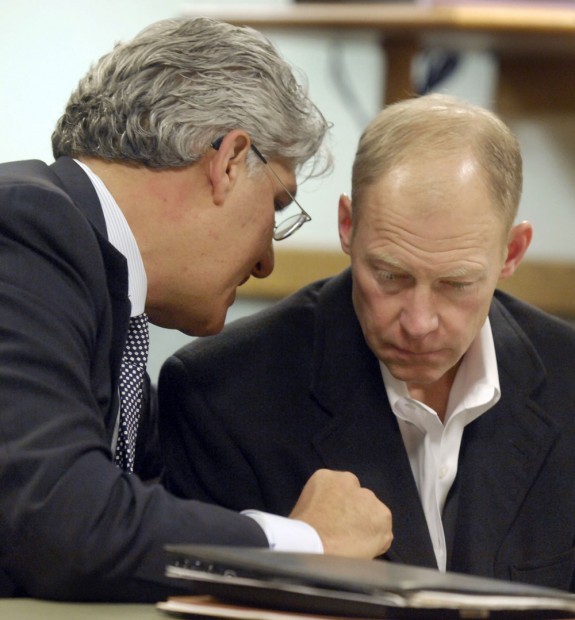 RACINE - Curtis Johnson, the former chairman of Diversey Inc., was charged Thursday in Racine County Circuit Court with sexual assault of a child.

The 55-year-old billionaire and son of the late Sam Johnson is accused of repeatedly sexually assaulting a 15-year-old girl. If convicted he faces up to 40 years imprisonment.

In court Thursday, Johnson, who is not in custody, was formally charged and given a $500,000 cash bond. He was ordered to have no contact with the victim and no contact with any minor female children unless in the presence of another adult.

Court Commissioner John Bjelajac also ordered Johnson to not leave the state and to surrender his passport.

According to the criminal complaint, Johnson had inappropriate sexual contact with the now 15-year-old girl as many as 15 to 20 times. The girl told authorities that the inappropriate behavior started when she was between 6th and 7th grade, and the last incident occurred in November of 2010, according to the complaint.

When the girl was interviewed by a member of the Child Advocacy Center, the girl said Johnson had a "touching problem" and that he was a "sex addict," the complaint stated. During the interview, she reportedly became very nervous, her voice cracked, and she started to cry, saying she did not like talking about what happened.

Johnson kissed her on her mouth and touched her on her vagina, breasts and buttocks under her clothes, according to the complaint.

The victim told authorities that he had asked to have sex with her, but she refused.

In court on Thursday, Johnson's attorneys Mark Richards and Michael Hart filed a motion to have portions of the criminal complaint against Johnson sealed, along with the contents of their motion.

Bjelajac ordered the motion and portions of the complaint sealed until a hearing in front of a judge can be held Friday. A preliminary hearing is scheduled for April 13.

Johnson took a leave of absence last month as chairman and chairman of the board of Diversey Inc. citing personal reasons. At the time, the company refused to elaborate on the reasons for Johnson's departure or the potential length of the leave.

Johnson had been chairman of the commercial cleaning products company since it spun off from SC Johnson in the late 1990s, when it was called Johnson Wax Professional.

Johnson earned a total of $8.2 million in 2010, of which $650,000 was salary and the rest was stock awards and other incentive pay, according to the latest Diversey Inc. report to the Securities and Exchange Commission.

Johnson is one of four children of Gene Johnson and the late Sam Johnson. Fisk Johnson heads SC Johnson and Helen Johnson-Leipold is the CEO of Johnson Outdoors and the chairman of Johnson Financial Group.

In an email to SC Johnson personnel Thursday, Fisk Johnson said, "The nature of allegations of this type is always appalling. And our family is distraught. This is an ongoing investigation. I fully respect the process and can only hope for the best for everyone involved."

Johnson and family spokesman Harlan Loeb stressed Thursday that the allegations were a private matter for Curt Johnson and had no bearing on the family's businesses.

"Unfortunately, no family is immune from crises," Fisk Johnson's email said. "I love my brother and the news of these claims has been very devastating. I would very much appreciate your understanding as I do what I can to support Curt and his family."

Johnson, his brother and his father made headlines in 1998 when they recreated a flight that Sam Johnson's father, H.F. Johnson, made to Brazil in 1935 in search of carnauba wax that could be used in floor products.

Racine County Sheriff Christopher Schmaling said Thursday that the department is continuing its investigation into the allegations against Johnson.

Hearing in Curt Johnson case canceled; next appearance in April

RACINE - Curt Johnson has entered an initial not guilty plea to charges that he repeatedly sexually assaulted a girl he knew.

RACINE - A pretrial conference for Curt Johnson has been scheduled for next month, following a meeting Friday of defense attorneys and the Rac…

Next step in Curt Johnson case set for September

RACINE - A pretrial conference was held in the case against Curt Johnson Friday for attorneys to discuss scheduling of the case.

RACINE - In briefs filed in circuit court, Curt Johnson's attorneys argued this week that if there can be no access to the alleged victim's me…

RACINE — In a rare act, the Second District Court of Appeals in Waukesha has agreed to hear an appeal in the Curt Johnson sexual assault case.

RACINE — Incest charges could be added to Curt Johnson’s ongoing sexual assault case, which the state is seeking after reportedly realizing th…

RACINE — Locked in a veritable holding pattern for months, a Racine County judge on Friday said he wants monthly checks on whether Wisconsin S…

RACINE — Almost six months after Wisconsin’s top prosecutors filed an appeal with the state’s highest court, members of the Supreme Court have…

This story initially incorrectly identified the municipality where Diversey Inc. is based. Its headquarters are in Mount Pleasant. The error h…

RACINE - There will not be a forced release of medical records for the alleged victim in the sexual assault case against Curt Johnson, nor wil…

Airbus A340 plane lands in Antarctica for the first time

Matthew McConaughey will not run for governor of Texas

Matthew McConaughey will not run for governor of Texas

Curt Johnson, the former chairman of Diversey, Inc., right, consults with defense attorney Michael Hart, as he is charged in Racine County Circuit Court Thursday March 24, 2011 with one count of repeated sexual assault of a child./ Mark Hertzberg mhertzberg@journaltimes.com
© Copyright 2021 The Journal Times, 212 Fourth St. Racine,WI | Terms of Use | Privacy Policy | Do Not Sell My Info
Powered by BLOX Content Management System from TownNews.com.
You don't have any notifications.