This is a preliminary,

“brainstorming” idea for the new exterior of the Delta Racine — the former Racine Marriott hotel at 7111 Washington Ave. 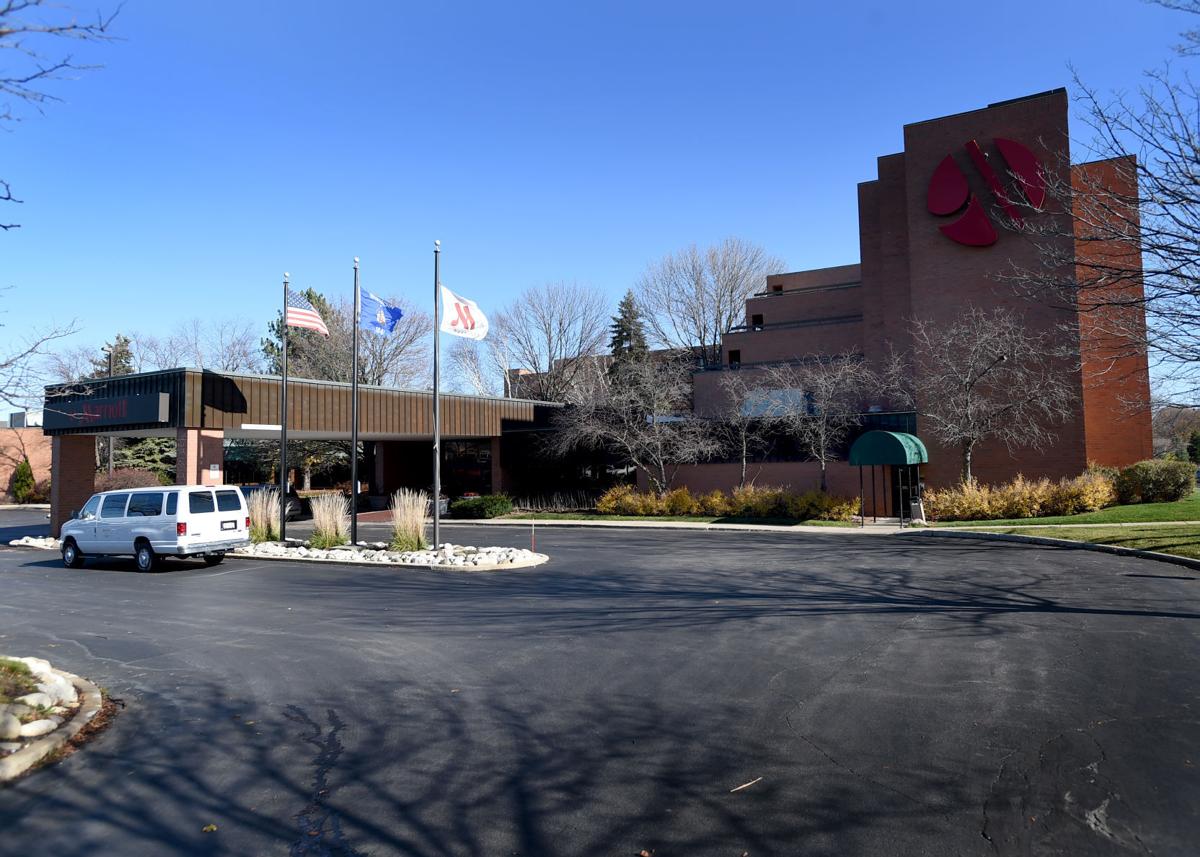 7111 Washington Ave., is seen in November. The hotel will be renovated and be renamed Delta Racine.

Christine A. Verstraete For The Journal Times

MOUNT PLEASANT — Things are progressing for the coming renovation of the Architect Hotel — the former Racine Marriott at 7111 Washington Ave. — since its purchase last November by North Carolina-based CHD Investments.

The hotel, originally opened in 1982, will be renamed the Delta Racine once renovations are complete. Delta by Marriott is the company’s newest brand following its purchase of the Canadian hotel chain.

New principal owner Pradeep Sharma was on site in February, working with contractors on the first steps of the extensive remodeling. The goal, he said, is to revamp the hotel into an even more attractive option for local travelers and community members.

“The main thing is to reposition it as a brand new asset,” said Sharma. “We want the hotel to be drawing customers from Milwaukee to Kenosha. It is the biggest hotel between Gurnee and Milwaukee. It’ll make Racine an even more attractive place to come and stay.”

Other changes include adding a new fresh air “stack” from the first floor to the roof that will allow more outside air to circulate inside the building. Exhaust systems will also be added to the bathrooms. Exterior changes will be the last on the schedule but will keep the Frank Lloyd Wright-inspired design and the Sam Johnson legacy intact, while giving the building a more modern and fresher look.

Exact remodeling choices such as colors and styles for the rooms and lobby haven’t been decided yet, Sharma said, and will be drawn up by the interior designer and vetted by the corporate office in keeping with their brand profile. But he said that all changes will be aimed at giving the hotel a more modern and inviting profile.

“In the lobby, our goal is to better reflect the social environment,” he said. “Nowadays the younger generation, the millennials, like to come in and hang out in the lobbies. They want to sit in the lobby. We want to create more social elements and be more inviting through the layout.”

In that vein, he said that more space will be added to the main lobby. The same thinking will apply to the banquet halls. The current smaller halls will be combined into a 7,000-square-foot space to allow for larger events.

The hotel also has had staffing changes, with Mark Johnson of West Allis starting recently as the new hotel manager. Johnson, 60, has worked in the hotel industry for 40 years and said he looks forward to putting his experience with hotel renovations to work. He spent nine years with the Best Western Hotel at the Mitchell Airport in Milwaukee where he was vice president and general manager. He also was vice president of operations with Marcus Hotels and Resorts in Milwaukee.

Sharma said he hopes to draw more of the community into the hotel with the Friday fish fry and Sunday brunch under a new executive chef. Marco Espinosa, 40, has been a chef for 22 years. He worked with Johnson at the Best Western as executive chef for three years and was asked to come help rebrand the restaurant. He especially looks forward to sharing his recipes for his favorite Italian foods and pastas.

“We want the hotel to be drawing customers from Milwaukee to Kenosha. It is the biggest hotel between Gurnee and Milwaukee. It’ll make Racine an even more attractive place to come and stay."

Will downsizing today contribute to an upgraded tomorrow?

Will downsizing today contribute to an upgraded tomorrow?

MOUNT PLEASANT — The Village of Mount Pleasant has made great strides in its audited financial statements over the past several years, and a d…

This is a preliminary,

“brainstorming” idea for the new exterior of the Delta Racine — the former Racine Marriott hotel at 7111 Washington Ave.

7111 Washington Ave., is seen in November. The hotel will be renovated and be renamed Delta Racine.