Curious Kids is a series for children of all ages. If you have a question you’d like an expert to answer, send it to CuriousKidsUS@theconversation.com.

There are thousands of kinds of cheese, each with its own color, shape, nutritional value, flavor and texture.

Since cheese is made from milk, cheese types tend to vary based on the source of milk. Some of the most popular cheeses are made from the milk of cows, goats and sheep. But there are also cheeses made from camel milk, water buffalo milk — even moose milk.

To make cheese, you need to add bacteria to the milk. These create chemical reactions that cause it to change into a combination of solid “curds” and liquid “whey.” The whey is generally drained off, concentrated and dried into a powder.

Variations in the amount and type of bacteria influence the taste and texture of the final product. Other aspects factor into the type of cheese that’s produced: the salting method, its temperature and how long cheesemakers age it, which refers to the amount of time it is left alone to ripen and form. Some cheeses are aged for as long as 18 years.

Like many other cheeses, Swiss cheese is made with cow’s milk and contains bacteria that help convert the milk into a solid.

So why does Swiss cheese have holes? Also called “eyes,” they’re so essential to Swiss cheese that when they’re missing, the cheesemakers say the batch is “blind.”

Because Swiss cheese is made at a warm temperature – around 70 degrees Fahrenheit – the cheese is soft and malleable. So as the bacteria grow, the gases they emit end up creating round openings. Think of blowing a bubble with chewing gum: As you blow air from your lungs, the pressure forces the gum into a circle. The bubble eventually pops, due to air pressure from your lungs or the atmosphere.

But when a bubble has formed inside a hunk of warm cheese – and then that cheese is cooled to around 40°F – the hole stays in place. The cheese now has its eyes.

It takes about four weeks at 70°F for the eyes to form. In total, it takes about six weeks to make Swiss cheese, and then it is aged two additional months before it is sold.

Swiss cheese was first made in Switzerland in the 15th century. But there, it’s known as “emmental” or “emmentaller.”

Other countries are also known for cheeses that are similar to Swiss cheese. France has Gruyere, while Italy has Fontina. In the U.S., cheesemakers concoct a modified version, called Baby Swiss, which tends to have smaller eyes. Gouda cheese – which originated in the Netherlands – is sometimes intentionally made with cultures that produce a little bit of gas and tiny eyes.

But in most cases, cheesemakers actually try to prevent the formation of gas in their cheeses. Especially in harder cheeses, gas doesn’t lead to nice, round eyes; instead, it forms unsightly crevices, cracks and splits.

This article is republished from The Conversation under a Creative Commons license.

With our weekly newsletter packed with the latest in everything food.

A look at every US president's favorite drink

When you see how the stresses of being commander-in-chief has aged most of the men who have taken office, it's no surprise many presidents needed a stiff drink at the end (or beginning) of the day.

These are America's favorite jelly bean flavors this year

Apparently fruity flavors are on their way out.

Chorizo paella is easy to make, and requires only one pan

Paella is one of Spain's most famous rice dishes, taking its name from the wide, shallow traditional pan used to cook the dish on an open fire. An equal-opportunity meal, it typically includes meat along with some type of seafood. A sprinkling of paprika adds some mild heat. This recipe is made on the stovetop with slices of chorizo, a spicy pork sausage, diced chicken and shrimp. Canned ... 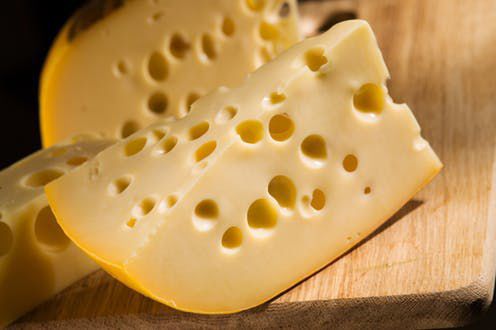 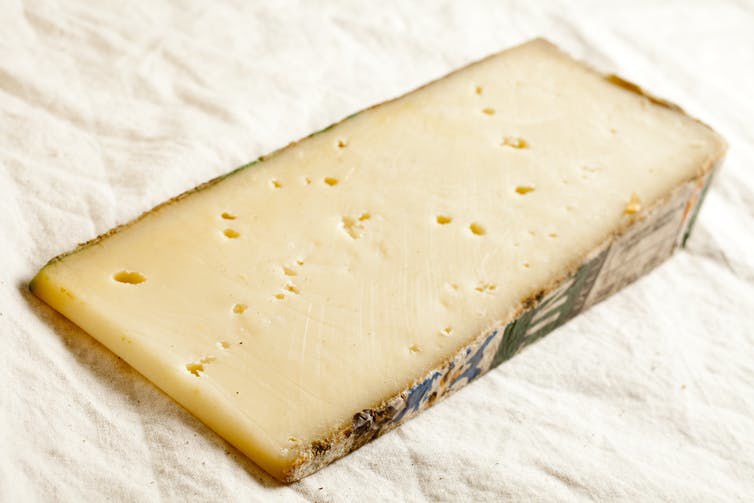