August was a whirlwind for Amy and me. During the first week of August, we were on the Lac Courte Oreilles reservation helping our friends with a traditional Women and Water Symposium and during the second week, we made a trip to Michigan to celebrate our 31st wedding anniversary. In between, I managed to somehow turn 55 which seems impossible, considering I am only 25.

I thought that Amy and I could squeeze one more, short trip in with the grandkids but between work obligations and the fleeting days of summer vacation, it didn’t look like that would happen. Instead, I decided to take Kai for an overnight trip to the Wisconsin Dells. The plan was to leave early on a Sunday morning and come back sometime Monday night. The only problem — mom and dad did not get up that early, so Kai wasn’t ready.

We finally loaded up the car and there I was, on an overnighter with a 5-year-old. Would I survive? Would he have fun? Could I tire him out? Would he tire me out?

On the way to the Dells, Kai was a little chatterbox. This was unusual because he can be very quiet and introspective. I told him some of the things that we were going to do and gave him some brochures to look at. He seemed excited.

We made good time and our first stop was to the Original Wisconsin Dells Ducks to ride a genuine Korean War era amphibious military vehicle. Although it was 10:30 a.m. on a Sunday morning, there was quite a long line and Kai was visibly disappointed. He couldn’t understand why we couldn’t get on the “shuttle” duck, and I looked at him and explained that he needs to be patient, that good things happen if we patiently wait for them.

Two minutes later, a young man asks if it was just the two of us and then said, “Follow me.” We were ushered to the front of the line and there was a seat on the Duck with our names on it. I asked Kai, are we on a truck or a boat? He said a boat, I said a truck. He told me that the wheels fold up when we are on water. I guess we were both right.

The look on his face was priceless, he was grinning from ear to ear, and he kept looking out the window as we traveled over hills, splashed into the Wisconsin River, climbed over sand bars and winded our way through some scenic trails. Afterwards, we stopped at the upside down “White House” and since my last visit, discovered that the Transformers were now standing guard. The kid was thrilled.

We ended our day visiting Dr. Evermor’s Sculpture Park where we saw an assortment of whimsical sculptures and steampunk like contraptions. The centerpiece is Dr. Evermor’s Forevertron, the largest scrap metal sculpture in the world, standing 50 feet high and 120 feet wide, and weighing 300 tons. According to the website, the sculpture incorporates two Thomas Edison dynamos from the 1880s, lightning rods, high-voltage components from 1920s power plants, scrap from the nearby Badger Army Ammunition Plant and the decontamination chamber from the Apollo 11 spacecraft.

Kai thought the sculptures were really cool and he wondered if they came alive at night. As we went through the park, he was seeing “Transfomers,” and his imagination was in overdrive.

After bouncing around the Dells for a few hours and taking pictures alongside oversized chairs and other attractions, we headed to dinner before checking into the hotel. Pizza it would be at Moosejaw Pizza, and I insisted that we wear the moose antlers. Once we checked in, we hit the pool before retiring for the evening. By then, I was exhausted from both driving and running all around, but Kai wanted us to stay up and “tell stories.” When he finally fell asleep, he hogged the entire king-size bed.

The next morning, we headed out for Circus World in Baraboo. Circus World is owned by the Wisconsin Historical Society and sits on land owned by the Ringling Brothers. It includes original circus buildings, plus the Ringling Bros. Circus Train shed complex, and more than 260 circus wagons. The centerpiece, some would say, are the antique circus wagons, but for me, it’s the big top erected on the grounds.

I told Kai that we were going to see the circus, hang out with the clowns and ride an elephant. He was cool with seeing the circus and riding an elephant, but he told me, “Grandpa, I think I’m afraid of clowns.” I told him there is nothing to be afraid of, he has seen his grandma with makeup on and a clown is just a normal person who wears makeup and funny clothes.

Ironically, his mother was afraid of clowns but after going to Circus World and seeing the clown makeup demonstration, her irrational fear of clowns subsided. Somethings never change, and Circus World still offered a Be a Clown Performance in which Mr. Bill got ready for the day. By the end of the presentation, Kai was racing Mr. Bill to the circus tent, and we sat in ringside seats, front and center for the circus. Mr. Bill even whispered to Kai when he came over, “I’m glad you’re not afraid of clowns anymore.”

The highlight of our day was riding the elephant. Earlier in the day, we got to see them bathe her and now we were sitting atop this magnificent animal and taking the ride of a lifetime.

I have joked that the whole point of the trip was to get new material for this column with riding an elephant as a close second but seriously, when our children were younger, we used to bring them to Circus World each summer while we were camping at Devil’s Lake State Park. It is not your typical tourist trap; it is reasonably priced, and you can spend most of the day there.

There is no better job than being a grandfather.

David Maack is married to Amy. They have two children, Maria (Kiondre) and David II and two grandchildren, Kai and Tannerbert.

The essential Chicago brewery for out-of-town visitors? We have the answer — or, actually, answers

CHICAGO — It started, as many things do, with a text message: “If you had a friend coming to town and had to recommend one Chicago brewery to …

'Clifford the Big Red Dog' review: Plenty of fur, not a lot of heart

There aren’t big red dogs, so it’s completely understandable that in “Clifford the Big Red Dog,” Clifford is a CGI creation.

Television Q&A: Why are shows going from TV to streaming?

You have questions. I have some answers.

RACINE — United Way of Racine County has appointed Anandhi Krishnan as the new vice president of finance and administration.

CALEDONIA — The days may be getting shorter, but take in the cool, crisp weather by getting out and visiting the Eco-Justice Center, 7133 Mich…

Prayer apps are flooding the market, but how well do they work?

A scholar of Christian spirituality argues that prayers are meant to bring together a faith community — something apps aren’t likely to achieve.

Community Newsletter: Live theater is back at Racine Theatre Guild

RACINE — Six hundred thirty-five days after the last Racine Theatre Guild mainstage performance closed, the plays and musicals so many have mi…

Those who read this column, know that my grandchildren seem like the perfect kids. But there is a darker side. They are not that perfect, they…

Five tips that will save your skin while traveling

Watch Now: What to do after a house fire

Watch Now: What to do after a house fire

The heart health sweet spot: Mitigate your risk of heart disease with this bedtime

The heart health sweet spot: Mitigate your risk of heart disease with this bedtime 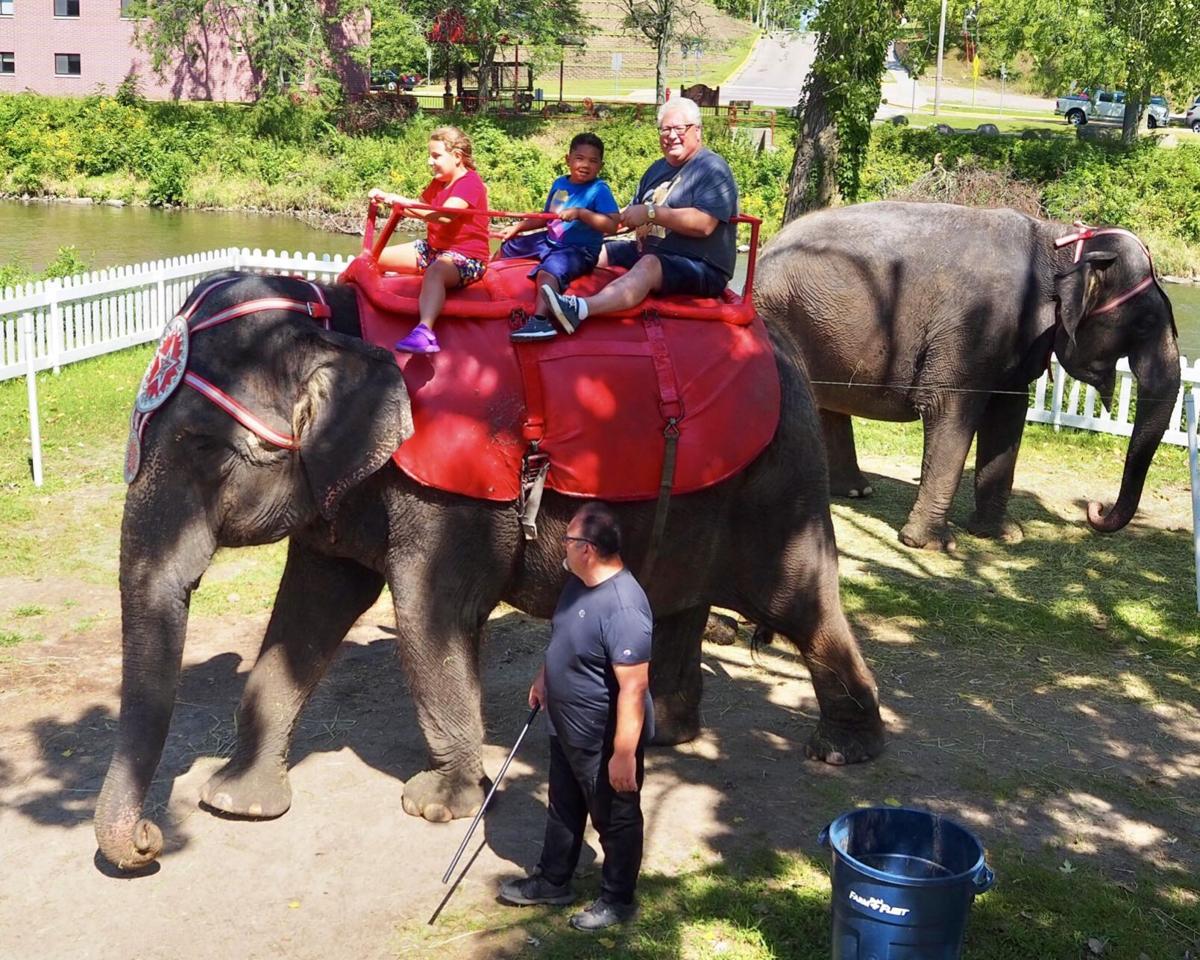