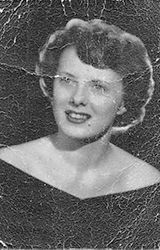 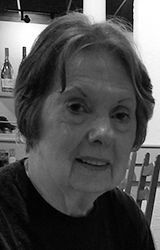 Shirley was born in Racine on September 21, 1936 to Alfred and Carmella (nee: Ruffolo) Arney. Until the age of 12, she lived with relatives before moving to Racine to live with her mother and stepfather. Shirley married John F. Praeger Sr. and they had 3 children. They divorced in 1981. She later married Victor Moreno in 1988 and he preceded her in death in 2010. Shirley was Property Manager for Wind Point Apartments for 10 years. She loved chocolate, sewing, word finder games and true crime TV, but most of all she loved her grandchildren.

Survivors include her children, Kathy (Tim) DeGarmo, John (Beth) Praeger, Jr. and Jerry (Felicia) Praeger; grandchildren, Ann (Sam) DeGarmo Voorhees, Thomas DeGarmo and Andi (Marie) Praeger; and her sisters and brother, Charmaine Vogtman, Diana Link, Janet Bailey and Sam Aiello. Shirley is also survived by many nieces, nephews, other relatives and friends. She was preceded in death by the father of her children, John F. Praeger, Sr.; a brother-in-law, Ron Vogtman; and her beloved dog,Dixie.

A celebration of Shirley’s life will be held at a later date. Interment will take place at Southern Wisconsin Veterans Memorial Cemetery. In lieu of flowers, memorials may be directed to the Alzheimer’s Association, Breast Cancer Research or St. Patrick’s Parish in Racine.

The family would like to extend a special thanks to Rita from St. Patrick’s Parish for providing Shirley with Communion along with her many years of friendship. Also, thank you to the staffs at Ridgewood Care Center and Seasons Hospice for their care and compassion.