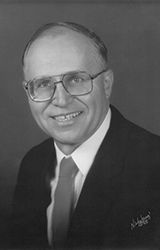 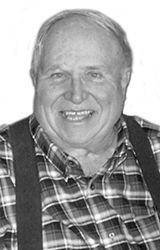 He was born in Plymouth, WI on November 24, 1938, the son of the late August and Ruth (nee: Stuckmann) Hammann. Richard was a graduate of Elkhart Lake High School, and then of Lakeland College in 1960. He proudly served his country in the United States Army. On January 14, 1961, Richard was united in marriage to Karen Christensen in Racine. He was president/owner of Moto-Search for over 20 years. He also was owner/operator of Royal Coach Lines and Royal Nationwide for over 30 years. He was a board member of United Business Owner Association (UBOA) and served as director on the board of American Bus Association (ABA). Richard also served as president of FMCA (Family Motor Coach Association). He was inducted in to the Lakeland College Basketball Hall of Fame. He enjoyed flying which led Richard to get his pilot’s license. Richard was a member of the EAA (Experimental Aircraft Association) for 50 years.

Richard was preceded in death by his parents, and in-laws, and his daughter, Karen Christine Carman, brother, Frederick Hammann, sister, Ruth Naccarato, and his son-in-law, Steven Sterling.

In lieu of flowers – donations can be made to the John Hopkins Scleroderma Foundation, American Heart Association or your favorite charity.

To plant a tree in memory of Richard Hammann as a living tribute, please visit Tribute Store.