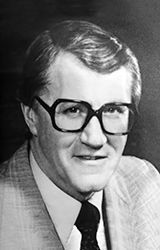 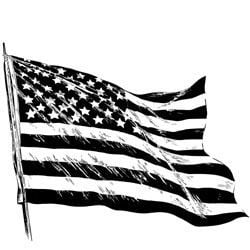 RACINE – Raymond Francis Farley passed away at his home in Racine, Wisconsin on May 2, 2020, surrounded by family. He was 95 years old.

He was born November 27, 1924, in Newark, NJ, to Mabel Blanche Kinsey and John “Jack” Augustus Farley, of Newark, New Jersey. Ray was the middle child of seven, with two sisters and four brothers, all now deceased except his youngest sister, Helen Farley O’Connor, of Bessemer, Alabama. Ray was preceded in death by his wife, Mary Ann Miller Farley, and by his brothers John, Vincent, Robert and Norman, as well as his sister Veronica “Ronnie” Farley Sautter.

Ray grew up in Montclair, NJ, and attended Verona High School (Verona, NJ). After graduating in 1943, he immediately enlisted in the army, training in Colorado and Texas, for the prestigious 10th Mountain Division, a specialized unit of skiing and mountaineering soldiers trained to fight in harsh winter conditions. The 10th fought in Italy during WWII and were primarily stationed in and around the Appennine Mountains. While fighting in Italy, Ray earned the Bronze Star for heroism in action by navigating a minefield under cover of enemy machine gun fire three separate times while leading his company to safety. The citation reads as follows:

RAYMOND F. FARLEY, Private First Class, Infantry, United States Army. For heroic achievement in action on 19 February 1945, near Gaggio Montano, Italy. Probing his way through a minefield covered with machine gun fire, Private First Class FARLEY, selected routes and led his company safely through the area. Realizing that some elements had lost contact and did not clear the mine field, he, without hesitation or instructions, plunged into danger again, making contact and leading lost elements to safety. His courage undoubtedly saved many casualties and brings much credit to himself and the United States Army. Entered the military service from Caldwell, New Jersey.

BY COMMAND OF MAJOR GENERAL HAYS

After serving in Italy, Ray returned to the United States in 1946. He applied to, and attended, Northwestern University, in Evanston, IL, on the GI bill. Ray played football for NU and graduated in 1951 with a B.S. in Business. (Later, Ray also attended the Northwestern Executive Program in Business, in 1960.)

Over the years, Ray was active on many boards, for varying tenures, including: Northwestern University (Board of Trustees and Life Trustee) and the university’s Kellogg Graduate School of Management Advisory Council (Evanston, IL); William J. Wrigley & Co (Chicago, IL); Snap-On Tools Corporations (Kenosha, WI); Hartmarx Corporation (Chicago, IL); Kemper Corporation (Long Grove, IL); Johnson Heritage Bancorp (Racine, WI); Johnson Worldwide Associates (Racine, WI); and the former St. Mary’s Hospital/Medical Center (Racine, WI). In 1984, Ray was elected a Director of the U.S. Chamber of Commerce, and was chairman of its “Spirit of Enterprise Fund” capital campaign. He is also a past Chairman of the U.S. Section of the Chamber’s Canada-U.S. Relations Committee. Ray was an avid and effective fundraiser for Northwestern, Northwestern Athletics, The Prairie School, The Racine Zoo, The Racine Art Museum, Junior Achievement, and many other organizations.

Up until recently, Ray participated in his hobbies of squash, skiing and golf.

Ray wanted us to know that he was most proud of 3 things.

First, he was very proud of his family: his wife, daughter, son-in-law, and especially his two grandchildren, both attending Cornell University, and one on the Cornell Men’s Ice Hockey team.

Second, he was very proud of his long association with SC Johnson & Son, Inc. He always said that, “SC Johnson is one of the best operated and well-run companies in the world, making business decisions which always take into consideration how they would affect its employees and the communities in which they operate.”

Third, he was very proud of being awarded the Bronze Star for heroic achievement in action during World War II.

A private internment will take place at Holy Cross Catholic Cemetery, Highway 32, Racine, WI. A Memorial Service and Celebration of Life may be held at a later date/time.

In lieu of flowers, please consider memorial gifts to: