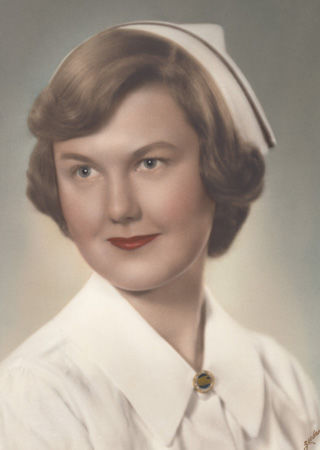 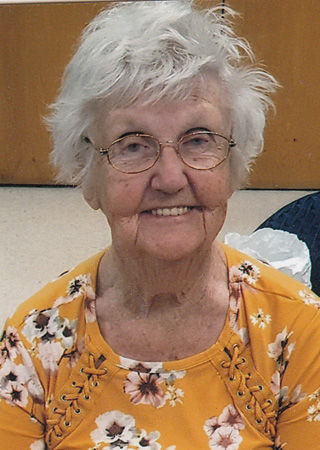 Born in Racine, WI, July 7, 1931, Marian was the daughter of Albert and Marie (nee: Scheible) Gorski. She was one of eight children.

Marian graduated from St. Francis Nursing School in Wisconsin, beginning her career as a pediatric nurse until her first child was born. She resumed her career years later as a geriatric nurse at Westview Nursing Home until her retirement decades later.

Marian was a loving wife of 59 years to John Henry Tropin. He preceded her in death on September 23, 2015. She lives on through their five children: Linda (James) Vaughan, Mary Jane (Gary) Rees, John (Josie) Tropin, Janet (Kevin) Morstain, and Amy (Randy) LeCount; 13 grandchildren; and 9 great-grandchildren.

Marian was a devout Catholic and was passionate in praying the Rosary. Marian was a community service volunteer with the St. Rose meal program, Meals on Wheels, and the St. Edward school kitchen. She was an avid sports fan, rooting for her children and grandchildren in their various sports. She also loved music, dancing with her husband, John, and attending her grandchildren's performing arts concerts. Marian also loved spending time with her family, including wonderful trips to Disney World and camping at Devil's Lake. She also loved knitting, making beautiful blankets and slippers.

A Remembrance Mass will be held at St. Edward's Catholic Church, 1401 Grove Avenue, Racine on Thursday, July 29, 2021, at 1:30 PM. Visitation will be held from 12:30 PM until the time of the Mass. Interment will be at Southern Wisconsin Veterans Memorial Cemetery at a later date. In lieu of flowers, please consider donations to St. Catherine's High School or St. Edward's Catholic Church. Condolences may be shared at www.wilsonfuneralhomeinc.com.

A special thank you to the staff at St. Monica's Senior Living for their exceptional loving care given to Marian and her family.

Watch Now: The best places to live in the US

Watch Now: How to live a healthy and active lifestyle

Watch Now: How to live a healthy and active lifestyle

Here are some things bartenders notice about their customers

Here are some things bartenders notice about their customers