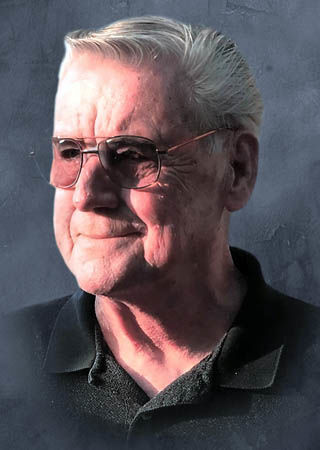 RACINE—Dennis C. Rugh, 74, loving husband and best friend of Barbara for the past 54 years, passed away Friday July 16, 2021 at Ascension All Saints surrounded by his family following a brief illness.

Dennis was born in Menominee, Michigan on September 3, 1946. He was the son of the late Clyde and Florence Rugh. He later moved to Racine with his family in the early 1950’s. Dennis graduated from Horlick High School in 1965. Later that year, he joined the United States Navy.

On September 16, 1967, he was united in marriage to his wife Barbara at St. John Nepomuk Church. They went on to have two sons: Darren (Tracie), and Jason (Sylvia).

Dennis worked at Bosch for over 30 years, retiring in 2002. Dennis enjoyed spending time on his boat fishing on Lake Michigan with his family and friends. He also enjoyed bowling in the Monday Night League for many years, but most of all he loved sitting outside in the garage having a cold beer.

He is survived by his beloved wife and his sons; five grandchildren: Taylor Rugh, Ryan Rugh, Phil (Christina) Jardina, Patti (Cody) Bush, and Tony Jardina; great-grandchildren: Mason Jardina and Cara Bush. He was also survived by many nieces, nephews and friends.

Dennis was preceded in death by parents, sister Marilyn Kirschling, and his brother-in-law Gilbert Kirschling.