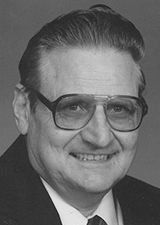 RACINE – Cornelius “Neal” Tuinstra passed away peacefully at the age of 85 on November 3, 2018.

Neil started life on a farm near Dolyestown, WI and later grew up in the Racine area. He served in the United States Army and was stationed overseas in Korea. When he returned home, Neal eventually settled at Twin Disc. Being mechanically incline, he worked as a skilled machinist for many years before retiring. His experience earned him the respect of his coworkers.

Neal was a quiet man who enjoyed the outdoors, hunting and fishing. He was an avid member of the Racine Pigeon Club for many years. He will be remembered by his children and grandchildren for his enthusiasm of racing pigeons and his pigeon coop. He was a reluctant traveler, but did enjoy exploring small Wisconsin towns with his more adventurous wife of 57 years, Rose.

Neal preferred spending his time tinkering in his workshop and working on cars. As a great backyard mechanic, he was the go-to guy when anyone ever needed help with their vehicles. He was always more than happy to assist.

In accordance to Neal’s wishes, a private memorial was held. Condolences may be shared at www.wilsonfuneralhomeinc.com.

The family would like to express a very special thank you to the staff at Bay Harbor Memory Care and Assisted Living.

To plant a tree in memory of Cornelius Tuinstra as a living tribute, please visit Tribute Store.