Here's a collection curated by The Associated Press' entertainment journalists of what's arriving on TV, streaming services and music platforms this week.

— Vanessa Kirby, who many came to admire for her outstanding portrayal of Princess Margaret in the first two seasons of "The Crown," gives another stellar (but very different) performance in "Pieces of a Woman." In the film, which comes to Netflix on Thursday, Kirby plays a woman grappling with the loss of her first child during a homebirth. It's the English-language debut of Hungarian film director Kornél Mundruczó, who is unafraid to show the raw and devastating realities and emotions of such a profound loss. Shia LaBeouf co-stars as her partner and Ellen Burstyn gets a meaty supporting role as her mother. "Pieces of a Woman" is not for the faint of heart but in the trauma, there is catharsis too.

— Pete Davidson may surprise you with his nuanced turn in Judd Apatow's "The King of Staten Island," in which the SNL star plays a man still reeling from the loss of his firefighter father on 9/11 and drifting through his 20s without much of a plan. It's loosely based on Davidson's own life and childhood loss and the comedian gets a co-writing credit, too. The film has been available to rent and watch at home since June, but if you had been holding out for streaming, good news: It will finally be free starting Saturday for HBO Max subscribers. It features some terrific supporting performances from Bel Powley as his sometimes girlfriend, Marisa Tomei as his mother and Bill Burr (who between this and "The Mandalorian" is having quite a revelatory year) as her new boyfriend.

— A woman (Clare Dunne) with two young daughters must escape from an abusive living situation in the Irish drama "Herself," coming to Amazon Prime Video on Friday. Teetering on poverty and unable to secure appropriate housing from the local council, Sandra endeavors to build herself and her girls a home fit for a family with the help of the community. The film, from "Mamma Mia!" and "The Iron Lady" director Phyllida Lloyd, received great reviews out of the Sundance Film Festival and is coming to Amazon Prime Video Friday.

— In just a few short years, Morgan Wallen has dominated the country music charts and even crossed over the pop world, launching six Top 40 hits on the all-genre Billboard Hot 100 chart. It adds to the anticipation of his sophomore album, "Dangerous: The Double Album," to be released Friday. It's the follow-up to the platinum-selling "If I Know Me" and includes 30 tracks, including the hits "7 Summers" and "More Than My Hometown."

— Weeks ago, Ashanti was set to take on fellow R&B diva Keyshia Cole in the latest "Verzuz" celebration series, but she contracted COVID-19. Now, the singers with multiple R&B and pop hits will go toe-to-toe on Saturday. Ashanti released her Grammy-winning self-titled debut in 2002 and has launched hits like "Foolish," "Rock wit U (Awww Baby)," "Rain on Me," "Always on Time" with Ja Rule and "What's Luv?" with Fat Joe. Keyshia Cole came on the music scene in 2005 with "The Way It Is," an album featuring songwriting and production work by Kanye West, John Legend, Alicia Keys and 112 members Q and Daron. She's gone on to find major success with hits like "Love," "I Should Have Cheated," "Let It Go," "I Remember," "Heaven Sent" and "Last Night" with Diddy.

— On what would have been his son's 39th birthday, Steve Earle is releasing a new album in tribute to Justin Townes Earle, who died in August. Steve Earle & The Dukes cover 10 songs from Justin's catalog on "J.T." The album was released Monday and 100% of the artist advances and royalties will be donated to a trust for Etta St. James Earle, the 3-year-old daughter of Justin and Jenn Earle.

— Here's a rerun worth revisiting: "Underground," which ran for two seasons on WGN and is being reintroduced on OWN with new material. Aldis Hodge and Jurnee Smollett star in the drama of African Americans seeking to escape slavery along the Underground Railroad — a 19th-century network of secret "safe houses." The series will include introductions by cast members and previously unseen footage. John Legend, who was among the series' executive producers and helped oversee its music, hosts a special following its Oprah Winfrey Network debut at 9 p.m. EST Tuesday.

— "PBS American Portrait," a four-part docuseries debuting Tuesday (check local listings for time), has an ambitious goal: Discover what it means to be an American today and help foster ways of better understanding each other. Drawing on 11,000-plus stories submitted online by people nationwide, the series offers what PBS calls "a chorus of voices sharing both common and unique experiences." The hourlong episodes are divided thematically, starting with how we pursue the American Dream and followed by the value and challenges of work; traditions and values; efforts to create a society that rejects racism.

— Award-winning journalist Mariana van Zeller's series on black markets turns to the smuggling of tigers — and tiger parts — in the episode airing 9 p.m. EST Wednesday on National Geographic channel. Van Zell's risky investigations into "underground economies" including drug, gun and animal smuggling brought her into contact with criminals, those tracking them and locals caught in the middle. The goal of "Trafficked with Mariana van Zeller" is to provide a comprehensive view of trafficking networks and the people who are pulled into the criminal enterprises, the channel said.

Hamilton, The Lion King, and Wicked to reopen on Broadway

Hamilton, The Lion King, and Wicked to reopen on Broadway

The day we honor mothers is almost upon us. For the occasion here are six great films about mothers.

Here's a look at the best movies of the 90s, according to IMDb and Metacritic scores.

Rounding up the Best and Worst Movie Moms on the latest 'Just to be Nominated' podcast!

Celebrate mother's day with a collection of some of the best and worst mothers on film with the latest 'Just to be Nominated' podcast! 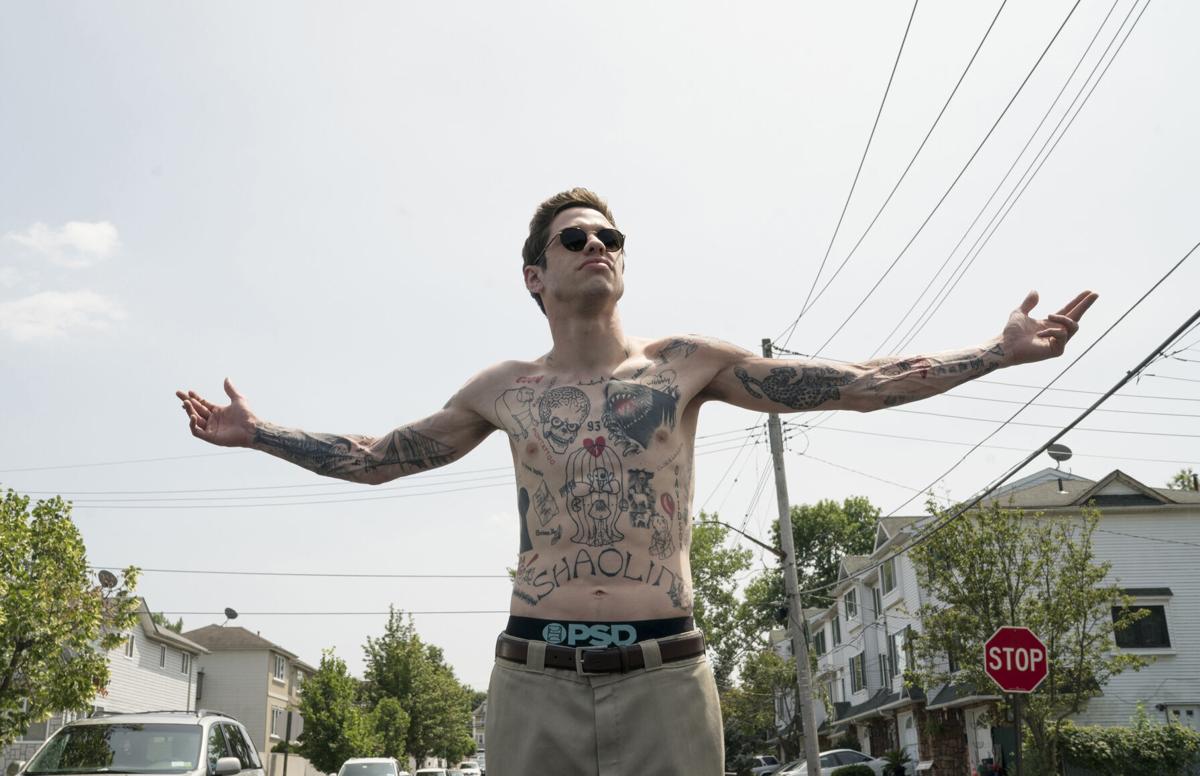 In this image released by Universal Pictures, Pete Davidson appears in a scene from "The King of Staten Island," directed by Judd Apatow. The film will be available for streaming on HBO Max on Saturday. (Mary Cybulski/Universal Pictures via AP) 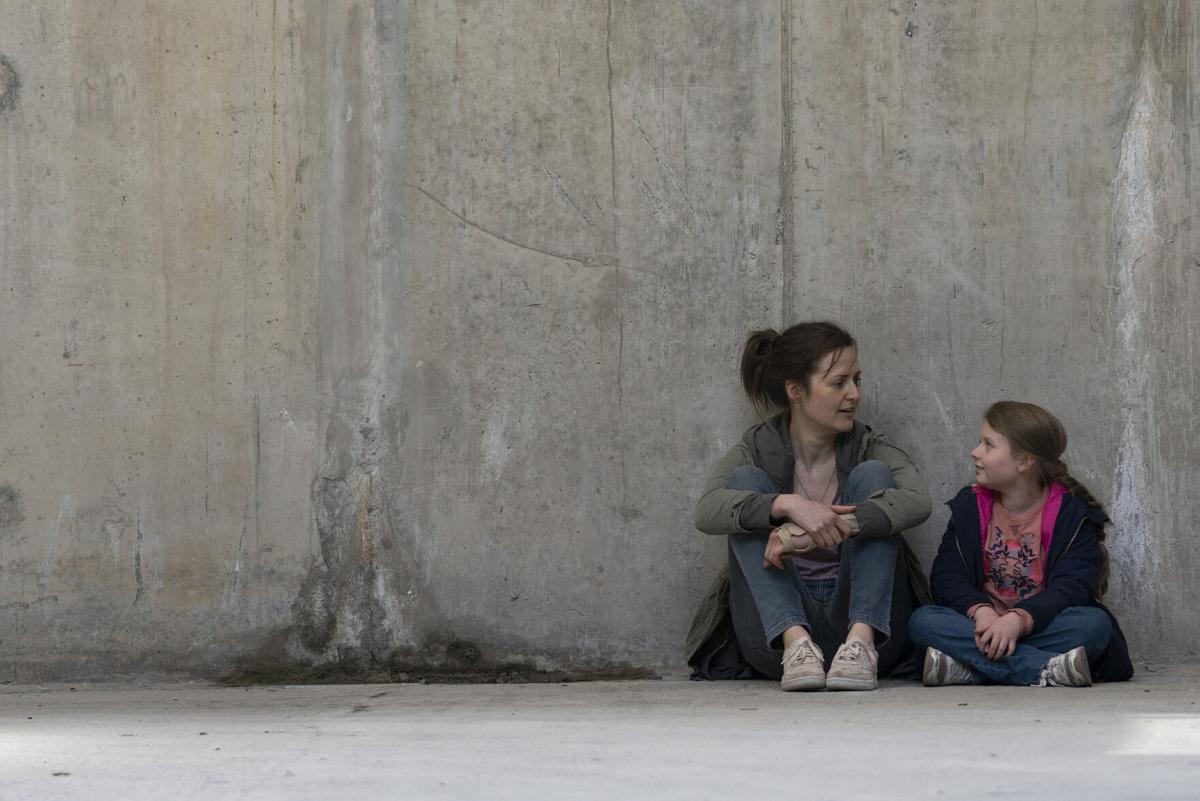 This image released by Amazon Studios shows Clare Dunne, left, and Ruby Rose O'Hara in a scene from "Herself," available for streaming on Amazon Prime Video on Friday. (Pat Redmond/Amazon Studios via AP) 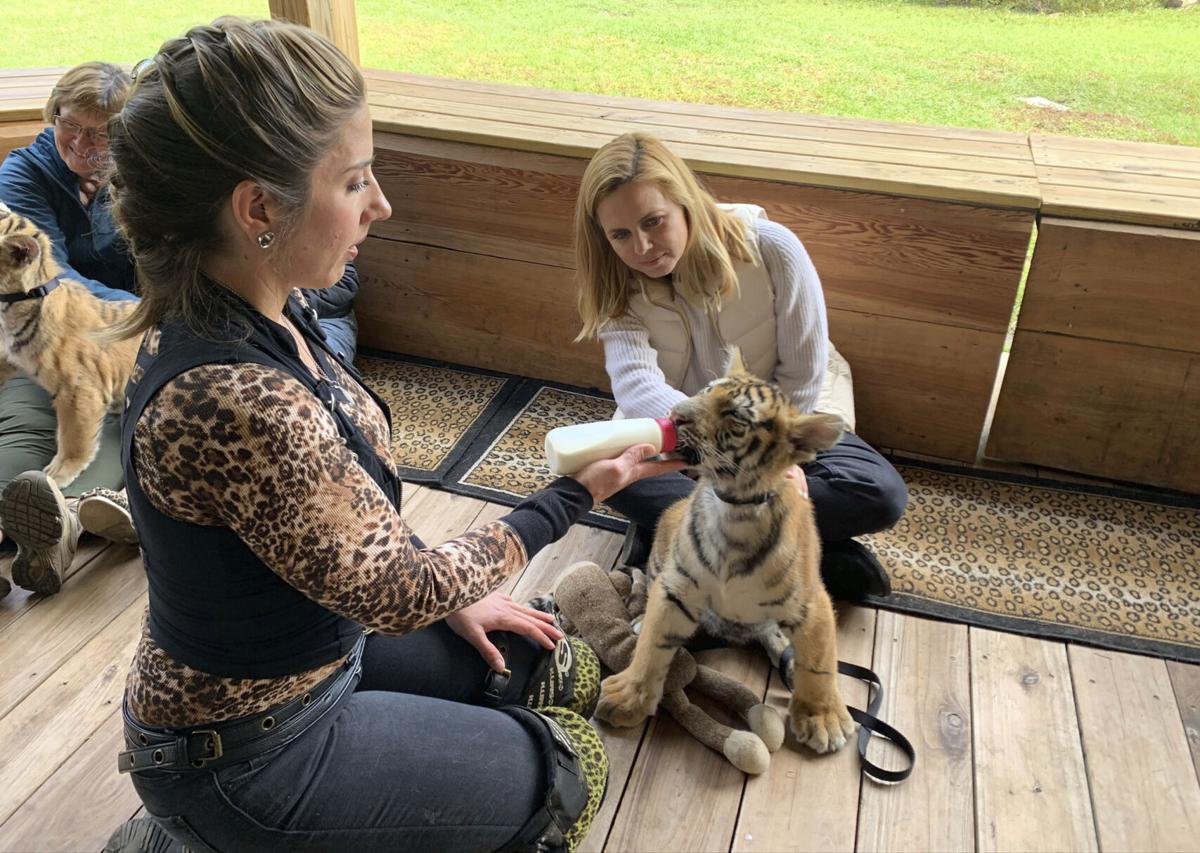 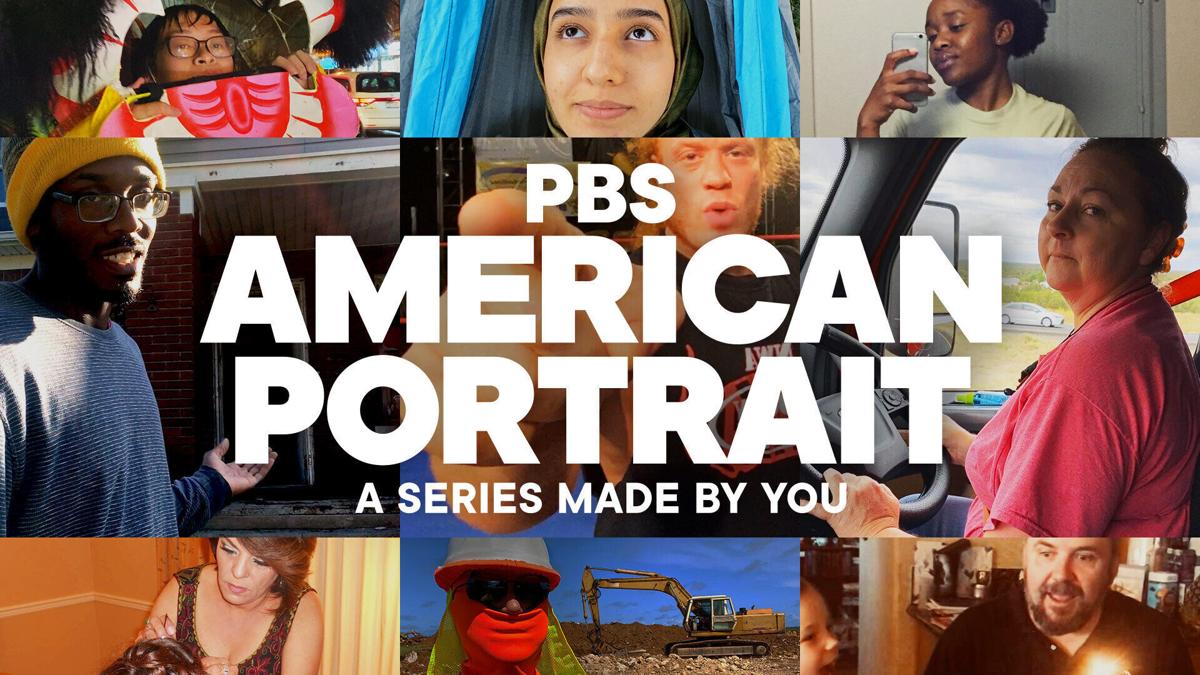 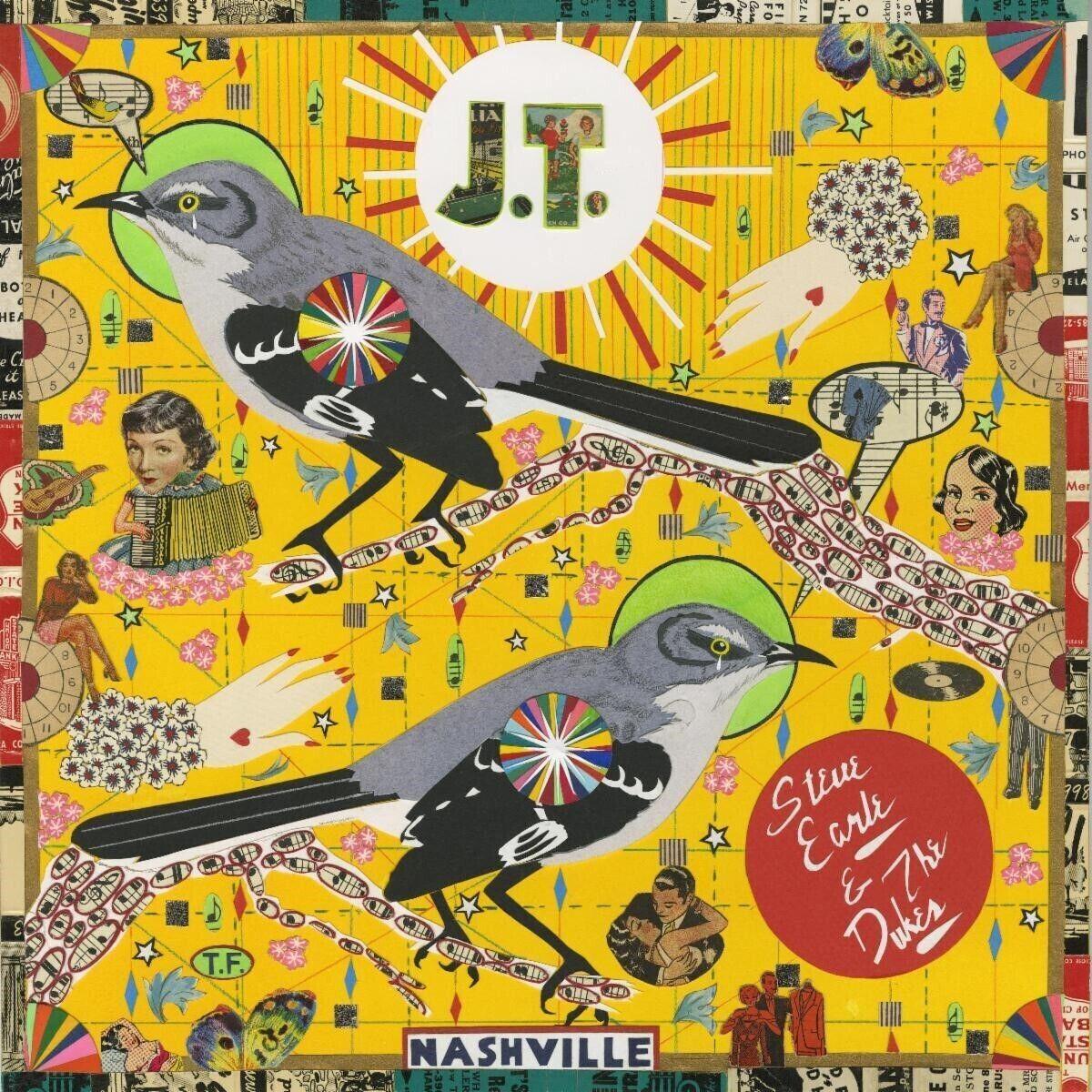 This cover image released by New West Records shows “J.T.” by Steve Earle & The Dukes, covering 10 songs from the catalog of Earle's son Justin Townes Earle, who died in August. The album, released Monday, is a tribute to his son. (New West Records via AP) 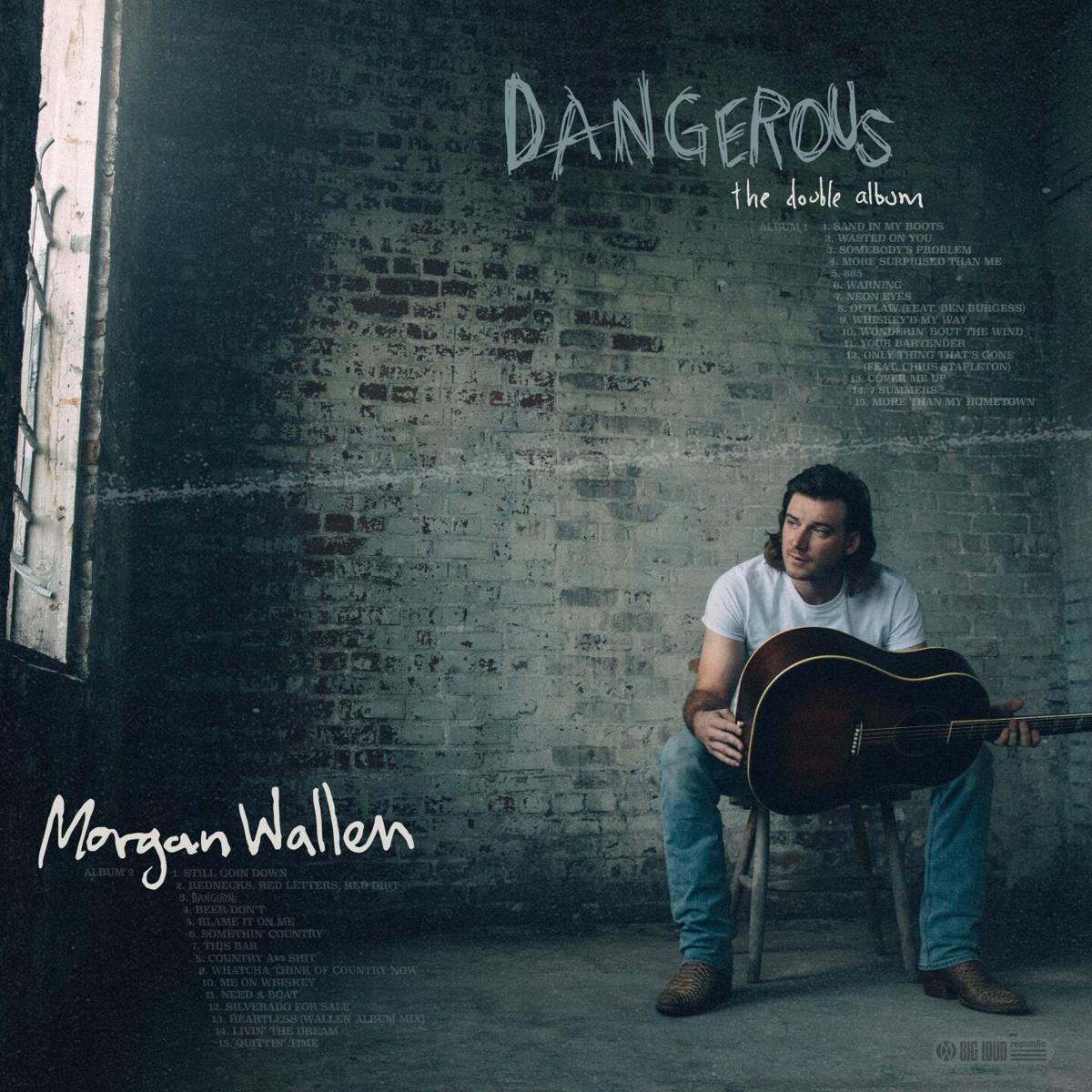