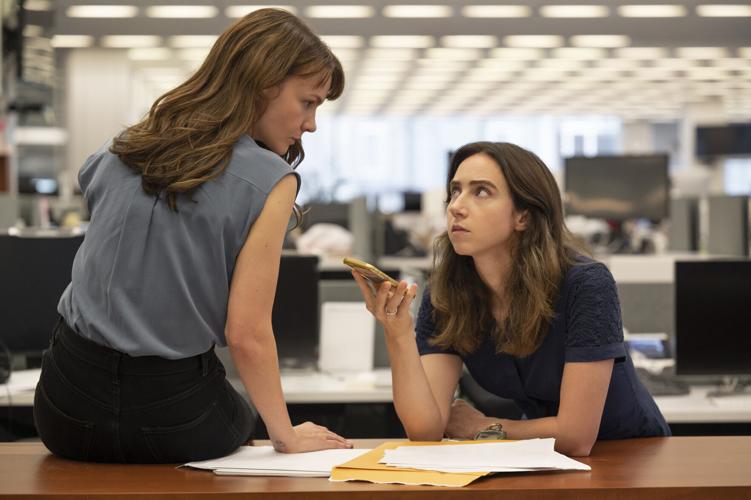 From left, Megan Twohey (Carey Mulligan) and Jodi Kantor (Zoe Kazan) talk to a source in "She Said." 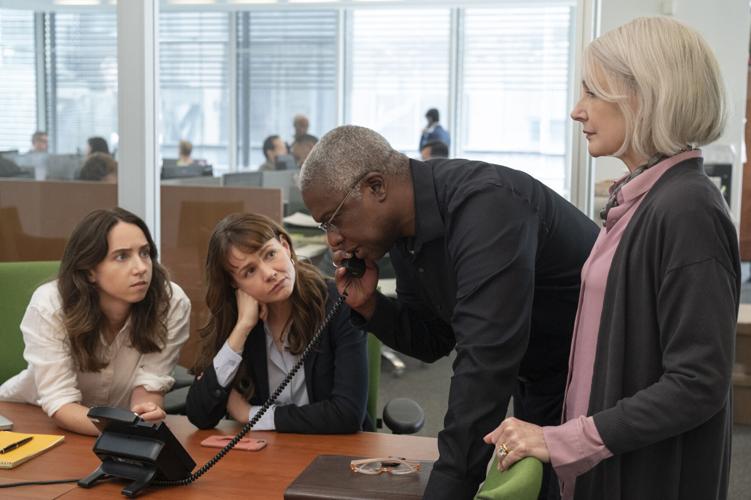 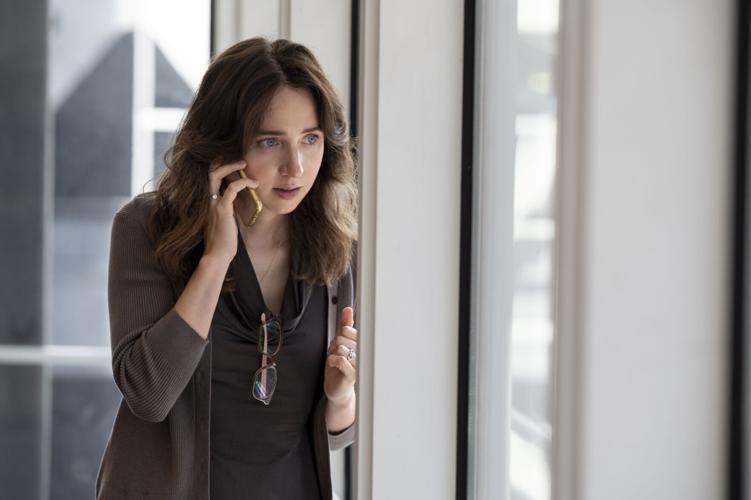 Zoe Kazan plays a reporter covering the Weinstein story in "She Said."

The process of newsgathering is almost too detailed in “She Said.”

Some of the reporting moments seem crafted, not spontaneous. And when the two reporters finally get to ask questions, those questions sound like they were carefully vetted by an attorney before they were uttered.

Part of that could be the case – movie titan Harvey Weinstein is still in the news, still on trial, facing charges of criminal sexual assault and rape.

Part of it also could be a matter of staying focused. Too much attention to the reporters (played by Carey Mulligan and Zoe Kazan) could shift the story and make this like “Spotlight” or “The Paper.”

Interestingly, there are moments that seem lifted from “All the President’s Men.” “She Said” differs in its technology. Woodward and Bernstein pounded on typewriters; Mulligan’s Megan Twohey and Kazan’s Jodi Kantor use laptops and cellphones. Much, in fact, is carried out on phones, which must have been a challenge for director Maria Schrader. Even the New York Times’ new building seems flat.

But when the two begin their work, interviews pop to life. Jennifer Ehle, in particular, is incredible as a woman detailing her experience with Weinstein and the impression it left.

One by one, these gems of acting slip in, until the newspaper’s editors have to decide if they’re going to go ahead with the story or fold. When they get Weinstein on the phone, Andre Braugher is particularly good as the editor who isn’t going to play games. Patricia Clarkson is winning, too, as the editor who guides the reporters through a mass of information and sources.

While the real Ashley Judd is here, other actresses are either shot from a distance or dealt with through phone calls.

Interestingly, “She Said” begins with women alleging that Donald Trump assaulted them. That story didn’t seem like such a hand wringer, but the Weinstein one does.

When he confronts management (not unlike John Mitchell in “All the President’s Men”), Weinstein is allowed time to respond. There’s mention of Ronan Farrow’s similar story but “She Said” doesn’t detail where his lands next to the one from the Times.

Mulligan and Kazan get their emotional moments at home (both are mothers, both wrestle with the work/family balance) but are deadly serious at work – almost too serious. The film never covers the down moments or show reporters doing anything but interviewing. (How they can get work done in those small cubicles is anyone’s guess.) When editors gather around a computer, ready to publish on the web, you can sense the anticipation.

While it talks about a bigger problem in Hollywood, “She Said” is very focused on Weinstein. It alludes to the intimidation that hangs over other professions and shows how valuable one person speaking out can be.

“She Said” stays on course. A sequel could reveal just how Weinstein’s ways have been a way of life in Hollywood.

Kirstie Alley, who won an Emmy for her role on "Cheers" and starred in films including "Look Who's Talking," died Monday of cancer.

These are the best (and worst) Dwayne 'The Rock' Johnson movies

Since his first leading role in 2002's "The Scorpion King," Dwayne Johnson has starred in cartoons, comedies, cop movies and oh-so-many action flicks.

The 100 best dramas of all time, according to critics

The top picks run the gamut from Charlie Chaplin’s silent movies starring the Tramp to animated features such as “Dumbo.”

Ron Howard has come a long way from Mayberry. On the latest Streamed & Screened podcast, he talks about his latest film and new memoir.

Test your movie knowledge: From the 1940s through the 2010s, take a journey back in time and match each set of Christmas movies from the same decade.

How Disney live-action movies compare to the originals

Which is better — Disney's live-action remakes or the original animation version?

“Amsterdam” was supposed to be one of the leading contenders for the best of the year.

What to stream: A stocking full of fresh Christmas shows and movies

Now that it's December, we can confidently say that the Christmas (or whatever holiday you celebrate) season is here. Which means a slew of new holiday content to stream, if you haven’t been mainlining Hallmark holiday movies already.

Christy Altomare, Broadway's 'Anastasia,' keeps a positive outlook on life after a pandemic

Movies in a Minute: "Spoiler Alert"

From left, Megan Twohey (Carey Mulligan) and Jodi Kantor (Zoe Kazan) talk to a source in "She Said."

Zoe Kazan plays a reporter covering the Weinstein story in "She Said."