MNF: The latest scores and updates from the Saints vs. Raiders

Here's how 'Jeopardy!' is returning in the age of coronavirus
0 comments
Share this
Return to homepage ×

LOS ANGELES — “Jeopardy!” is returning for its 37th season, with greater social distance between Alex Trebek and the contestants and a new role for all-time great contestant Ken Jennings.

A redesigned set for the coronavirus era will allow for the contestants to be further apart and at a greater distance from Trebek, who has continued as host after a diagnosis last year of pancreatic cancer.

Trebek said last month that he’s responding exceptionally well to treatment for and expects to mark his two-year survival next February.

The casting of contestants was done entirely online for this season, which was shot without a studio audience.

Jennings, the record-setting contestant who won on 74 straight shows and took last year’s “Jeopardy! The Greatest of All Time” title, is joining the series as a consulting producer.

He’ll appear on-air with his own video categories, develop projects and act as a public ambassador for the show.

“Though I’ve played my last round of JEOPARDY! as a contestant, I’m delighted to have the opportunity to remain involved with my favorite show,” Jennings said in a statement. “I’m still in on all the action, but I don’t have to worry about phrasing things in the form of a question anymore.”

"Schitt's Creek" made history at Sunday's Emmy Awards with a comedy awards sweep, something even TV greats including "Frasier" and "Modern Family" failed to achieve.

PARIS (AP) — With precision and boundless energy, a team of carpenters used medieval techniques to raise up — by hand — a three-ton oak truss Saturday in front of Notre Dame Cathedral, a replica of the wooden structures that were consumed in the landmark's devastating April 2019 fire that also toppled its spire.

ACM Awards 2020: Check out the list of winners and scenes from the show

Entertainer of the year, the top ACM prize, was presented last and produced a surprise. Here's the full list of winners as well as photos from the night's festivities.

The 50 best alien movies ever made

Stacker compiled data on all sci-fi movies on Letterboxd and ranked according to their average score. Here are the results.

Brace yourself for what might be the weirdest fall TV season ever.

What's behind the backlash to the French independent film that sparked a #CancelNetflix response?

For book lovers, this fall promises an even deeper bounty than usual as publishers shuffle release dates amid the pandemic. Here's a list of best bets.

NAPLES, Italy (AP) — The run-down, paint-chipped Detroit house where U.S. civil rights icon Rosa Parks took refuge after her historic bus boycott is going on display in Italy in a setting that couldn’t be more incongruous: the imposing central courtyard of the Royal Palace in Naples.

Watch Now: Who won the most Emmys?

Watch Now: Who invented the cheeseburger?

Watch Now: Who invented the cheeseburger?

This image released by JEOPARDY! shows the new set for the popular quiz show. Season 37 will premiere on Sept. 14. 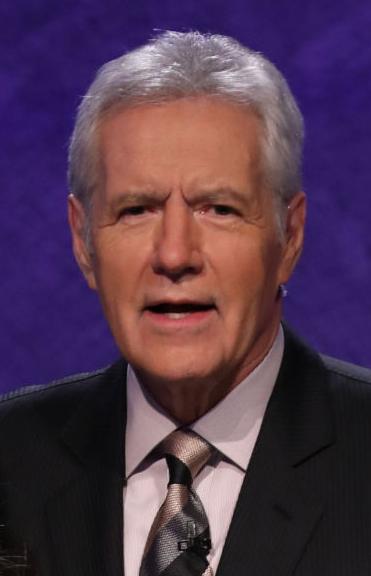