“Immersive Van Gogh,” the animated art exhibit that has gained popularity across the nation, is coming to the Madison area in November.

The exhibit will run at the Greenway Station Shopping Center, 1651 Deming Way, Middleton, from Nov. 24 through Jan. 8, the organizer Lighthouse Immersive announced Thursday. Tickets start at $40 and go on sale 10 a.m. Thursday at vangoghmadison.com.

“The innovative design of the experience enchants and activates the imagination to explore beyond the walls of the space,” Immersive Van Gogh co-producer Corey Ross said in a statement.

More than 50 projectors will be used to cover the walls and floors of the Greenway Station Shopping Center with animated versions of Van Gogh’s famous paintings, including “The Starry Night,” “Irises,” “Self Portrait with Felt Hat” and “The Bedroom in Arles.” Visitors are “encircled from head-to-toe” with more than 500,000 square-feet of slow-moving imagery cast from the projectors, Lighthouse Immersive said.

Since the exhibit’s debut in North America in 2020, more than 5 million tickets to the immersive art experience have been sold, according to Lighthouse Immersive.

“Arts and culture is vital to the economy of each market that Lighthouse Immersive productions call home, and we are thrilled to bring that magic to Madison, a diverse community of professionals, students, artists and families,” Ross said.

Van Gogh, who lived from 1853 to 1890, created roughly 2,100 works during his lifetime, including about 860 oil paintings. He was not successful as a commercial artist, but his art became famous after he died. He struggled with poverty and depression, and died by suicide at 37.

“While van Gogh’s art lived in obscurity throughout his life, his artwork has transcended time and generations because of its unique emotive capabilities and touching technique,” Immersive Van Gogh creator Massimiliano Siccardi said.

Original music with piano and experimental electronic music was created for the exhibit by multimedia composer Luca Longobardi. Production designer David Korins, who has built sets for Broadway shows, has created pieces that will transform the shopping center in Middleton. Vittorio Guidotti is the art director.

Eddie Murphy insists he never 'made fun' of Michael Jackson

Eddie Murphy insists he never 'made fun' of Michael Jackson 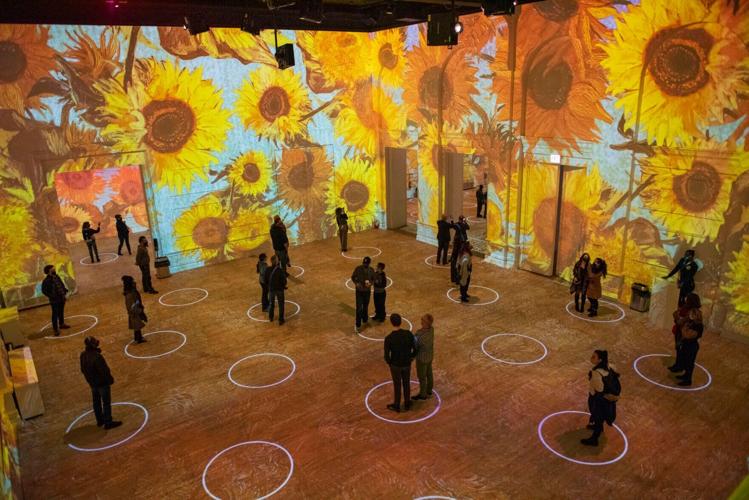 More than 50 projectors are used to cover the walls and floors of the animated art exhibit featuring images of Vincent van Gogh paintings that encircle visitors from head-to-toe. 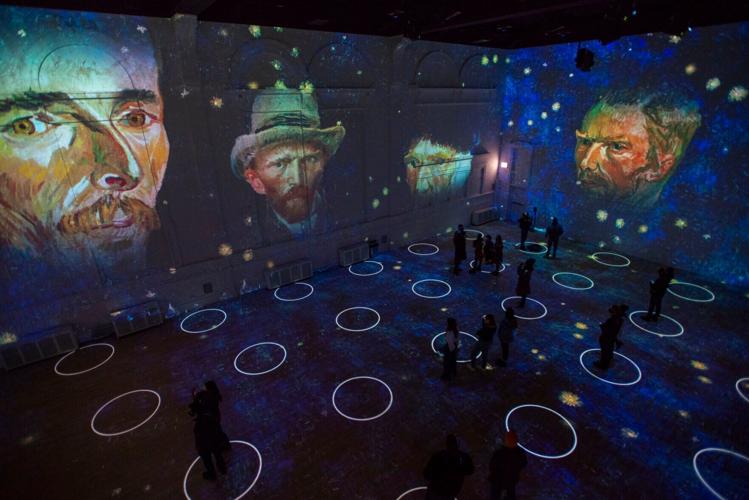 "Immersive Van Gogh" will run from Nov. 24 through Jan. 8, at the Greenway Station Shopping Center, 1651 Deming Way, Middleton, featuring images of Vincent van Gogh's famous paintings such as "The Starry Night," "Irises," "Self Portrait with Felt Hat" and "The Bedroom in Arles." 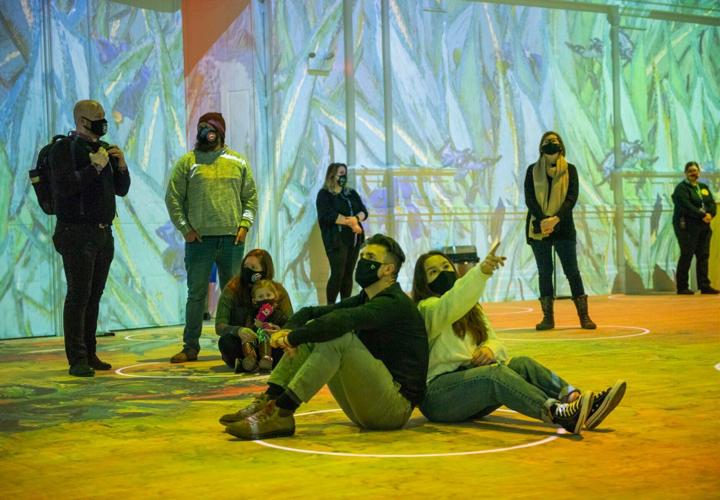 Visitors to the "Immersive Van Gogh" exhibit in Chicago watch as images from Vincent van Gogh's paintings move along the walls. The popular art experience is coming to Middleton this November. 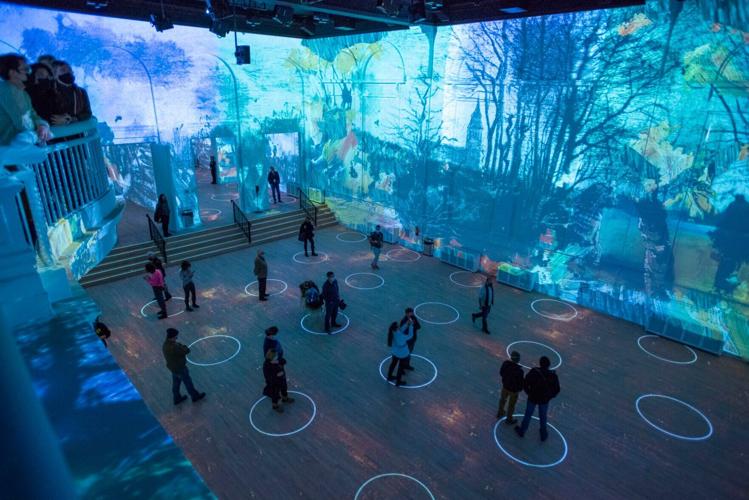 More than 50 projectors are used to cover the walls and floors of the animated art exhibit "Immersive Van Gogh." Visitors are "encircled from head-to-toe" with more than 500,000 square feet of slow-moving imagery cast from the projectors, Lighthouse Immersive said.