All the world may be a stage, but what does that mean for the world's stages?

When some performance spaces fall into disrepair or disuse they're demolished to make room for other venues. However, saving those buildings from demise isn't a task for the faint of heart. Fundraising alone can take many years with several years for restoration tacked on to that.

"I talk to these groups of people in an earlier stage (of restoration) about the struggle and the patience that's required," said Bill Brehm, director of the Stoughton Opera House. "It's about the willingness to continue on to overcome obstacles and let skepticism or negativity roll off your shoulders to maintain a certain level of confidence that what you're doing means something."

Both the Stoughton Opera House and Al. Ringling Theatre — faced possible demolition or re-purposing — now boast restoration success stories and share their experiences with organizations striving to save their own spaces.

For Stoughton and the Al. Ringling Theatre in Baraboo, the process was motivated by a goal to meet their 100th anniversaries.

And now the Driver Opera House in Darlington and Richland Center Auditorium in Richland Center are upon the year that had been dubbed 'the end' for their restoration journeys and the end is further away than organizers had hoped.

"It's been a long run," said Leona Havens, Driver Opera House board member and public relations contact. "Ideally we wanted the Driver up and running by 2017. It's been a slow process, but economically we started just before the 2008 (recession). People were being very cautious, but we never dismantled. We always move forward."

The work at Driver Opera House, built in 1883 on the second floor of 250 Main St., Darlington, will cost an estimated $2.5 million. The Driver hasn't been used for anything aside from storage since its last event — a St. Patrick's Day dance held in 1951.

Over in Richland Center the cost to restore the 1912 auditorium, at 182 North Central Avenue, to its former glory will cost roughly $6 million.

"A group got together and purchased the building from the city for $1 — it was the most expensive $1 they've ever spent," said Michael Cosgrove, treasurer of the Richland County Performing Arts Council.

Although restoration and repairs are needed, the auditorium is still able to hold events.

Though, like Darlington, Richland Center is supportive of the endeavor, the small community of just more than 5,000 hasn't been able to raise the funds as quickly as the RCPAC anticipated.

That's the reality of a small community, it takes time, Cosgrove said.

Despite the obstacles that have interrupted the progress of the restorations, members of other theatrical organizations say that the process is arduous and often takes more time than originally anticipated.

For the Al. Ringling Theatre, the totality of their restoration efforts from initial fundraising to completion took almost 30 years from 1989 to 2016.

It's all a matter of timing, according to Charlene Flygt, past president of the Al. Ringling Theatre board of directors and lead docent.

"It's timing, it's money and it's the right people in the right places at the right time," she said. "For us, it was the propelling of the theater's 100th anniversary. It also is the basic belief of 'can this be done' and 'is this worth being done?'. If you don't believe either of those things you might as well pack up and go home."

For the Stoughton Opera House, the endeavor was a real "labor of love" that lasted between 1983 and 2001 and was also motivated by the building's centennial anniversary.

According to Brehm, the total cost of restoration was somewhere "north of $1 million" which may only include costs of restoration inside the opera house.

Much of the cost of restoration was kept down because many individuals donated their time to the project, he added.

Despite the initial high costs of restoring the spaces, the communities and surrounding areas stand to benefit greatly from the investment.

Some of these buildings, like the Stoughton Opera House, are a part of the community's culture and saving them can reinvigorate the local economy in ways that people are appreciating more and more, Brehm said.

"The arts can be a huge economic simulator for main streets," he said. "...We have a lot of sold out shows — we have 475 seats — and that has an enormous economic impact on a city the size of Stoughton. If there's a sold out show at the opera house, there is nowhere to eat on Main Street. There are cars parked all the way up and down Main Street."

There are restaurants and bars that have opened or others that have remained open since the opera house reopened, Brehm added.

Honoring the history of the space is something that the board members of the Driver Opera House reiterate as they move forward with a project that could greatly benefit the immediate Darlington area and beyond.

"It really is the community's building," Havens said. "Board members are just the caretakers. We want to help inspire people with our mission and knowing the impact of how the Driver will help the whole county — not just Darlington. We want to bring people to our county and the surrounding area to shop, to stay and to enjoy all the other activities that are in here in Lafayette County. That is our hope."

Havens has spoken with other arts leaders from around the state, such as individuals from the Fox Cities Performing Arts Center in Appleton, about the positive economic impacts on their communities and she is hopeful that the Driver Opera House could mirror those positive changes.

Cosgrove has a picture of his grandfather standing in the basement of the Richland Center Auditorium with President Kennedy.

The likes of three presidents, Liberace and the (then unknown) Oakridge Boys all once stood on that aging stage.

But aside from the people of historical notoriety or the workings of the women's suffrage movement that went on in the building, there are other types of memories that make the building worth saving.

"There was too much history here to let it turn into a parking lot," Cosgrove said. "We're trying to take our history and our heritage and blend them together."

The auditorium was home to countless graduations, weddings and community productions throughout its lifetime.

Much in the same vein, the Driver Opera House has seen its fair share of dance recitals, commencements and events.

"There are so many wonderful stories about this building," Havens said. "It's just a wonderful, quaint, charming theater."

In the unpredictable world, these historical performance spaces could end up made even more important in their communities. A situation that the Al. Ringling Theatre now finds itself in because of the January announcement that the Ringling Bros. circus would be shutting down.

Theater executive director Stephanie Miller-Lamb hopes that the closure isn't permanent, but is prepared to elevate the theater's importance either way.

"For the community and the Ringling properties, it makes us more determined to stay healthy and strong," she said.

Once the Richland Center Auditorium and Driver Opera House are completed, visitors could come from far and wide to see performances in the spaces and the people behind their restoration can share a piece of their community with those visitors.

Richland Center's auditorium used to be a stopping point between Minneapolis and Chicago.

"When it was built, we had more dressing rooms than theaters in Milwaukee or even some Chicago theaters," he said. "Everyone wanted to play here. We have playbills from events that took place that say the performer 'recently played for seven million in London'."

Knowing that the end goal is difficult to achieve, other theater professionals encourage those who are still in the process of restoration to keep pressing forward.

Persevere, you'll get there, Miller-Lamb said.

Brehm said, half the battle is convincing other people that the project is worth it especially when trying to correlate an arts space and economic prosperity.

"It took a while for people to notice the correlation between those two things," he said. "Any kind of economic development has to be balanced and the arts are a component of that. The arts, business development, residential development and a lot of the time the arts are left out of that." 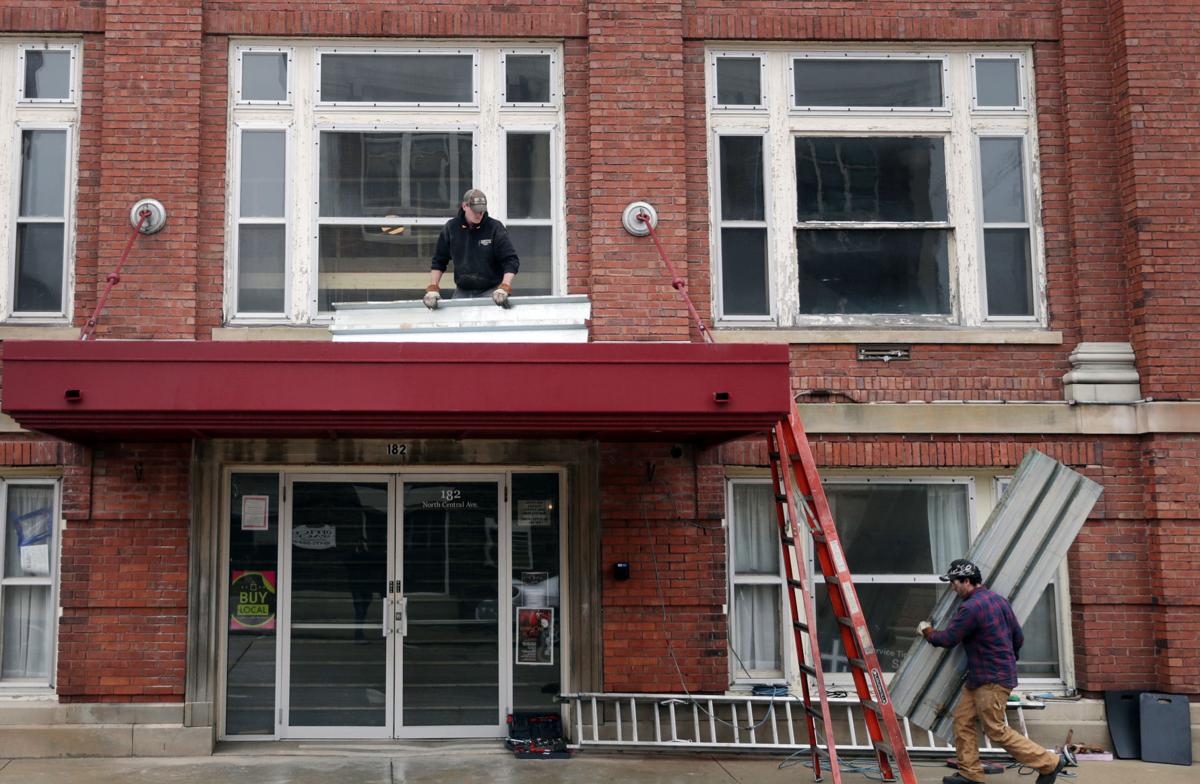 On top of a newly installed marquee, Tyler Davies of Custom Metals, Inc., places a piece of corrugated metal, as coworker Mostafa Kachchaf prepares to hand up another piece. Michael Cosgrove, Richland County Performing Arts Council treasurer, said he's glad to see the outside of the building getting a lift to show the public that work is well underway to restoring the Richland Center Auditorium. 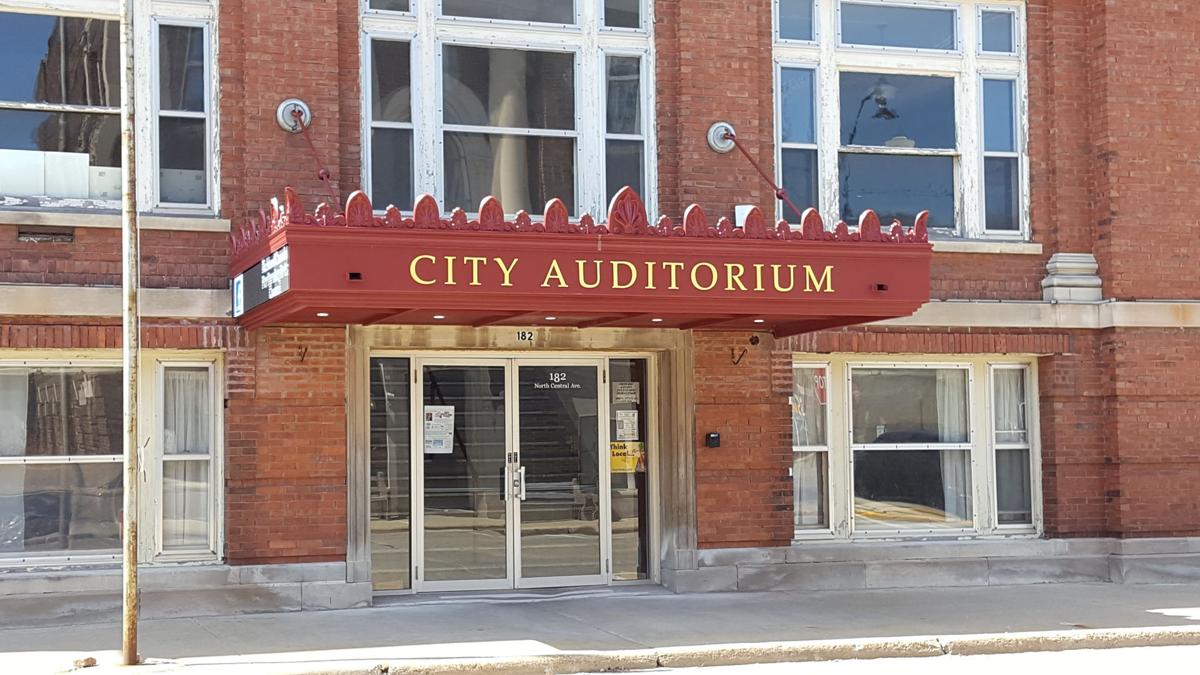 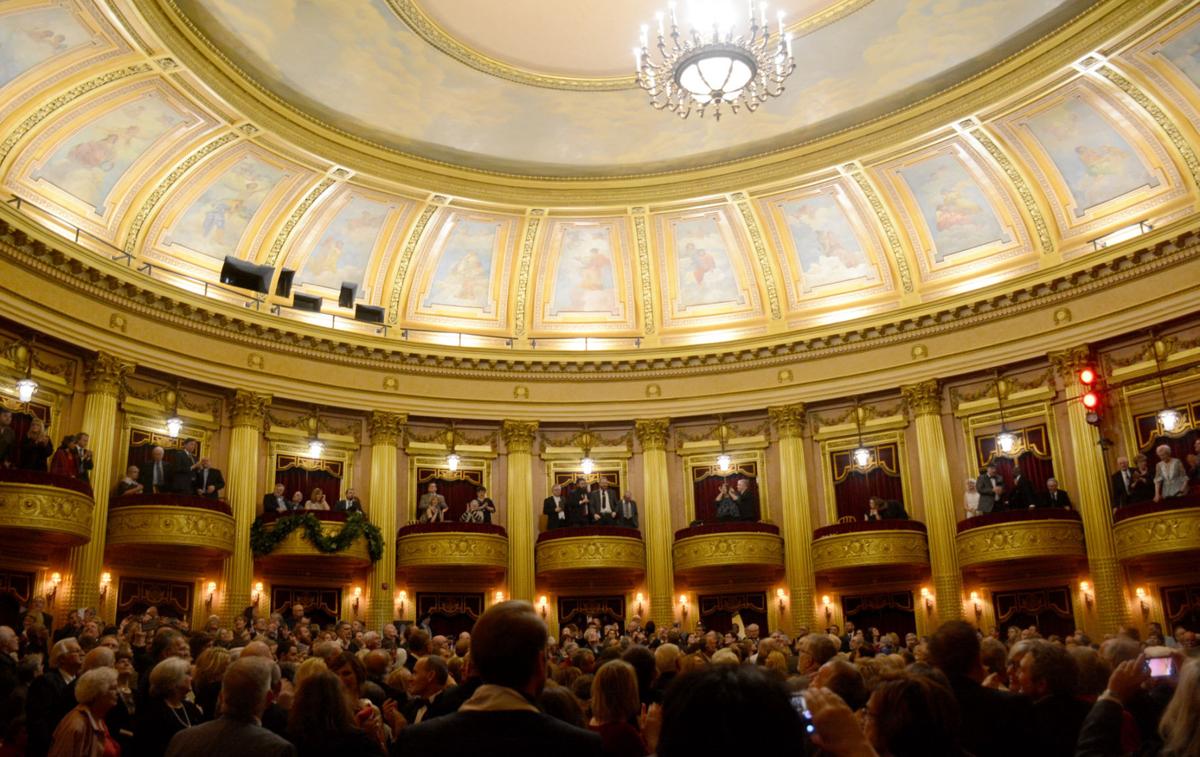 Stephanie Miller-Lamb said members of the Baraboo community could be heard saying "the jewel of the city or the heart of the city" was closed when the Al. Ringling Theatre was shut down for eight months of massive restoration. The theater reopened in Feb. 2016. 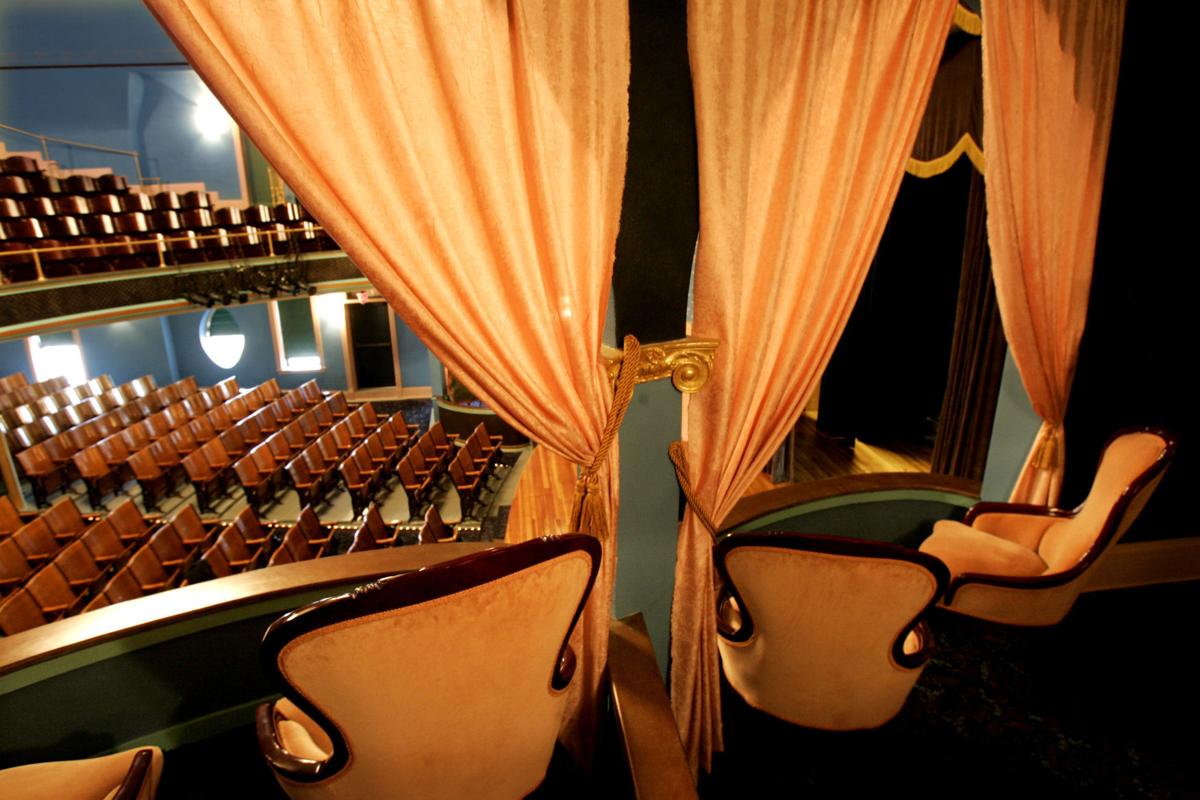 Bill Brehm, director of Stoughton Opera House, said costs were kept down during the restoration process because many people who came in to work on the opera house generously donated their time. The opera house reopened on its centennial anniversary on Feb. 22, 2001.