This story has been updated to add details of the upcoming vigil for Vanessa Anderson.

RACINE — The woman who was found dead Friday night in an apartment on Dr. Martin Luther King Drive has been identified and confirmed to have been pregnant at the time of her death.

According to the Racine Police Department, the woman has been identified as Vanessa Anderson, 31, of Racine. WITI-TV reported Monday night that Anderson’s child, which would have been her third, also died. She was reportedly eight days away from her scheduled cesarean section.

There is an active GoFundMe page for Anderson, operated by her sister, Lashunda Anderson (gofund.me/613d42fa). The page has raised about $400 of the Anderson family’s $30,000 goal as of Tuesday morning.

According to the GoFundMe page, Vanessa Anderson was pregnant with a girl.

The Racine Interfaith Coalition will be conducting a vigil for Vanessa Anderson at 6 p.m. Sunday in the 1600 block of Dr. Martin Luther King Drive. For questions on the vigil, call RIC at 262-635-9532. People with information can contact the Racine Police Department by calling the Investigations Unit at 262-635-7756. Those who wish to remain anonymous can contact Crime Stoppers by phone at 262-636-9330 or through the Crime Stoppers app by using the p3 app.

One man is dead, reportedly having killed himself, after a federal agent was allegedly shot during a raid on a home in the Georgetown neighbor…

From left, World War II veteran Roland "Bud" Pater talks with Darcie Greuel and Ann Knabe, both visitors from the U.S. Department of Veterans Affairs in Milwaukee, during his 106h birthday party Monday at his home in Mount Pleasant. 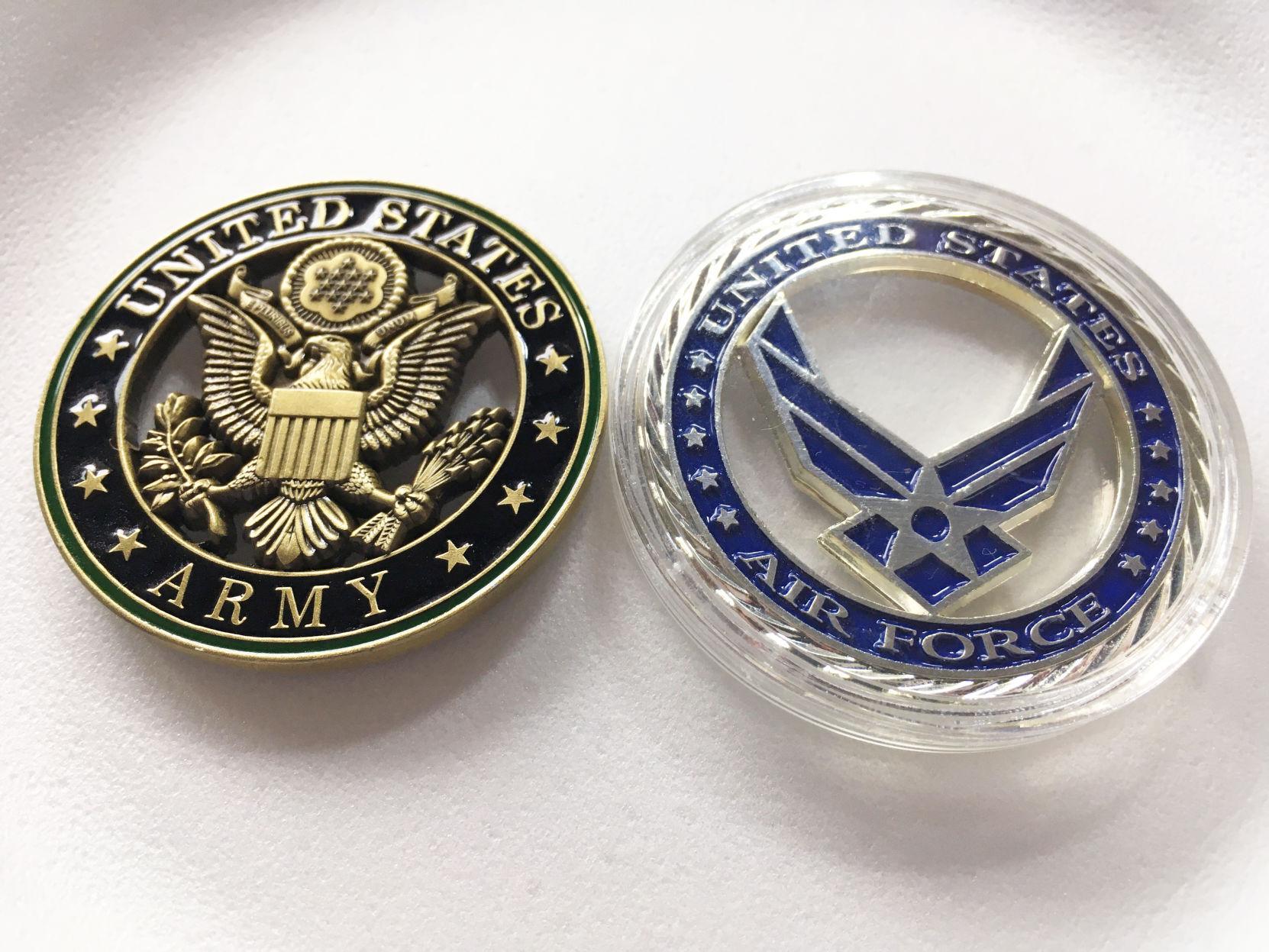 Visitors from the U.S. Department of Veterans Affairs in Milwaukee celebrated Roland "Bud" Pater's 106th birthday by giving him these "challenge coins," earned by military members for good conduct or achievement.

“What an honor,” Greuel said after meeting Pater. “It’s like walking back in time.”

Pater, who was born in 1915, spent his 106th birthday Monday, Oct. 11, surrounded by friends and well-wishers at home, sharing memories of his childhood and his military service.

“Right now, I’m happy,” he said to those gathered around him. “So many nice people.” 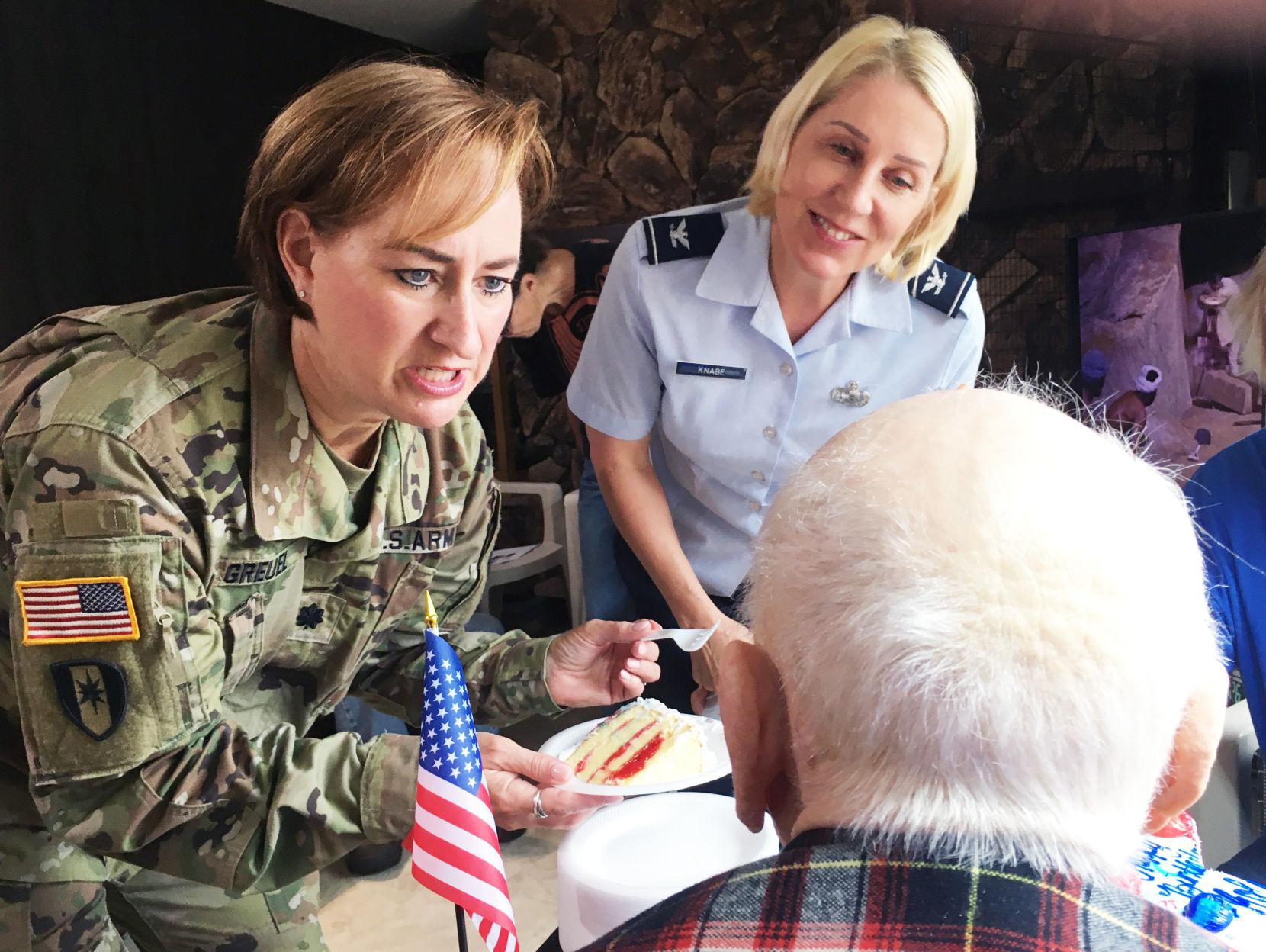 Pater’s historic birthday comes as American World War II veterans are dwindling in numbers every day, from an original 16 million who served to just 240,000 remaining.

According to the National World War II Museum in New Orleans, an average of 234 are dying every day from among those who served in the war fought between the years 1939 and 1945.

Wisconsin has fewer than 4,400 WWII vets remaining. And although nobody is quite sure, officials at the museum and the Department of Veterans Affairs believe Pater is among the oldest left in Wisconsin — if not the oldest.

He enlisted in the U.S. Army in 1939 and served in the Army Air Corps, the predecessor to the U.S. Air Force.

“It’s fascinating to make this connection,” she said. “I see this as part of my heritage.”

Greuel, a lieutenant colonel in the Army Reserves, said she traveled to Mount Pleasant with Knabe for Monday’s party because she wanted to meet the man who could be Wisconsin’s oldest remaining WWII vet.

The visiting dignitaries, in their 50s, work in the VA complex in Milwaukee. Both wore military uniforms as a show of respect for Pater, who served in Europe and participated in both the landing at Omaha Beach and the Battle of the Bulge.

“It’s incredible,” Greuel said. “It just makes my heart sing to know that he just hugged me.”

Born in Racine, Pater graduated from Park High School in 1933.

He told the crowd at his birthday party that he enjoyed model airplanes as a child, and he later joined the Boy Scouts, and sold magazines and delivered newspapers to raise money during the Great Depression.

“I wanted to do everything,” he said of his youth.

Once in the military, he initially wanted to become a pilot. When he realized he was not cut out for flying, he became a mechanic who worked to keep Army pilots airborne, leading the United States and its allies to victory over Adolph Hitler and Germany.

A lifelong fan of motorcycles, Pater operated a Harley-Davidson dealership in Racine in the 1960s and ‘70s.

His wife, Evelyn, died in the 1990s, and he now lives in Mount Pleasant with Keith Kaydo, a former son-in-law who has remained close friends with Pater for more than 40 years.

Kaydo described his longtime friend as polite and honest with a lively sense of humor.

Other friends who joined the 106th birthday party recalled getting to know Pater through his motorcycle dealership. 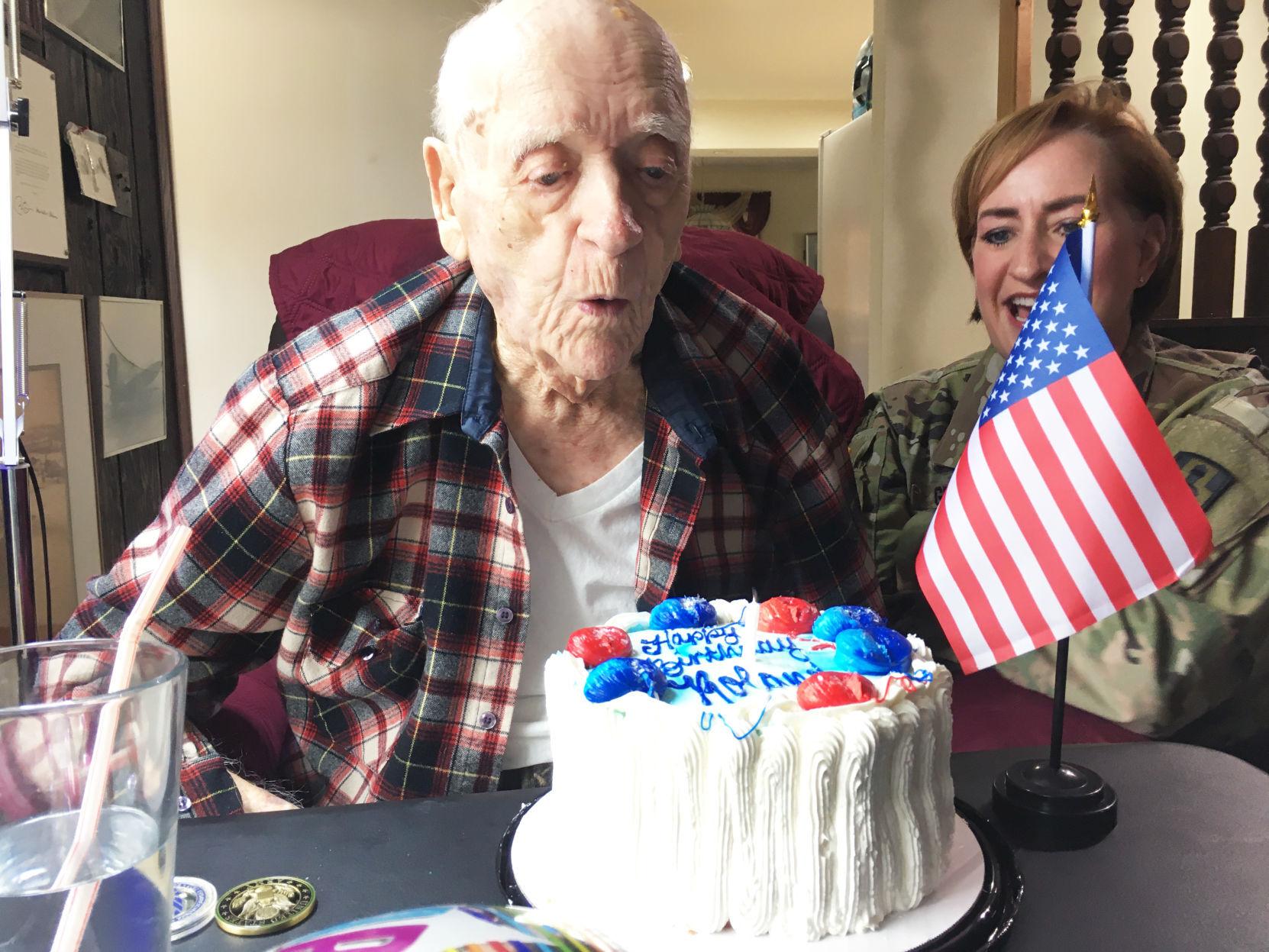 World War II veteran Roland "Bud" Pater blows out a candle on his cake Monday during his 106th birthday party in Mount Pleasant, joined by Darcie Greuel, at right, a visitor from the Department of Veterans Affairs in Milwaukee.

Gerry Gallo, 87, of Kenosha, said he started out buying parts from Pater for a motorcycle, but he later ended up working for Pater.

Richard Bohaczek, 81, of Somers, said he, too, was a Harley-Davidson customer who become friends with Pater. Bohaczek said he can hardly believe that Pater has lived to 106.

“Unbelievable,” Bohaczek said. “He must be doing something right.”

Pater entertained the crowd with stories of his days in the military, including when he was stationed briefly in Puerto Rico. He enjoyed the hot, sunny weather so much that he wanted to ride his motorcycle.

So, he persuaded a friend back in Wisconsin to somehow ship Pater’s motorcycle to Puerto Rico.

“If you want to do something, you could do it,” Pater said. Asked by others in the crowd about his secret to longevity, Pater said, “That I don’t know.”

RACINE — Fourteen months after a warrant was issued for his arrest, a Texas man accused of a 2018 sexual assault in Racine County, Curtis L. Bush, has been taken into custody.

A homeless woman, who was bleeding from a scratch under her right eye, allegedly told the officer that she had been raped by a man with whom she shared a pack of cigarettes.

A 2006 Florida study found that 78.3% of homeless women have been, at some point in their life, been raped, physically assaulted or stalked — a rate significantly higher than that for the general population. That same study found that the “lifetime risk for violent victimization for homeless women with mental illness is 97%, making sexual violence a normative experience for this population.”

After purchasing the cigarettes, the man allegedly forced the woman into the basement of a home and sexually assaulted her “while holding her down and muffling her mouth” despite the woman trying to yell “No!” repeatedly.

After the man got off, the woman ran outside and was helped by women who were in a nearby home.

The woman was taken to a hospital and underwent an exam by a sexual assault nurse examiner. The State Crime Lab confirmed finding male DNA but came up with no immediate matches.

On Jan. 29, 2020, a report from a Crime Lab analyst found a match, identifying the suspect of Curtis L. Bush, who is now 50 and lives in Little Elm, Texas, but previously lived at the Racine home where the rape was reported.

Bush has been charged with second-degree sexual assault with use of force, a felony that carries a maximum prison sentence of 40 years, and a misdemeanor disorderly conduct charge.

The criminal complaint did not state how Bush was taken into custody. Online records show that he was being held in Racine County Jail as of Monday afternoon.

According to the Racine Police Department, he was last in custody in August 2015 following a 2013 drug paraphernalia conviction.

Regarding the sexual assault allegations, an arrest warrant was issued on Aug. 27, 2020, court records show, and he made his initial appearance in Racine County Circuit Court on Monday. Cash bond has been set at $7,500.

Everything you need to know about COVID-19 vaccinations and testing
Jan 13, 2021

See vaccination progress by state, learn about side effects, and find out when you might be eligible for a shot

RACINE — Having passed an ordinance that created the position of social equity officer last week, the city lost no time in pursuing funding for it.

The Finance and Personnel Committee voted unanimously on Monday to recommend the city council use $500,000 of the American Rescue Plan Act money to fund the position over the next four years. 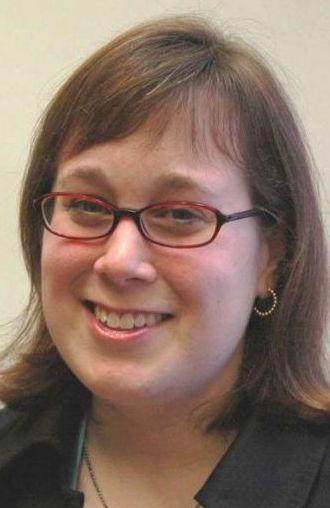 Vicky Selkowe, manager of strategic initiatives & community partnerships for the city, said the intention of the ARPA funds was intervention for communities disproportionately affected by the COVID-19 pandemic.

Additionally, funding the position aligns with the city’s goal of diversifying the workforce.

The data was similar for members of the Hispanic community. Just 79 employees identified as Hispanic and, of that number, just 27 were women.

Although the city has long talked about diversification, the workforce is 76% white, even though only 65% of the city’s population is white.

Should the City Council approve the expenditure at its next meeting, the city intends to cast a wide net in its search for the best candidate.

“We want to make sure we get really talented applicants,” Selkowe said.

The American Rescue Plan Act is the $1.9 trillion pandemic relief package that immediately became a landmark legislation for President Joe Biden, who signed it into law on March 11. It aims to help the U.S. defeat the COVID-19 virus and nurse the economy back to health.

All 17 of Racine County’s municipalities, plus the county as a whole, are due to receive nearly $97 million combined through ARPA. The City of Racine is getting, by far, the largest piece: $46.98 million. 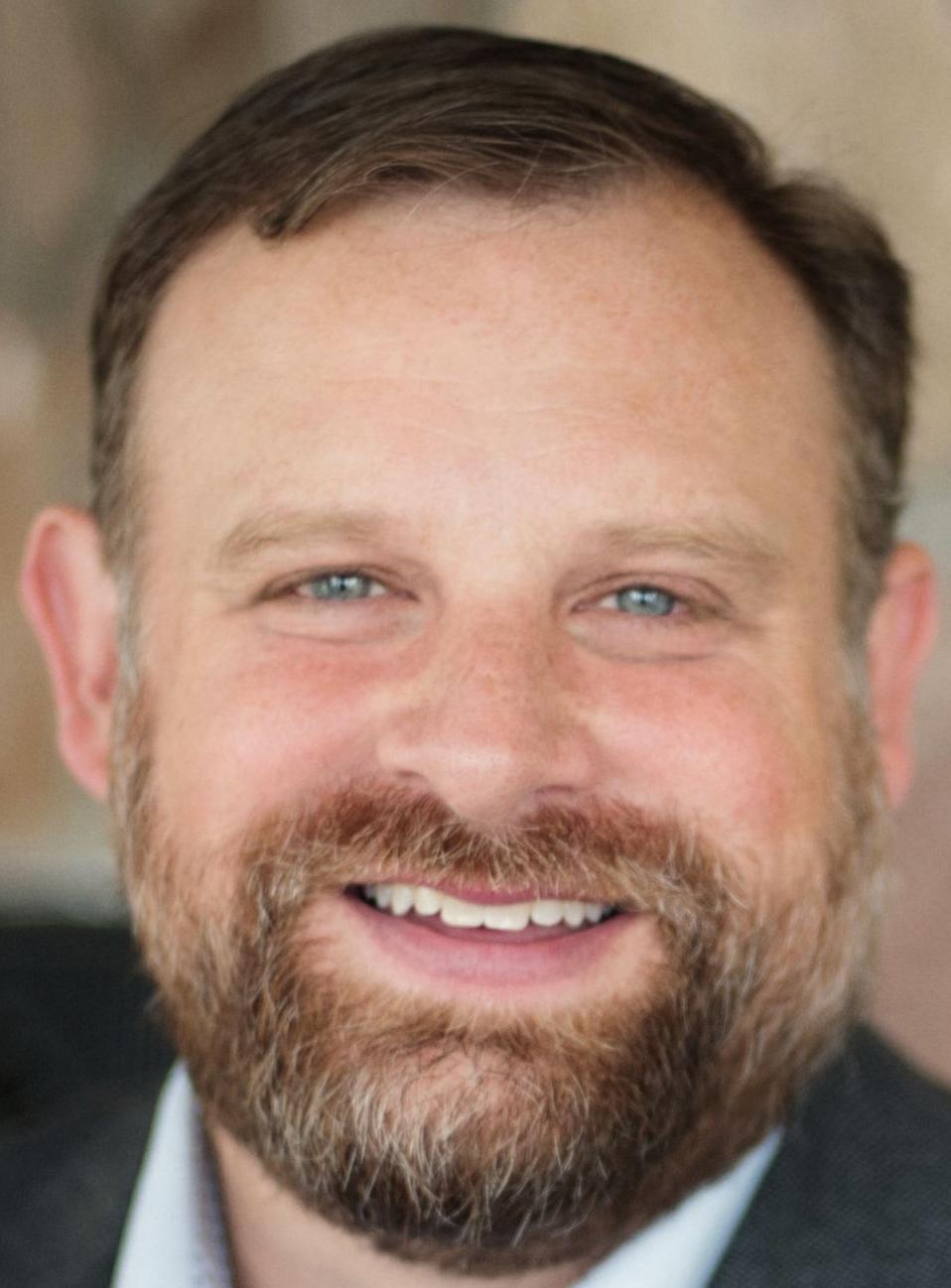 Mayor Cory Mason said he hoped to have the position filled as soon as possible.

The social equity officer will have a number of responsibilities that will aid the city in incorporating principles of racial equity and inclusion into their operations.

Further, they will work to strengthen diversity on the city’s boards and commissions.

The social equity officer will work to identify the barriers that marginalized communities face in pursuing careers with the city or promotions within a department.

Where possible, they will organize training and leadership opportunities of staff-level, equity-focused capacity.

Mason explained one of the challenges the city faces in hiring a social equity officer is the field is particularly competitive right now.

Both Madison Area Technical College and the Overture Center for the Arts in Madison are in the process of hiring an equity officer.

The Overture Center would prefer a candidate with a master’s degree, three years of supervisory experience, and is offering a salary of $75,000 to $85,000, depending on experience.

Many municipalities, businesses and schools in Wisconsin have already hired a social equity officer or are in the process of hiring one due to address gaps in hiring and promotions for marginalized people.

The City of Milwaukee has an Office of Equity and Inclusion, and the City of Madison has a Department of Civil Rights that includes an Equity and Social Justice Division.

The city and county of Eau Claire hired a new Equity, Diversity & Inclusion coordinator in April.

Click and hold your mouse button on the page to select the area you wish to save or print. You can click and drag the clipping box to move it or click and drag in the bottom right corner to resize it. When you're happy with your selection, click the checkmark icon next to the clipping area to continue.