RACINE — Racine Unified announced Friday morning that it will continue instructing students remotely during its second quarter “until further notice.” Factors going into the decision include increasing COVID-19 cases locally and guidance from the local health departments.

Dottie-Kay Bowersox, the City of Racine’s public health administrator, strongly recommended on Thursday that students learn from home for the second quarter of the 2020-21 school year until data suggests that it’s safe for kids to return to in-person learning.

“We certainly want to bring kids back as soon as it’s safe to do so,” said Stacy Tapp, Unified’s chief of communication and community engagement.

In addition to announcing its decision for the second quarter on Friday, the district also introduced its gating criteria for returning students to in-person learning.

Its core indicator will be the number of new cases for 100,000 people over the past 14 days. That number, as of Thursday was at 350, which puts Racine in the “very high” risk category.

Per its gating criteria, the district would consider returning to in-person learning when the local risk level recedes to “moderate.”

RACINE — The city’s public health administrator is urging districts to teach students virtually in the second quarter of this school year.

Some secondary factors the district plans to take into account when re-opening include:

RACINE — While enrollment in public schools across the state declined by 3% this school year, private schools participating in the state’s publicly-funded parental choice program continued to see increases in enrollment.

After the risk level returns to “moderate,” the district would plan to take one to two weeks to transition back to in-person learning to give time to set up food service, transportation, safety protocols and to inform families of its plans. 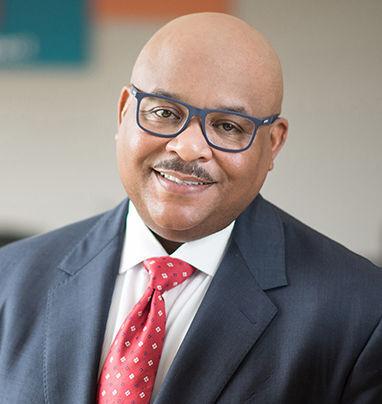 “Once Racine County sees a decrease in new cases over a two-week period, we will transition between phases within 1-2 weeks,” a Friday email signed by Superintendent Dr. Eric Gallien stated.

Polling of Racine Unified parents shared by the district indicates that their opinions are mixed regarding how they want their children to be learning this year.

The vast majority of Racine Unified students have been learning from home since the start of the school year, but a limited number of special education students who could not be served virtually had been learning in person. That in-person learning was halted on Oct. 8 after rising cases of COVID-19 put Racine County in the “very high risk” category, per the Central Racine County Health Department. Those students would be eligible to return to in-person lessons once the area drops out of the “very high” risk level.

Union Grove Village President Mike Aimone snips the oversized scissors on Thursday as a part of a ribbon-cutting ceremony of the newly finished pavilion at School Yard Park, 1365 State St. Next to him, from left, are Scott Maier of the Racine County Executive Committee, County Executive Jonathan Delagrave and Liz Johnson, president of the Union Grove Kiwanis Club.

The Pavilion at School Yard Park is located at 1365 State St.

Union Grove Village President Mike Aimone poses with Liz Johnson, president of the Union Grove Kiwanis Club. The two hold a check from the club for $20,000, a symbol of the contribution the Kiwanis Club made to help build the pavilion at School Yard Park, 1365 State St.

UNION GROVE — While a small-scale ribbon cutting ceremony wasn’t exactly how Village of Union Grove administration envisioned the first meeting for the newly finished pavilion at School Yard Park going, they still wanted to celebrate the completion of the project.

“We wanted to at least put a bow on it somehow,” Village Administrator Mike Hawes said.

In light of the COVID-19 pandemic, the public grand opening and programming at the pavilion is on hold and will likely be next spring. A committee is planning the event, Hawes said.

Liz Johnson, president of the Union Grove Kiwanis Club, said the club donated such a large amount because it wants to be a part of whatever happens in the community.

“We want to make sure that it’s enjoyed by everyone,” she said. “(We’d do) anything that’s going to better Union Grove.”

Yorkville-based Bower Design and Construction was the builder. The project broke ground in late February and was mostly complete in June. A few finishing touches such as a plaque indicating platinum sponsors have been added since then.

More picnic seating on top of a concrete pad was added near a preexisting building along the west side of the property.

The stage, which is equipped with a sound system, will host family-friendly events at a walkable location in Union Grove.

Resident participation was involved in various planning committees that provided recommendations on various details of the structure, including location, design, features, rules/operations, fundraising and event planning. The Village Board set reservation and use policies in March.

“I’m looking forward to enjoying it once life gets back to normal … being able to see the community really come together and enjoy a beautiful space like this,” Johnson said.

Village President Mike Aimone was the first person to bring the entertainment stage idea to the county. Aimone met with County Executive Jonathan Delagrave in 2018 to see if there were any funds available, and then the grant was given later, as a part of the County’s 2019 budget.

Aimone said the Village wanted to serve other segments of the community such as students and children not involved in sports.

The village wants nearby schools to be able to use the pavilion for programs and concerts. The Graham Public Library is also looking into hosting programs such as having Racine Zoo staff perform shows or educational events. Weddings are also a possibility.

“My hope is there will be more from community members and not as much village (staff),” Hawes said. “Nonprofits would be ideal.”

No events have officially been proposed for the pavilion yet. “But, I have planned concerts in my life, so I will get things started and see where it goes from there.”

Hawes said after the grand opening, a music series may be possible. A name option for the series could be Union Grooves, he said.

Aimone said the pavilion will be another amenity for the Route of the Badger bike trail once it’s built. Union Grove can better be seen as a destination along the trail because of the pavilion and potential events two blocks away, he said.

The pavilion can also benefit area businesses because people may want to get food to go from local restaurants to enjoy at School Yard Park, he said.

RACINE — The City of Racine Public Health Department has decided to permit trick-or-treating this year, from 5 p.m. to 7 p.m. on Saturday, Oct. 31.

However, the city warned on Friday that the public should not presume it is a safe event, and it agrees with the recommendation from the state Department of Health Services that the best advice is to not participate in trick-or-treating this year.

The Public Health Department also has issued guidance for city residents who choose to participate in Halloween events this year.

“After every holiday we continue to see spikes in cases because people simply don’t take the proper precautions to stay safe,” said Dottie-Kay Bowersox, public health administrator for the City of Racine. “However, given that all of our neighboring communities, except one, have scheduled Halloween as usual, our fear is that City residents will simply go to neighboring villages where COVID-19 is actually more prevalent and could be put at greater risk.”

Mayor Cory Mason said: “I want to (be) clear, not participating in trick-or-treating or in-person Halloween events is the safest thing to do. It’s a tough decision parents have to make, but I am going to lead by example. My children will not be trick-or-treating this year. However, if you choose to participate, please follow the health department’s guidance.”

The City of Racine Public Health Department issued a series of guidelines for trick-or-treating this year which include:

Residents who have additional questions or concerns can contact the City of Racine Public Health Department at 262-636-9201 or email publichealth@cityofracine.org.