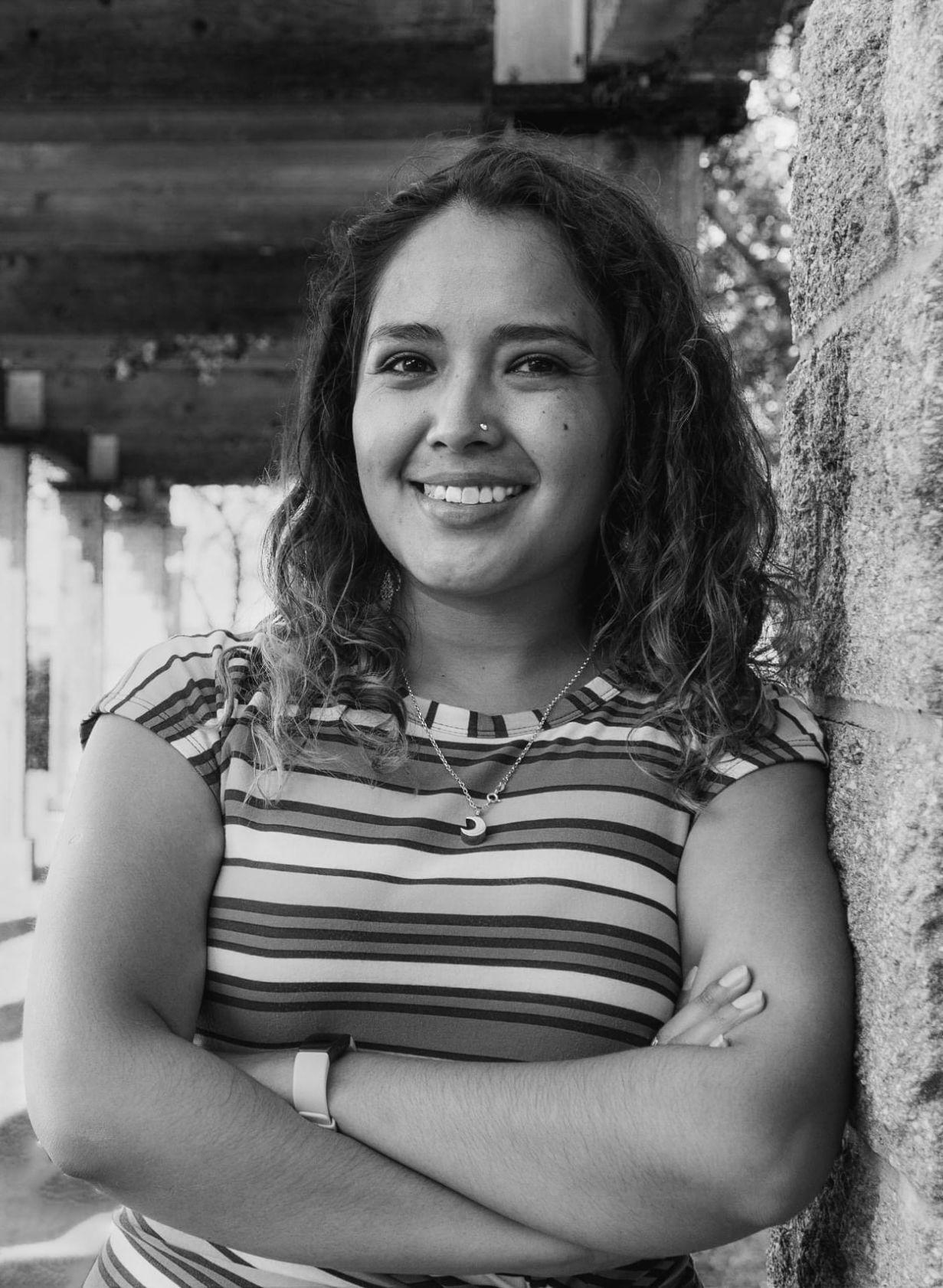 RACINE — Dulce Cervantes Contreras is set to make history as the first Latina to serve on the Racine Unified School Board.

Contreras, a 27-year-old Spanish teacher at Lincoln Middle School in the Kenosha Unified School District, also will become the youngest current member of the board when she is sworn in on April 19.

Both candidates participated in an interview with the School Board last week.

Contreras first introduced herself in Spanish and then English, and told the board that one of the reasons she was best suited to represent District 3 is because she speaks the language of many of its residents. District 3, which covers the south side of Racine, has a significant Latino population.

When RUSD board member Mike Frontier stepped down from his position, he hoped a person of color would replace him so the board would more accurately represent the district. It’s looking like Frontier’s wish will likely come true.

During the interview, Thompkins repeatedly referred to an “incident” that happened in December but did not go into detail about it. Thompkins was convicted of three counts of misdemeanor retail theft in February, in four separate incidents, for taking expensive items through the Target self-checkout but scanning and paying for much cheaper items.

“The best person for the job should be nominated, and the blip that I had and the incident should not define my 45 years here on Earth and in the community,” Thompkins told the board members last week.

He also touted his experience working with kids in soccer programs in Racine and Milwaukee and in after school programs and his knowledge of how board governance works from his time serving on various local, state and national boards.

Contreras added that she brings to the board the perspective of a parent, as the single mother of a son in special education classes and the perspective of an immigrant as someone who moved to the United States from Mexico when she was 9 and learned English in public schools. Contreras recently moved to Racine, but grew up in Kenosha and has been active in the Latino community there.

Racine Unified Board of Education member Dr. Michael Frontier wants to see change on the school board. So he’s stepping aside to allow for that — and is hoping a person of color fills his place. “I think the board is sympathetic to issues, but when we have a school district that is probably 60% minority, there should be some representation of the commitment of the student body and the families,” Frontier said, noting how all nine current members of the School Board are white. “We need people on the board who are experiencing issues that our families face.”

She told the board last week that addressing the opportunity gap between black and Hispanic students, as well as students of any race living in poverty, and their peers is one of her major concerns. She believes focusing on early achievement is one way to help address that. Another concern for Contreras is low funding levels for special education and English as a second language programs.

“Gracias por esta oportunidad,” Contreras said at the end of her interview last week. “Thank you for this opportunity.”

When Contreras and the two other new board members chosen in the April 6 election are sworn in on Monday, the School Board will become significantly more diverse that it has been in years with Contreras and Auntavia Jackson, who is black, joining its ranks.

The board has been all white for several years, even though around 60% of RUSD’s students are black, Hispanic or mixed race. Frontier left with hopes that a person of color would fill his seat.

Jackson will replace John Heckenlively, who did not seek re-election. Docksey beat out current board member Jane Barbian to represent District 5. 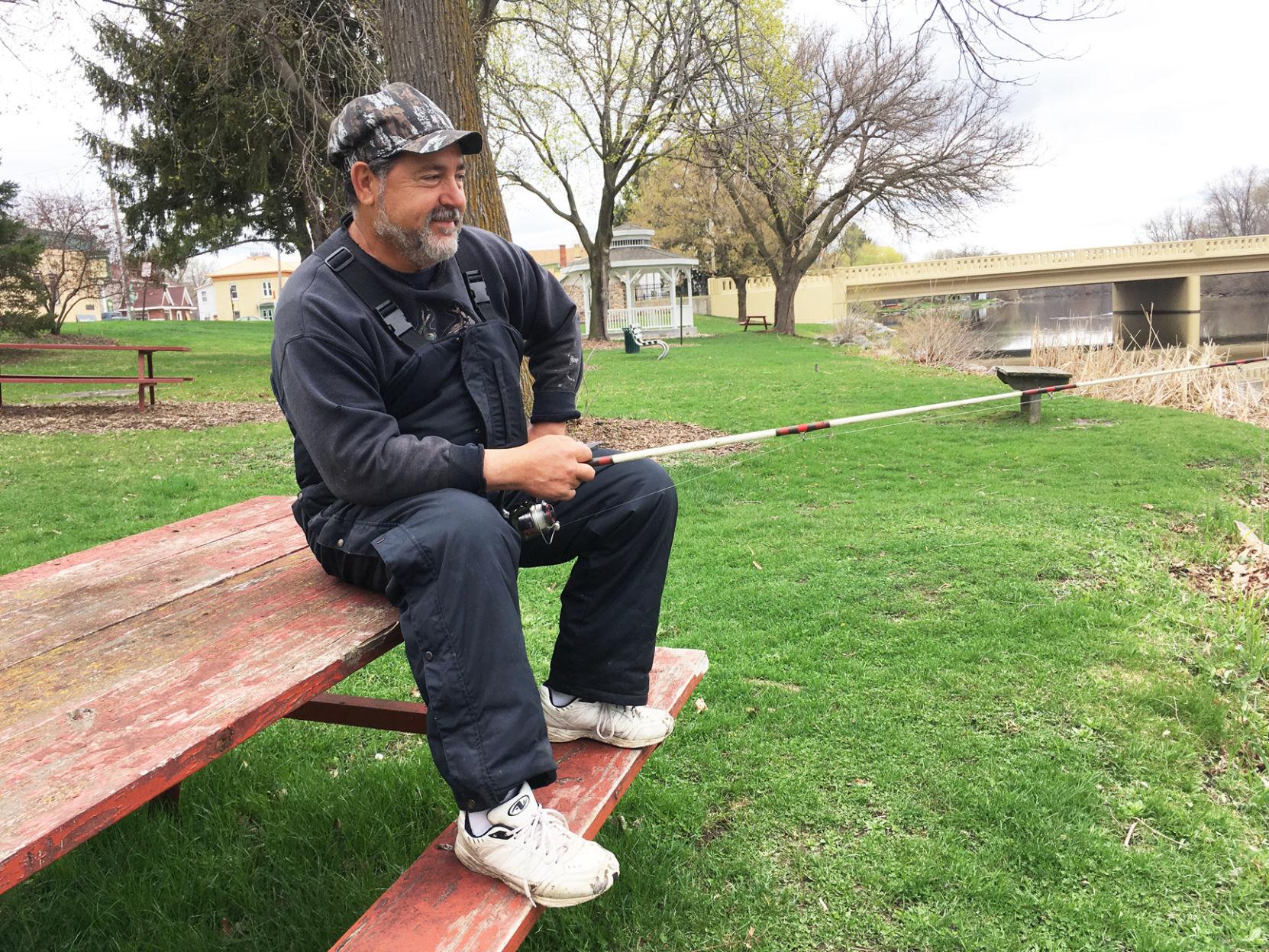 Ivan Santos of Racine finds a comfortable spot on a picnic bench Sunday while fishing in the Fox River near Downtown Rochester on a day when temperatures reached into the 50s amid cloudy skies.

The pause comes after six people who got the shot reported a rare but severe type of blood clot, out of 6.8 million doses — fewer than one case per 1 million — given nationally, federal health officials said.

The Wisconsin Department of Health Services told all vaccinators in the state to stop administering the injection, and Public Health Madison and Dane County said it will also follow the recommendations from the Centers for Disease Control and Prevention and the Food and Drug Administration until further direction is provided.

The city-county agency said those with appointments to get the J&J vaccine this week at the Alliant Center will be contacted to reschedule their vaccine appointments.

Public Health says anyone who received the J&J vaccine should monitor for severe headache, abdominal pain, leg pain or shortness of breath for three weeks after receiving the vaccine, and if affected, contact a health care provider.

The symptoms appear to be extremely rare, the agency said. All six cases occurred among women between the ages of 18 and 48, and symptoms occurred 6 to 13 days after vaccination, federal health officials said.

“For residents who have received the Johnson & Johnson vaccine, be in contact with your health care provider if you have a severe headache or new vision problems during the first two weeks after receiving the vaccine,” Dr. Ryan Westergaard, chief medical officer for the state Department of Health Services, said in a statement.

Public Health was not aware of any reports in Dane County of adverse events following the administration of the J&J vaccine.

Statewide, it is so far the least-administered vaccine, accounting for about 160,000 of more than 3.5 million doses given as of Monday.

Darnisha Garbade, center, talks with others Monday at Echo Park in Burlington after a news conference to discuss a Department of Public Instruction report on racial discrimination in the Burlington Area School District.

BURLINGTON — School board members say they are ready to work on addressing racism highlighted in a new state report that found a “racially hostile environment” in the Burlington Area School District.

Members of the Burlington School Board are responding to the critical state assessment by offering assurances that they will take action to correct problems identified by the state.

School Board President Rosanne Hahn expressed regret while discussing the matter Monday night during a regular school board meeting.

“We respect the decision, regret the impact on students and families, and will fully comply with all of the corrective actions outlined in the report,” Hahn said while reading a prepared statement.

The school board took no other action on the matter.

Board member Peter Turke later said he, too, is committed to doing the work necessary to fix the atmosphere of racial hostilities that state investigators documented in their report released Friday.

“There is more work to be done,” Turke said. “We’ve made some steps, but we have more to do.”

The state Department of Public Instruction has given school officials 30 days to present a plan for addressing the school district’s environment of racial harassment and other misconduct among students.

In response to a discrimination complaint filed by African-American parent Darnisha Garbade, state officials reported that school administrators had failed to properly investigate such complaints, had failed to discipline students equitably, and had failed to deal with underlying issues that contributed to hostilities toward Black students and other minorities.

The state’s 33-page report detailed 19 incidents of racial harassment and bullying in the schools between 2016 and 2020, including instances when students used racial slurs. The state concluded that school officials had allowed a “racially hostile environment” to go uncorrected.

“Certain individual allegations were addressed,” the report stated, “but there was no formal investigation into the global environment of racial harassment.”

School Superintendent Stephen Plank issued a statement expressing regret, too, and promised to address the situation so that the district can move into “a new era.”

In her statement Monday night, Hahn said the school board wanted to acknowledge the state’s report, which had gone public just hours before the board convened for a regularly scheduled meeting.

“We know that there is work to do,” Hahn said. “We will continue to work and collaborate with district and community members.”

Turke said he has full confidence in the school district’s administration and elected leadership to deal with the situation. He said he would not discuss where responsibility lies for the problems cited by the state.

“I’d like to focus on what we could do to get better,” he said.