Several years after Microsoft began retreating from the smartphone market, the company now appears to be trying to break back in.

Microsoft teased a new phone at its annual Surface press event on Wednesday. The new device, called the Surface Duo, is foldable with two 5.6-inch displays side by side and works with Android.

In an unusual move, however, Microsoft teased the product well before it's expected to hit the market. The Surface Duo will launch in the 2020 holiday season, more than a year from now, according to the company.

Over the years, Microsoft has suffered a number of high-profile hardware missteps, including a massive $7.6 billion writedown of its acquisition of Nokia's handset business.

Conversely, it's thrived recently in large part by focusing not on consumers, but enterprise customers. Under CEO Satya Nadella, the company has made a successful years-long bet on cloud computing, positioning it as one of the two dominant players in this fast-growing market along with Amazon.

But Wednesday's press event highlighted that Microsoft isn't giving up on hardware either, both for consumers — with multiple new products including the phone — and business customers.

In addition to the Duo, Microsoft teased a new dual-screen device called the Surface Neo that also won't be available until next holiday season. The device combines two 9-inch screens and folds inward. You can flip it, reverse it and surf Netflix. It's also possible to expand a single app across the two screens or use two apps at the same time.

"Neo is not only the next new Surface, it's the next category," Panay said.

The product may remind longtime Microsoft watchers of the Courier, a two-screen tablet concept that pre-dated the iPad. Former CEO Steve Ballmer famously killed that device.

Microsoft also took direct aim at Apple with the launch of its new Surface Earbuds, wireless earbuds that are clearly intended as a rival offering to Apple's AirPods. Earbuds will work with some Microsoft Office products, such as allowing you to access your Outlook calendar and email, and boast a full day of battery life, according to the company.

The product will be available later this year for $249, compared to the $199 Apple charges for AirPods with a wireless charging case.

Beyond these products, Microsoft refreshed its hardware lineup with the introduction of the Surface Pro 7, an updated tablet with USB-C and deeper integration with Microsoft Office, and the Surface Pro X, a laptop and tablet hybrid with a new processor, 4K video and an edge-to-edge display.

Microsoft said the Surface Pro X is the first Windows PC to have an integrated AI engine, which will correct a video call and bring the eye gaze up so if you're talking to someone on a call, they appear to be making eye contact.

Microsoft is also expanding its hardware lineup with the Surface Laptop 3, a new laptop that instantly turns on when you open it and comes in an aluminum finish that's the color of "sandstone." 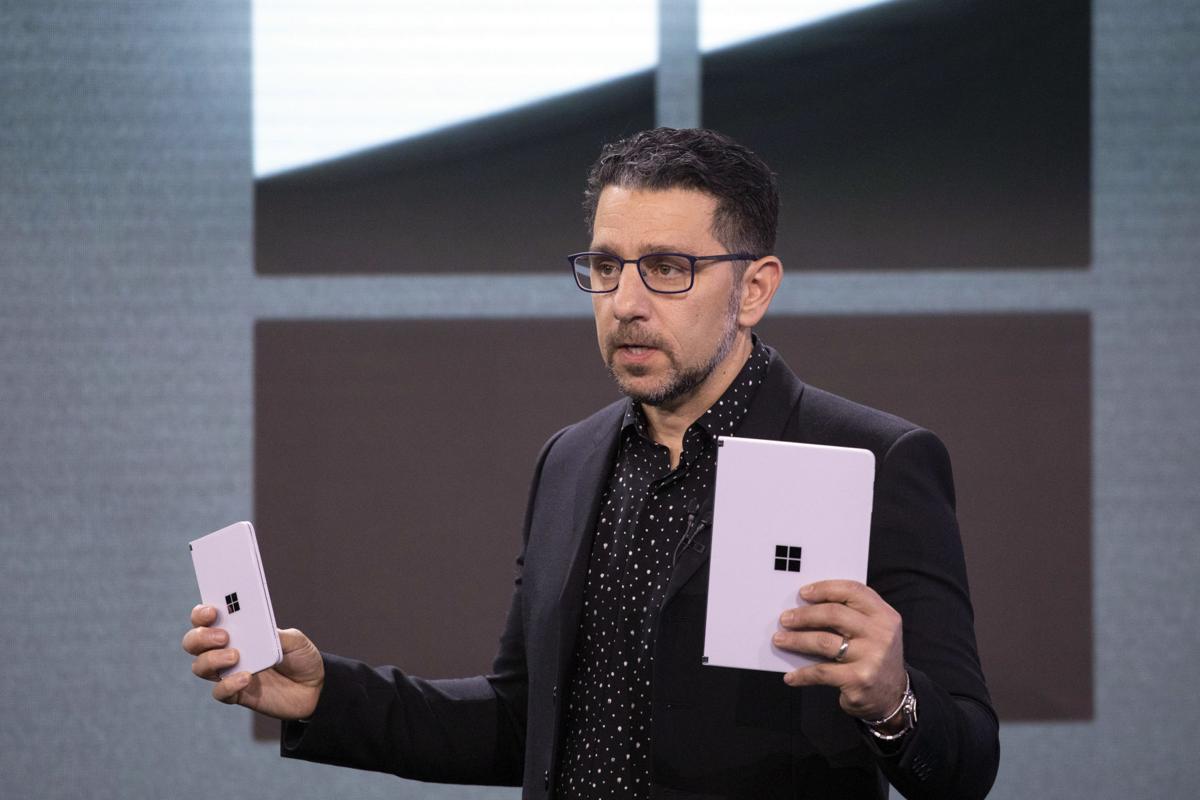 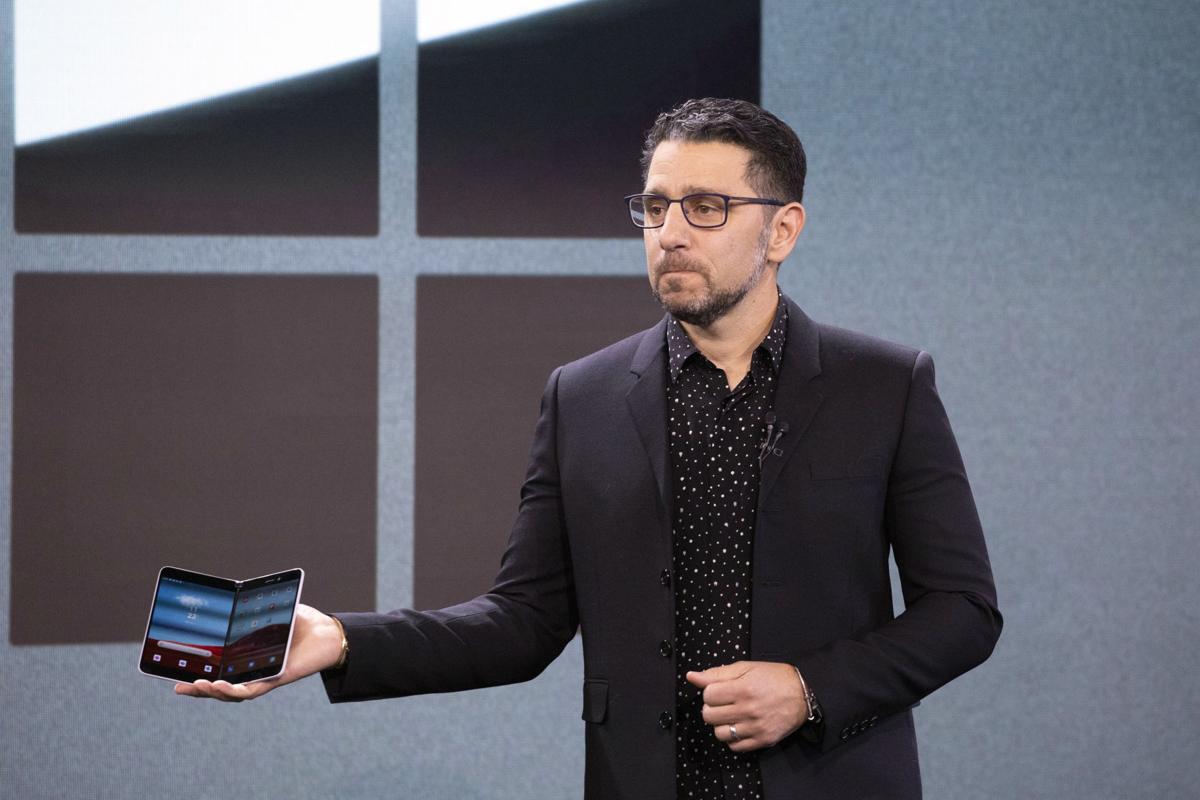 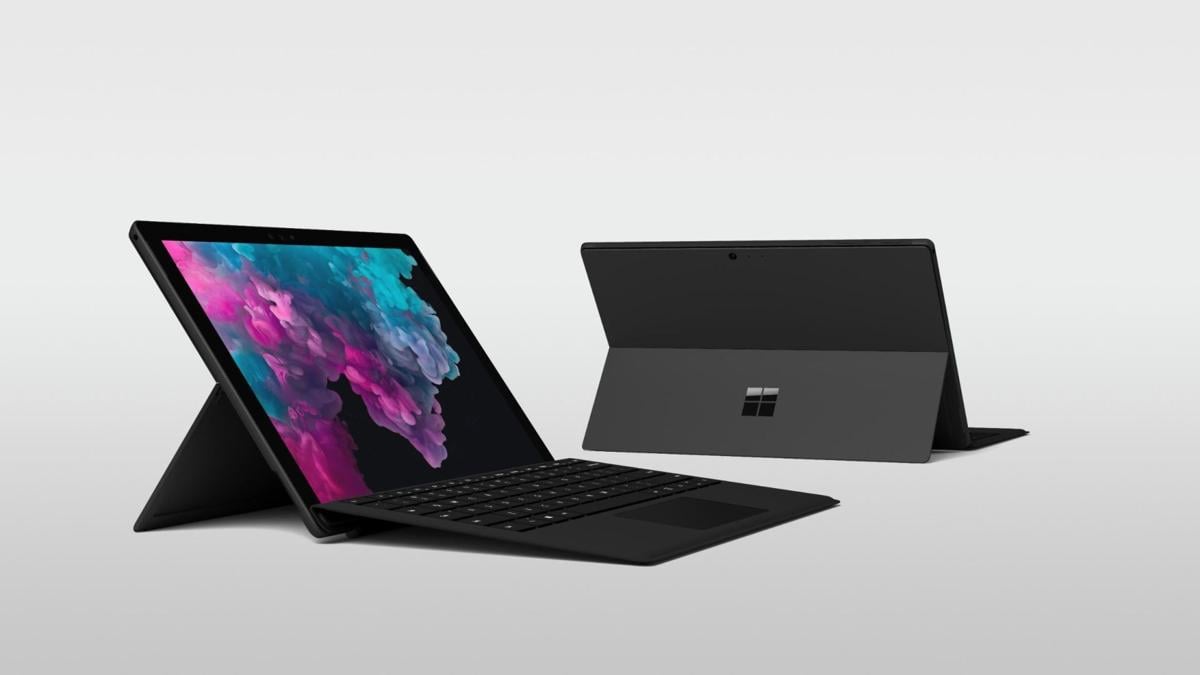 Microsoft is set to show off new products at its annual Surface event, including a refreshed Surface Pro, a foldable device and a smart speaker.