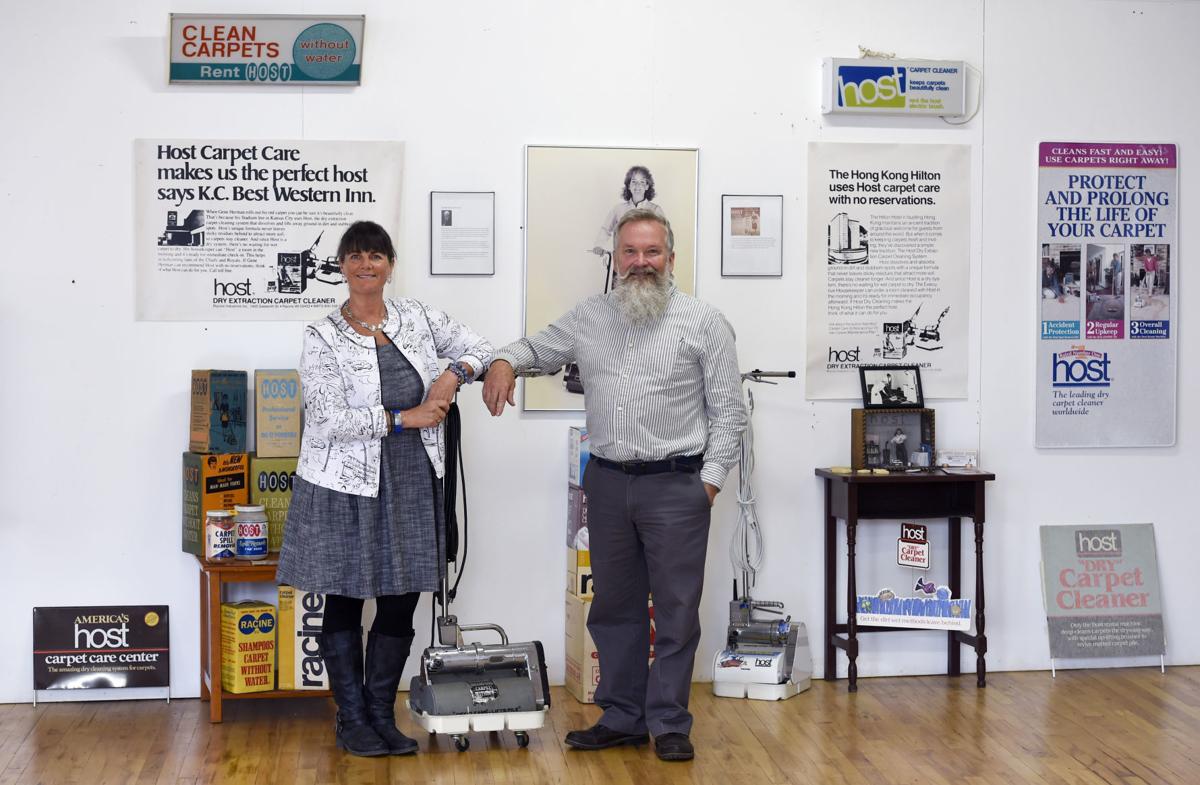 Emily and Arthur Montgomery are shown inside the Racine Business Center’s Spirit of Racine Entrepreneurs Exhibit, a museum dedicated to Racine business history. 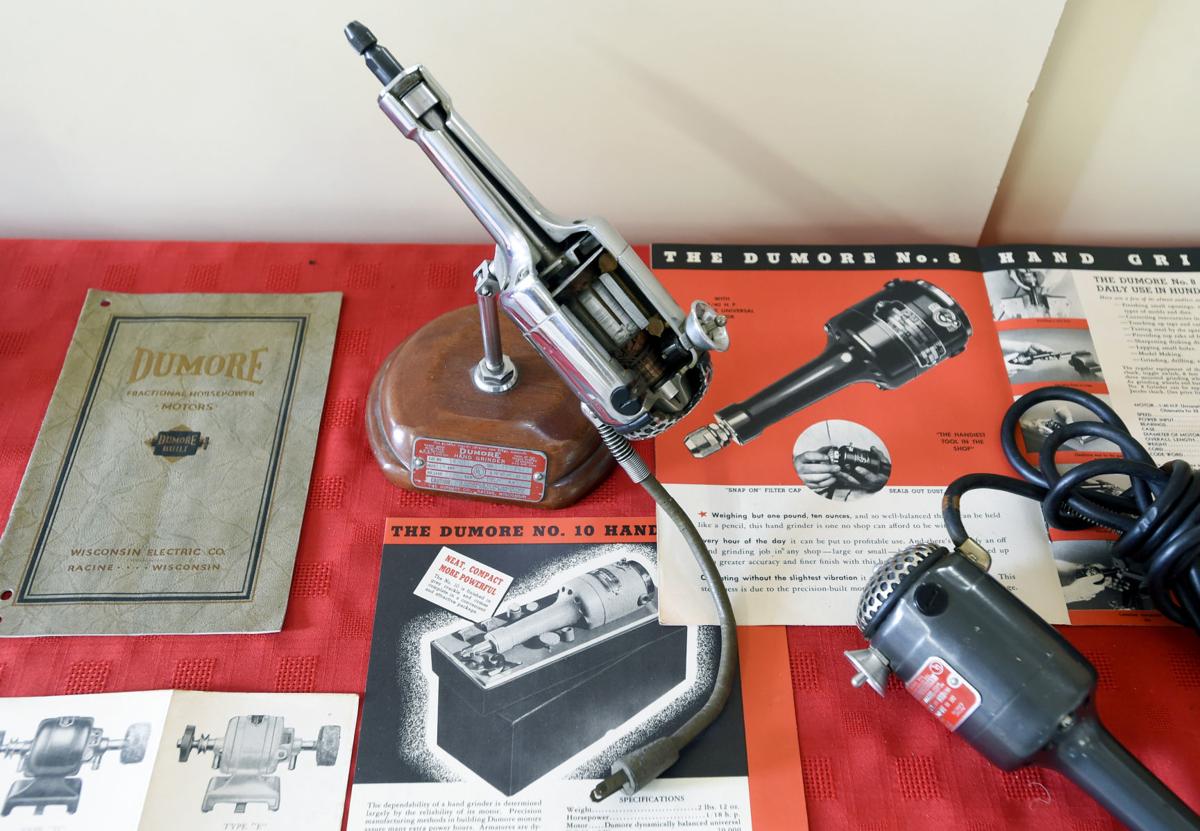 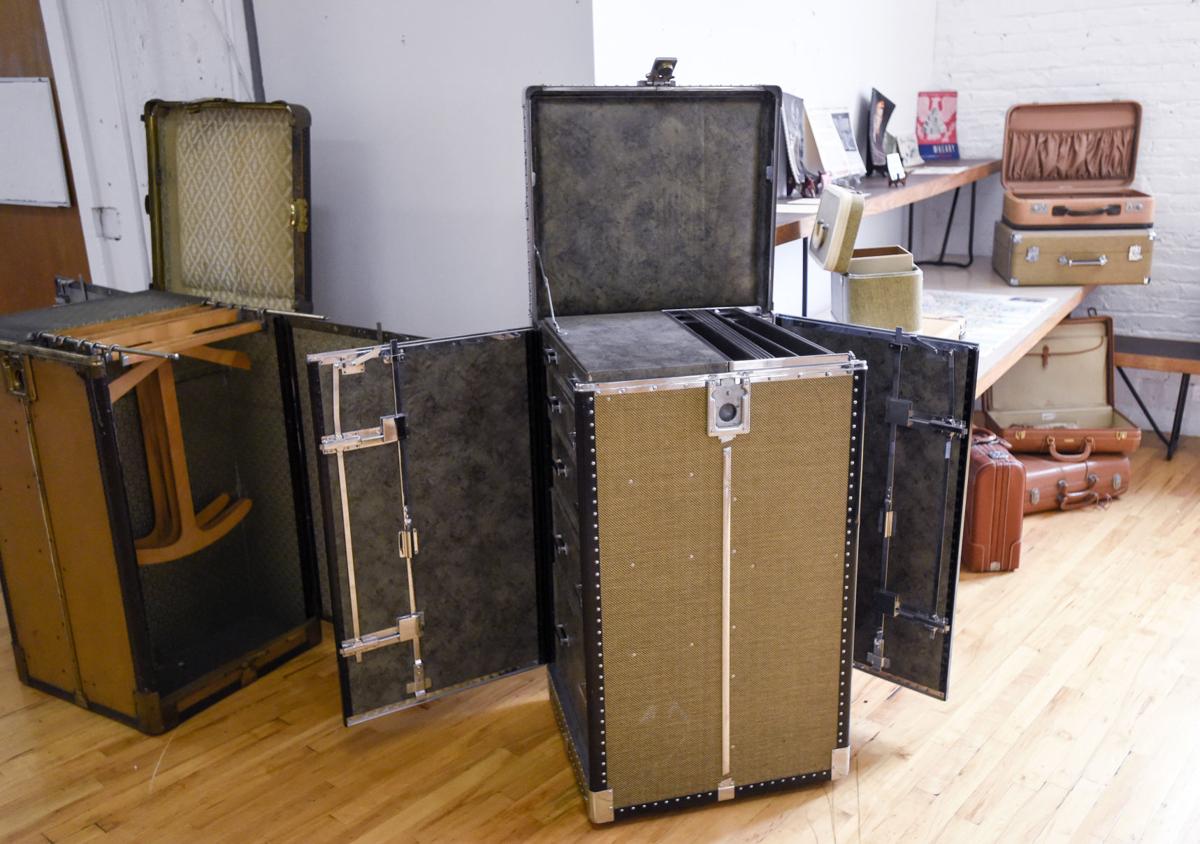 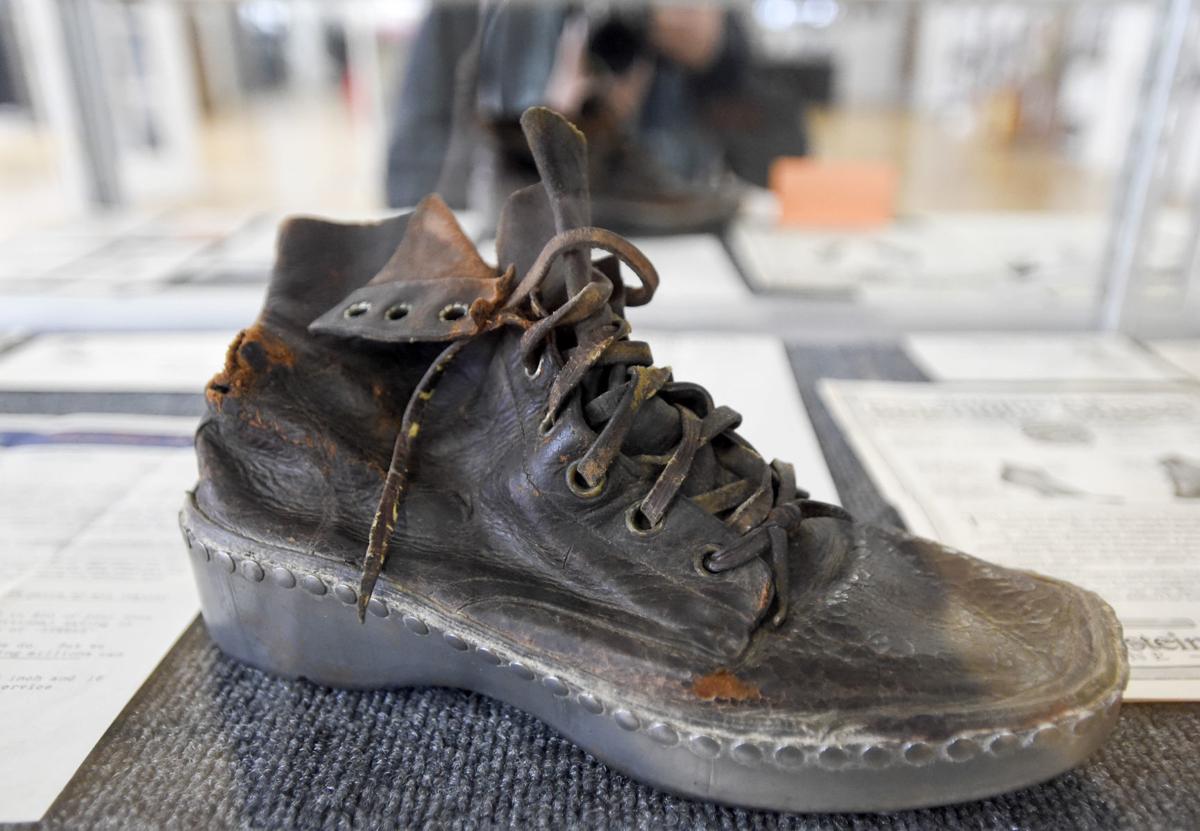 RACINE — Racine has a rich history of manufacturing, and one building in particular, the Racine Business Center, is emblematic of that history.

The massive building dates back to about the end of the Civil War as a manufacturing building. But it has spent the last 102 years, since 1916, as a business incubator, and is said to be the nation’s first business incubator.

The block-long building at 1405 16th St. is an amazing testament to how factories were built in the latter 1800s and early 1900s. The original section was built in 1865 by Racine Wagon & Carriage Co. to manufacture a full line of spring vehicles and farm wagons. That building was expanded several times through 1905.

“They kept adding on,” said Emily Montgomery, whose family owns the 540,000-square-foot structure. “You can see where you’re going from building to building, where they just toenailed on.”

The post-and-beam building was built with high ceilings and large windows, “Because they needed all that natural light,” and in the building’s infancy, electricity was not widely available, said Art Montgomery, Emily’s husband and the building’s manager.

About a half-century after its original construction, businesses were starting to rent space in what was then called the Sattley Building. In 1916 it was renamed Racine Industrial Plant as an official business incubator.

One of its first and most famous tenants was Arthur B. Modine, who founded Modine Manufacturing Co. there in 1916 when he patented the Spirex radiator for tractors. He eventually outgrew the Racine Industrial Plant, and by 1941 he had built his own factory and wind tunnel right next door, at 1500 DeKoven Ave. It’s still Modine’s world headquarters.

Emily said her grandfather H.D. Rench had been an entrepreneur in the building in 1936. He owned Ideal Tub Co., which made Powderine, a cleaner that eventually became Host Dry Extraction Carpet Cleaner.

By 1944 the building was falling into disrepair, Emily said, so Rench bought it with Fran von Schrader of von Schrader Manufacturing. They immediately started upgrading it.

“(Rench) wanted to make sure there would be affordable space for entrepreneurs,” Emily said.

The Montgomerys talked while sitting in the building’s Spirit of Racine Entrepreneurs Exhibit, a small museum within the building. At one point a loud rumble overhead moved across the ceiling. The building is full of steel-plated floors, and a pallet truck was being moved along one of them.

“We call that rolling thunder,” Emily remarked, “because that’s what it sounds like.”

She added, “These floors are so thick, nothing’s coming through.”

By 1995, a community of artists had begun forming inside Racine Business Center, attracted in part by its exposed brick and beams and large windows. “Once a community has been established,” Emily said, “people want to join in.”

Since I started writing this column almost eighteen years ago, a lot has changed in the world but believe it or not, my original article on U.…

Sue Gracyalny, who owns the Depot Tavern and Restaurant on Highway G alongside her husband, Mark, helped get the Canadian Pacific Holiday Train to make a stop near her side of the tracks in Caledonia to get the community to raise money and food.

Emily and Arthur Montgomery are shown inside the Racine Business Center’s Spirit of Racine Entrepreneurs Exhibit, a museum dedicated to Racine business history.