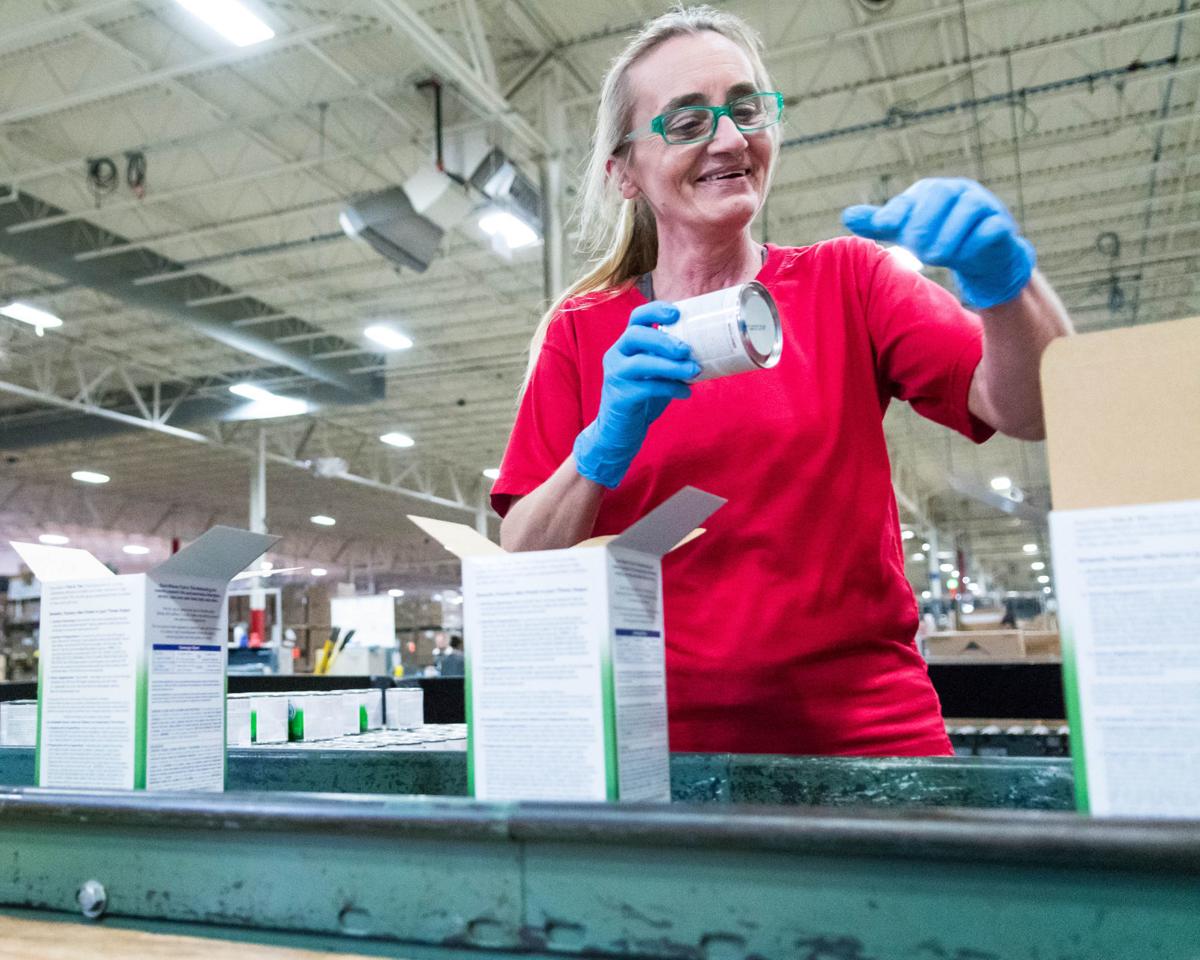 Goodwill Industries of Southeastern Wisconsin has an agreement to sell its contract manufacturing assembly and packaging business to Jonco Industries of Milwaukee, effective Sunday. 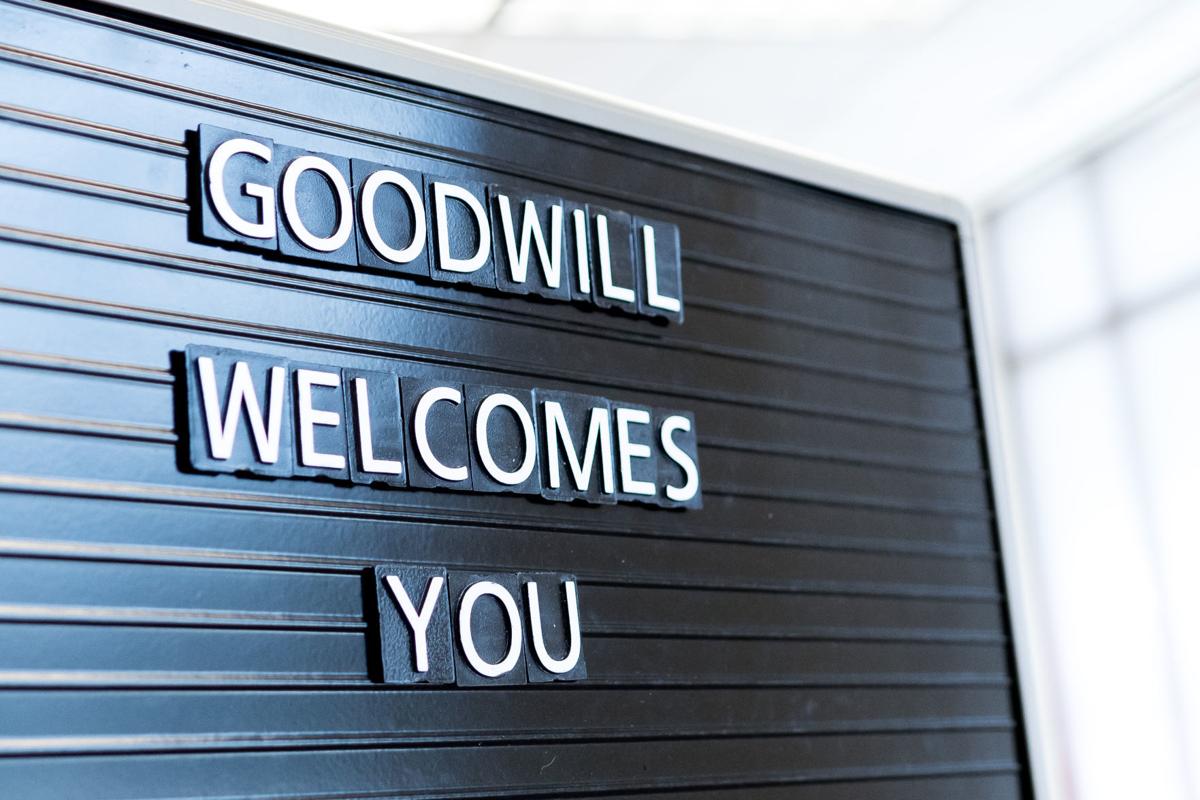 Goodwill is pushing harder into retail and e-commerce, including its simulation lab for people with disabilities. The lab is designed to help participants prepare for e-commerce jobs.

RACINE COUNTY — In early 2017, Goodwill Industries of Southeastern Wisconsin had plans to expand its contract assembly and packaging business, thereby adding 100 to perhaps 150 jobs within the next few years.

That plan has changed with the imminent sale of the business.

But Goodwill says it is building programs designed to employ people in e-commerce jobs and has “aggressive” expansion plans for its retail operations — moves it says should bring the promised job growth in different ways.

Goodwill is a nonprofit community organization governed by a volunteer board of directors. It provides “training, employment and supportive services for people with disabilities or disadvantages who seek greater independence,” its website states.

It also has 65 support staffers at the Racine County Workforce Development Center, 1717 Taylor Ave., and eight employees working at Waxdale.

“We have aggressive expansion plans for our Racine-area retail operations,” Goodwill Chief Marketing Officer Pat Boelter said this week. “We will be opening a Goodwill Outlet Store, the first of its kind in our territory, at our facility (at 1630) Enterprise Drive in June.”

That store would sell goods that go unsold in Goodwill’s regular retail stores, Boelter explained. All items would be sold by the pound, including clothing and furniture.

The store would create 20 new jobs, she said, and Goodwill is working with the Racine Transitional Jobs program and Wisconsin Department of Vocational Rehabilitation to recruit the workforce.

The Enterprise Drive location will also house Goodwill’s retail headquarters, which will relocate from 21st Street. That operation, which employs 132 people, includes logistics, transportation and secondary markets, Boelter said. The headquarters is Goodwill’s second-largest such operation in the country, she said.

Moving retail support from 21st Street will allow Goodwill to expand its programming in e-commerce jobs, Boelter said. The organization already has an online sales operation based there, and soon it will have room to expand.

“We have seen great success in our first year of operation in both (e-commerce) revenue and new jobs,” Boelter said. “We currently sell some books and jewelry online, which gives us an online presence and maximizes the value of these donations, so that more margin is available to invest in our mission programs and services.”

Goodwill expects to double its e-commerce workforce this year from 30 to 60 employees and increase revenue tenfold, Boelter said, “with exponential growth for the foreseeable future, given the shift from ‘bricks and mortar’ to online sales.”

The organization has also embarked on other efforts in the e-commerce world, including working to design and pilot a Supply Chain Academy “to meet the growing e-commerce needs of not only Goodwill, but other employers in the area,” Boelter said. The academy will also be housed in the Enterprise Drive building.

One part of Goodwill’s push to prepare people to work in e-commerce is a simulation lab, also at the Enterprise Drive location, to train people with disabilities for jobs at “a large global e-commerce company in Kenosha County,” Boelter said. Goodwill’s partners in that endeavor will include DVR, Racine Unified School District and other nonprofits.

“We have aggressive expansion plans for our Racine-area retail operations.”

Goodwill Industries is selling its manufacturing assembly and packaging business. Page A5.

Save money on holiday shopping with these simple tips

Save money on holiday shopping with these simple tips

Goodwill Industries of Southeastern Wisconsin has an agreement to sell its contract manufacturing assembly and packaging business to Jonco Industries of Milwaukee, effective Sunday.

Goodwill is pushing harder into retail and e-commerce, including its simulation lab for people with disabilities. The lab is designed to help participants prepare for e-commerce jobs.