RACINE — The former Gold Medal Camp Furniture Manufacturing Co. building at 1700 Packard Ave. is brimming with activity these days, top to bottom, as the three-story structure is transformed into housing.

Work started in June on the $18 million project to create Gold Medal Lofts, to consist of 77 workforce apartments.

The developer, J. Jeffers & Co., also bought 1701 Packard Ave., the adjacent former Gold Medal factory that is connected to the other by a catwalk. That building is planned to also be converted to housing in a second phase; that property serves as the staging yard for the current reconstruction work.

The two 1894 buildings sit at Uptown’s southern edge and immediately north of Southside Industrial Park. The first building has about 90,000 square feet of floor space. The 1701 building is smaller, at about 30,000 square feet.

However, the smaller building sits on a larger land parcel and would lend itself to new construction as well as redevelopment of the existing building, company President Joshua Jeffers said earlier.

“Historic preservation is a wonderful thing, but it’s always great when we can combine it with some new construction, some new investment as well,” he said.

The Jeffers redevelopment will, in large part, preserve and restore the two historic buildings, Jeffers has said. Mayor Cory Mason has said both that the buildings are worth preserving and that the project will help stabilize and revitalize Uptown.

Jeffers said previously that about half of what his company does is historic preservation and adaptive reuse, something for which he has a passion. He said the project will take advantage of and preserve the structures’ Cream City brick walls, high ceilings, old-growth timbers and skywalk which connects the two buildings.

On average, about 50 tradespeople per day are currently at work on the reconstruction, estimated Damon Decorah, the project superintendent for Greenfire Management Services, the construction management company overseeing the project.

The project is expected to take 12 months, and Decorah said it is on schedule. However, as of last August, Jeffers was hoping to start construction in March and finish this year.

In a highly competitive process, Wisconsin Housing and Economic Development Authority awarded the Gold Medal Flats project a total of about $5.8 million in tax credits over 10 years; the result is that 65 of the 77 apartments will be considered “affordable,” with rents based on 60 percent, 50 percent and 30 percent of median county income; and 12 will be at market rate.

The city also is providing a financial stake to help spur the Gold Medal Flats project. To incentivize the development of workforce housing, the city is providing a $720,000 low-interest loan, funded by community development block grants within the city’s multifamily revolving loan program. The funds will be used for property acquisition.

J. Jeffers is partnering with Lutheran Social Services to ensure that the needs of the community are met with the development. Tenant management is planned through Horizon Management Services.

Gold Medal Camp Furniture was formed in 1890, somewhere on 13th Street, before constructing its Packard Avenue factory. It began by manufacturing camping furniture including a cot that was standard issue for the U.S. Army, Navy and National Guard. Later Gold Medal would also sell its iconic canvas-seat director chairs to Hollywood.

The plant had its own lumber yard on site and at one point employed well over 100 people, mostly skilled labor. The company manufactured there until 1987 when the manufacturing was moved to a plant in Baxter, Tenn.

The company was sold in 1989, but Gold Medal chairs are still being manufactured.

Looking back at Racine's former theaters

Former Marc Cinema I and II

RACINE — Two Racine landmarks may be added to the National Register of Historic Places. 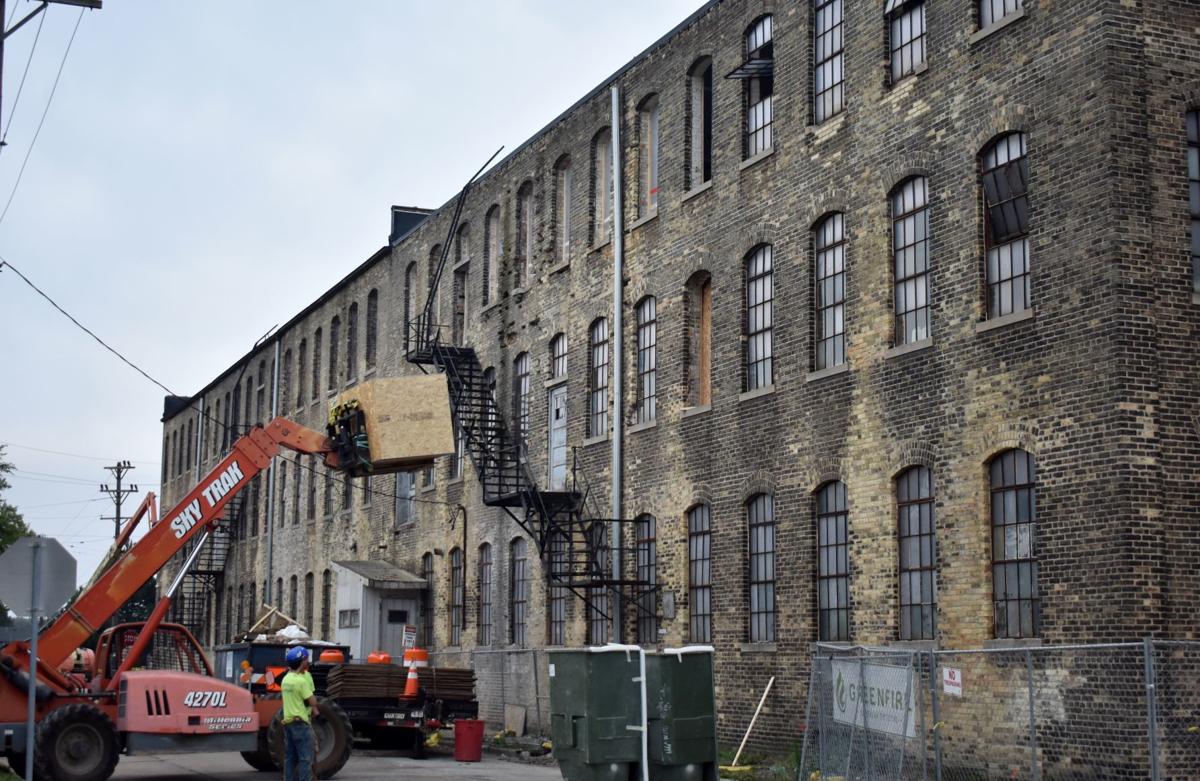 On Tuesday, workers at the future Gold Medal Lofts, 1700 Packard Ave., were lifting tub-shower units and placing them inside the building's third floor. 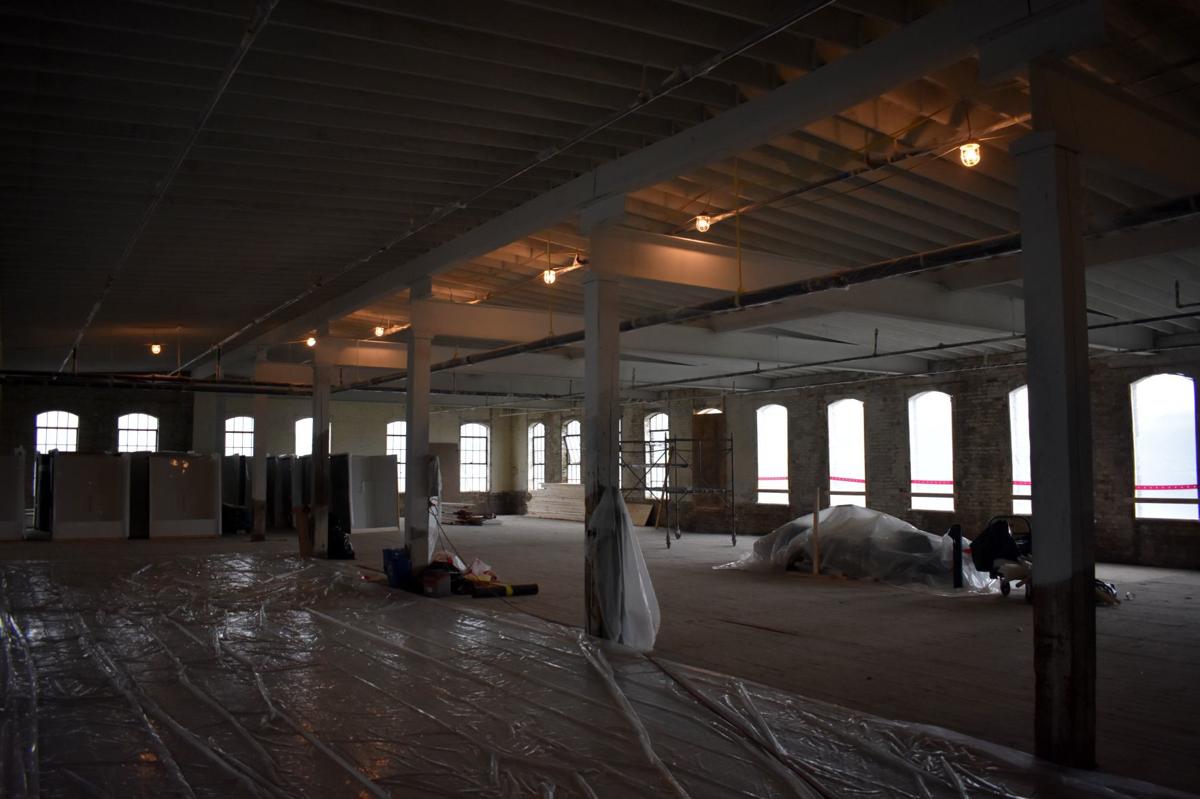 Inside the third floor of the future Gold Medal Lofts apartments at 1700 Packard Ave., tub-shower units can be seen at left in the background. The building is the former Gold Medal Camp Furniture Manufacturing Co. 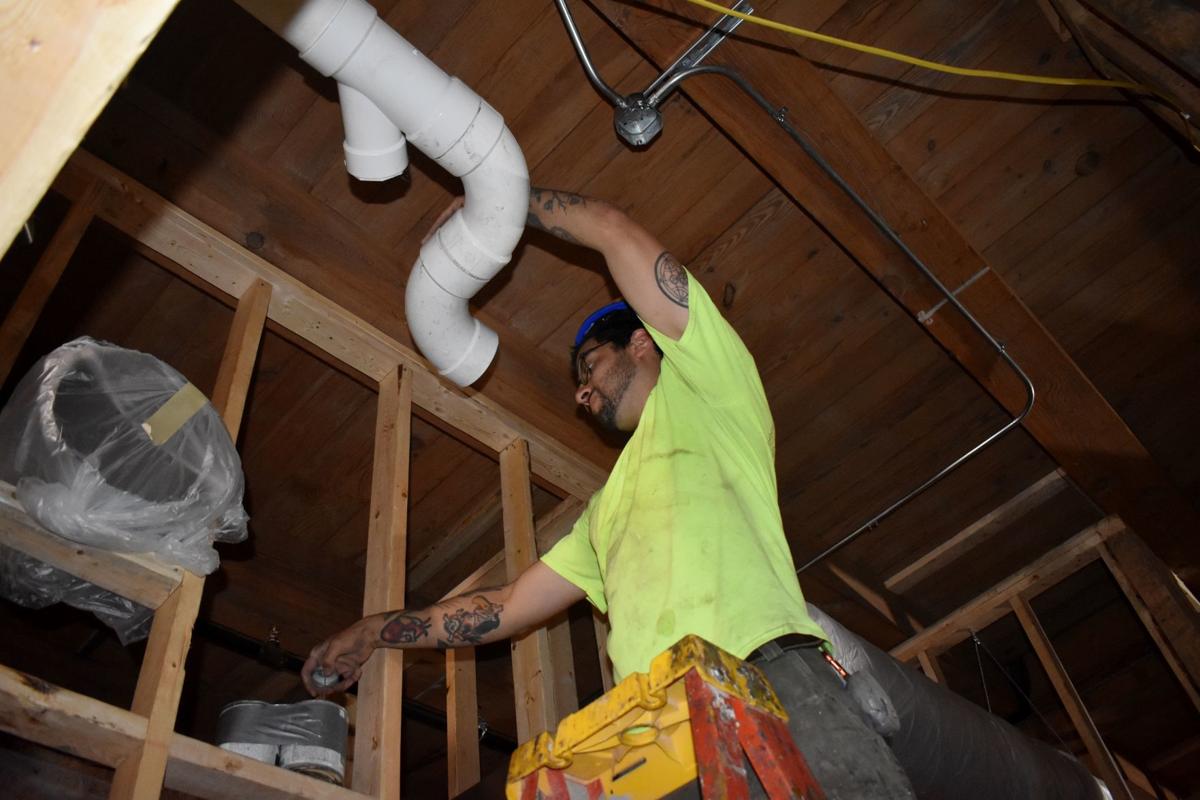 Cristian Rodriguez of Horner Plumbing, Pewaukee, installs a drain system for a bathroom group inside the former Gold Medal Camp Furniture Manufacturing Co., 1700 Packard Ave. The building is being transformed into 77 apartments. 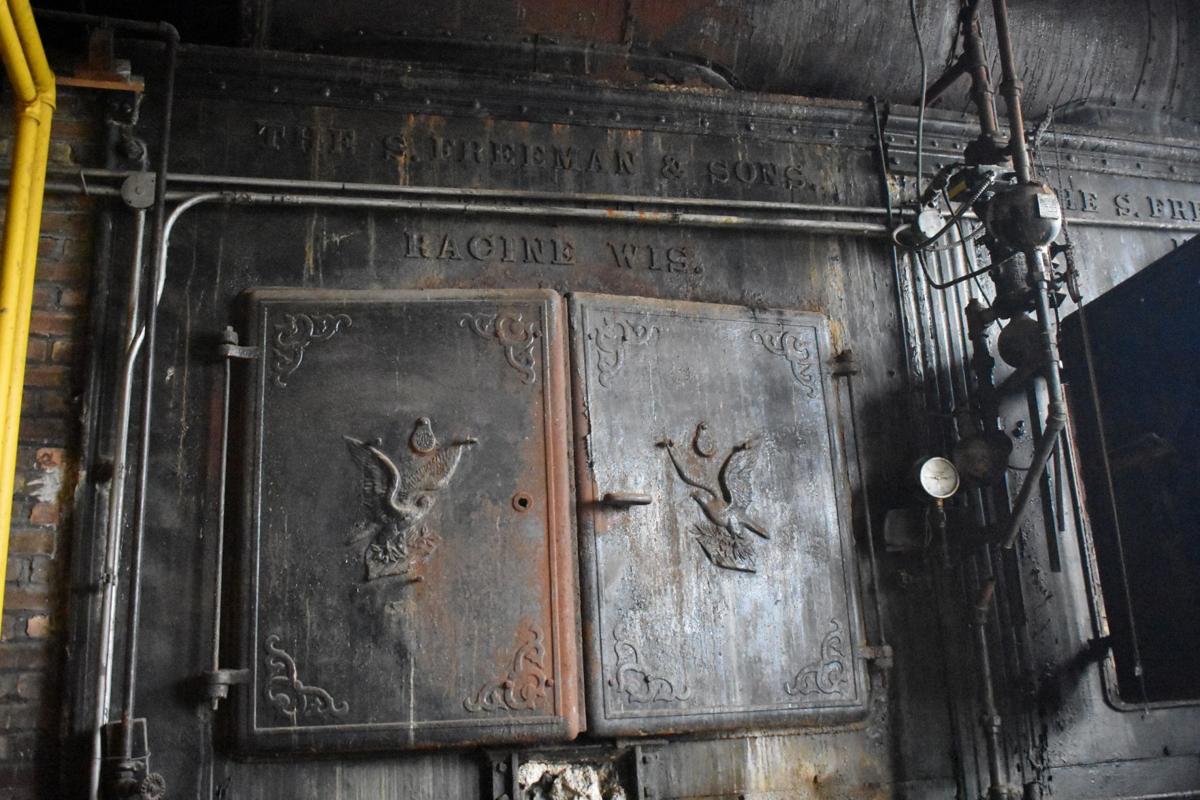 Two of the double boiler doors at 1700 Packard Ave., the former Gold Medal Camp Furniture Manufacturing Co. The lettering on the boiler says it was made by S. Freeman & Sons of Racine.