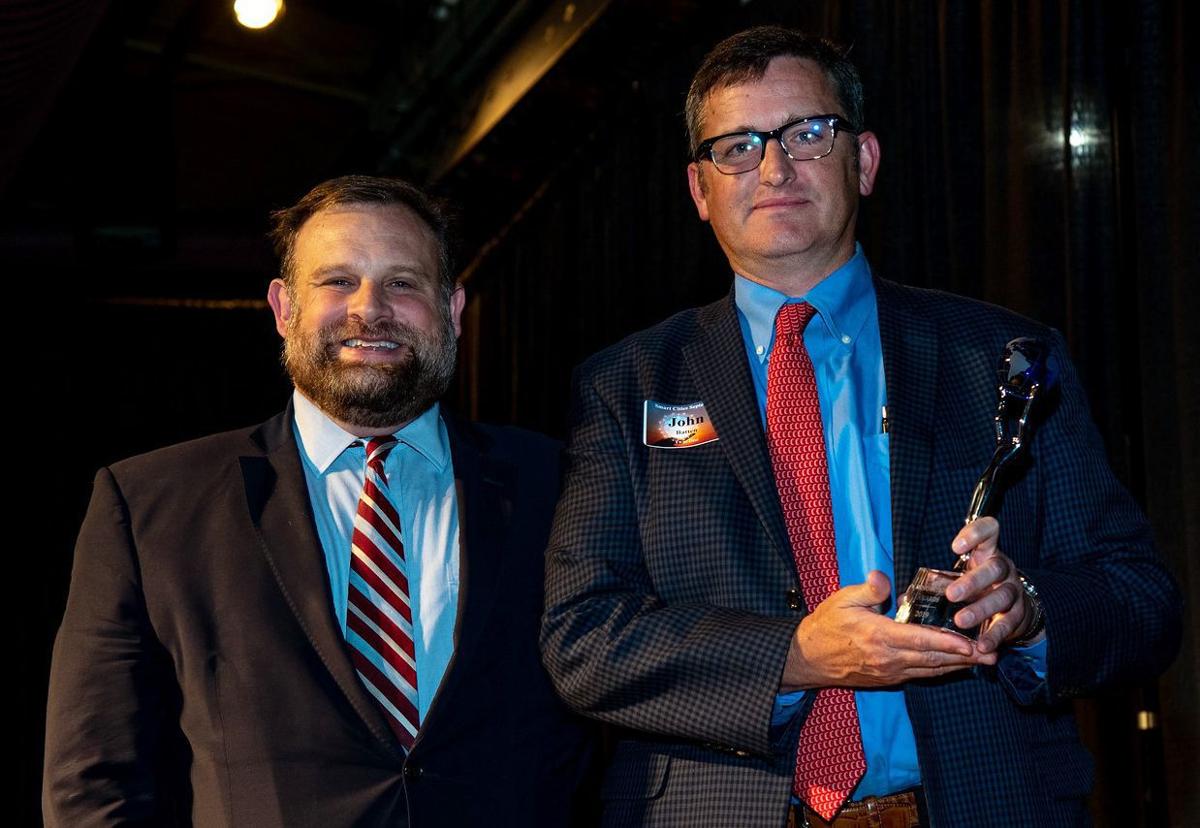 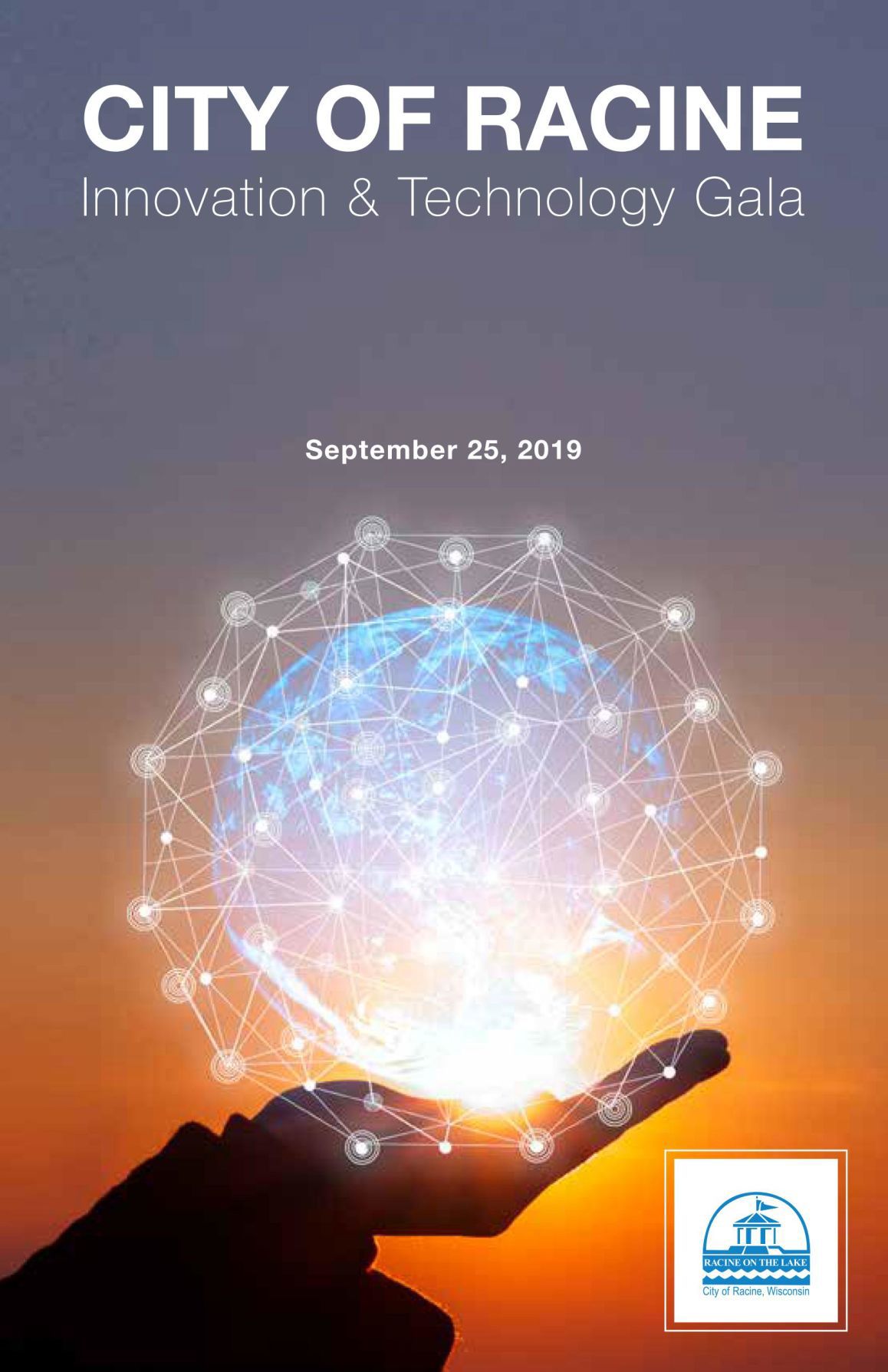 The booklet cover from the first Racine Innovation & Technology Gala.

RACINE — Local companies as longstanding as Twin Disc and as budding as DesignsTouch were honored for their innovations Wednesday evening at the Racine Innovation & Technology Gala, the third event in the Smart Cities September Series.

The series consisted of three events designed to educate Racine residents and businesses about how smart cities initiatives can improve the quality of life in the community and help them compete more effectively in the global economy.

“Tonight’s Innovation & Technology Gala was born out of our pride for our history of innovation and our recognition that our residents and businesses continue to be every bit as creative as the inventors and innovators of a century ago,” Mayor Cory Mason said during Wednesday’s event.

“We know the names of Racine’s innovators of yesterday,” he added. “Tonight, we celebrate those who have continued the legacy of ‘Invention City.’”

According to Martin, the city researched other innovation awards programs internationally and designed its own based on that research. An online nomination form was developed that allowed people to nominate their own company or another for the honor.

To be considered for an Innovation Award, a company had to:

The nominations were judged by Martin who “provided a thorough review of all entries” and reviewed completed nominations with Mason and also obtained input from other public officials and private-sector Racine Smart Cities partners.

The gala was funded through public- and private-sector sponsors, exhibitors and ticket sales.

Twin Disc, headquartered at 1328 Racine St., was recognized for its longevity, having reached the century mark in 2018. From the podium, Batten pointed out how rare a feat that is: Less than 1% of companies last 100 years or more, he said — and the Racine area has seven of them, he said. That shows how special is the foundation of innovation that this community was built upon, he said.

Mason said InSinkErator, based at 1250 International Drive, “is a prime example of the continuing arc of innovation in Racine.

“Not only was the first garbage disposal invented and manufactured here, InSinkErator has continued to innovate, today holding over 400 patents and counting,” he said. And its main innovation, the kitchen garbage disposer, is an important part of the solution to extending the life of the local landfill.

About Andis Co., based at 1800 Renaissance Blvd., Mason said, “Andis Company is another example of a Racine company that began innovating nearly a century ago, and has never stopped.

“What began locally as a company with an innovative hair clipper for people has now become a global business with product sales to barbers and salon professionals, consumers, hotels, motels, resorts, small animal groomers and large animal groomers and shearers in more than 90 countries,” he said.

In 2017 DesignsTouch, 201 Sixth St., launched the OurHometownApp for small and mid-size communities. “Downtown Racine Corp. and the City of Racine are among the organizations and communities that have benefited from the company’s innovative product development,” Mason said.

The final Innovation Award went to Cree Lighting, 9201 Washington Ave., a major manufacturer and designer of LED lighting products. Cree has more than 700,000 square feet in facilities and 950 employees in Racine County alone, Mason said, and holds more than 1,900 U.S. and international patents.

How to decide whether to get a debit or credit card

How to decide whether to get a debit or credit card

Wealthiest 10% Own 89% of All Stocks in the United States

Wealthiest 10% Own 89% of All Stocks in the United States

The booklet cover from the first Racine Innovation & Technology Gala.