Become a Member
Read Today's E-edition
Share This
Ten years later: A look back at the Great Recession in Racine County
0 Comments
Share this 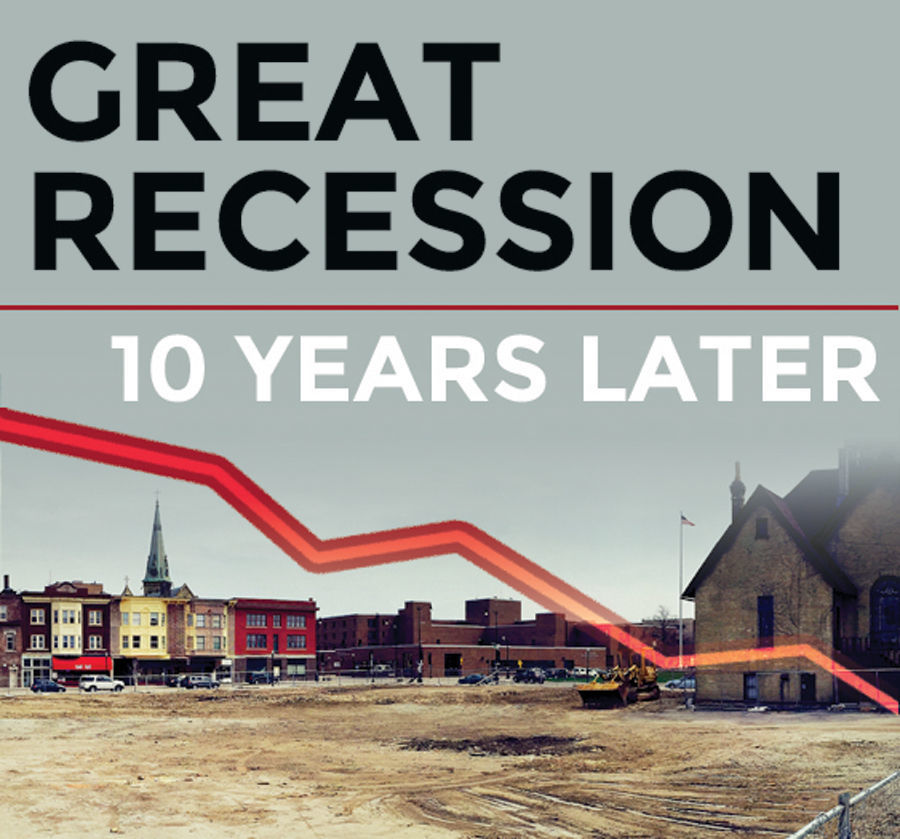 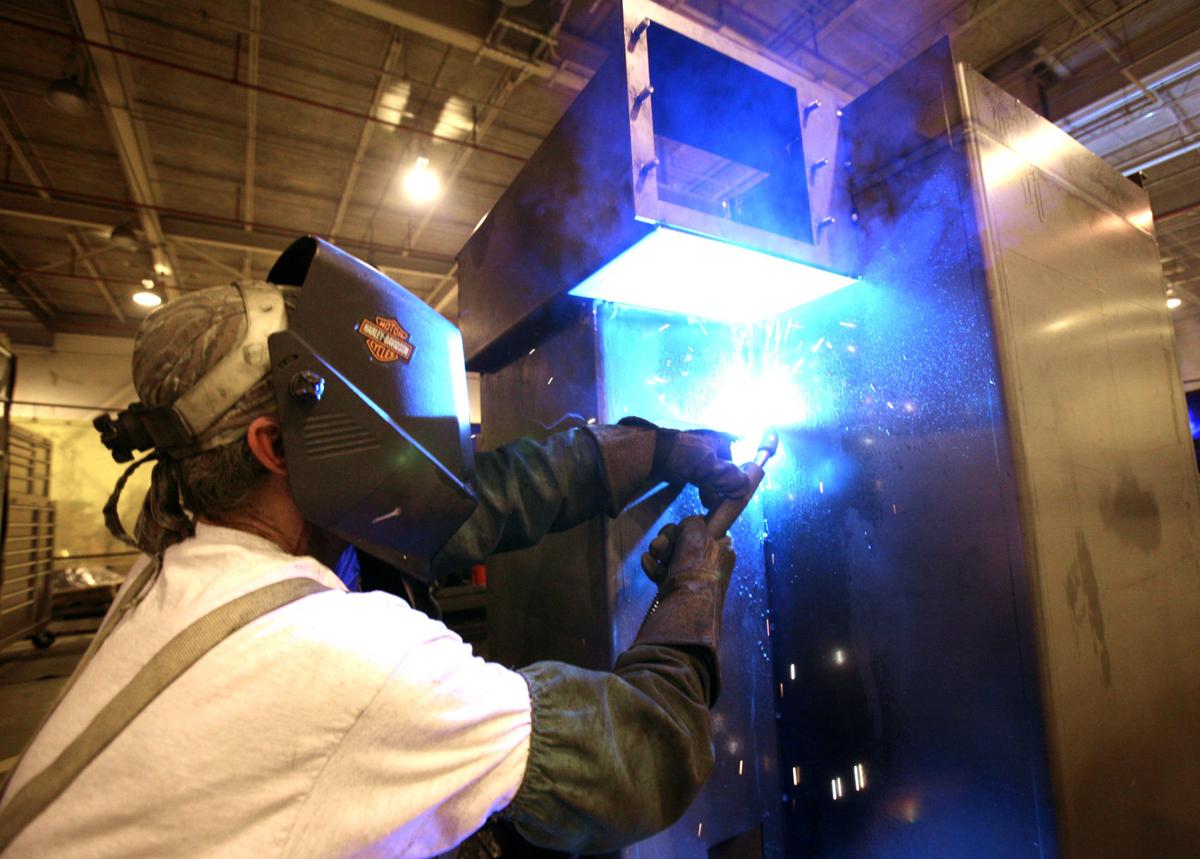 RACINE COUNTY — Judgments of just when the Great Recession began and when it pulled out of sight vary. But there’s no doubt it had gained a full head of steam in Racine County by this date 10 years ago.

For many people, the recession was a time of loss and financial, mental and emotional strain.

From 2008 to well into 2010, the economy was a landscape of dominoes, each one that tipped knocking over others in a massive, seemingly unstoppable chain reaction that left almost no part of the economy untouched.

Throughout that time, businesses here, like everywhere else in the country, were forced into making agonizing choices. Many of those decisions were savage in their impact, yanking people’s jobs out from under their feet at the worst possible time for them to go seeking other employment.

About midway through that chaotic time, in 2009, the City of Racine’s jobless rate hit 17 percent, dropped a bit, then chugged back up to 17 percent before improving a bit that fall. Countywide, at the peak, about one in every nine people was unemployed and looking for work.

During those Great Recession years, the economy dominated local news with a torrent of job layoffs, business closings, constricted business spending and deflated investments. Some businesses shrank to withered versions of their former selves, their services unwanted and unneeded when most others were slashing spending in attempts to keep their books in balance.

Discretionary spending was the first thing cut in households during the Great Recession. So, businesses that depended on nonessential spending, such as recreational products, felt the result of consumer uncertainty.

The job cuts were followed by an unusual, seven-week production shutdown.

Similarly, during about the second half of 2008, Johnson Outdoors, a designer and manufacturer of outdoor recreational products, said the recession forced it to cut 90 jobs, freeze salary and wages and suspend stock dividends as the company braces for a tough 2009. The company said the job cuts included eight positions in the company headquarters at 555 Main St.

Other companies that had large layoffs included the former Diversey (now part of Sealed Air) and Pioneer Products.

In June 2010 Diversey, a maker of sanitation products, said it would eliminate 85 manufacturing and 35 accounting jobs from its local offices and Waxdale manufacturing plant. The 120 jobs eliminated represented 15 percent of the company’s 800-person local workforce.

Earlier in the recession Pioneer Products, 1917 S. Memorial Drive, cut 40 jobs in November 2008. All of the reductions at Pioneer were production positions and permanent cuts, company President Jim Beere said at the time. In a comment that turned out to be prescient, he said, “We see this as the beginning of a deepening recession.”

In 2009, Batten International Airport’s very existence was looking shaky, thanks to the Great Recession’s impact on aviation and the private airport’s disadvantages in competing with municipal airports. By early July of that year, landings and takeoffs per day at Batten had dropped by nearly two-thirds since the early 2000s.

Some established area companies just couldn’t make it through the Great Recession.

On the eve of 2008, Bert Jensen & Sons, a job shop and metal fabricator had just doubled its manufacturing space and expected growth at its new location at 2300 South St. But just 2½ years later, in May 2010, the owners announced that the 88-year-old business was finished, at the cost of a total of 40 jobs.

Ironically, Jensen & Sons weathered the heart of the recession better than many companies, enjoying a good first half of 2009, co-owner Ko Kryger said at the time.

But then things soured.

“In the second half, the bottom fell out. And we really have not recovered,” Kryger said.

The Great Recession apparently also pushed one of the Racine area’s biggest developers, Joe Mrazek, and seven of his companies into foreclosure in spring of 2009. Norstates Bank of Waukegan, Ill., filed a foreclosure action in Racine County Circuit Court against Mrazek of Mount Pleasant and seven of his limited liability corporations.

Each of those LLCs represented a commercial project, most of them developments by Mrazek, founder and president of Midwest-Interstate Realty Corp.

ProBuild, a large supplier of materials to professional builders and contractors and do-it-yourselfers, had bought the former Big Buck Building Center, 1955 Norwood Court, in mid-2008. The employer of 42 people whittled that number down to 13 by September 2010 and then announced the final shutdown of its Racine location.

The Great Recession also drove the final nails into the coffin of former national electronics retailer Circuit City which at the time had a store at 2710 S. Green Bay Road. In March 2009, after a devastating holiday shopping season, Circuit City announced it could not find a buyer and would liquidate its 567 U.S. stores and send another 30,000 people into unemployment.

Note: The original version of this story incorrectly indicated that Joe Mrazek was deceased. The error has been corrected.

Tomorrow, in print and at journaltimes.com, we'll talk to Racine Mayor Cory Mason and others about what lessons can be learned 10 years after the Great Recession.

The Great Recession in Racine County: What we learned

RACINE — Former Racine County Executive Bill McReynolds said that, during early 2008, he was optimistic about the area’s future.

Face your financial anxiety by reframing your relationship to money

How to cut the cost of preventative care

How to cut the cost of preventative care

These are the best tips and tricks for donating to charity

These are the best tips and tricks for donating to charity