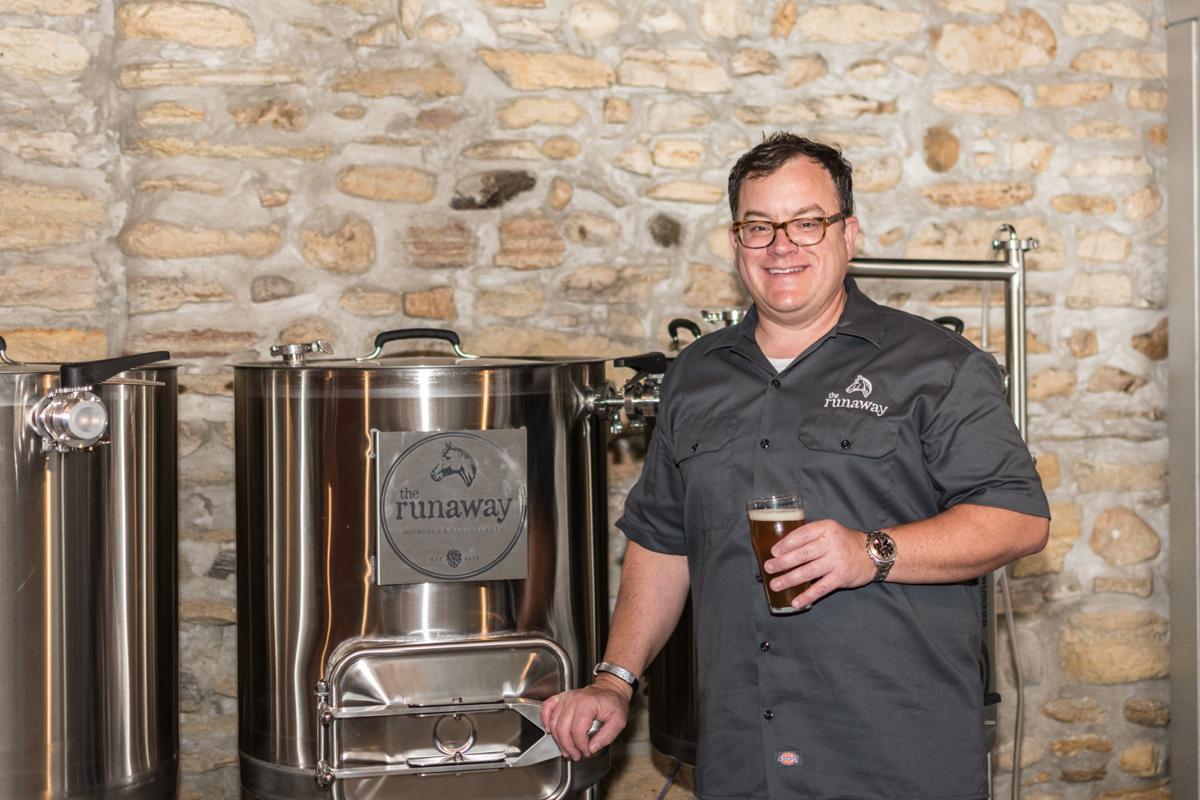 Bernard Petersen, a hobby beer brewer for 10 years, and his wife, Michelle, are building The Runaway Micropub and Nanobrewery at 109 E. Chestnut St. in Downtown Burlington. They hope to open in about March. 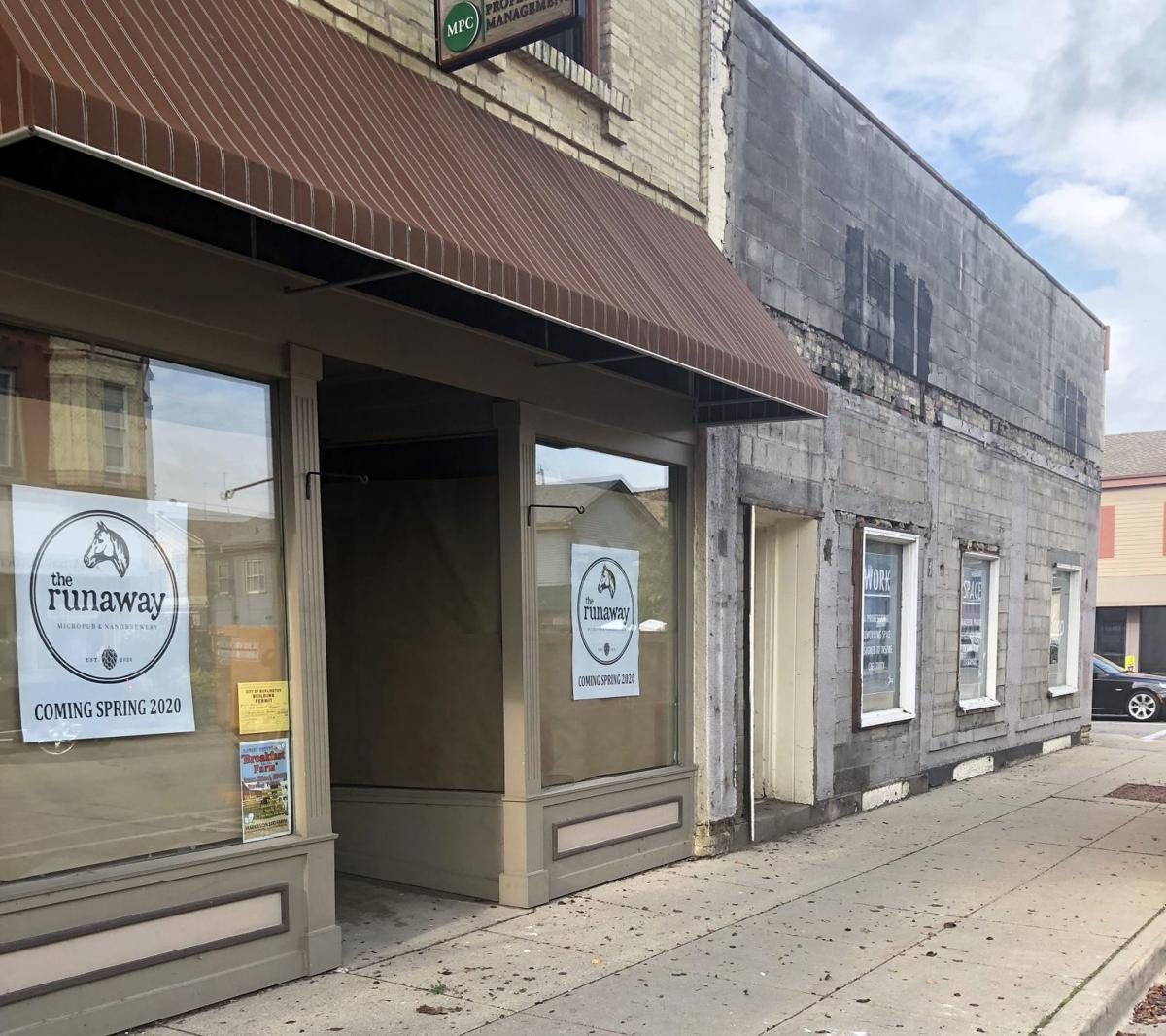 Bernard Petersen, a hobby beer brewer for 10 years, and his wife, Michelle Petersen, are building The Runaway Micropub and Nanobrewery at 109 E. Chestnut St. in Downtown Burlington. They hope to open in about March.

BURLINGTON — A local couple is setting up a Downtown Burlington business they hope will become a Runaway success.

Bernard and Michelle Petersen intend to open The Runaway Micropub and Nanobrewery at 109 E. Chestnut St. next spring. The couple, owners of MPC Property Management, are currently setting up brewing equipment inside the circa 1890 building the Petersens bought in 2010, and where they previously had part of MPC located.

Bernard has been a hobby beer brewer for the past 10 years. So, the Petersens are combining his skills with their desire to do something for the community: add a unique new business to Burlington’s steadily awakening Downtown.

The name Runaway, Michelle explained, comes from the fact that when their building was young, horses would occasionally get loose from their buggies and run around the town, and those chaotic events would make it into the newspaper.

The brewing will be performed in their building’s full, stone-walled basement; the Petersens are working with Milwaukee brewing equipment supplier Spike Brewing to set up their brewery.

A nanobrewery is commonly defined as one that makes no more than three barrels of beer per batch, and that is what Bernard plans to do. Michelle said they plan to have up to 10 different beers on tap at all times.

“The goal is to have something for everyone, and to create some twists on classic styles,” Bernard said. He cited examples such as milkshake IPAs (India pale ales), Brut IPAs and fruited ales.

Bernard said he will also brew some special releases with local ingredients, and he expects to do some collaboration with the coffee roastery planned next door to do some coffee stouts and porters.

“The goal is to keep things changing all the time,” he said.

The Petersens are aiming for a spring opening; in the meantime, Bernard will be making and stockpiling his beers.

In addition to beers, Michelle said Bernard will also brew sodas. “We really want to make it a family environment where you can take kids,” she said.

The first floor will have an approximately 1,100-square-foot taproom that will be able to seat up to about 50 people, she said. It has its original, 16-foot tin ceiling, and she said the room will have some additional metallic elements as well as wood.

Food will consist only of pub snacks, Michelle said.

The Petersens are also installing a rear patio for a beer garden, about 16 by 40 feet. Michelle said it will have tables with umbrellas and a pergola overhead.

Michelle said she and Bernard will operate The Runaway with the help of four to six employees. But it’s not going to be a full-time establishment. They anticipate being open from about early evening until close on Thursdays and Fridays and from midday to close on Saturdays.

The Petersens are not the only ones at work on a craft brewery project in Downtown Burlington.

In May the Sullivan family announced that Tim Sullivan, who was then brewing beer in Portland, Ore., planned to return home to build his own Downtown craft brewery and taproom at 700 N. Pine St., the former Burlington Standard Press building, which is about three blocks from the Runaway site.

“I am back in Burlington now, and the ball is rolling,” Sullivan said Wednesday. “Our current planning schedule is pointing to a June opening.”

Hungry for pizza? These spots are the best places to grab a pizza in Racine County, according to our readers and the results of our 2019 Best of Racine County contest.

A post shared by Wells Brothers Restaurant (@wellsbrothersrestaurant) on Sep 3, 2019 at 9:30am PDT

In photos: See what Burlington looks like from above

We all know what our city's streets look like from the ground. But flying above offers a whole new perspective.

Bernard Petersen, a hobby beer brewer for 10 years, and his wife, Michelle, are building The Runaway Micropub and Nanobrewery at 109 E. Chestnut St. in Downtown Burlington. They hope to open in about March.

Bernard Petersen, a hobby beer brewer for 10 years, and his wife, Michelle Petersen, are building The Runaway Micropub and Nanobrewery at 109 E. Chestnut St. in Downtown Burlington. They hope to open in about March.