The College Football Playoff would expand from four to 12 teams, with six spots reserved for the highest ranked conference champions, under a proposal that will be considered next week by the league commissioners who manage the postseason system.

A 12-team playoff would also include six at-large selections and no limit on how many teams can come from any one conference, a person familiar with announcement told The Associated Press on Thursday.

The CFP’s surprising disclosure comes a week ahead of a planned presentation to CFP officials in Chicago on June 17-18. It’s an important step in a process that has several more ahead.

If the presidents sign off, the next step is determining whether the plan can be implemented and when.

The four-team playoff was implemented in 2014, a natural progression from the Bowl Championship Series, which matched No. 1 vs. No. 2 in the title game from 1998-2013.

A 12-team field with six spots reserved for conference champions would guarantee at least one team from outside the Power Five conferences would be in the playoff each season. The Group of Five has never had a team crack the field of four or been particularly close.

Brisbane could be officially named host of the 2032 Olympics when the IOC meets in Tokyo next month.

IOC president Thomas Bach said after an executive board meeting that Brisbane can be awarded hosting rights at a July 21 meeting ahead of the Tokyo Olympics.

The Australian city’s victory already looked certain after it was put on the fast track in February by being named the preferred candidate without a formal opponent.

Australia last hosted the Olympics in 2000, with the popular success of the Sydney Games. Coates also led those bidding and organizing committees. The 2024 Olympics will be held in Paris, with the 2028 Games in Los Angeles.

Ajax goalkeeper André Onana had his ban for a positive doping test cut to nine months and can resume playing in November.

The Court of Arbitration for Sport found Onana was not at significant fault and reduced his one-year ban by UEFA.

The ban now ends on Nov. 3 and Ajax said Onana will be allowed to restart training with his teammates on Sept. 4, two months before the ban expires.

The ruling could see Arsenal step up its reported interest in signing the 25-year-old Onana, who is cleared to play for Cameroon at the African Cup of Nations in January. 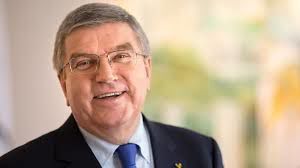 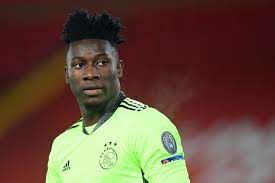