Chief among them is the Kenosha Guard, the group led by former Kenosha Alderman Kevin Mathewson, who issued a call to arms amid rioting following the Aug. 23, 2020, shooting of Jacob Blake by a Kenosha police officer.

Dozens, if not hundreds, of armed individuals poured into the city, vowing they were there to defend private property. Among them was Kyle Rittenhouse, the Antioch, Illinois teenager who shot three men on Aug. 25, 2020, killing two of them.

The list was published Tuesday by The Intercept, an online publication that specializes in publishing leaked information from private companies and government agencies.

Rittenhouse’s trial in the shootings is scheduled for next month. He and his supporters assert he only acted in self-defense. His attorneys have tried and failed to get dropped a charge of Rittenhouse carrying a firearm; as he was 17 the night of the incident, he could not legally possess a firearm.

In the hours before the shootings, Rittenhouse described himself to media outlets as being part of a militia.

Facebook deemed the Kenosha Guard, along with Kenosha Citizens Militia — which also was reportedly present at the August 2020 riots — and Kenosha Militia KTP, to be an Armed Militia Group and categorized all three as being part of a “Militarized Social Movement.”

The Kenosha Guard’s Facebook event listing, called armed individuals to Kenosha before the deadly night of Aug. 25 was, according to reporting based on documents leaked to Buzzfeed News, reported to Facebook more than 450 times after it was created but was repeatedly cleared by Facebook moderators for being “non-violating” of the website’s terms of use.

Facebook gave five other groups with Wisconsin in their name the same designations and bans:

The Proud Boys, a far-right male-only organization, has come to Rittenhouse’s cause and serenaded him at a Mount Pleasant bar in January, although Rittenhouse’s attorneys have said he’s never been a member of the group. People wearing Proud Boys apparel were present during the Kenosha riots.

Also listed was the 417 Second Amendment Militia. Two men affiliated with that group — Michael M. Karmo, 40, and Cody E. Smith, 33, both of Hartville, Missouri — were charged last year with illegal possession of firearms after being arrested Sept. 1, 2020, at a Pleasant Prairie hotel. According to the criminal complaint, the Kenosha Police Department informed the FBI that the department had received a tip that Karmo was traveling from Missouri to Kenosha “to loot and possibly ‘pick people off.’”

The Facebook-ban list also includes international terrorist groups such as al-Qaida and the Islamic State, and street gangs such as the Gangster Disciples and Mara Salvatrucha (MS-13).

No other groups on the banned list mention any of Wisconsin’s four other biggest cities (Milwaukee, Madison, Green Bay or Racine) by name.

As The Intercept reported: “The restrictions appear to trace back to 2012, when in the face of growing alarm in Congress and the United Nations about online terrorist recruiting, Facebook added to its Community Standards a ban on ‘organizations with a record of terrorist or violent criminal activity.’ This modest rule has since ballooned into what’s known as the Dangerous Individuals and Organizations policy, a sweeping set of restrictions on what Facebook’s nearly 3 billion users can say about an enormous and ever-growing roster of entities deemed beyond the pale.”

According to The Intercept, it “is publishing the list because of public concerns about the bias in Facebook’s moderation, so that readers may draw their own conclusions about the quality of that moderation.”

The Intercept further reported that “as with other attempts to limit personal freedoms in the name of counterterrorism, Facebook’s DIO (Dangerous Individuals and Organizations) policy has become an unaccountable system that disproportionately punishes certain communities, critics say. It is built atop a blacklist of over 4,000 people and groups, including politicians, writers, charities, hospitals, hundreds of music acts, and long-dead historical figures. A range of legal scholars and civil libertarians have called on the company to publish the list so that users know when they are in danger of having a post deleted or their account suspended for praising someone on it. The company has repeatedly refused to do so, claiming it would endanger employees and permit banned entities to circumvent the policy.”

As of 2021, there are more than 2.89 billion active Facebook users, amounting to more than one-third of the world population. That number of users is greater than the populations of the world’s two most populous nations, China and India, combined.

Despite this, sworn testimony by Frances Haugen — a Facebook whisteblower who came forward on “60 Minutes” earlier this month and testified before the U.S. Senate last week — and other leaks show that Facebook is trying harder to target children and get them hooked on its platform at earlier ages.

IN PHOTOS: The aftermath after the first night of civil unrest in Kenosha after shooting

Two sex offenders to be released in City of Racine 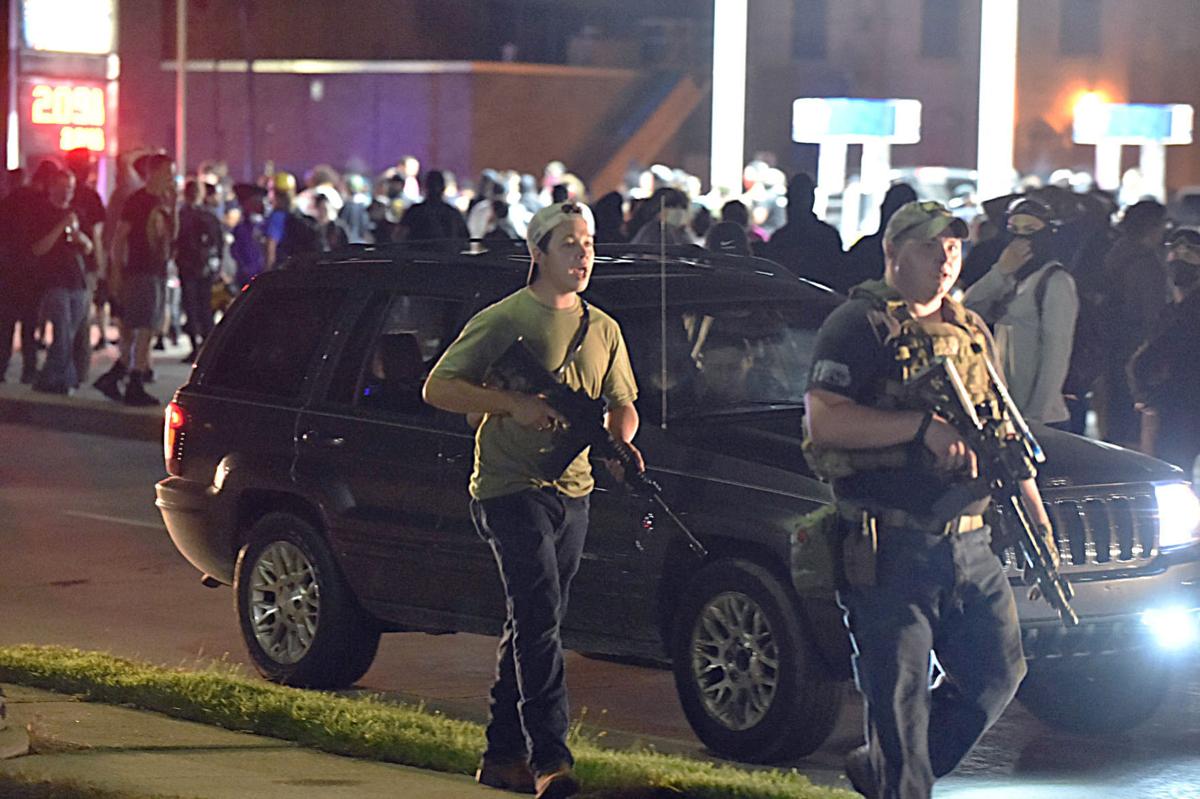 Kyle Rittenhouse, left, walks along Sheridan Road with another armed civilian on Aug. 25, 2020. Rittenhouse, then 17 years old from Antioch, Illinois, is on trial for shooting three people, killing two of them. 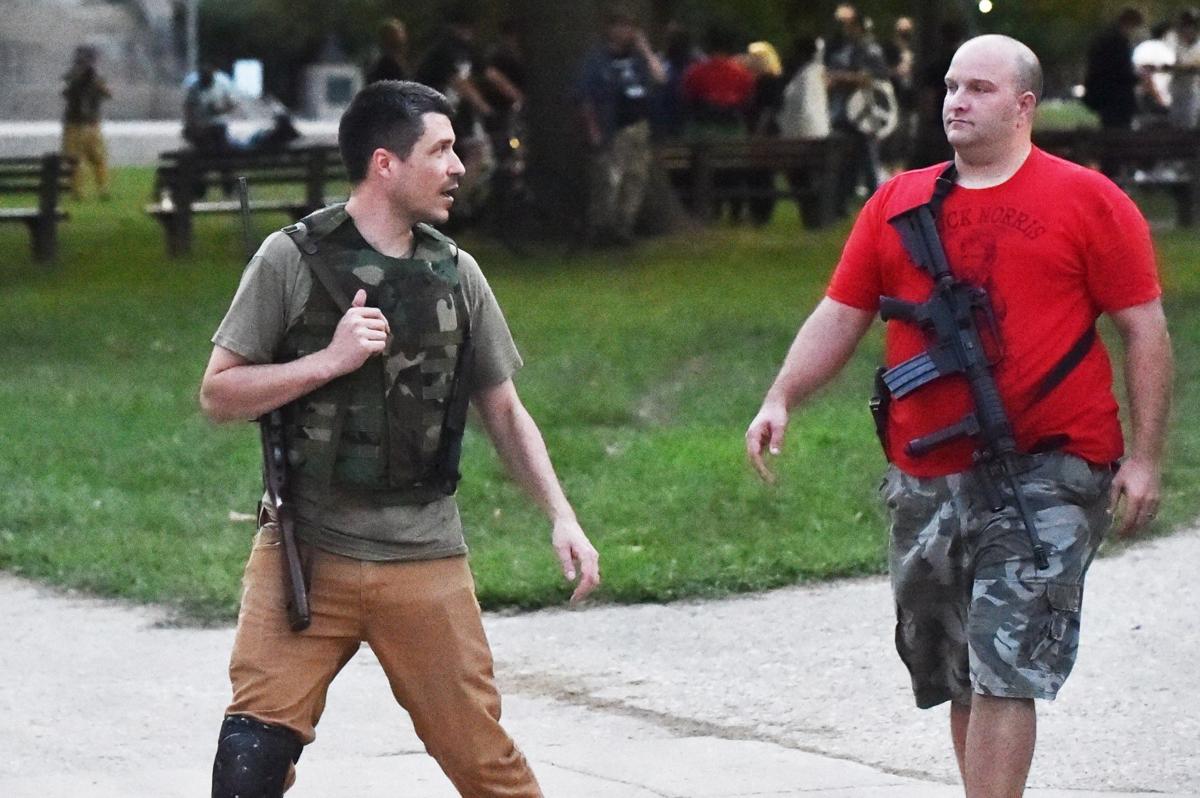 Two men openly carry firearms in the early evening of Aug. 25, 2020 at Civic Center Park in Downtown Kenosha, before protests turned violent and two people were killed by 17-year-old Kyle Rittenhouse of Antioch, Ill. At right in this photo is Kevin Mathewson, a former Kenosha alderman, who called armed men to gather on the streets in Kenosha that day via the now-deleted "Kenosha Guard–Armed Citizens to protect our Lives and Property" Facebook page.