KENOSHA — On Election Day Eve, President Donald Trump spoke for 75 minutes at Kenosha Regional Airport in what was his second-to-last campaign event of 2020.

It was his fourth campaign stop of the day, and arguably his fifth since he finished speaking after midnight Sunday in Miami.

After speaking in Kenosha, he flew to Grand Rapids, Mich., for his final rally of the day.

The reason he chose Grand Rapids for his final stop, Trump said, was he is a “little superstitious” and that’s where he finished his successful 2016 campaign.

On Election Day, Trump was planning to watch results from the White House.

Trump spent his time in Kenosha reminiscing about his 2016 win, remembering reports saying the lifelong businessman and television showman was expected to lose hours before the election fell in his favor. For winning that night, Trump said he had Wisconsin to thank.

A supporter takes a selfie before President Donald Trump speaks at a campaign event at the Kenosha Regional Airport Monday.

“You’re the one who put us over the top,” he told hundreds of bundled-up, adoring supporters on the 45-degree night, recalling how several organizations called the 2016 election after Wisconsin was called in his favor.

He’s looking to Wisconsin to back him again and give him another narrow win. The most recent rolls showed Biden with a lead between 5 and 10 points in Wisconsin, slightly larger than Clinton’s poll lead in 2016.

Regarding the riots that broke out in late August after the Jacob Blake shooting, and not mentioning the peaceful protests that followed, Trump said “we saved Kenosha” by sending in the National Guard.

That’s a statement that Kenosha’s leaders have said is inaccurate; “Kenosha is a strong community, we were going to come back regardless … Kenosha’s going to be on the comeback, and for someone to say that we wouldn’t exist but for their actions, I believe it to be false,” Kenosha County Executive Jim Kreuser said in August.

Also, the National Guard was also ordered to Kenosha by Gov. Tony Evers, not the president — although Trump, U.S. Rep. Bryan Steil and other Republicans have criticized Evers for not ordering more troops in sooner.

Trump also continued to imply that “violent” and “liberal” “mobs” will run the streets if Biden wins. Biden has repeatedly said that crimes of property destruction and rioting will be prosecuted should he be elected.

During a simultaneous rally at Civic Center Park, state Rep. David Bowen, D-Milwaukee, who is Black, said that “No. 45 tried to come to Kenosha and exploit our pain.” At that same rally, several speakers criticized the Trump administration for not saying “Black Lives Matter” or more vocally supporting “Black lives,” particularly those killed or wounded by police such as Breonna Taylor, George Floyd and Jacob Blake.

“What do you think Trump is going to do to protesters if he wins? He’s going to be hard,” Frank Sensabaugh, aka “Frank Nitty,” a Milwaukee-based activist, said while calling for Wisconsinites to vote against Trump on Tuesday.

From the archives: 100 years of election front pages

“As long as I am president, we will remain the No. 1 producer of oil and natural gas in the world … we don’t need foreign nations anymore,” Trump said.

Regarding the coronavirus, Trump claimed — one day after saying he may fire Dr. Anthony Fauci, one of the nation’s top coronavirus response leaders, after Election Day — “we are rounding the curve” and “we have great vaccines coming” in the next few weeks. However, the CDC predicts that no vaccine will be ready for distribution until at least January. Also, in Wisconsin, the case rate, rate of positive coronavirus tests and number of COVID-related deaths are all trending upward. None of the state’s public health leaders think that Wisconsin is in good shape, with all but two counties in the state considered to “very high” rates of COVID spread.

Throughout his speech, Trump remade many of the same promises that have lasted through the last four years: to “make America great again,” to “drain the Washington swamp” and to “save the American dream,” all efforts he says “we are doing now” near the end of his fourth year as president.

After claiming that Wisconsin remains in “lockdown” even though there are few active statewide restraints in effect right now, Trump said that kids should be in schools. While many elementary and high school students in Wisconsin are attending school in person, other districts remain virtual.

Trump repeated his claim that no president other than Abraham Lincoln has done more for Black Americans.

However, the speakers at the “Get Out The Vote” rally shared beliefs that Trump was in fact hurting African Americans by not supporting police reforms.

IN PHOTOS: President Trump and Joe Biden in Kenosha

IN PHOTOS: President Trump and Joe Biden in Kenosha

UPDATE: Cuts to services could be coming for Racine after voters reject tax increase for public safety

City of Racine voters resoundingly rejected allowing taxes to be raised by $2 million cumulatively in order to hire more police.

From ‘well qualified’ to ‘an embarrassment’: Robin Vos’ 180-degree reversal on Michael Gableman

With win over election denier, Wanggaard poised to be Racine County's longest-tenured state senator ever

If Michael Gableman is now an “embarrassment to the state” and may soon be fired, as Assembly Speaker Robin Vos said Tuesday, Democrats and other progressives are wondering why he wasn’t fired months ago.

An important set of competitive and divisive partisan primary elections are on ballots across Wisconsin and in Racine County Tuesday.

Will Martin, a candidate for Wisconsin lieutenant governor who has lived in Racine since 2019, announced a slew of endorsements Friday from area officials who back his campaign.

Drop boxes are still legal in Wisconsin. Just, not for voting

All over Wisconsin, drop boxes continue to be used as a secure way for the public to deliver important documents to the government, even though they are not explicitly authorized under state law. You can pay your taxes via drop box. Applications for engineering permits can be delivered via drop box. Library books are returned in drop boxes. Traffic tickets can be paid through a drop box.

In an election year with elevated stakes, meet the candidates for Wisconsin Secretary of State

The Republican candidates want to expand the elected office’s power to oversee elections, while Democratic candidates oppose the idea.

WATERFORD — Two Republicans are seeking to represent Assembly District 83 in Madison. They are Nik Rettinger and Pat Goldammer.

Harry Wait wants to be charged. That way, he says he could open up ‘Pandora’s Box’ for elections officials

Harry Wait says he is unsurprised he has not been arrested yet, but he is indicating that he wants to be criminally charged. That way, he may get access to more government documents, and thus be able to create more headaches for elections officials and pressure them to change the system he believes is susceptible to fraud. 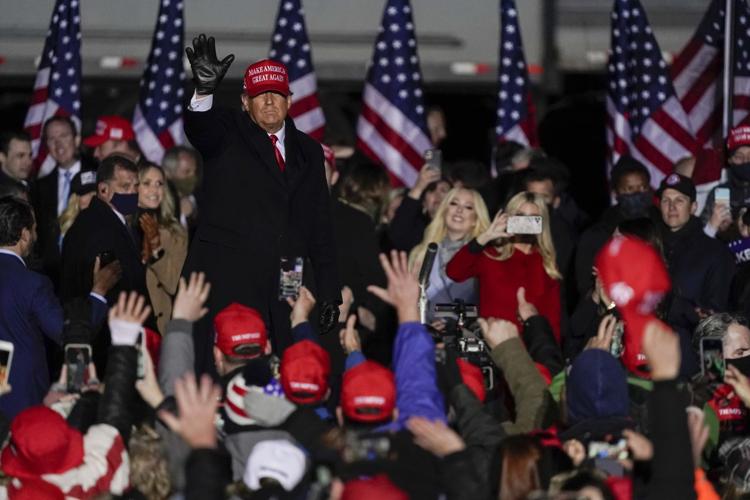 President Donald Trump waves to the crowd after speaking at a campaign event at the Kenosha Regional Airport Monday in Kenosha. 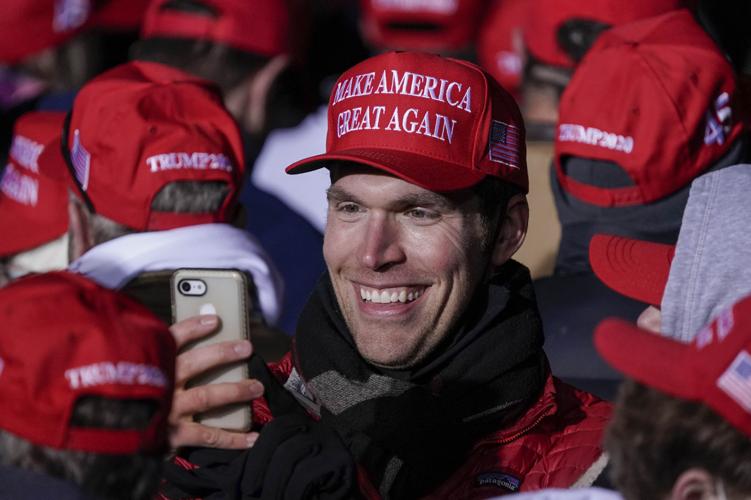 A supporter takes a selfie before President Donald Trump speaks at a campaign event at the Kenosha Regional Airport Monday.